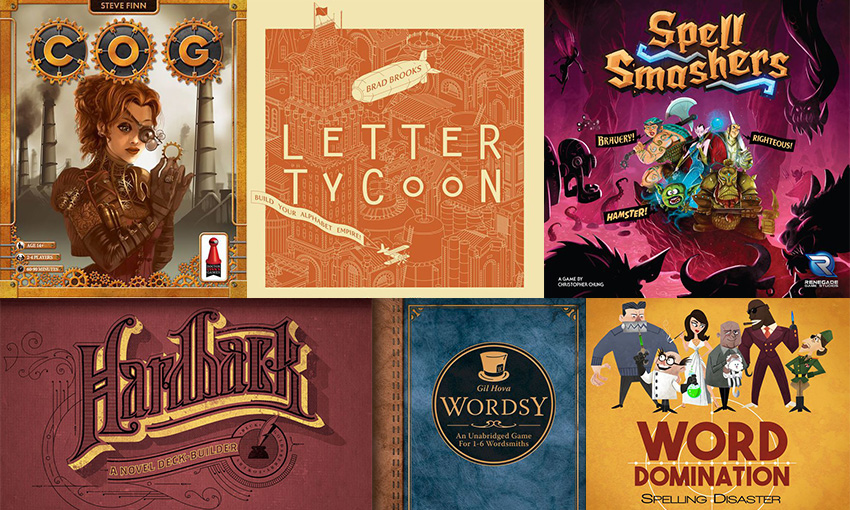 Truth be told, I generally don’t love spelling games.  Or, at least that’s what I used to think.  But recently, a pile of truly excellent spelling games, each with unique themes, mechanics, and aesthetics, have come into the market, and they have absolutely changed my attitude on the entire genre.  So here’s a list of 5 next-level spelling games for every pallet…and one really unique honorable mention. 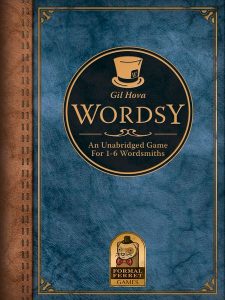 This little gem from master game designer Gil Hova (well, we think he’s pretty great, anyway) lets players make words with whatever letters they want, though they will only score points for the letters they use from the communal pool of cards.  It’s a simple-enough premise that will have you pondering the pile, trying your best to figure out how to use that B, Z, E, and Y all in the same word (‘byzantine’, by the way.) 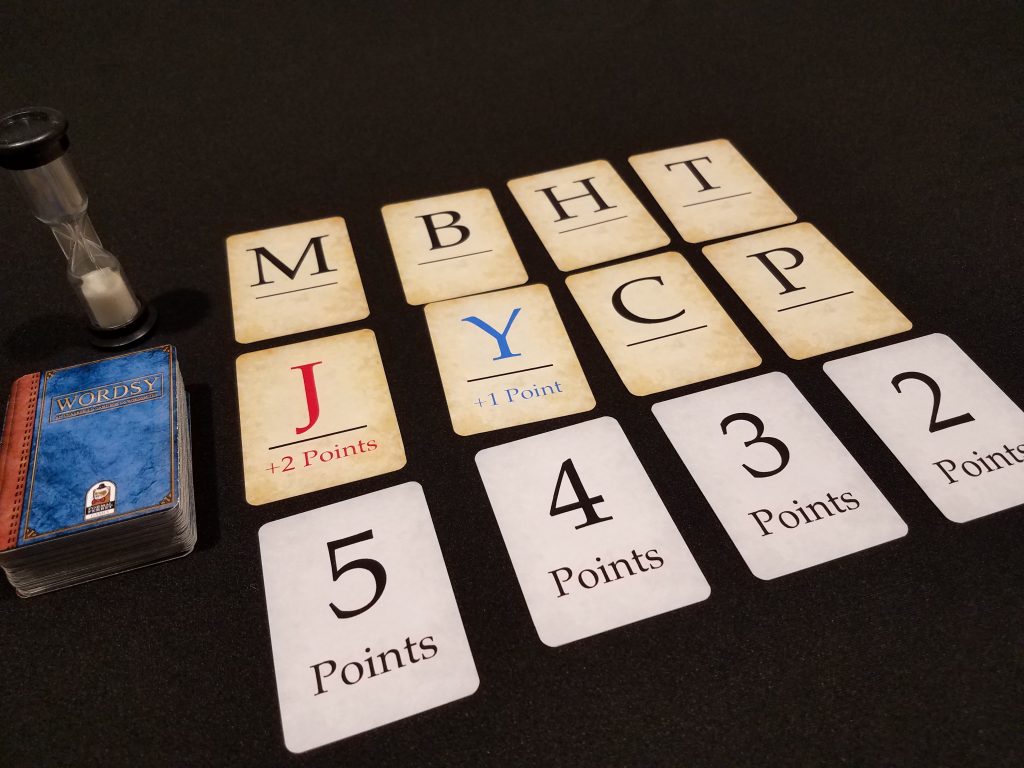 Because they combine an individual’s unique thought-process and (generally) limited resources, spelling games definitely have the potential for that most unwelcome of player behaviors – analysis paralysis.  Wordsy does away with that by introducing the tension of a timer.  However, what triggers the timer is the brilliant part of Wordsy’s design – it’s only after the first player commits to their word.  So at first, everyone is free to ponder, but as soon as someone locks in, the race is on.  We love that because it actually introduces this incredibly organic press-your-luck pressure of how long you can take to contemplate your word choice. 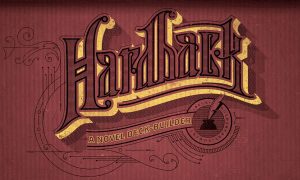 Tim Fowers has a gift for making spelling games feel unique – his first great success was with the fantastic Paperback.  Now, working with co-designer Jeff Beck (who we’ll hear more from in a bit), Hardback builds on the spelling/deck building mashup concept in a new way.  Each card you add to your deck is associated with a genre, and Hardback is as much about playing clever card combos as it is about coming up with clever words. 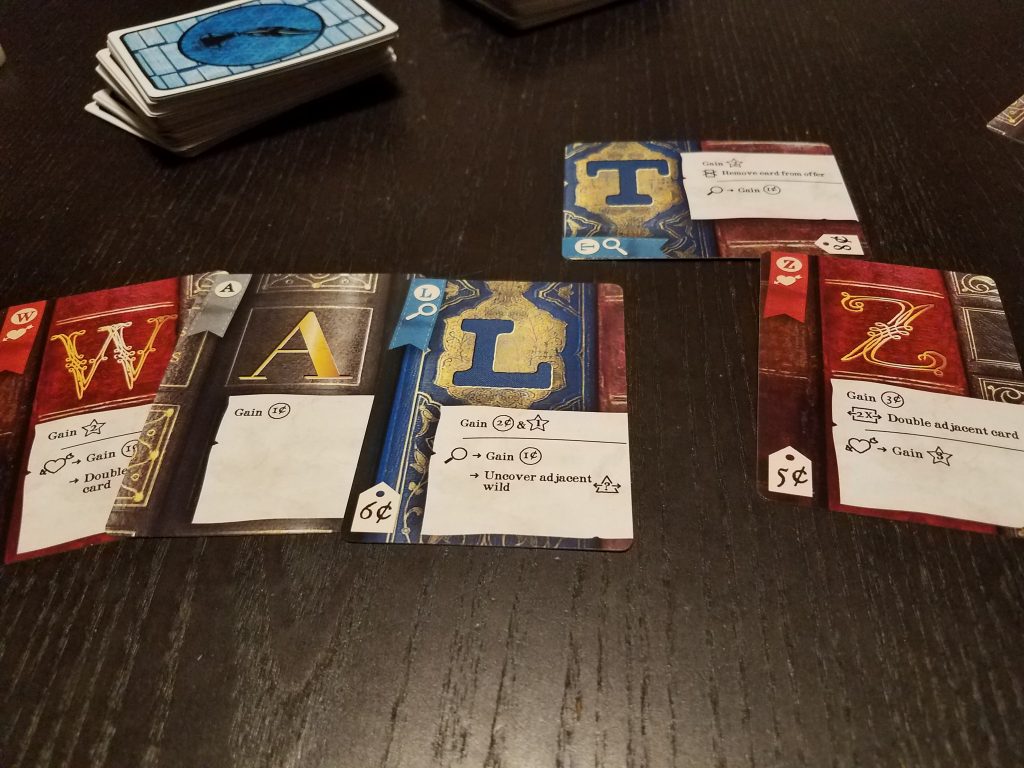 The genre bonuses reward players for specializing in a realm of writing, amplifying the special effects of each card from the same genre played together, and any card can become wild to help with the challenge of word-building.  Hardback has really nice presentation (featuring Ryan Goldsberry’s iconic aesthetic) and feels both reminiscent of other deck builders and completely unique – a really successful combination of both genres.

Hardback can be ordered directly from Fowers Games! 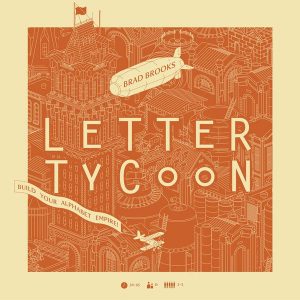 Letter Tycoon’s unique twist on the spelling genre (aside from it’s really smooth art-deco aesthetic) is the concept of purchasing letters out of the communal pool that all players are working from.  By cornering the market on a valuable letter, other players will end up paying you for its use, but less-used letters also come with unique special powers to increase their demand in the market. 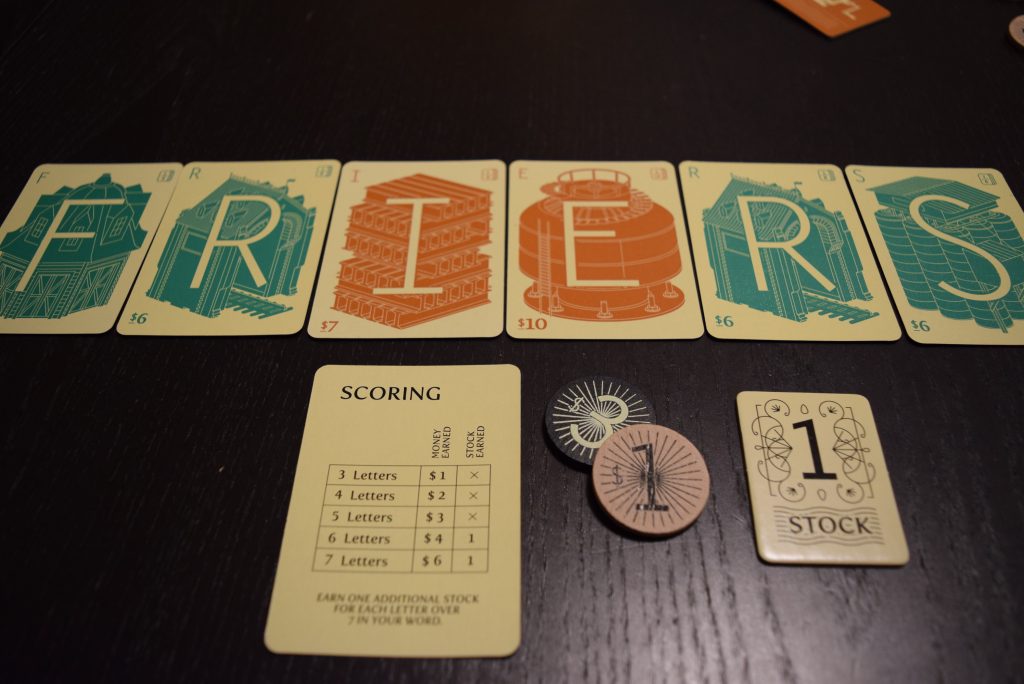 This capitalistic take on spelling creates really clever gameplay decision-points and player interactions across this relatively quick, easy-to-play game.  If you’d like to get a more in-depth look, check out our full review! 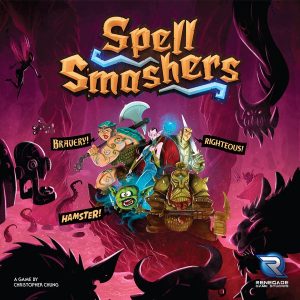 We reviewed and loved this fantasy-themed spelling game very recently, and we’re still playing the heck out of it.  Spell Smashers has players flexing their spelling muscle in order to bash their way through piles of fantasy foes, each of whom can only be defeated by clever management and applications of letter cards. 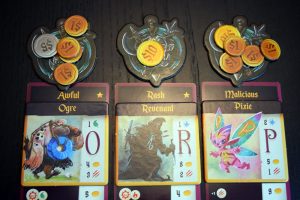 Featuring some really cool mechanics, like wounds in the form of difficult-to-use letter combos or gear that rewards you for certain kinds of spelling feats, Spell Smashers is a really slick implementation of the spelling genre wrapped up in a rich, well-presented theme. 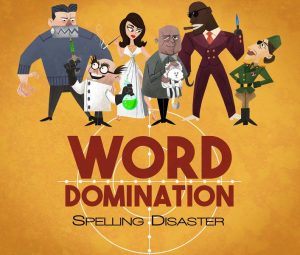 We did a full review of Jeff Beck’s Word Domination not too long ago, and our appreciation of this unique hybrid has only grown since then.  Combining area control elements with spelling mechanics, letting players ‘steal’ letters for themselves to always have at their disposal, spiking in variable player powers – this game goes well beyond the mold of the traditional spelling game in all the best ways. 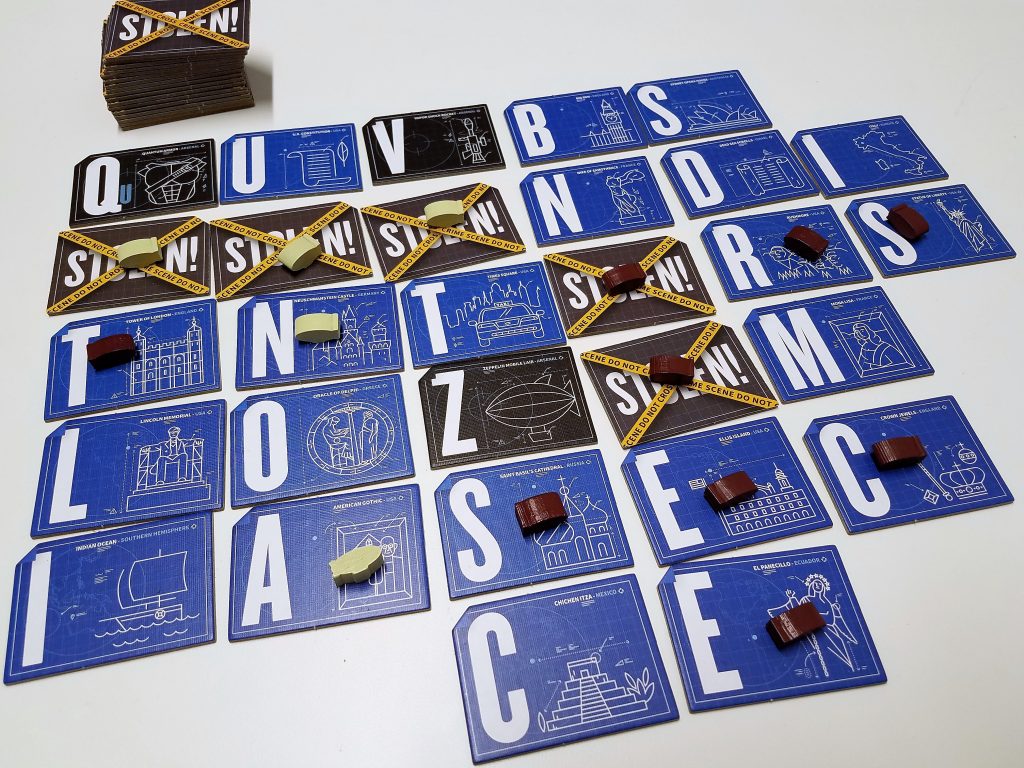 What we love most about Word Domination is how distinct it feels from other spelling games – the hybridization of these traits and mechanics make the game have a feel we haven’t really seen before, and the fact that it all comes in such a tight package makes it even more likely that it will make appearances at game nights and group gatherings!

Word Domination can be ordered here!

Andrew: So those are 5 truly fresh, fun spelling games that might convert even the most spelling-opposed player in your group.  But if you’ve got a stickler who simply insists that ‘Spelling games aren’t for me’, you can always introduce them to our honorable mention… 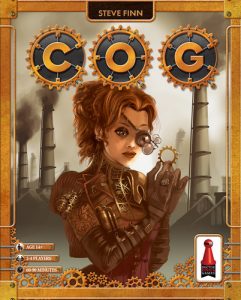 Ok, so G.O.G. isn’t a spelling game.  This steampunk worker placement race never leaves you wondering what to spell – the words each player is trying to spell are already predetermined.  Your task isn’t coming up with what to spell, but rather using your workers to produce the letters you’ll need to spell your goal words. 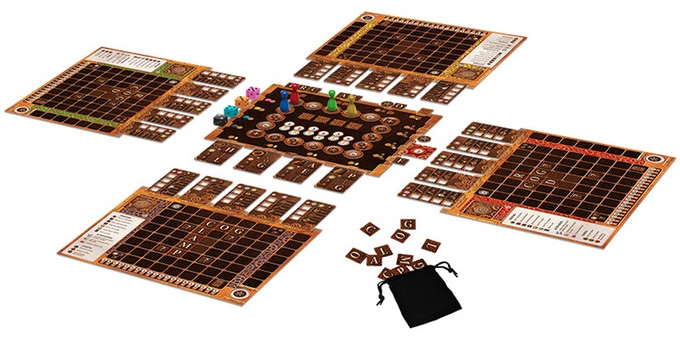 C.O.G.’s gameplay is distinctly Euro – the themes of spelling and steampunk all sit on top of a strategic, thinky worker placement engine.  The way players use actions and block each other are at the heart of gameplay.  Sure, it’s not a spelling game, but it’s engaging and interesting, and hey, it’s technically about letters.

C.O.G. can be ordered directly from Dr. Finn Games!