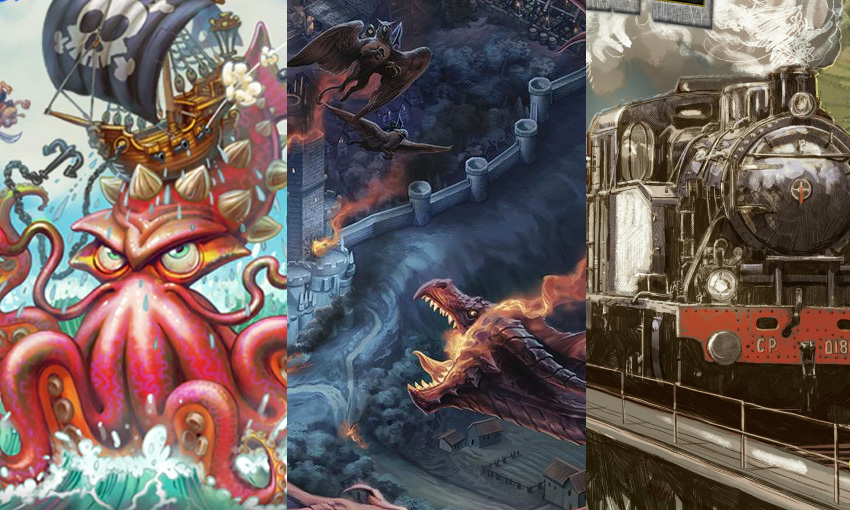 Well, the holidays are over, and I have to say that it’s been slow-going getting back into the routine.  Kickstarter seems a bit slow at the moment, too, so this week we’re taking a look at 3 (instead of 5) projects that caught my eye. 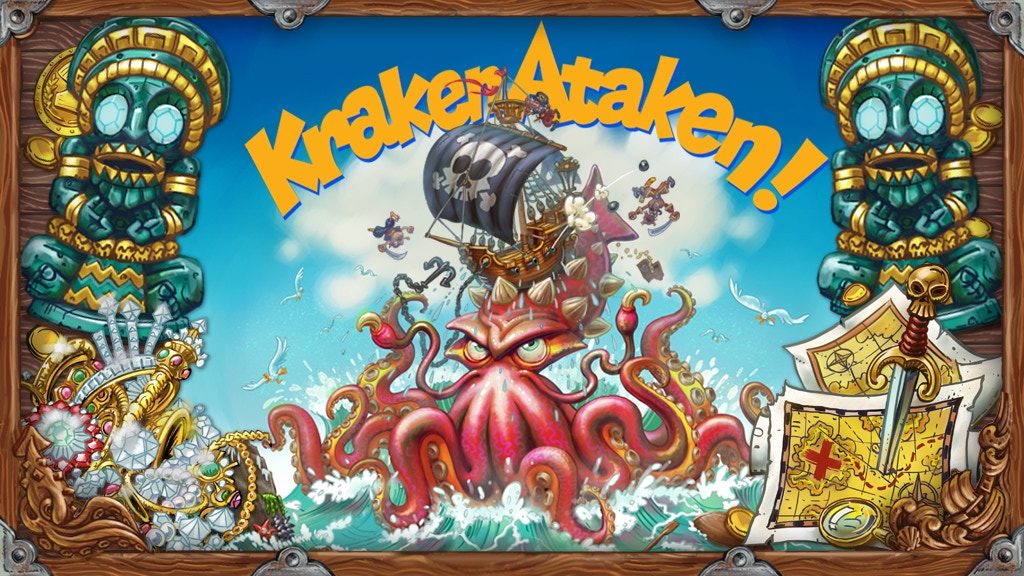 So there are a lot of games about pirates right? Pirates battling on ships, pirates stealing treasure, pirates getting lost, the list goes on and on, but while there are plenty of pirates in Kraken Ataken, you won’t be playing those scurvy dogs.

Nope, this time around you’re the Kraken! 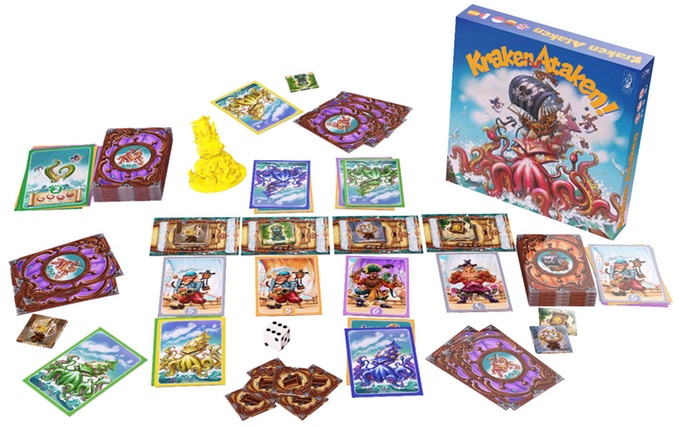 Yes, as betentacled sea-beasts you’ll be attacking the pirates and trying to claim their treasure, but your opponents (other Kraken) are also after the loot. You’ll need to outwit your enemies and lure them into ambushes as you battle with your tentacles. Get your suction cups on Kraken Ataken here on Kickstarter. 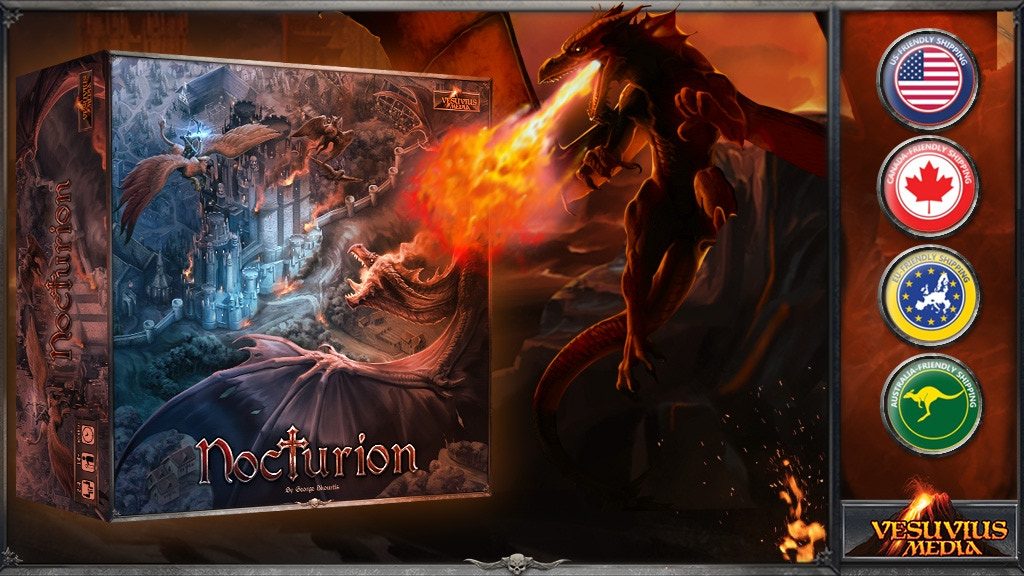 Vesuvius Media Ltd has a beautiful new worker placement and resource management game, Nocturion on Kickstarter right now.  Featuring art by  Damien Mammoliti, the artist behind Brass, the game has the players looking to earn reputation with the Emperor completing quests around the realm. 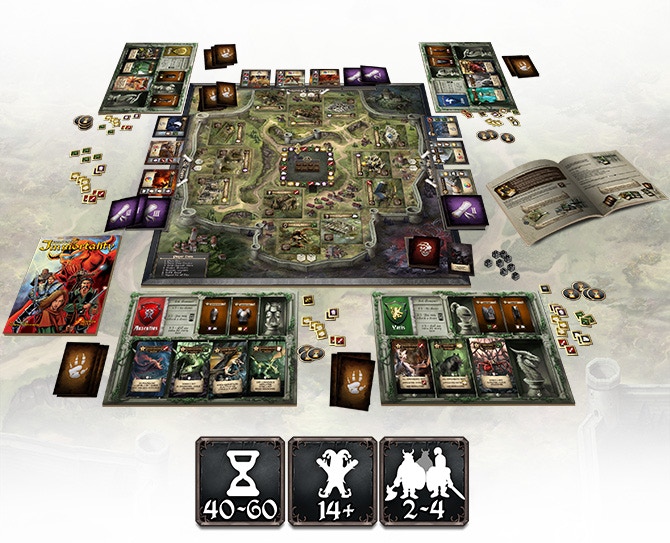 The main locations of the game are randomly populated by 12 different tiles so Nocturion promises a lot of replayability. I’m particularly intrigued by the character board which lets you equip armor and stable beasts who have a variety of powers which can help you throughout the game as well as the fact that the dice are your workers. Each round starts with a pool of freshly rolled dice that players will draft from. Between the many locations and the randomness of the dice, I’m betting that each game of  Nocturion will feel fresh and challenge you to change up your strategies. Go check out Nocturion on Kickstarter here to learn more. 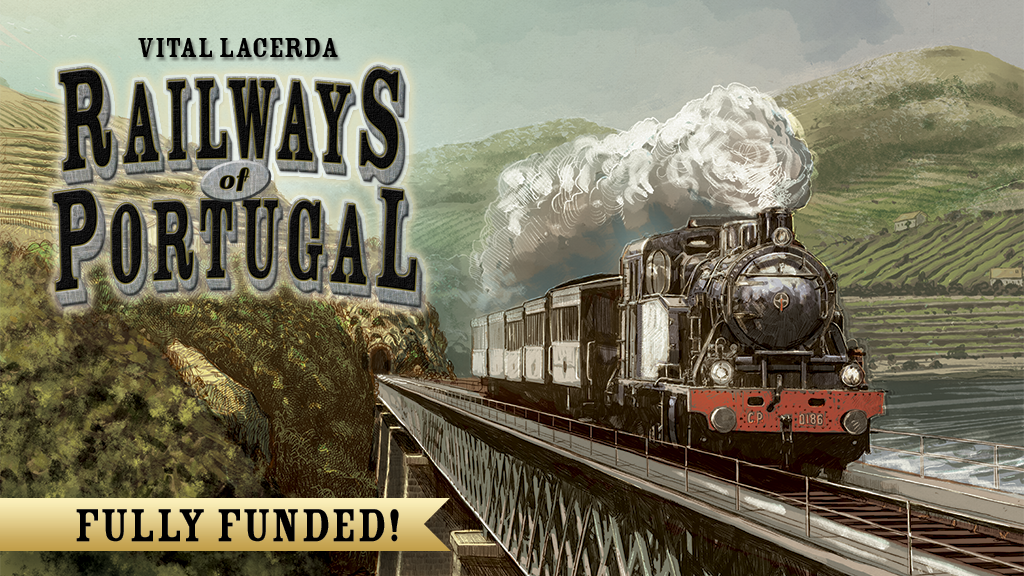 Railways of the World is a route-building game by Glenn Drover and Martin Wallace. Now Vital Lacerda, designer of  the Gallerist, Lisboa, and Escape Plan, is adding his touch to the game through a new expansion: Railways of Portugal. 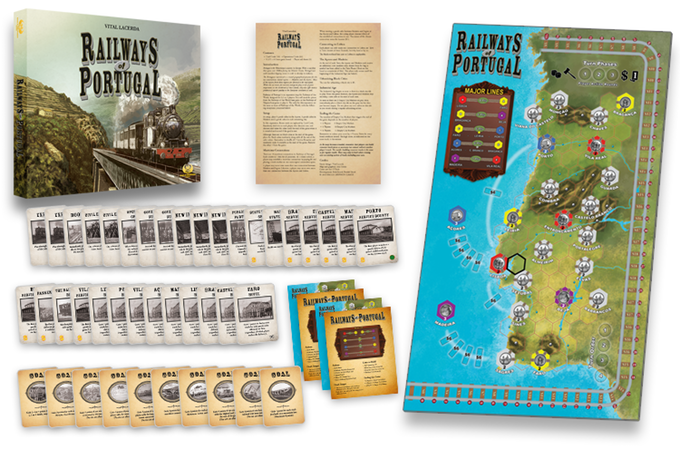 This expansion adds a new, tighter map, new operations cards, and goal cards. The game also changes things up a little through a few rule tweaks. As part of the campaign, backers will get a free 3-card promo pack. You do need to have either the Railways of the World  base game or Railways of Nippon in order to play, but if you love train games then you should definitely check out the series. Visit Railways of Portugal on Kickstarter here.

Seen any fun Kickstarters I might have missed? Let me know in the comments below!