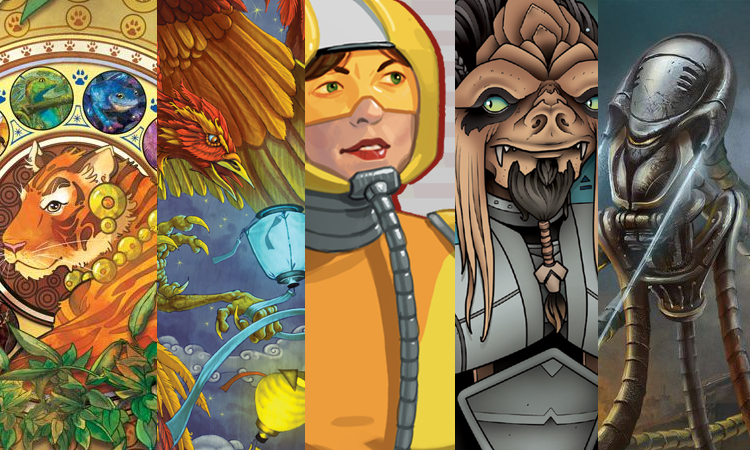 If this is your first time here, Welcome! Each week I scour Kickstarter for the most exciting, entertaining, or oddball Kickstarters I can find and list them off here for your convenience! 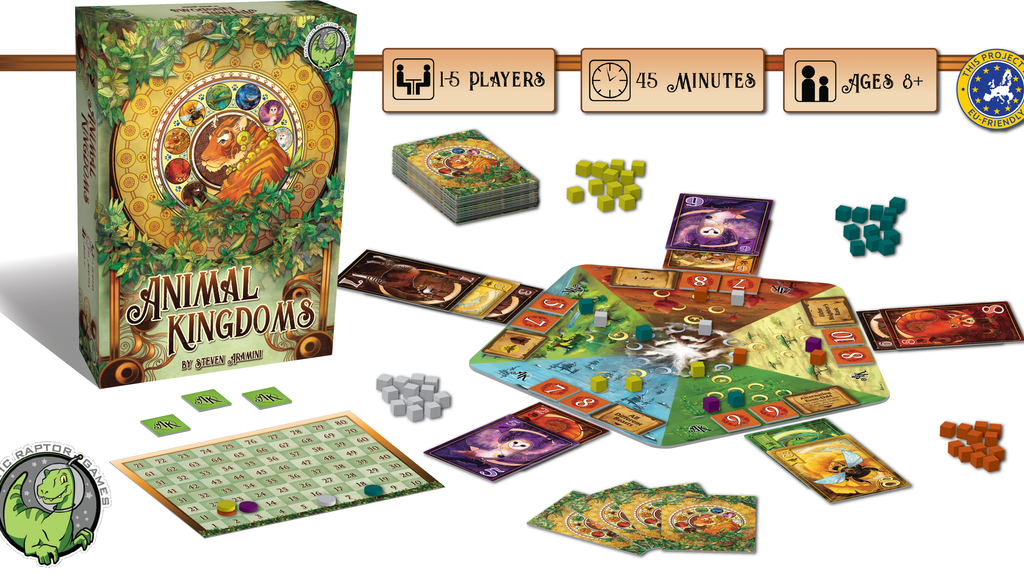 Having had a chance to play Animal Kingdoms, I can say this one’s a winner. In the game you are trying to gain majorities in different kingdoms, by playing cards that meet the decrees of those kingdoms. The decrees are randomly selected at the beginning of each round, so it provides a lot of replayability and forces you to evolve your strategy as you play. 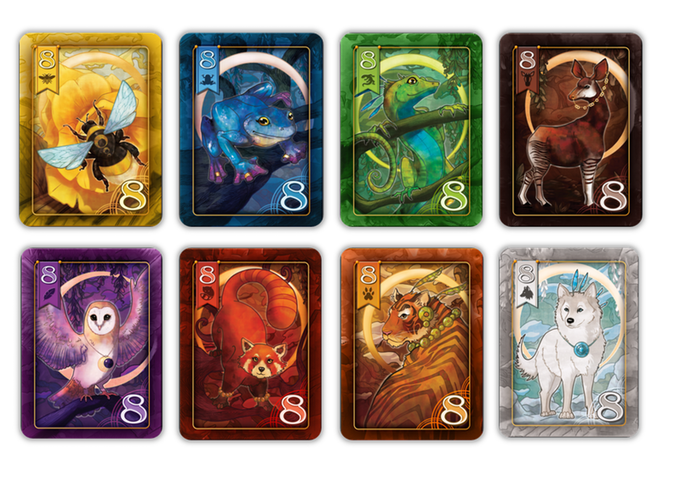 Gameplay aside, Animal Kingdoms is gorgeous. The art is what first drew me into the game and I cannot wait to see what the finished product looks like. Learn more about Animal Kingdoms on the Kickstarter campaign and read our full preview here.

Here’s another game I’ve had the pleasure to play. At this past Pax Unplugged the Calliope crew let Andrew and I play through the game and I was really surprised at how much Tsuro has evolved since the original game. 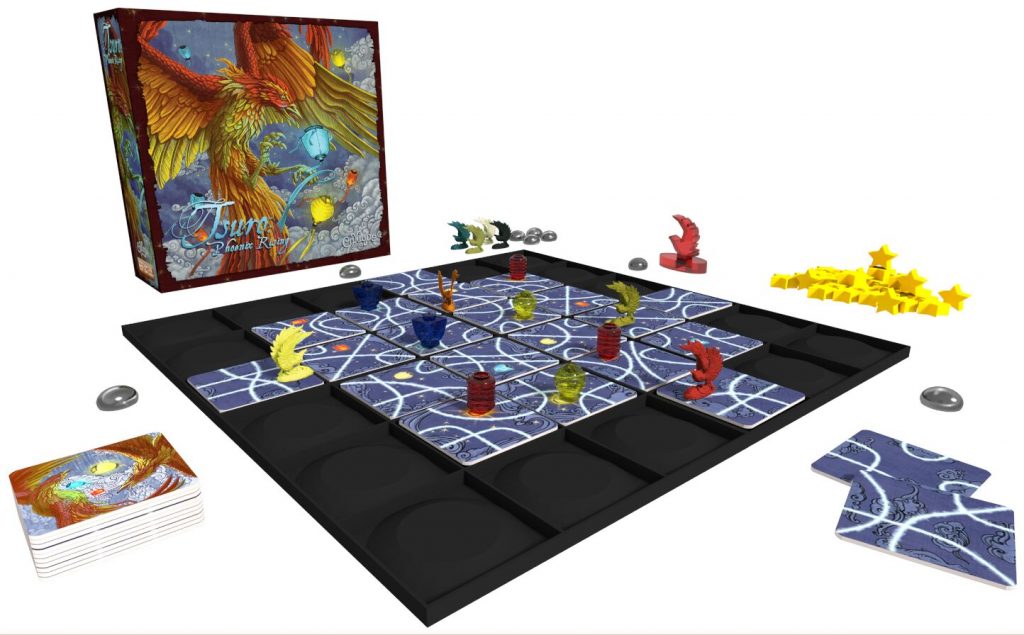 Phoenix Rising adds a lot of new rules that don’t overly complicate the game and add a lot of fun elements. Now, just like the phoenix rising out of the ashes, you can come back from being knocked out of the game 1 time, giving you the opportunity to start in a new location. There are also new paths that let you travel diagonally and as the tiles are double-sided, you’ll be flipping them over using a fancy new board. Lastly there is a new set collection element, where you’ll be passing lanterns and using your phoenix powers to turn them into star points.

This is a fantastic new version of Tsuro and I cannot wait to see how the finish product comes out. Fly on over to the Tsuro: Phoenix Rising Kickstarter to learn more. 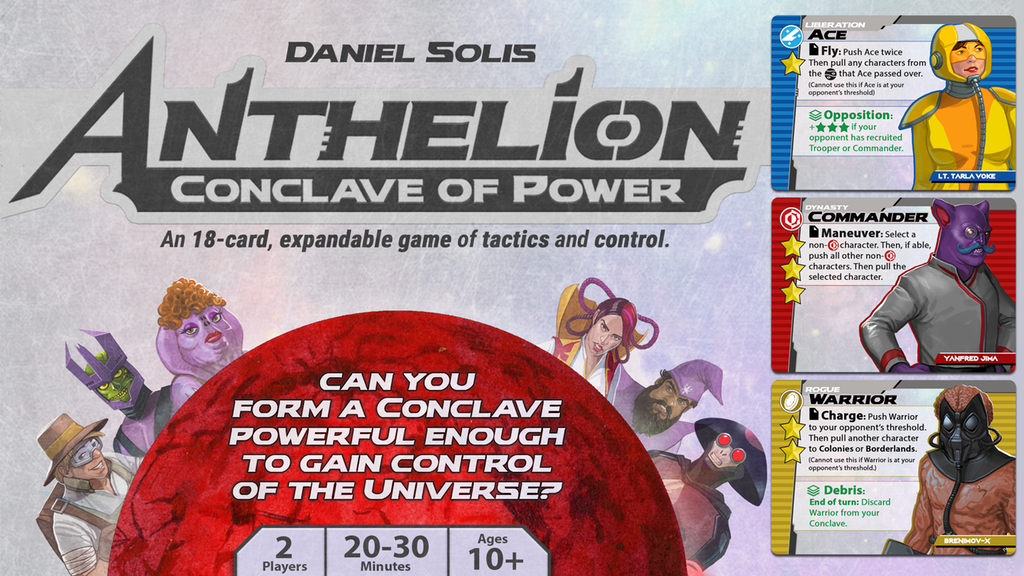 Daniel Solis has a new pocket game on Kickstarter that uses the base gameplay of Buttonshy’s popular influence manipulation game, Avignon: A Clash of Popes, and takes it to galactic proportions. 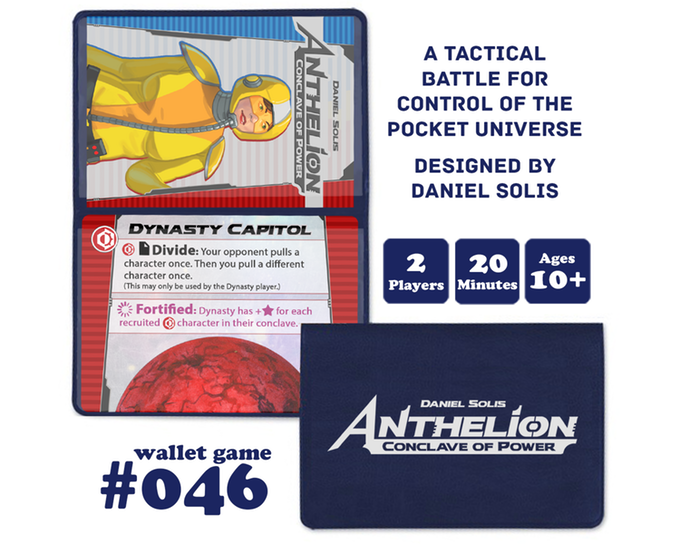 In the game you are trying to gain 10 pints of influence by moving characters into or out of your side of the table. There are 5 planets between you and your opponent and these as well as the characters, all have powers that help manipulate the cards. The strategy comes from finding synergies between these powers and knowing when to move a character. Anthelion: Conclave of Power looks like a tight little game. You can learn more on the Kickstarter Campaign here. 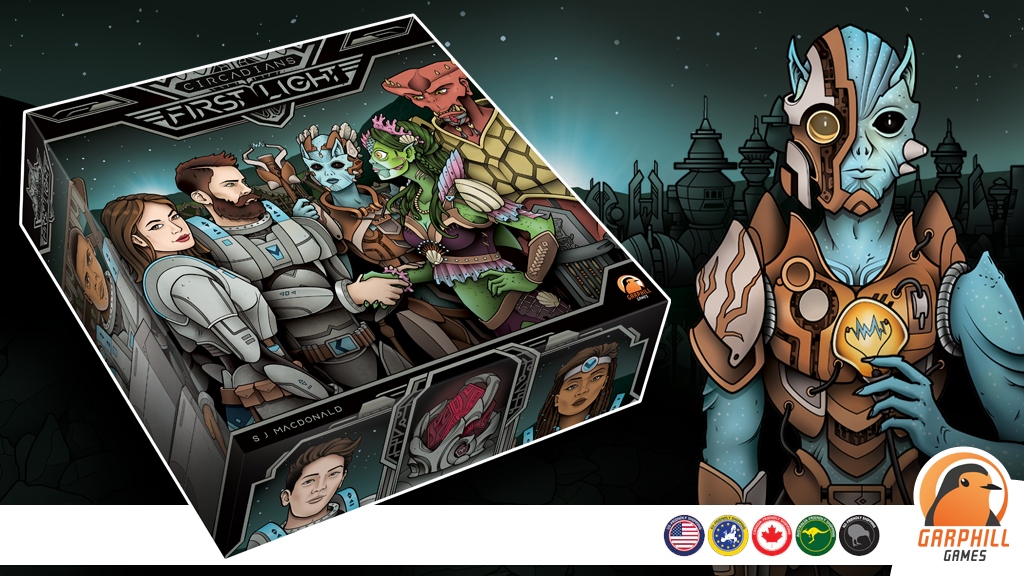 Circadians: First Light is a worker placement/set collection where players are leading a team of researchers to explore the planet of Ryh; building, farming, and negotiating with the locals.The game has multiple paths to victory and with variable powers, the Planet and Clan Boards are double sided, and 16 Event and 36 unique Item Cards, it looks like every game of Circadians will feel different than the last. 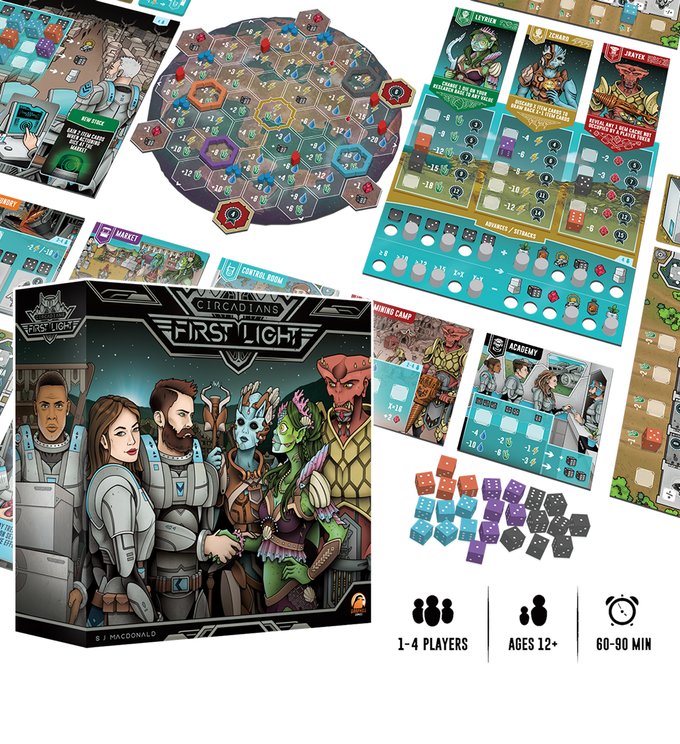 The Kickstarter edition comes with a free Allies Expansion that includes 4 new Character Boards and additional tiles that work with some character abilities. Check out Circadians: First Light on Kickstarter here.

War of the Worlds: The New Wave Game

I remember watching the original movie based on the radio broadcast “War of the Worlds”. It was super creepy and the mechanical-tentacle eye still haunts my dreams. That said I am really intrigued by Grey Fox Games’s War of the Worlds as it is a two-player, asymmetric, deck-building game. 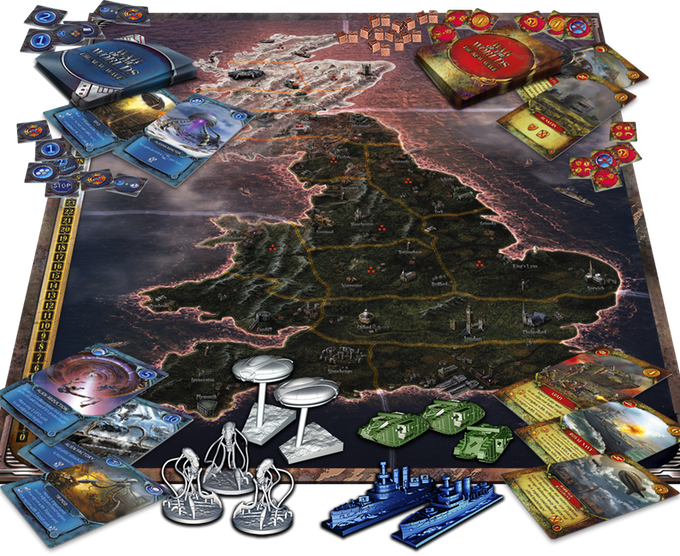 In the game, one player takes on the role of the invading aliens while the other plays the humans trying to defend the UK (or Ireland if you get the expansion). I love a good deck-builder and this one adds in area control through minis (this combination is something I haven’t seen much of before and I’m keen to see how it plays). You can investigate further on the War of the Worlds: The New Wave Game Kickstarter here.