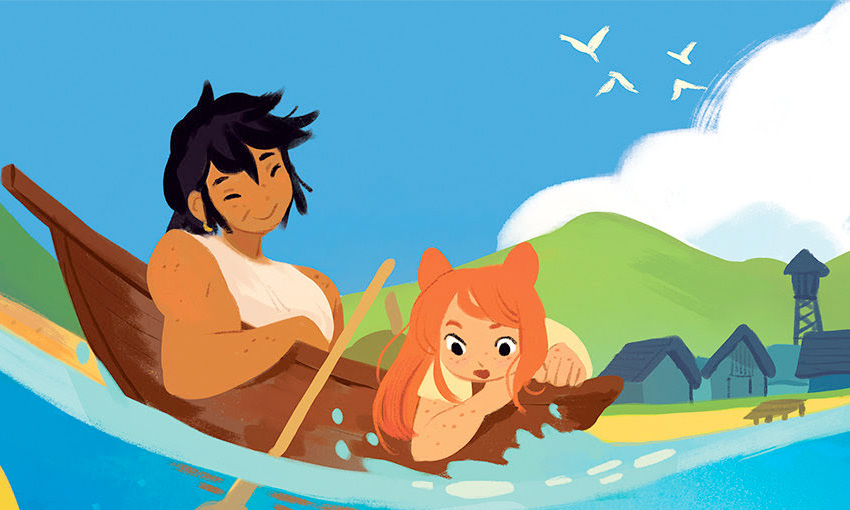 After the success of The Tea Dragon Society, a game based on the graphic novel by Katie O’Neill, Renegade Game Studios and Oni Press have announced anotherof Katie’s books will be coming to you in board form: The Aquicorn Cove Board Game!

Designed by Steve Ellis, Tyler Tinsley, Ben Eisner, and Tim Eisner, The Aquicorn Cove Board Game takes players on an underwater adventure about conservation. You’ll be able to get your hands on it in late 2019. 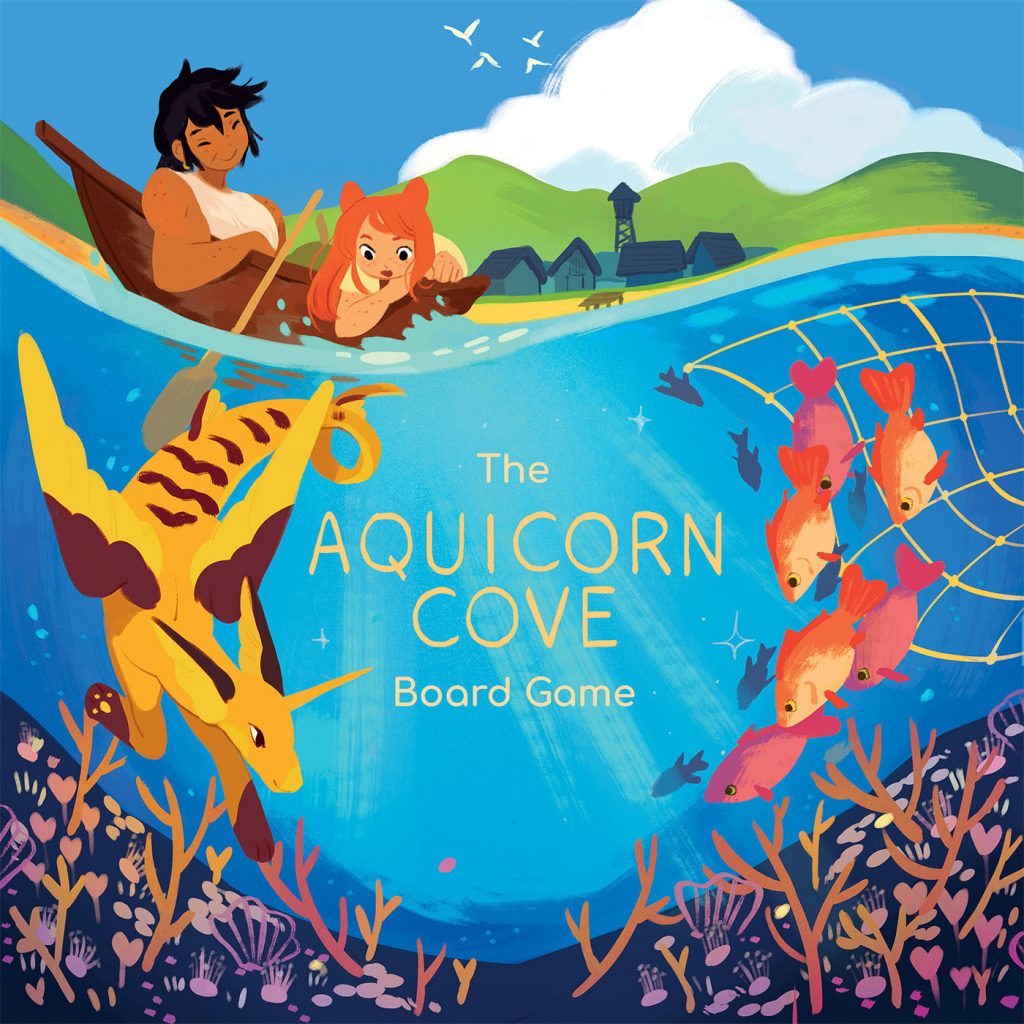 Jess: I read Aquicorn Cove a few months ago and it was an absolutely beautiful story about a young girl visiting her seaside home, discovering the secret seahorse-like creatures called Aquicorns, and finding the strength she needs to fight for those she cares about. 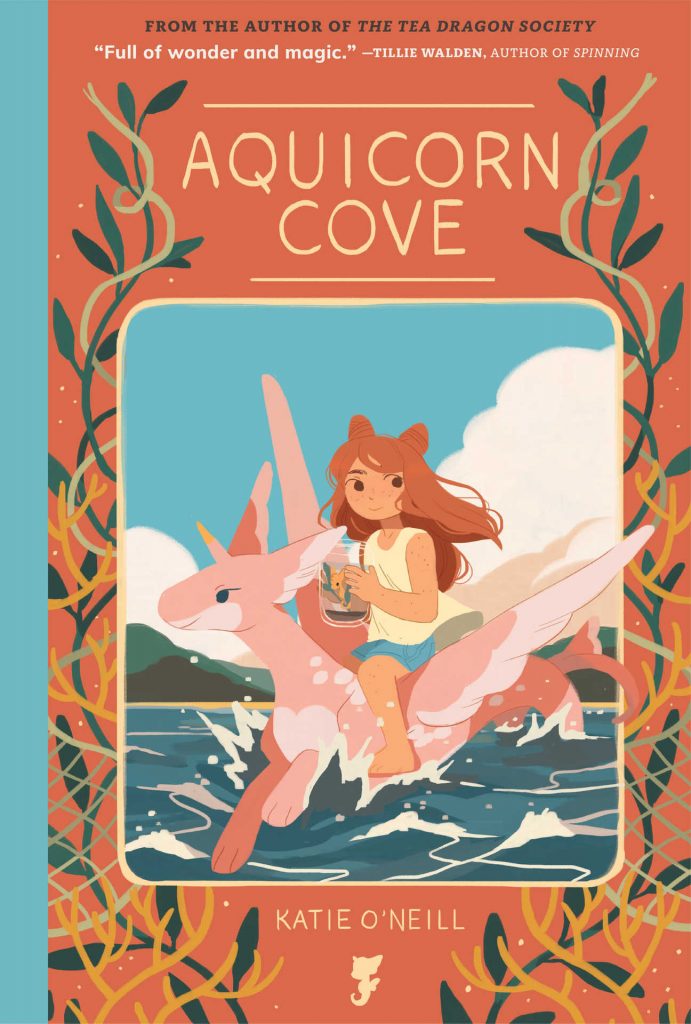 According to Renegade: Aquicorn Cove (board game) is a cooperative game for 2-4 players. In the game, players take on the roles of members of a small fishing village struggling to survive while maintaining a balance with the natural world. To win, the villagers must feed and grow their village, and help restore the health of the reef and aquatic ecosystem. The villagers are fortunate, though, and the waters of their cove are home to the beautiful and benevolent Aquicorns, as well as the wondrous reef guardian Aure, who can help them both to understand the impact humans are having on the environment, and to save the village.

“As a graphic novel, I wanted Aquicorn Cove to encourage kids to engage with concepts of marine conservation, and make grown-up choices to protect the environment they’re going to inherit,”  said Katie O’Neill, author of the Oni Press graphic novel. “I’m thrilled that the game will provide another dimension to this, and bring to life how wonderful and important our oceans and reefs are.”

“The Tea Dragon Society Card Game was a huge success and we can’t wait to share this game adaptation of Katie O’Neill’s most recent book with our fans,” said Scott Gaeta, president of Renegade Game Studios. “All of her books have such strong positive messages presented in a fun and magical way. We love what she’s done with these graphic novels and are excited to work with Oni Press to bring them to the board game community. ”

“Working with our design team within this wonderful world created by Katie O’Neill has been a pleasure,” said Steve Ellis, head of Oni Games. “Creating a family-friendly cooperative game with a strong environmental message resonated with both the story and the team at Oni. We hope that the game sparks both conversation and joy.”