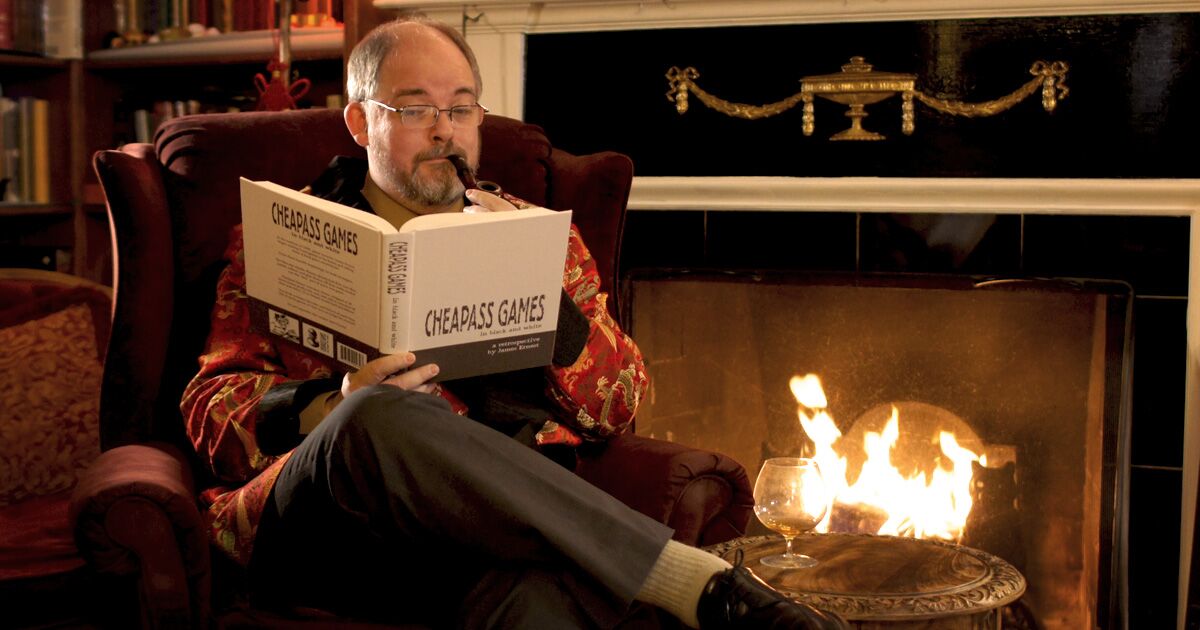 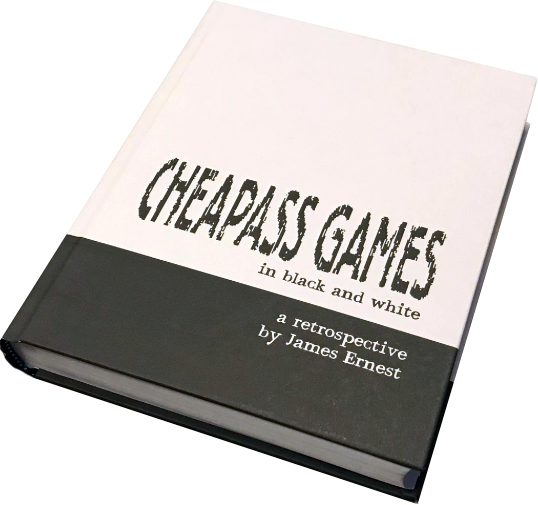 “Cheapass Games in Black and White is not just a collection of rule books. It’s really a postmortem of more than 21 years of game publishing,” says Ernest. “It contains the history and origin of every game, as well as decision we made afterwards and things we might have done better. This is the book I wish I’d had when I started publishing games.”

Jess: I had the chance to preview a bit of the book and really enjoyed it. James Ernest has a relatable style and a bevy of fun stories that will keep you entertained as you learn the history of Cheapass.

To honor the release of the Kickstarter, Cheapass Games is making the classic print-and-plays available once more in all their original black-and-white glory. To help you enjoy the games, James Ernest has released a series of instructional videos on YouTube channel to assist gamers in constructing print-and-play components such as game boards, playing cards, and more.