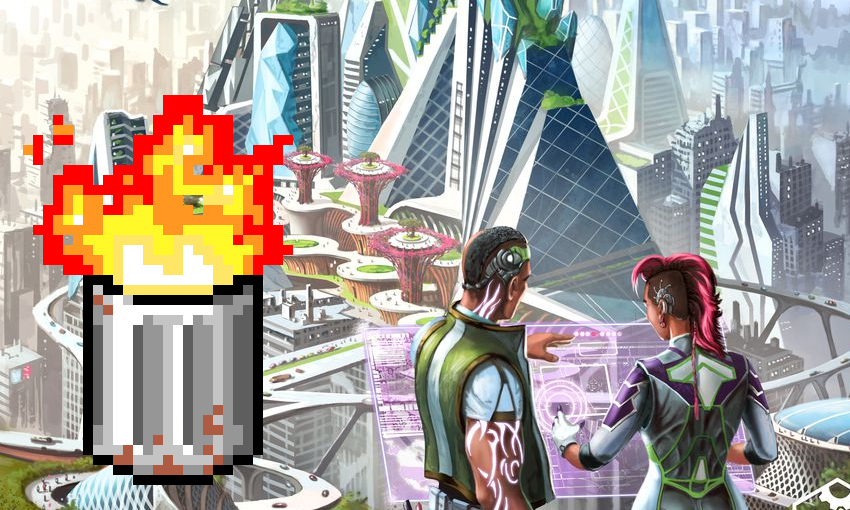 There are plenty of reasons a Kickstarter might be delayed, or possibly even not deliver in the long run; issues with design, problems with printing, disruptions to shipping, just to name a few.  However, in the case of Solar City: a solarpunk game things stumbled into the criminal.

In the summer of 2017, Games Factory (Polish publisher of Star Realms, Project Gaia, and Kingdomino) successfully Kickstarted the sci-fi city-building game Solar City. Excited backers raised over $60,000 (4 times the project’s funding goal), and were eagerly awaited their finished copies that were due to ship in October of 2018…only 3 months after the campaign ended. The timeline appeared extremely ambitious (delivery timelines for games can span from months to even years), but Games Factory assured its backers that the design and art were already complete and ready to send to the printer – all that was necessary, they said, was the actual financial capital to have the game itself produced.

Designed by Marcin Senior Ropka and Viola Kijowska, Solar City looked fantastic and many reviewers gave it high praise for its clever take on city-building crossed with environmentalism, a somewhat unique and underrepresented theme. Mariusz Gandzel’s art for the game was polished and promised a glimpse into a future where city planners work to heal a dying world by designing efficient cities that produce clean energy, oxygen, and water. To stay with the game’s theme of being mindful of our environment, the publisher even promised to plant 1 tree for every backer of the game.

Everything was lining up and there was plenty to be excited about, but beneath the shine of an exciting game lurked the shadows of Games Factory’s past. 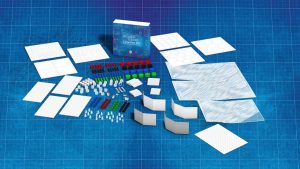 Games Factory’s reputation, when it came to crowdfunding, was rocky at best.  A post on Board Game Geek advised against backing the campaign due to Games Factory’s problems with previous crowdfunding campaigns; noting poor communication with backers, long delays, and production issues. Games Factory’s other Kickstarter campaign, Board Game Creative Kit, only served to underline these concerns, as only some of the backers ever received their copies and many products arrived missing components. 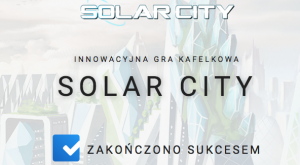 Further concerns were raised when, during the campaign, a backer discovered the game being promoted for a cheaper price on a polish crowdfunding site called Zagramw.to. Some backers felt betrayed and others suggested “jumping ship” to the other crowdfunding campaign. Games Factory responded that the fees for Zagramw.to were lower and being a Polish publisher made it easier to offer the game at a lower price, but for some backers, the response did little to inspire confidence. Despite these issues, the campaign managed to fund regardless.

Almost immediately after successfully funding, problems began to plague the campaign; a late pledge manager that was confusing and filled with errors, patrons began reporting that they were not receiving answers to their questions, and the designer of Solar City, Marcin Senior Ropka, resigning from the company. Marcin claims the reason he left Games Factory was that he discovered they were lying to backers.

If you look to some of the Polish crowdfunded games that Games Factory was working on, details arise that show the company was claiming that their products were finished and stuck in customs in China, but the company then issued a statement admitting their had lied and they had not paid their invoices, thus the games had never left the warehouse.  They went on to say that the company’s finances had stabilized and “All the projects we have been working on are being carried on and will soon be available… ” 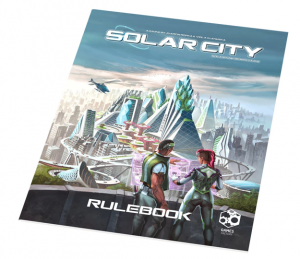 A post on BGG, that same month, seemed to back this up; stating the game was still on track to be published and noting “Tiles are finally ready to print. The rulebook is almost finished and should be ready to print soon. Boxes for the base game and expansions are ready to print. Wooden items will be ready in about 1.5 weeks (made by German manufacturer).”

The game also appeared on a preview list for Essen and backers were hopeful they might be able to pick up their copies at the convention.

Unfortunately that was not the case.

In December 2018, Games Factory made their last positive update, where they said the cards had been printed and posted images of the physical samples. This post was too little, too late for many backers, and did not address any of the concerns that the backers raised on the comments section.

On Feb 21, 2019 Games Factory dropped a bomb on Facebook that was simultaneously shocking and illuminating as to the inner workings, or rather dysfunction, of Games Factory:

“(translated by Facebook from Polish) On February 11, 2019, we received from the chairman of the board of Games Factory sp with O.O. Resignation of the function. The CEO of games factory was responsible for managing the company’s finances and production of publishing titles.

Recently, a lot of financial negligence in games factory, including unpaid invoices for the production of games ‘hero realms’ and ‘Solar City’ has been released. The other members of the board, as well as the employees of the publishing, had no information about it from the president of the company, hence the work in the company took a simple look.

The activities of the chairman of the board have led to a situation where the company and employees remaining without any financial resources, thus all publishing activities have been halted. Unfortunately this is the end of the Game Factory company.

Games Factory relied heavily on Facebook to release information and never communicated to the Kickstarter backers until April 15th 2019, when they finally admitted that the CEO had secretly bankrupted the company and fled the country. They claimed the company had amassed a huge amount of debt and that the physical products that had been manufactured had been stolen

with some of the merchandise appearing in Finland for sale. Those left at Games factory apologized and said “We never thought that as gamers and game enthusiasts we will find ourselves in this situation – we just wanted to make games and ensure you will have fun with them. We are devastated. We are sorry.”

You can read the full statement here.

While crushing to Kickstarter backers who will most likely never see a refund, there is some good news to be found in the disastrous wake of the Games Factory fiasco. The rights to Solar City have reverted back to Marcin Ropka and he is moving forward with the game through another Polish publisher. Currently, he does not have an international publishing company yet, but is hopeful that one will be found so that international backers will have a chance to get their game. His full explanation can be seen in the video below.

Stories like this are, thankfully, not the norm, and while many crowdfunded projects see their own hiccups, relatively few are all out catastrophes like Solar City. That being said, this project and those like it stand as a warning to future backers to research the projects you back and learn as much as you can about the investments you are making in order to protect yourself.  But at the end of the day, while backing a Kickstarter can and should be seen as a risky investment without certain returns, for those who invested money here, it leaves a bitter taste indeed.

What crowdfunding campaigns have treated you right? How did they go above and beyond? Let’s here some positive stories! Let me know in the comments below.