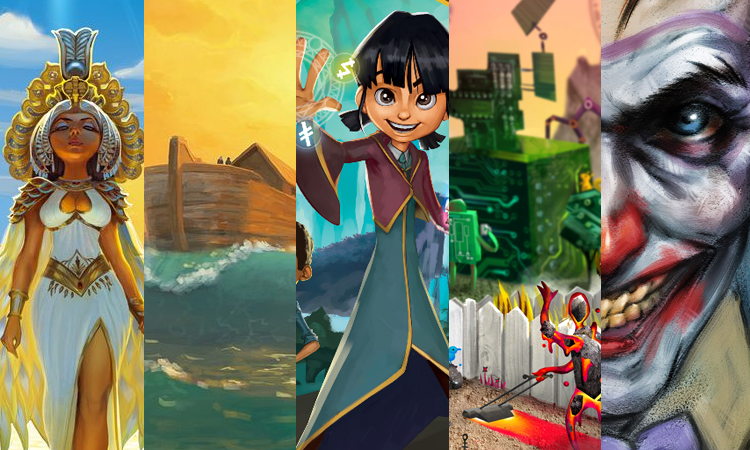 Each week I scour Kickstarter for the most exciting, entertaining, or oddball Kickstarters I can find and list them off here for your convenience!
What caught my eye this week? Let’s find out!

Cleopatra and the Society of Architects 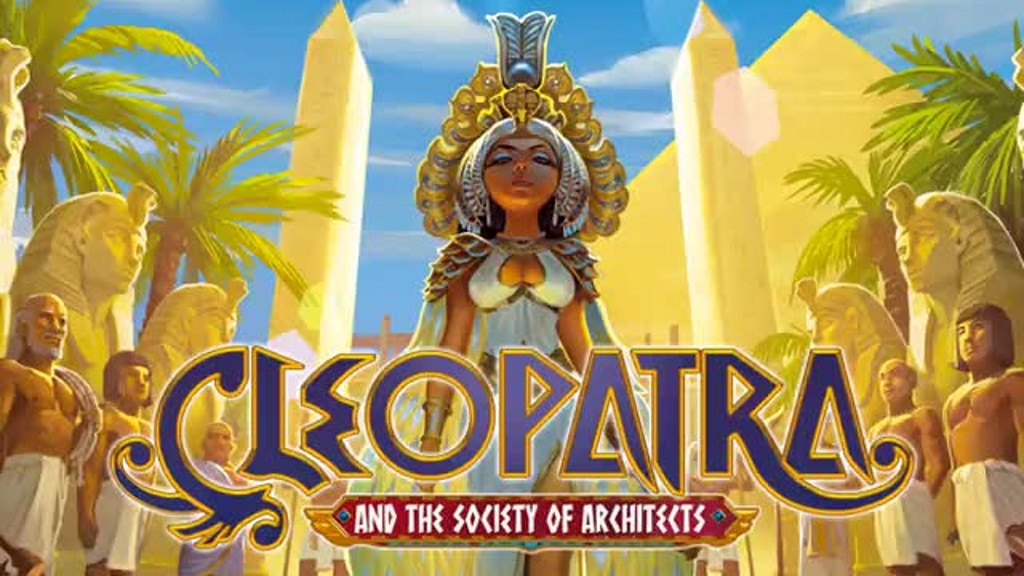 Cleopatra and the Society of Architects is a new edition of the exciting strategy game from Bruno Cathala and Ludovic Maublanc, where players are trying to impress Cleopatra by building the most valuable parts of her palace. One of the ways to get ahead of the other architects is to do some shady business dealings, but these come attached to cursed Corruption Amulets. Whoever has the most corruption when Cleopatra makes her grand entrance at the end of the game, will be offered as a sacrifice to her sacred crocodile! The wealthiest survivor, wins! 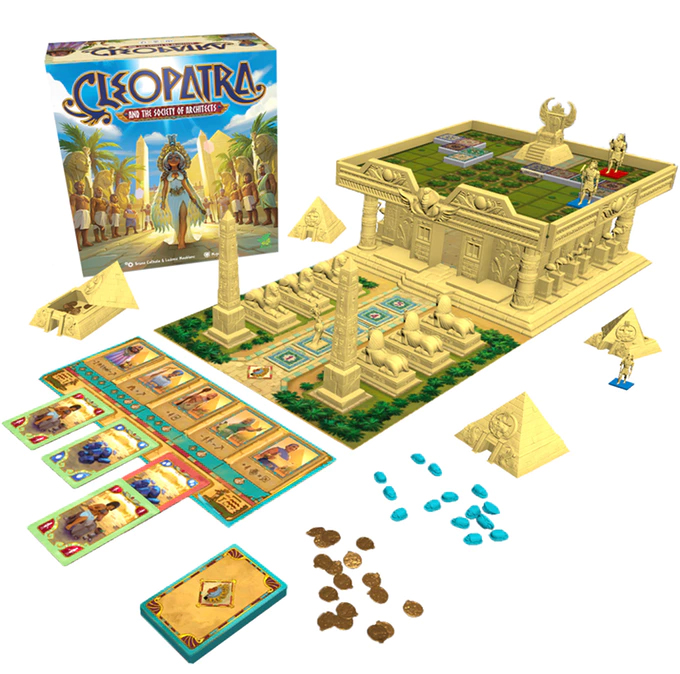 The 3d temple board makes this game really visually appealing and the premium edition looks fabulous. Take a look now at Cleopatra and the Society of Architects on Kickstarter here. 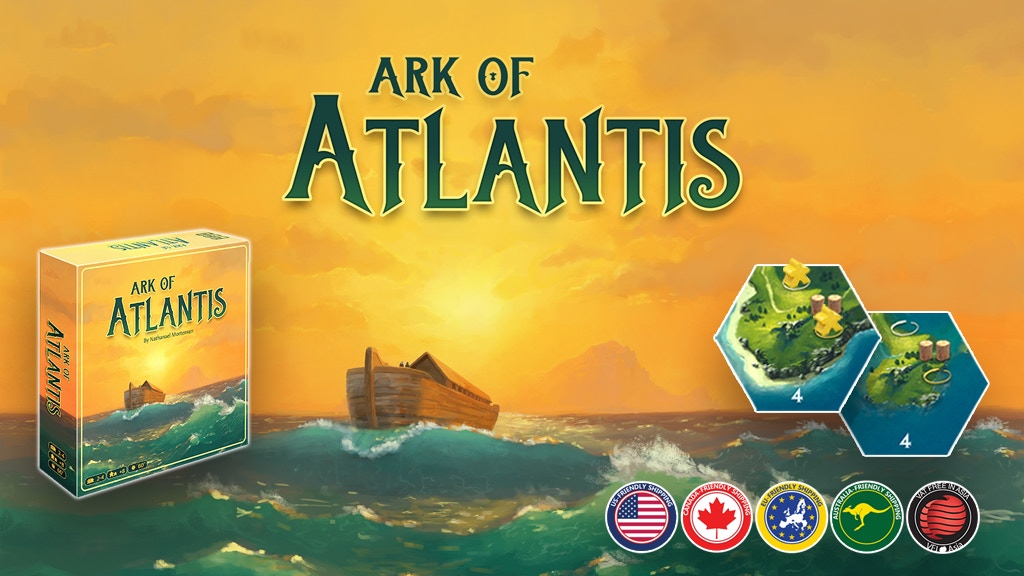 Atlantis is sinking! Time to build some boats and get the heck outta here. As a worker placement game, Ark of Atlantis tasks players to collect resources, save creatures, discover artifacts, and build a ship large enough to save their workers before the island sinks. The main gameplay is about managing time. Players must decide how much time they spend building their ship vs gaining bonus points for saving precious items. 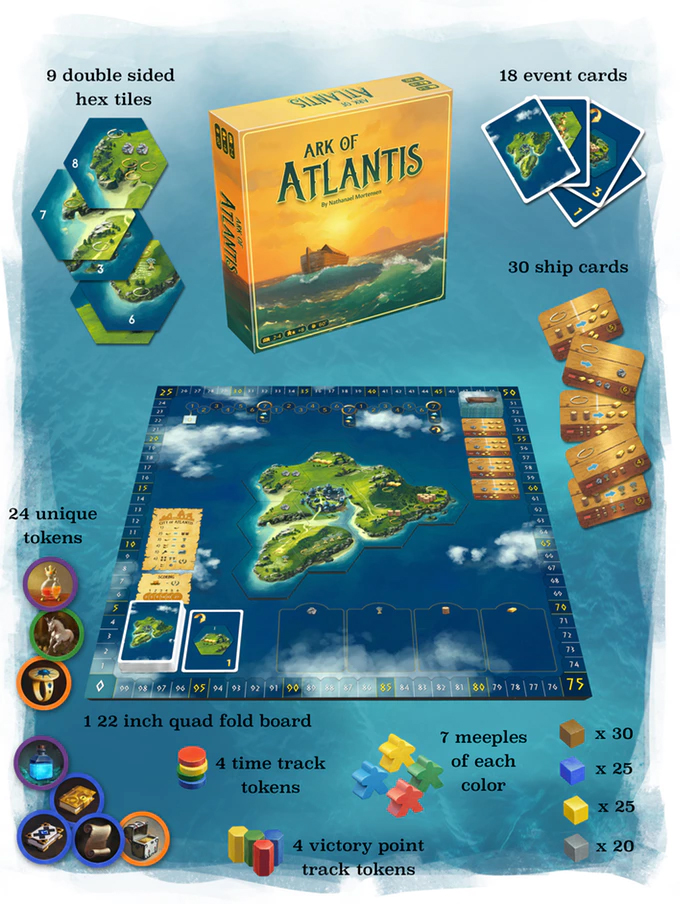 Each time they place a worker is placed on the island, a player must move their time tracker forward; potentially triggering an event and flipping over a portion of the island and dumping workers into the ocean. Ark of Atlantis looks like a fun twist on worker-placement/set-collection. Learn more about it on Kickstarter here.

Runika and the Six-sided Spellbooks 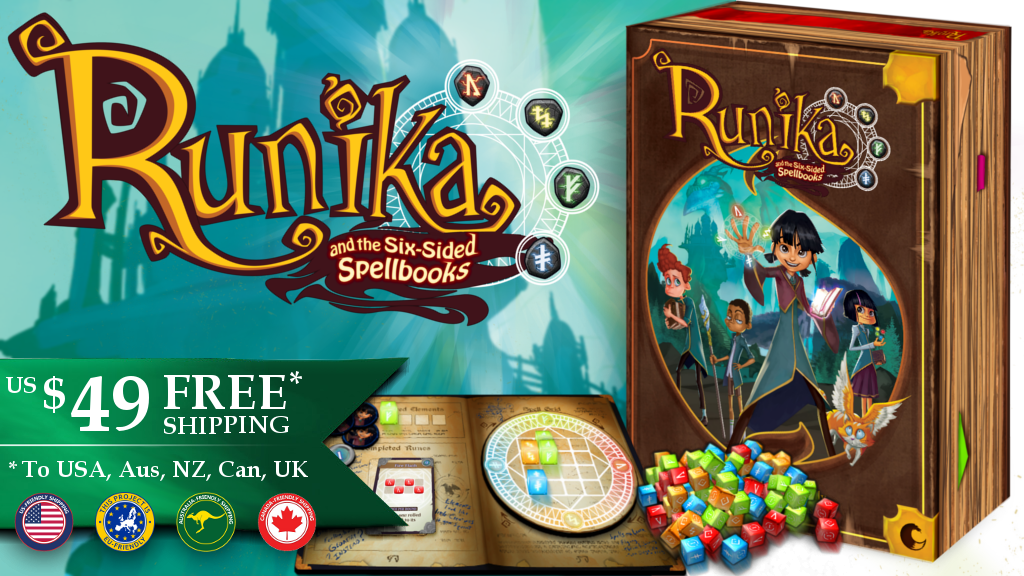 Runika and the Six-sided Spellbooks, is a dice-drafting puzzle game for 2-4 players. In the game, everyone plays as students at Luniorn’s academy who are trying to impress their professors. To do this, the students must master runic patterns to cast spells. When one player reaches 20 points, everyone will finish the round and then the player with the most points wins.

The game uses a neat mechanic to facilitate the puzzley aspect of the game. Players add dice to their spell grid from the sides that match the color of the die. The elemental disk indicates the four sides and you can change the locations of the colors by rotating the disk. The mix of random resources and a mutable board promises to make Runika and the Six-sided Spellbooks a challenging little game. Check out this magical game on Kickstarter here. 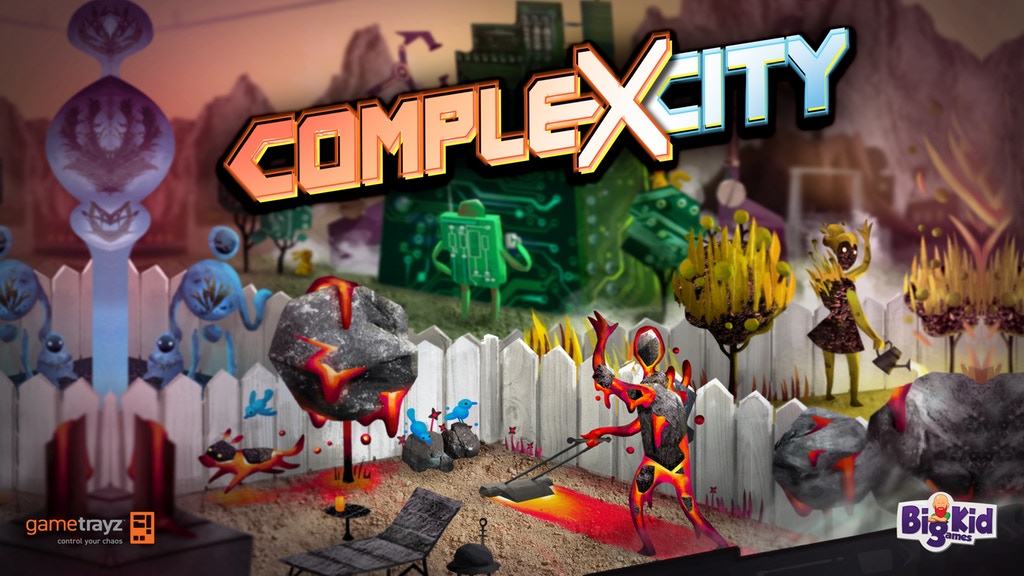 Oh my! A whole galaxy has been destroyed and its inhabitants displaced. A new planet has been found and, as representative of Galactic Allied Command, players must build cities on this new planet that can satisfy four different alien species. 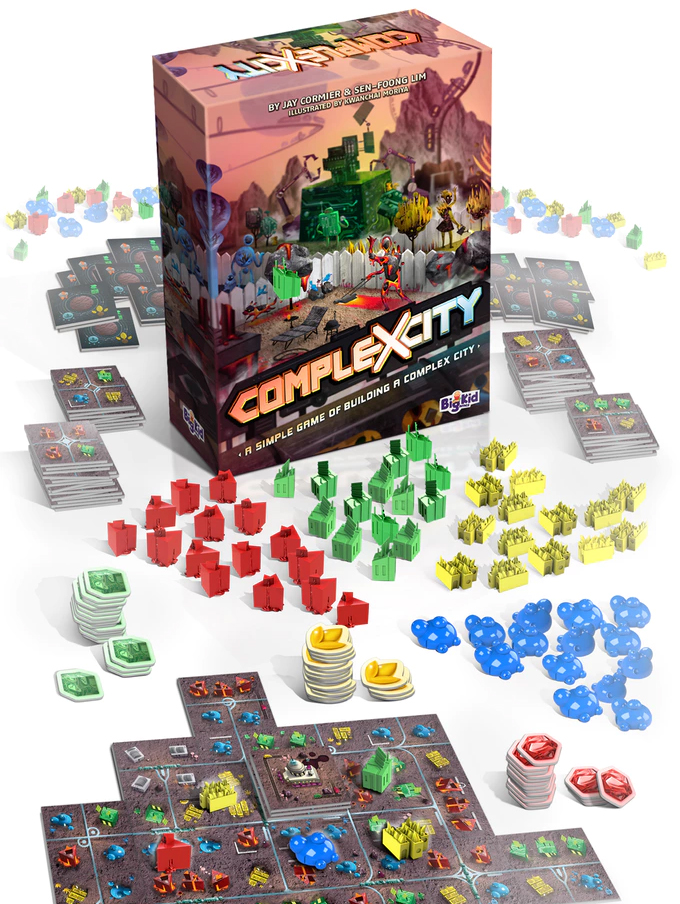 Complexcity’s unique art really caught my eye and I like that at the end of each cycle, players compare their cities to their neighbors to either side to gain Growth Favor tokens. By making scores dependent on how well you do vs your opponents, the game keep from being a solitary experience. Complexcity has a lot of my favorite game mechanics from city building to puzzle solving so I’m really intrigued by it. Find out more about Complexcity on Kickstater here. 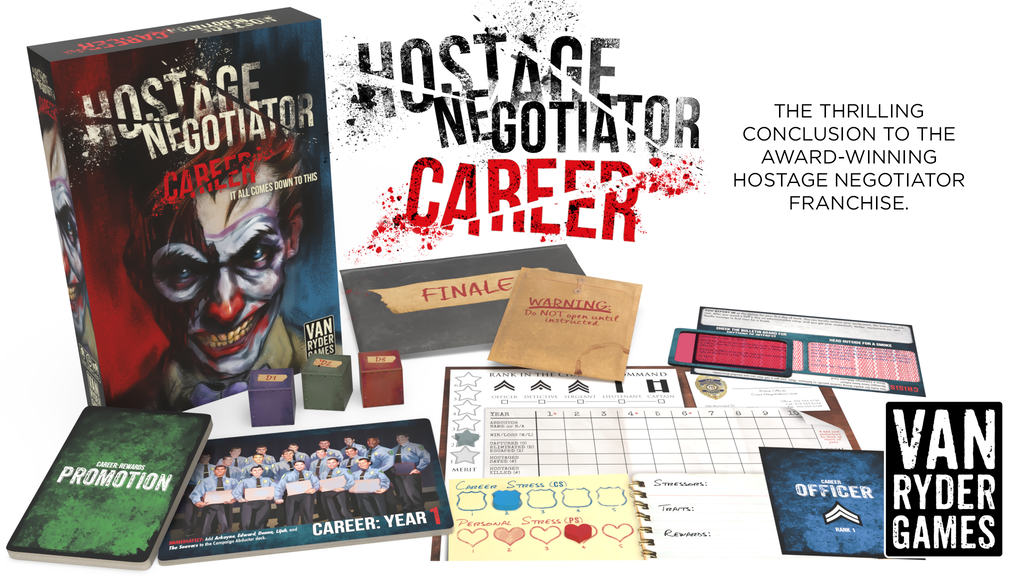 Hostage Negotiator: Career is the mega-expansion for the excellent solo game, Hostage Negotiator. The game takes you through 10 years in the harrowing life of a Hostage Negotiator. Your choices in each year effect the next adding some extra intensity to the game. You’ll career stress, personal stress, merit level, rank, and more all factor in to your promotions and ability to stay on the job. If things go south you might end up retiring early. 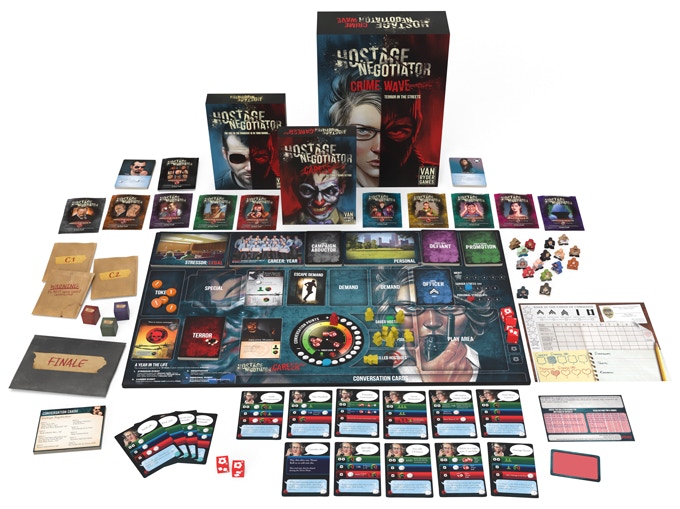