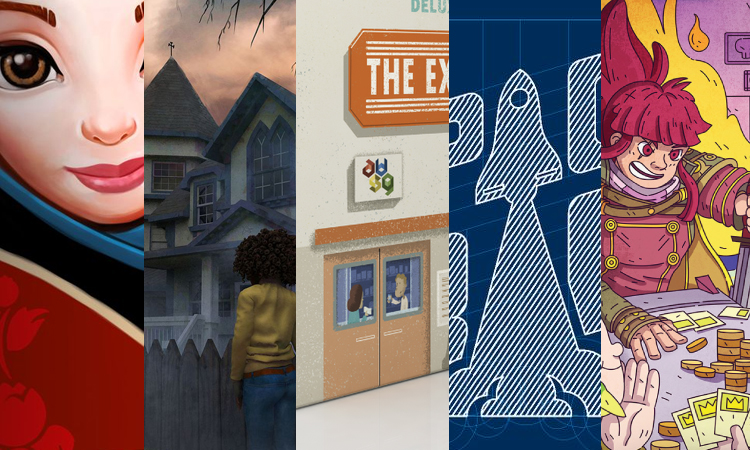 Each week I scour Kickstarter for the most exciting, entertaining, or oddball Kickstarters I can find and list them off here for your convenience! What caught my eye this week? Let’s find out! 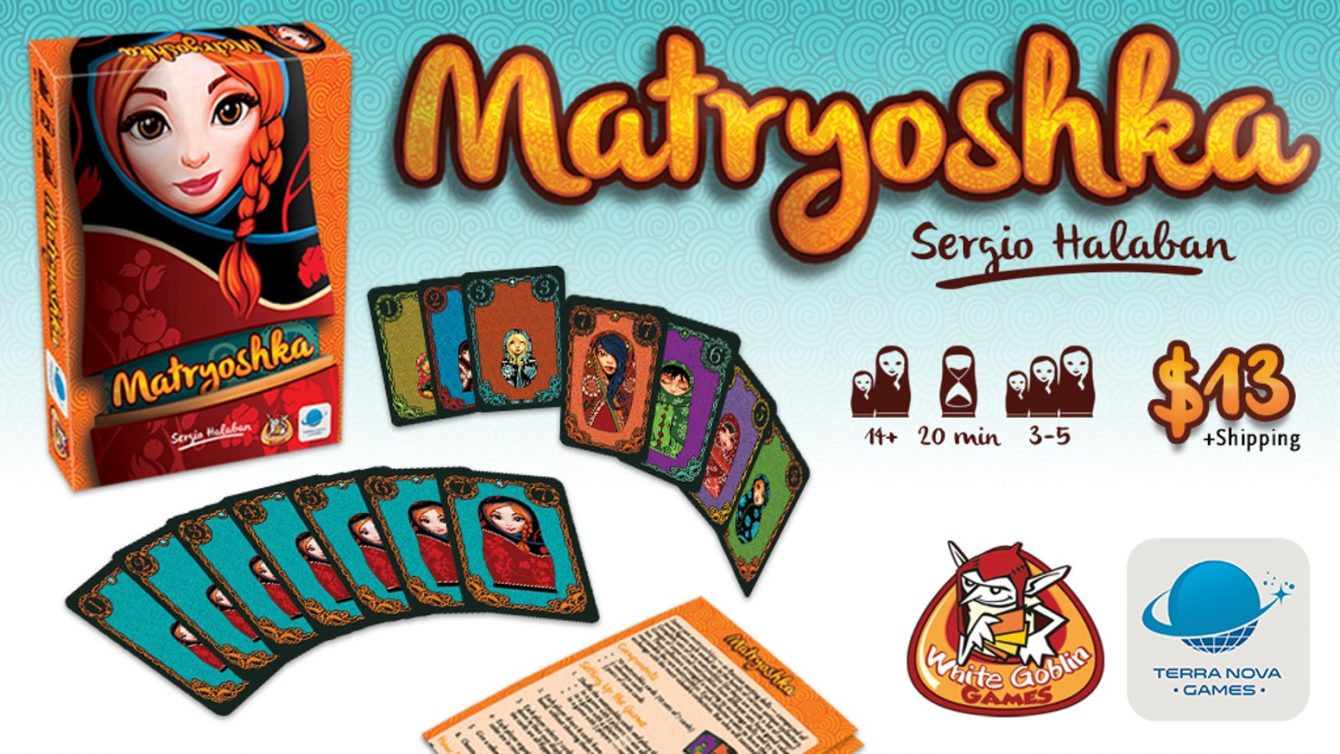 We just did a full review for Matryoshka here, but the basic break down is this. Matryoshka is a set collection game for 3-5 players. Played over 4 rounds, each player is looking to trade dolls from their collection to obtain other dolls that might be part of a set or a bargaining chip if another player has what you want. 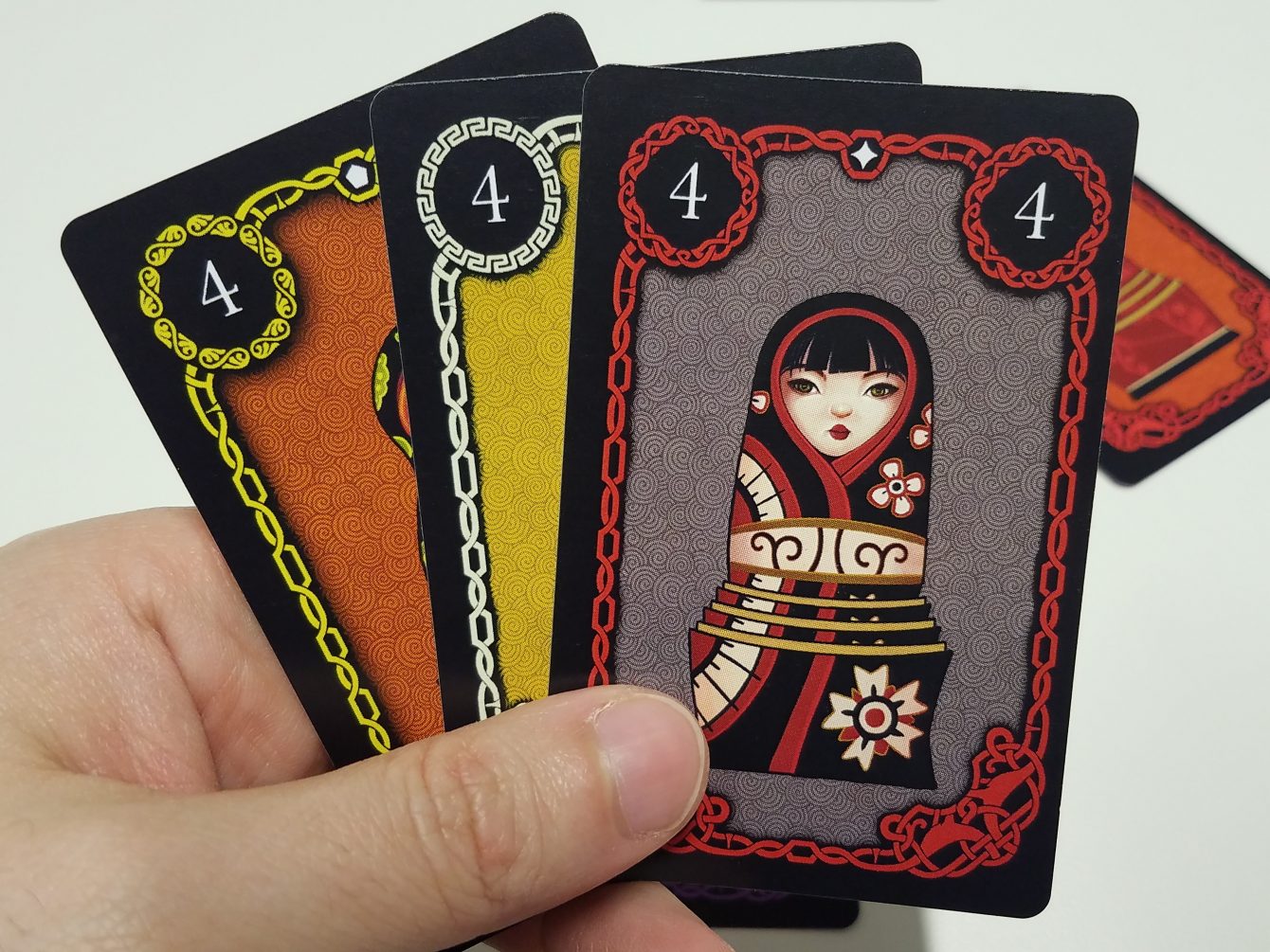 The twist here is that each round players must show part of their collection, giving everyone at the table valuable information on what they might need to complete their sets. Players must balance between what they show and what they are willing to put up for trade. As you near the end of the game, often times you’ll be forced to put things up that you’d rather keep, so there is a lot of strategy to what you decide to do with your dolls.The player with the most valuable collection at the end of the game wins.

Matryosha is fun if the players really get into the bargaining aspect of the game and the presentation is beautiful. Matryoshka 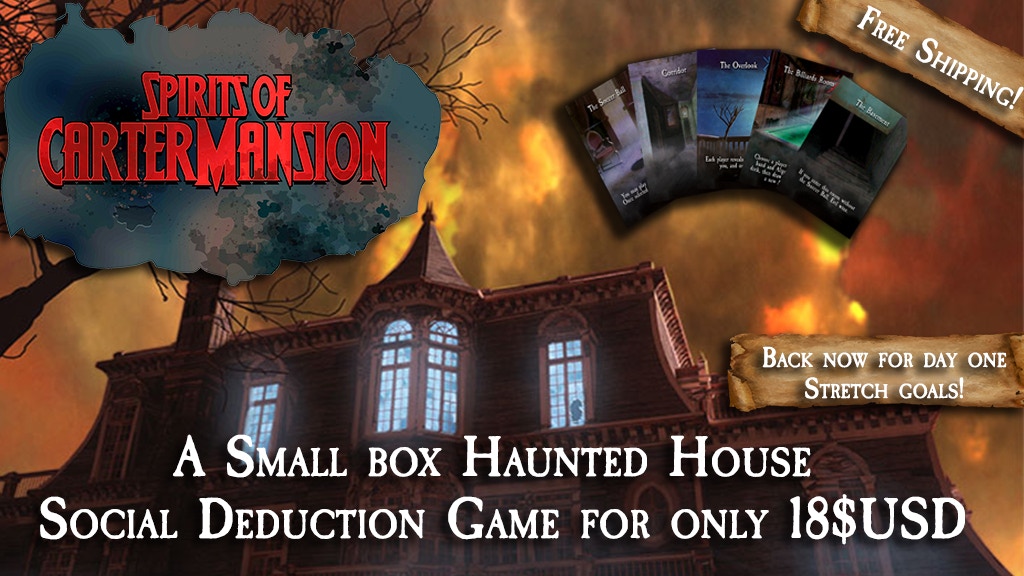 Spirits of Carter Mansion takes the usually theme of humans trying to figure out which among their number might be monsters in hiding and turns things upside down. In the game the players are the monsters (specifically ghosts) who have their usually undead existence interrupted by a child who accidentally kicked their soccer ball into the haunted mansion. Being either good or evil, the hosts must work to either help or hinder the kid in their efforts to find the ball. 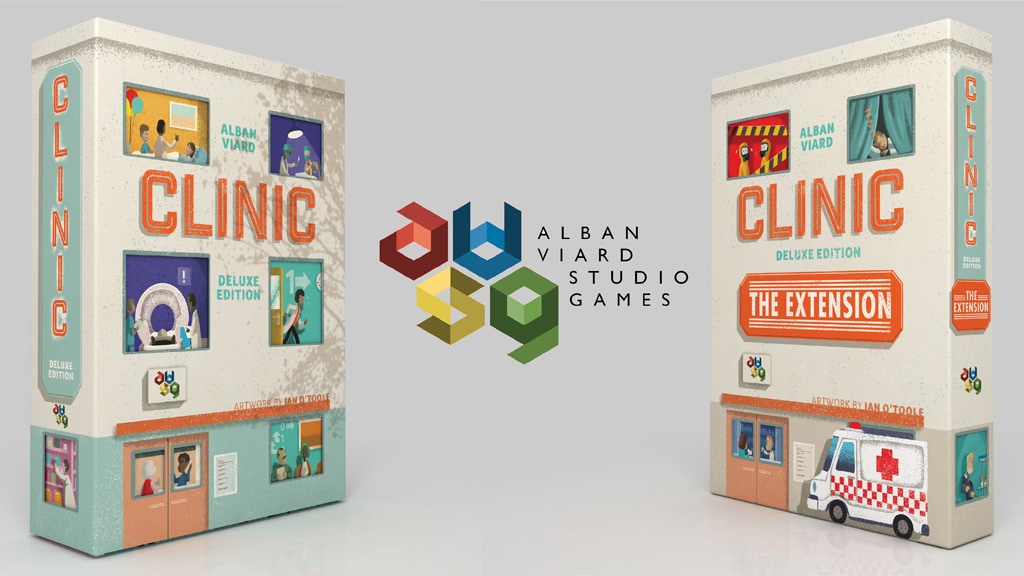 CliniC Deluxe is the super spiffied-up version of Alban Viard’s pick-up and deliver, clinic-building game. Each player will be competing to build the most popular clinic in town by building, hiring staff, and admitting patients. 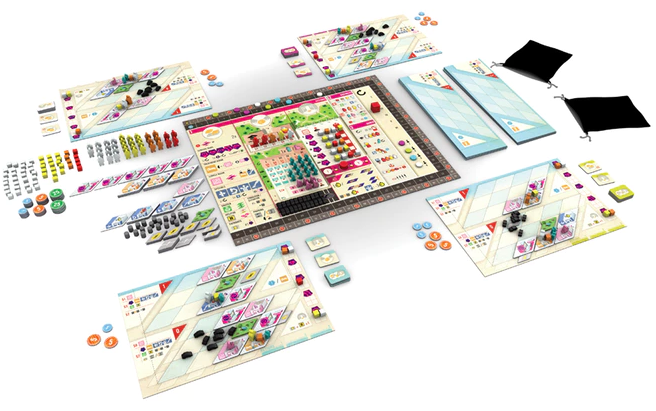 This version of the game comes with updated rules, new graphic design by Ian O’Toole, an expansion box that includes all previously released expansions, and wooden meeples for cars, doctors, staff, and nurses. CliniC looks heavy, puzzley, and perfect for those looking for deep economic strategy. You can learn more about CliniC Deluxe here on Kickstarter. 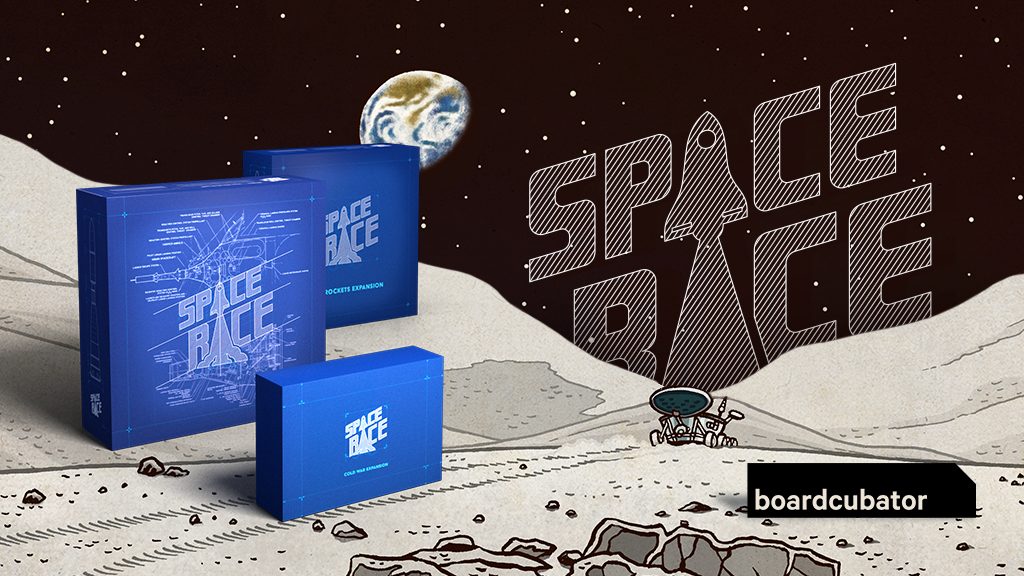 Space Race is a hand-management game, engine-building game where players compete to develop their space agencies and build the most impressive laboratories. each round players will simultaneously choose one of their Control Cards to play, which determine which abilities they have access to for the round. Each control card can only be played once so choosing when to play which card is key. 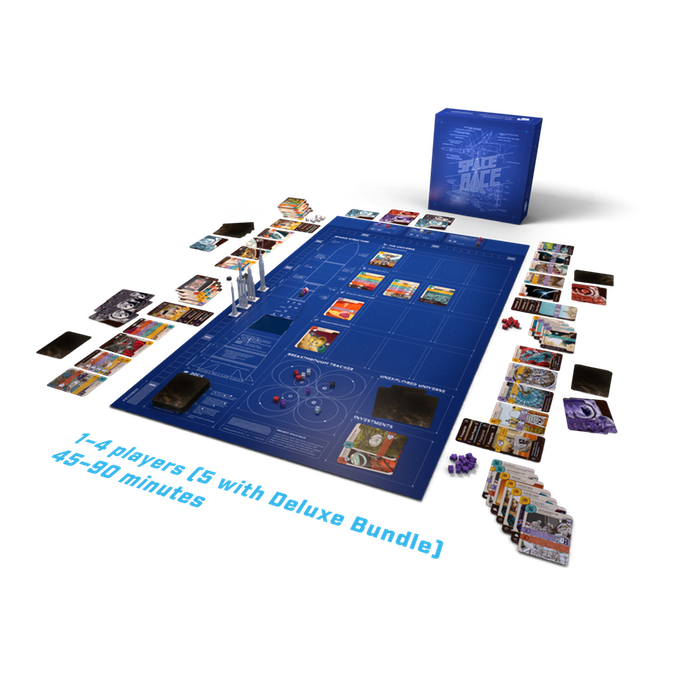 As the game progresses, players will build up their engines making each control card played activate bigger and bigger combos.These cascading moves are often really satisfying in games so I’m really intrigued by Space Race’s gameplay. Check out Space Race on Kickstarter here for more info. 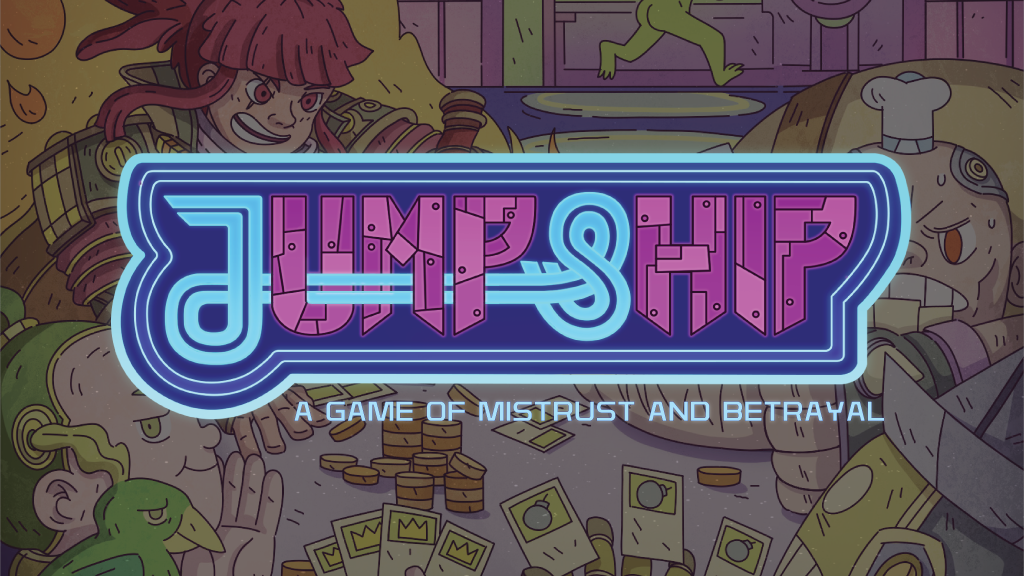 In Jumpship the players are stuck aboard a broken spaceship and aliens have infiltrated their ranks. They must figure out who the aliens are while making repairs to their ship. Publicly, each player will be assigned a role that has a unique ability and then in secret they will be assigned to teams; either humans, aliens, or the alien queen. The aliens are all aware of each other while the humans are left in the dark about who’s on their team. 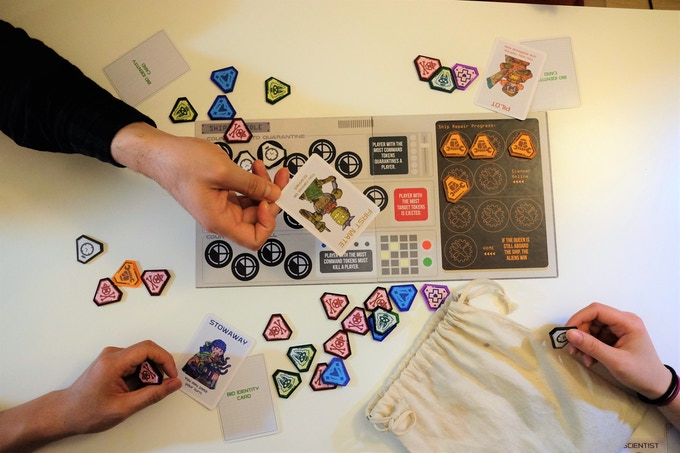 Each round players must draw tokens out of a bag and either use them to perform actions or share them with players they trust. I like that everyone has a shared goal of trying to fix the ship, but that is balanced by the fact that the humans are trying to suss out the alien queen before the ship reaches their home planet. With a semi-cooperative goal, it gives players a way to judge the trustworthiness of their fellow shipmates using actions vs a game where you can only use words to convince others of you allegiance. Learn more about Jumpship here on Kickstarter.