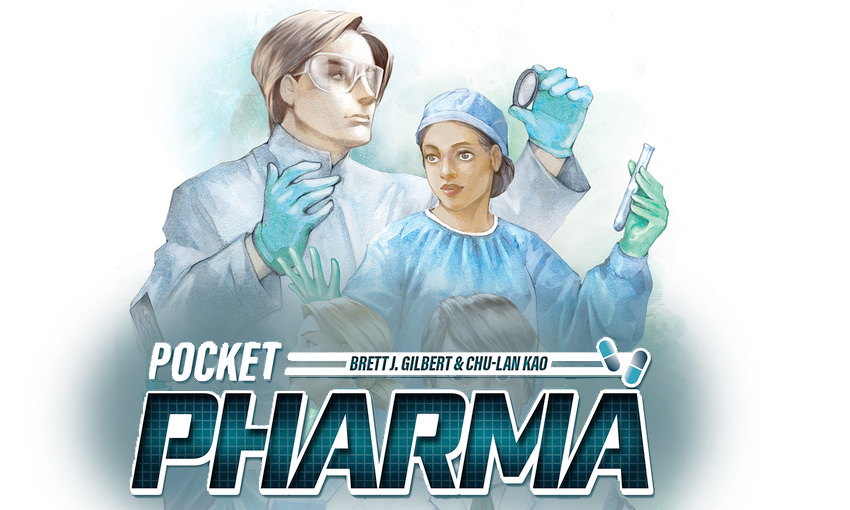 Pocket Pharma brings satisfying set collection gameplay in its small package.  Though the rules are simple, there are moments of real tension as players race with each other to be the first to market with their drugs to turn the most profit, and balance their acceptable losses along the way.

In Pocket Pharma, each player represents a drug manufacturing company, racing to turn the biggest profit by being the first to market with their cures for a variety of health concerns.  Players will do so by conducing research in the lab, combining various drug components, and sending their drugs to clinical trial and eventually to the open market. 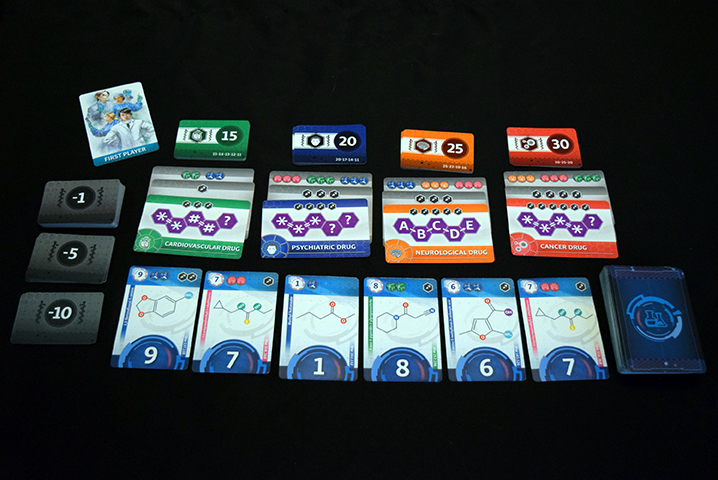 Each drug requires a 5-card stack to develop – drugs are represented by a randomly-combined series of cards, which represent how effective the drug is expected to be (represented by syringes), and the thresholds of acceptable side effects, represented by various icons.

On each turn, players will take 3 actions from the following list.  They can take the same action more than once, and in whatever order they like:

Players can only launch drugs if their formula meets the criteria of one of the drugs – a specific 5-card combination.  Assuming it meets that requirement, the player checks to see if it is sufficiently effective (comparing syringe icons against the drug, losing 1 point per missing syringe), and then gets penalized for excessive side-effects (discarding one other card for each side effect symbol beyond the threshold allowed for the drug).  Then, the player takes the top profit card for that drug and discards the scored formula.

Jess: Profits get less, uh, profitable the further down the stack you go – Pocket Pharma is definitely a race to get your drugs developed faster than your competitors.

Andrew: For sure, and to do that, you’ll inevitably need to take penalties, either when drafting fragment cards (so that you can get the card you need) or by pushing a less-than-effective drug to market.  If you can scoop your opponent out of 30 points by taking a -5, that’s probably worth it.

Jess: Spoken like a true drug company…But absolutely yeah, managing that risk is really important!  It’s critical to be willing to take risks (and maybe cut corners) to get your drugs to market faster than your competition.  But all those risks can add up, so you’ve got to watch your bottom line, too! 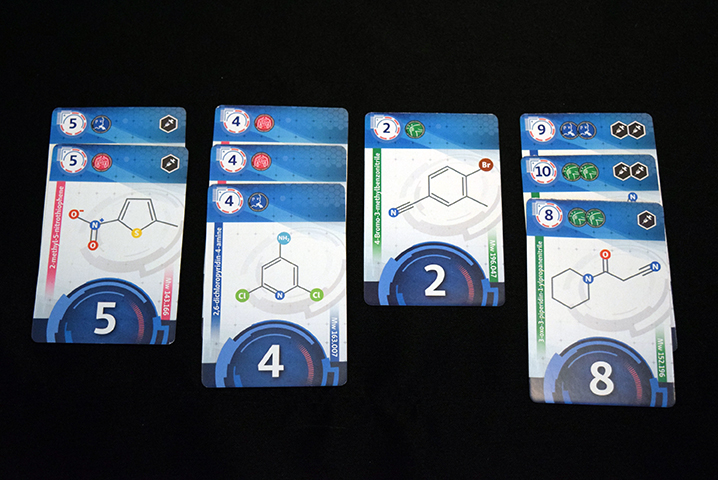 Turns in Pocket Pharma can be a bit thinky, despite the game’s relatively straightforward rules and goals.  This is especially true at higher player counts, since the churn of the fragment row means you’re less able to plan while another person is taking their turn.  We liked Pocket Pharma at most player counts, but the impact of more players is that the scramble for sets is that much more chaotic.  Still fun though!

The size of Pocket Pharma’s box makes it a good travel game, though you will need some table space to spread out the drugs, fragments, and your lab, etc.  Adding to the value of this small package is that the deluxe edition of Pocket Pharma (which is easily purchasable, as of this review) comes with 5 in-box modules that add neat variety! 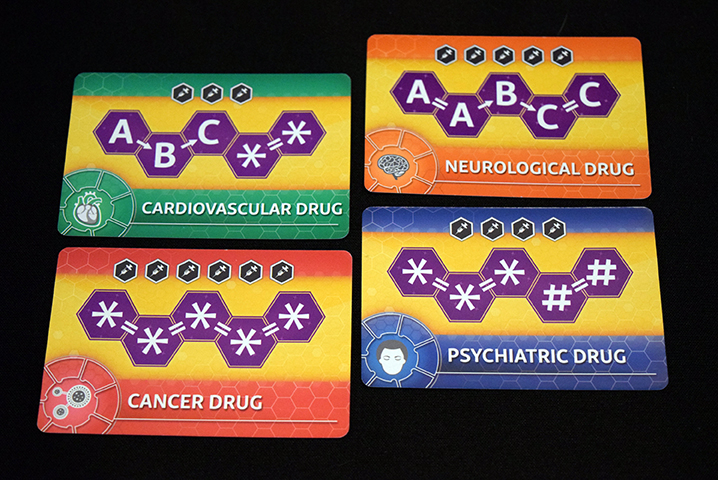 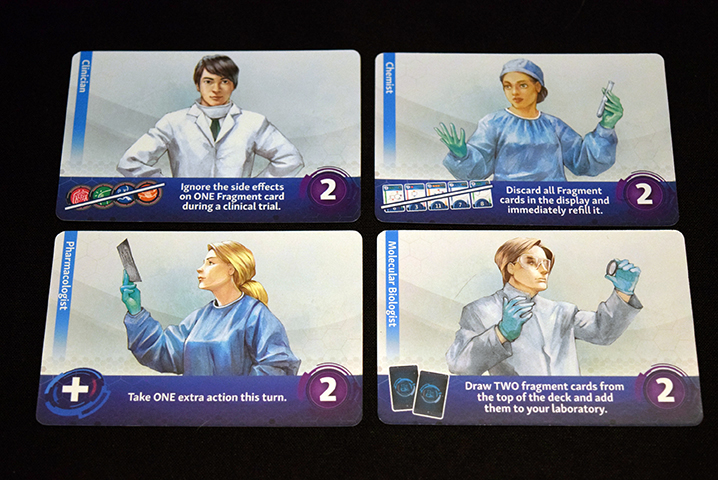 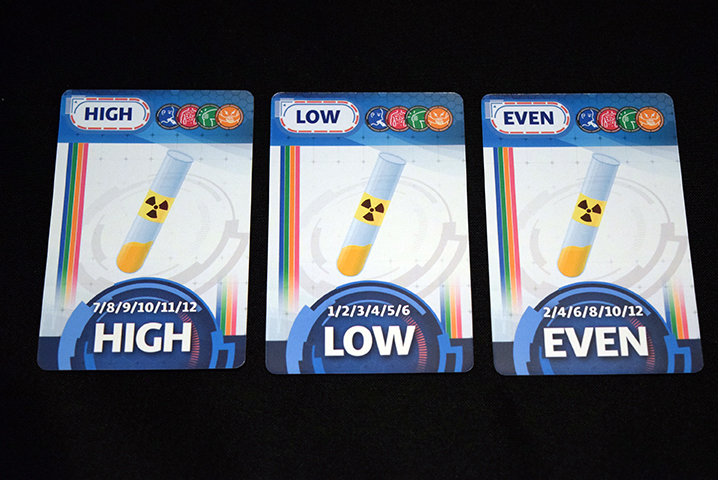 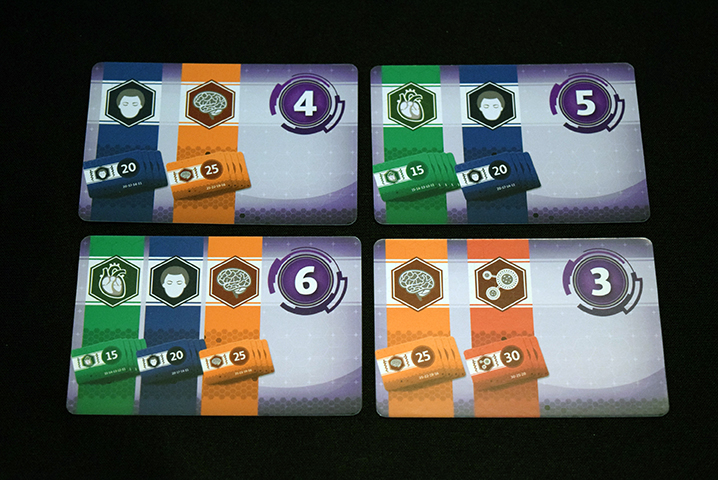 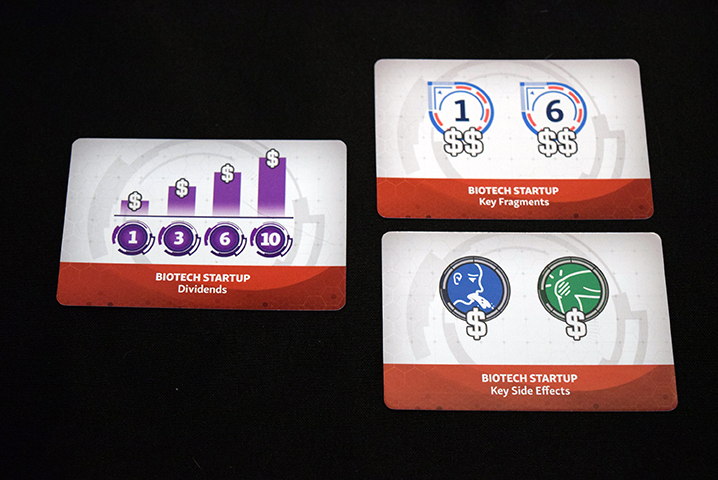 On its own, Pocket Pharma is a fun, light, occasionally thinky game that we really enjoyed.  By adding in a few of the modular expansions, you open up the gameplay just a bit and remove a little of the randomness that can occasionally slow things down when the fragment deck isn’t being cooperative with anyone’s formulas.

On the whole, we absolutely enjoyed Pocket Pharma, and highly recommend it for people looking for a light-weight card game that you can take on the go!