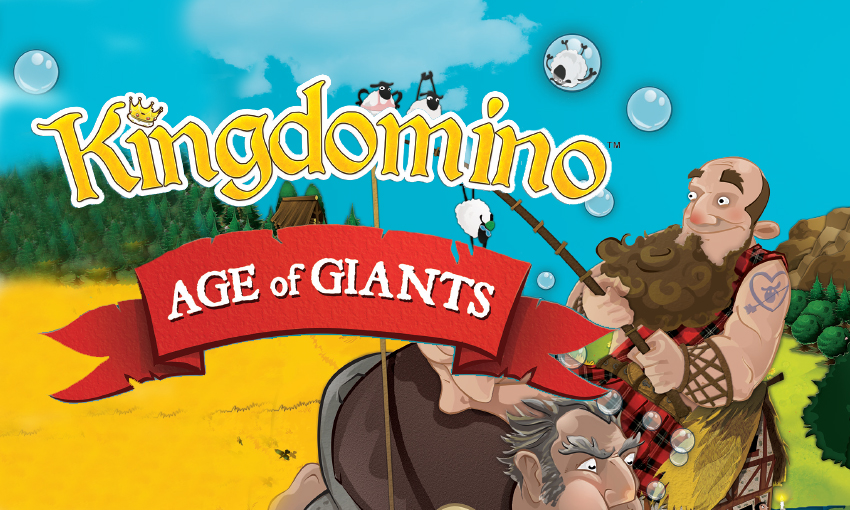 Age of Giants adds something mostly-unknown to the world of Kingdomino - direct take-that mechanics which will appeal to some (without really being so negative as to turn it into a take-that game).  But while the giants loom large, the addition of challenge tiles is what makes this expansion an excellent addition to both base games.

Age of Giants is a pretty unique game, as expansions go.  It is rare that an expansion is designed to integrate with multiple titles, but that’s just what this one is designed to do – within the slim, tall box of Age of Giants, one will find two expansions which are equally compatible with both Kingdomino and Queendomino – two games, incidentally, which are absolutely fantastic.  But how does Age of Giants stack up next to these excellently-designed and hugely popular titles?  Well, let’s take a look and find out!

We received a review copy of Age of Giants.  We weren’t otherwise compensated.

So, we won’t rehash too much here, but as we just mentioned, Age of Giants is an expansion for both Kingdomino and Queendomino, and we really loved both.  But while Kingdomino was defined by its incredibly clean design and Queendomino added some unique variety, Age of Giants introduces something unheard of in the domino-verse – direct take-that mechanics in the form of the wandering Giants.

In Age of Giants, a pile of tiles featuring either giants or giant footprints get added to the game.  Whenever a tile with a giant gets added to your kingdom, you must take one of the giants from the supply and place it on one of your tiles, covering up a crown.

Andrew: Crowns covered up by giants don’t get scored at the end of the game, which sucks.

Jess: Yeah, but any time a giant is added to your kingdom, you get to decide where it goes, so it’s possible to place them strategically so they do the least harm.

But for those afflicted by giant guests, all is not lost.  Whenever you draft a tile with giant footprints, you get to move a giant out of your kingdom.  Better still, you can decide which of your opponents will now host this oversized visitor.  As with getting a giant tile, the receiving player gets to decide where they will plant their giant, and you’d better hope they don’t draft a footprint tile, because that giant will probably wander back your way…

Jess: So I’m surprised to say it, because I rarely like ‘take-that’ style mechanics, but I actually think that the Giants in Age of Giants add a neat level of interactivity and tension to the base games.

Andrew: I totally agree – while it does stink to end the game with some giants camped out on your kingdom, it’s rarely the end of your game, and their presence gives you something to use against players who have skillfully drafted their way to huge territory bonuses.

But while the giants do loom large over Age of Giants, they weren’t actually the best part of the expansion.  In addition to the giants and their tiles, Age of Giants adds Challenge Tiles, and they are our favorite feature of the package.

The base game of Kingdomino has two bonus scoring rules – completing your kingdom without any empty spaces, and keeping your castle at the center of your kingdom.  Age of Giants’ Challenge Tiles replace those rules.  Instead, at the beginning of the game, 2 of the 17 challenge tiles are revealed and represent bonus scoring rules for that game.

These bonuses represent a variety of layout and composition challenges all players can work towards in building their kingdoms.  The original 2 rules are still there, but there are also rules about establishing lines of crown spaces, or surrounding your castle with a certain terrain type, or even things like keeping your castle in a corner or having large territories where there are no crowns at all!

Andrew: The Challenge Tiles are really what moves Age of Giants from a nice expansion to a must-have for me.  The variety it introduces is a fantastic addition to both base games, and I absolutely see myself using them for every play from now on.

Jess: I totally agree.  Having new goals every game means you don’t have to fall back on the same strategy over and over, and we’ve definitely seen them swing a game in somewhat surprising ways when someone was having trouble scoring points in a more traditional way.

Finally, Age of Giants also adds the components necessary to make either Kingdomino or Queendomino a 5 player game, which is a nice addition! 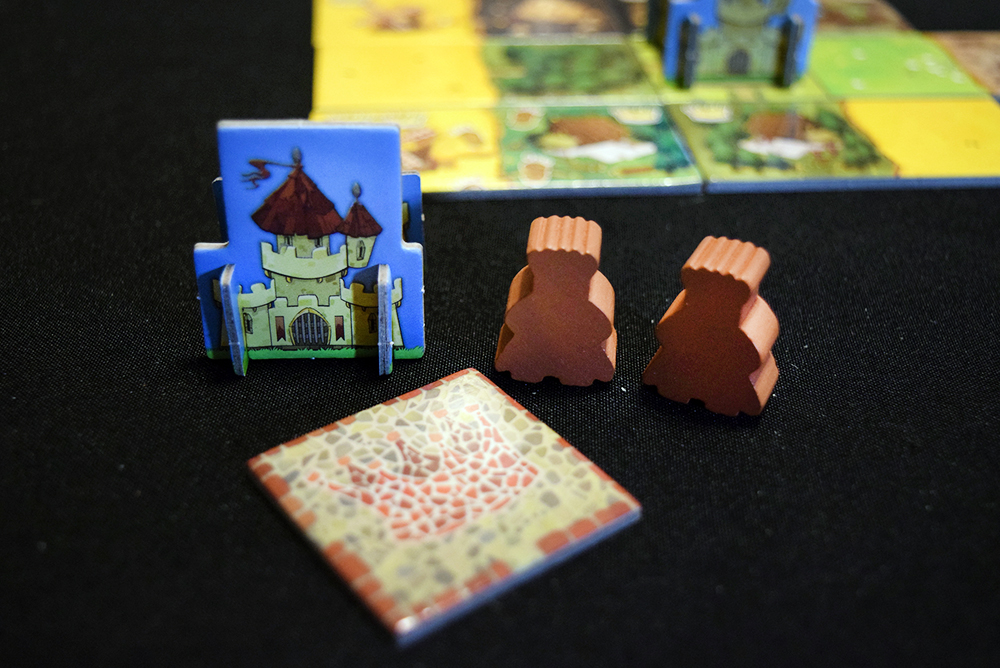 On the whole Age of Giants is an excellent expansion to a pair of already excellent games.  And even though it introduces some take-that elements, which might put some people off, they are subtle and unobtrusive enough that they never really detracted from the experience.  And as a fantastic bonus, Age of Giants also features a tile-tower, which was a really nice feature.  For fans of either (or both!) original game, we highly recommend Age of Giants!

One thought on “Kingdomino: Age of Giants Review”