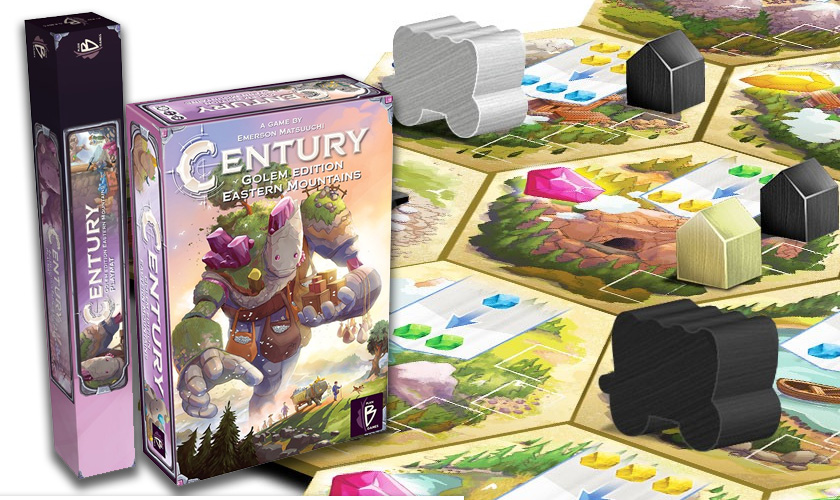 Released last year at Gen Con 50, Century: Golem was a huge hit and fans of the game have been asking for more ever since. If you are chomping at the bit to travel back to Carvania, well I’ve got good news for you. Plan B Games has announced they will be extending the Century: Golem series starting with the its first sequel Eastern Mountain! 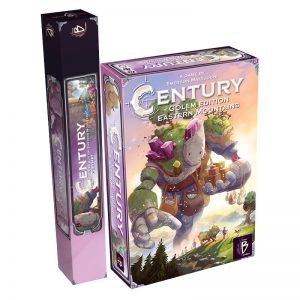 As described by Plan B Games:

Return to Carvania in the follow up to the cult hit – Century: Golem edition. Players resume their roles as crystal traders and are now out exploring the Carvania mountain ranges and associated valleys seeking to establish a trade network. Designed by Emerson Matasuuichi and illustrated by Chris Quilliams and Atha Kanaani, Century Golem: Eastern Mountains reimplements Century: Eastern Wonders but with a vivid manga inspired art. We welcome you to explore all the new gameplay elements and unique mixable game – The Call for Adventure.

Preorders for the game are now available and can be bundled an exclusive playmat on the Plan B Games’ webshop or you can buy a copy at this year’s Gen Con. Eastern Mountains will be exclusively sold on the webshop and at conventions until August 2020. If you preorder prior to July 29, 2019, you will qualify for a discount if bundled with the playmat. You can learn more and pre-order you copy at planbgames.com.