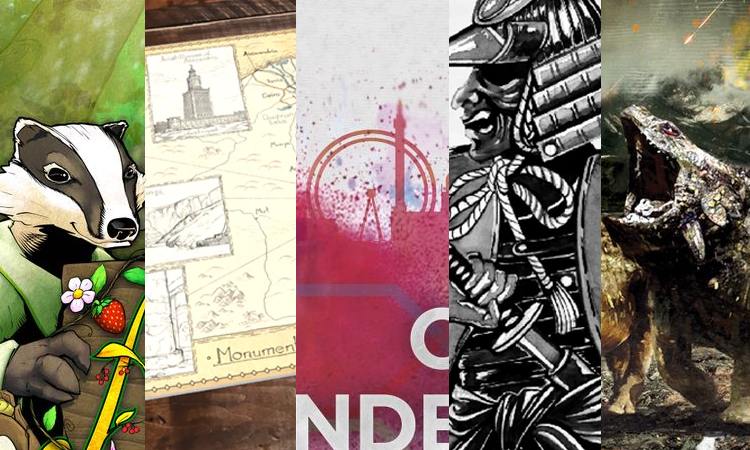 It’s Friday and, hopefully for everyone, a long weekend! Let’s enjoy with a quick perusal of the exciting games on Kickstarter! 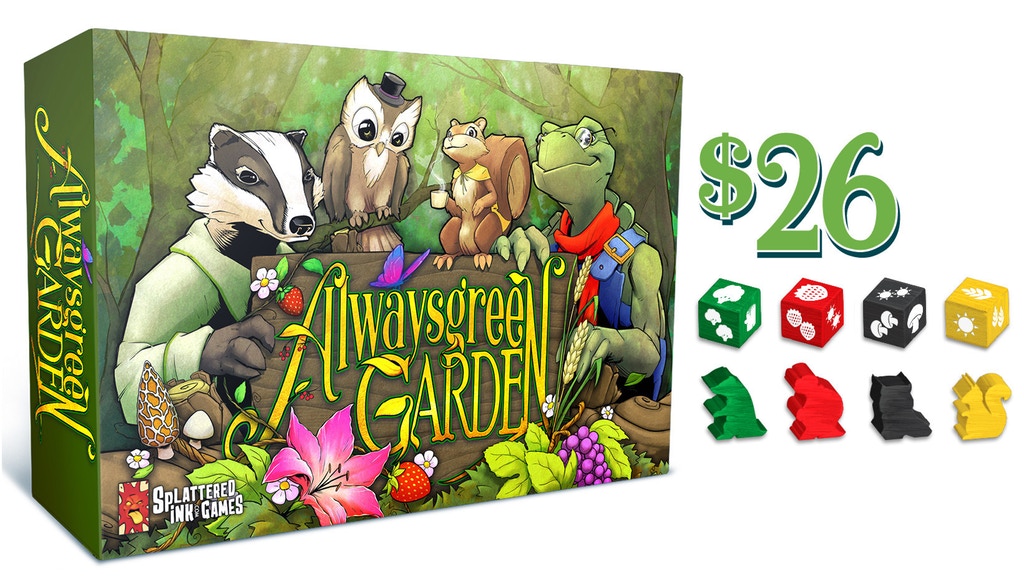 The Acorn Inn is hiring a new chef and competition is getting fuzzy. 2-4 players will compete to cook the best recipes by employing the help of the magical animal gardeners. For each of your recipe cards you’ll need fresh ingredients which can be harvested from the garden patch tiles. Each tile grows different things and the animal gardeners give you special abilities such as changing out your recipe cards or adding different ingredients to a tile to harvest. 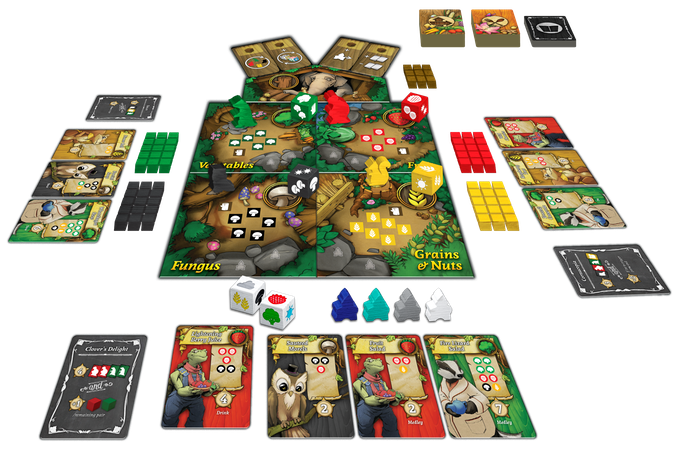 The Alwaysgreen Garden looks accessible for younger audiences, yet I suspect there is enough strategy to the game to appeal to adults. I love set collection games with fun themes so this one is definitely exciting for me. Dig up more info (and vegetables) on the The Alwaysgreen Garden  Kickstarter page here. 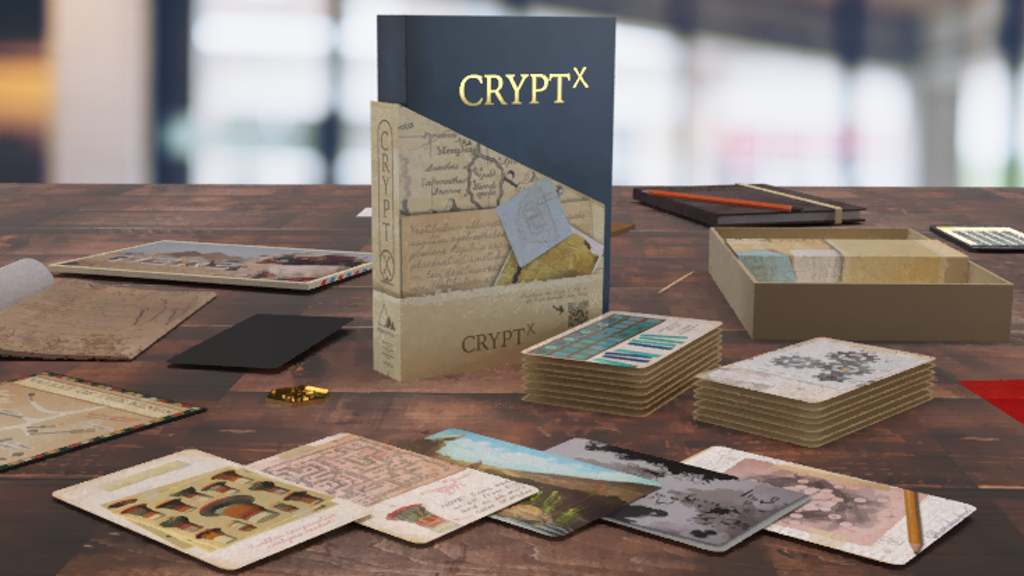 I love Escape Rooms and puzzle games, so any game that combines the two will pique my curiosity. Crypt X is a card game with an integrated app that has you exploring an ancient Egyptian crypt. 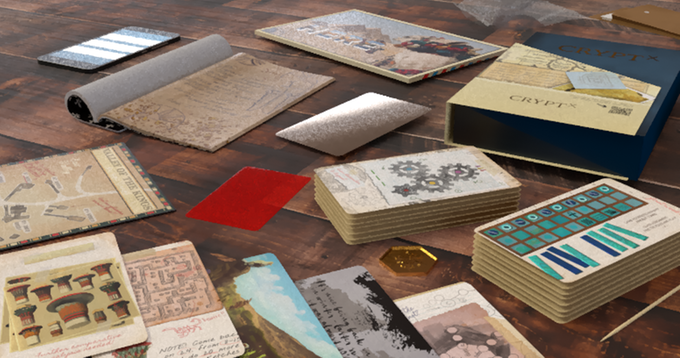 As you solve each puzzle, you will input your answers into the accompanying app to check your answers and learn more of the story. I think Crypt X is looks really polished and because the app takes care of managing your answers, there’s no chance of accidentally seeing the solutions beforehand. If you like puzzley games, Crypt X is worth taking a look. Head on over to the Kickstarter campaign here.

On the Underground: London / Berlin 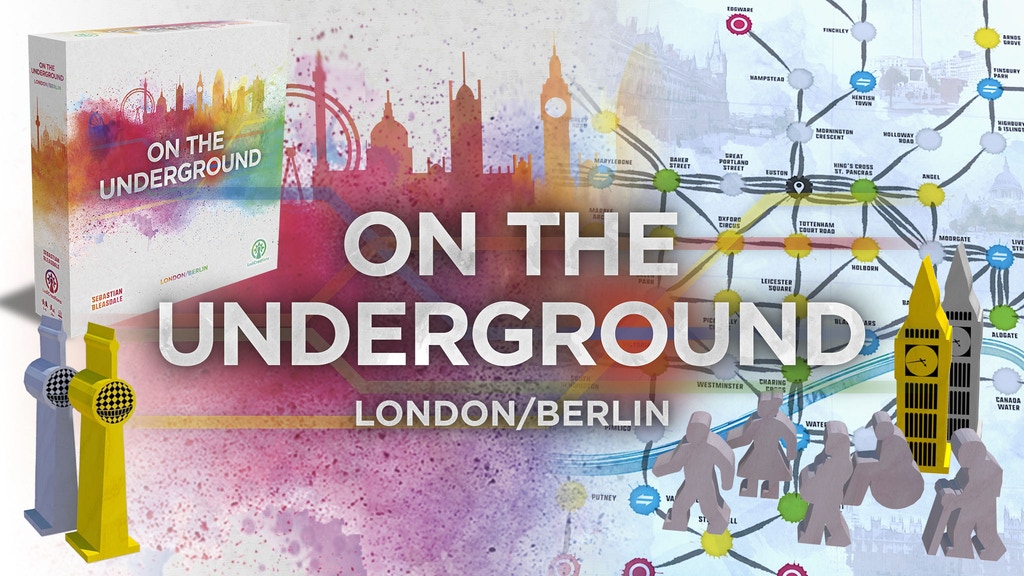 On the Underground: London/Berlin is a an updated reprint of the long out of print game by Sebastian Bleasdale. The game is all about building underground train lines and as designers of the London or Berlin lines, players will need to get passengers to ride their lines by building their tracks strategically. It has been compared to games like Ticket to Ride and Through the Desert, but claims to have more more depth.

This new edition of On the Underground: London/Berlin has some updated rules and includes a new Berlin map and, if you get the deluxe edition, you’ll get new passenger and destination tokens as well as a deluxe, UV coated slipcase for the game. Head on over to the On the Underground: London/Berlin Kickstarter to learn more about this exciting new reprint. 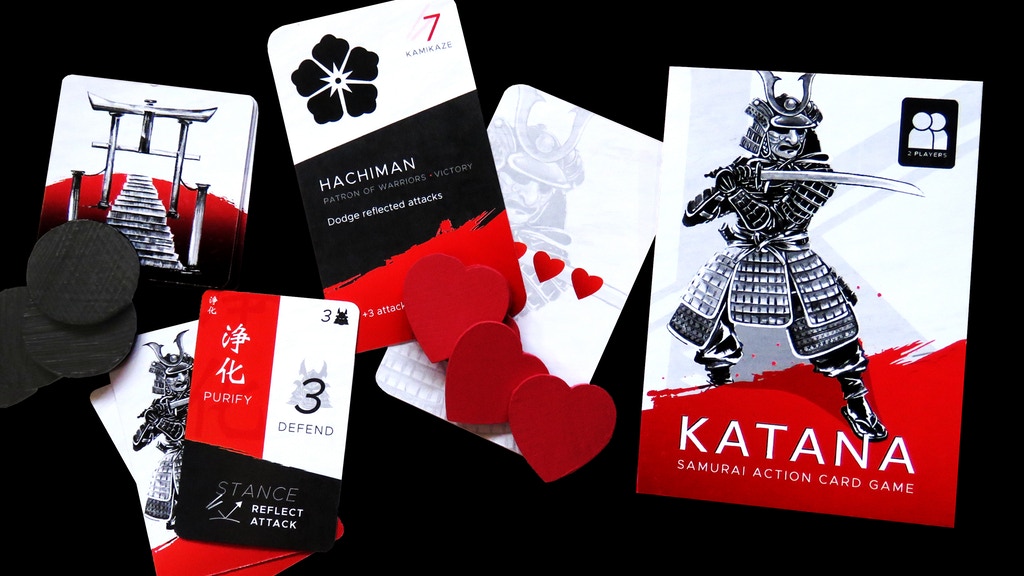 As a duel between two players, Katana is a card game where samurai battle with the help of powerful Kami. Each turn players will play attacks and set defensive stances; trying to whittle their opponents health down to zero.

The interesting aspect of this game is the Kami. Each one has 2 powers which can aid a samurai. By playing a purify card a samurai can gain the benefits of a Kami and potentially sacrifice them in a kamikaze attack to deal a ton of damage. While I am not a big fan of player vs player games like this, the art design is really stunning and the gameplay looks elegant. If duels are your kinda jam, take a look at Katana on Kickstarter here. 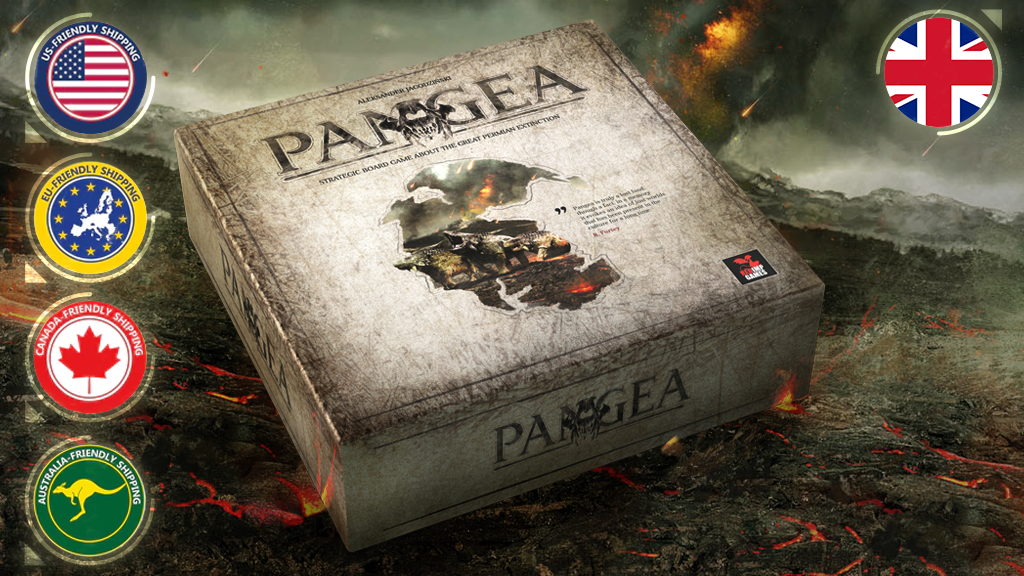 As the next mass extinction approaches, scientists race to understand it and learn how to stop it. To that end, they are running the Pangea Project, a simulation designed to uncover the secrets as to why life was snuffed out 262 million years ago. Throughout the game, players will need to manage a species, prepare it for the apocalypse, and defend its territory from other creatures. 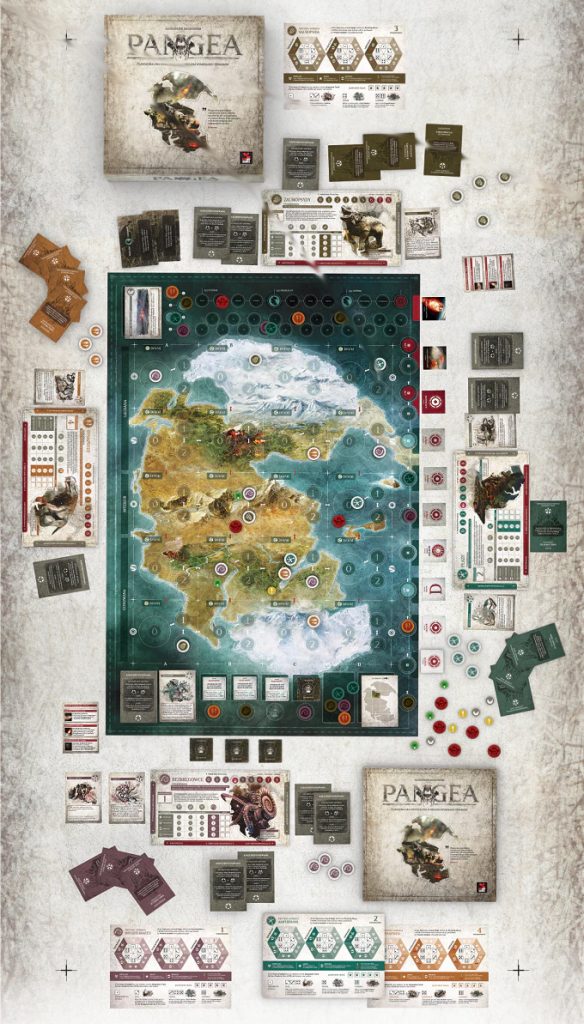 The theme of Pangea is really fascinating and a commentary on where we are at in this moment in time. I think the art is fantastic and the mechanics seem to do a good job of evoking the theme of the desperate struggle for survival that each species will be facing. Learn more about Pangea on Kickstarter here.