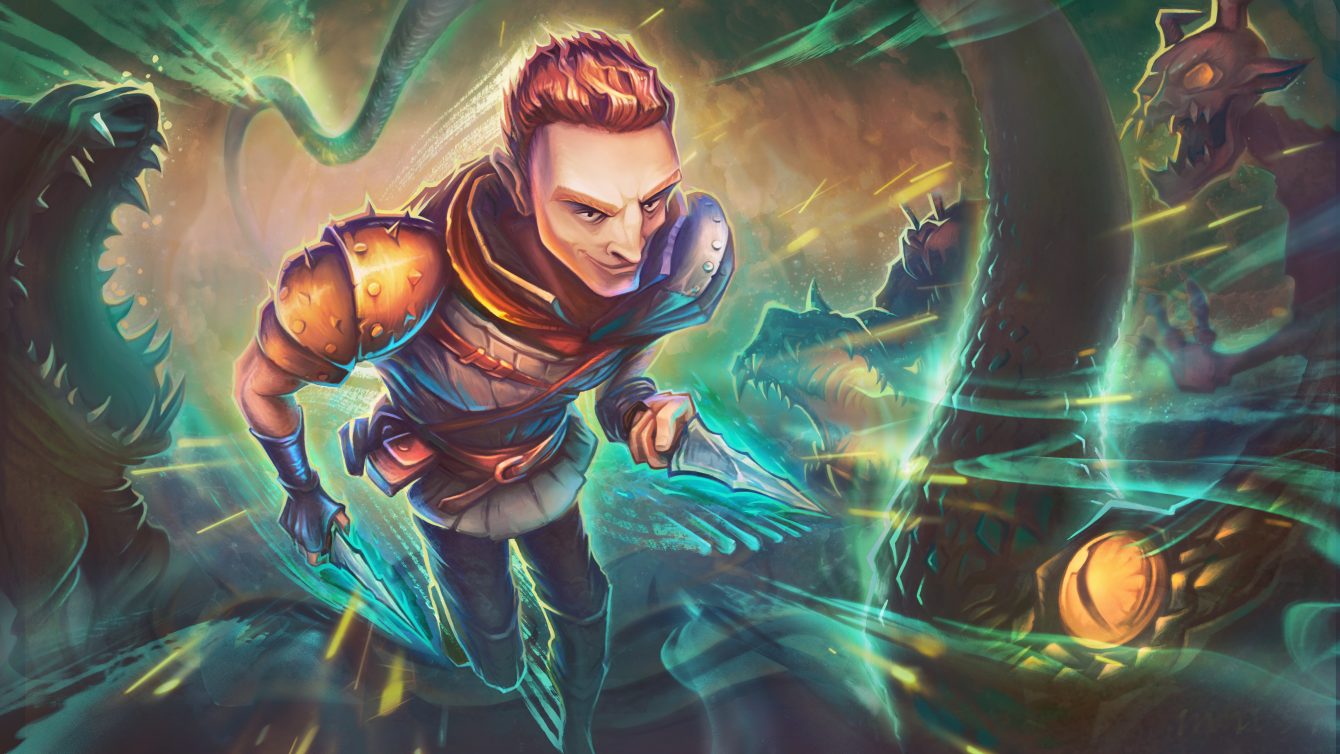 Developer AYGames has released a new character for their deckbuilding adventure RPG, Deck of Ashes. 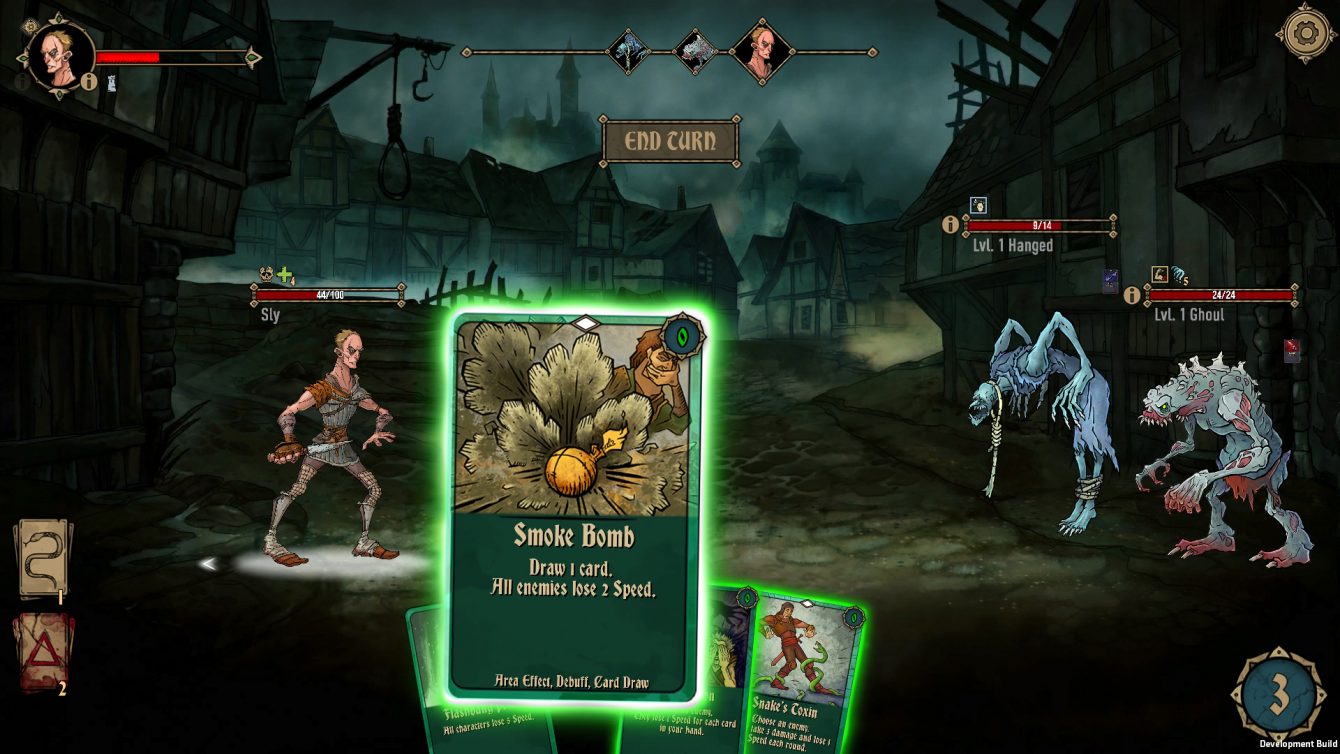 Deck of Ashes is a procedurally-generated turn-based RPG where players battle powerful enemies and try to dispel the Ash Curse using their customizable Battle Deck. As you play, you’ll add new cards to your deck; building up your powers and abilities. Deck of Ashes is also a rouge-like in that losing a battle means losing you’ll lose all your hard-earned cards and have to start over again, so you have to build your deck and fight strategically. 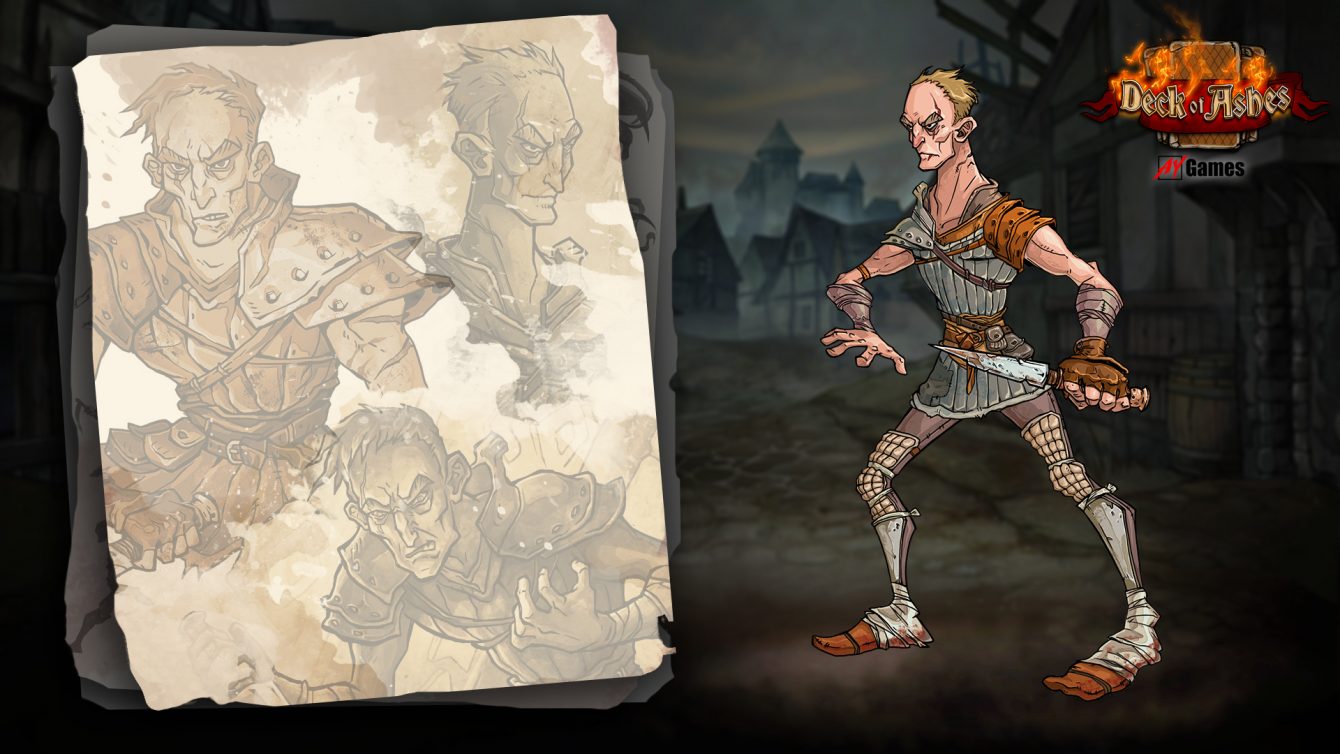 The new character, Sly, aka, The Black Serpent, is available for free in the newest update to the game. According to AYGames:

Sly is vengeance incarnate – turning to evil after his wife was wrongly tried and executed for crimes perpetrated by the rich and powerful. After the Ash Curse struck the land, he became even more sinister — a living shade, filled with hate and dark magic that allows him to strike from the shadows with fearsome speed and blinding-fast reflexes, laying low his foes. He may seem like the archetypal “rogue” to some, but he’s far, far more than that.

Unfortunately for The Black Serpent, all this dark power comes with a cost – his very sanity itself. Sly can never rest, as he is haunted by the voices of his dead enemies, and so he has set forth to find Lady Death, who he hopes can allay his guilt.

Sly’s abilities include –
Let them Bleed: Sly delivers a vicious series of blows, causing his targets to bleed out more quickly than normal

Way of the Snake: Poison and stun your enemies before finishing them off — every infamous villain requires an impressive finale!

Ace in the Hole: Generate additional cards during combat to outlast even the strongest opponents
To celebrate the introduction of Sly, Deck of Ashes is on sale for 15% off of its normal price for a limited time on Steam.

Deck of Ashes is now available in Early Access, with a full release planned for later in 2019. AYGames asks that players share their feedback and ideas throughout the duration of the Early Access phase so that the game is created with the players in mind. For more information, visit AYgamesco.com.