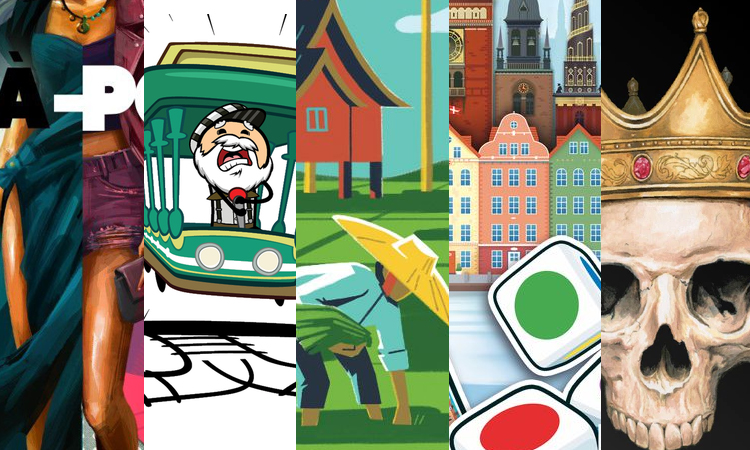 It’s Friday! Let’s get this party started! Who’s walking the Kickstarter catwalk this week? Check out my list below to find out! 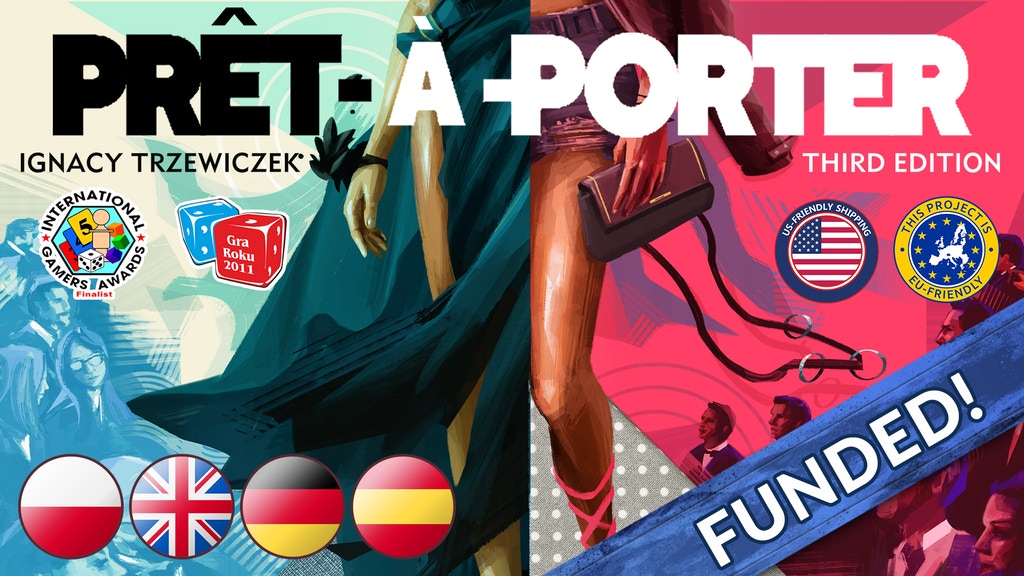 Strutting its stuff, Prêt-à-Porter is back in action since its limited release in 2011. This fashion forward game puts players in charge of their own clothing companies. As you play you’ll need to hire new workers, expand your company, sign contracts, and show off your designs during industry fashion shows. By rocking the runway you can earn awards and money which can net you the win at the end of the game. 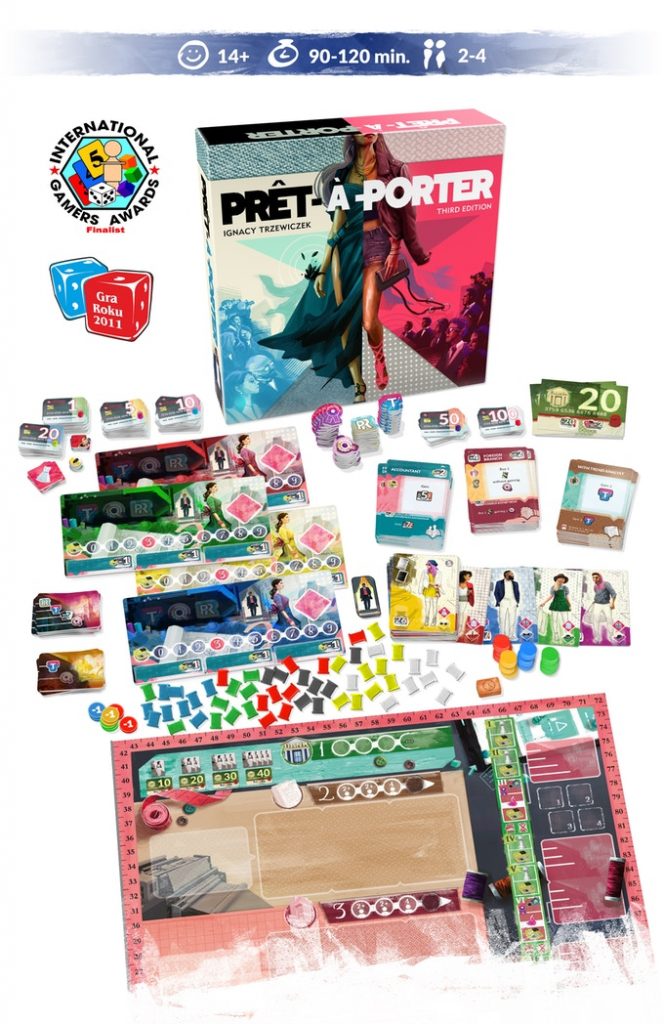 I love the original themeing and the colorful design of Prêt-à-Porter. This is the Venn diagram of worker placement and watching Project Runway and I am here for it. Learn more about this exciting new reprint on Kickstarter here! 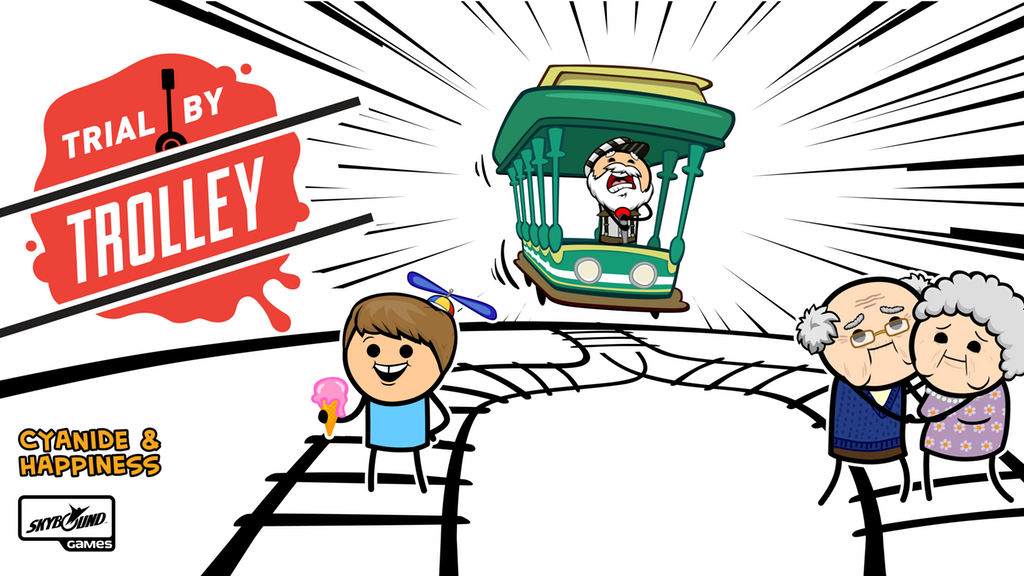 It’s a question that’s been around since the invention of trolleys: If you are faced with the dilemma of a trolley hurtling towards two different people/groups and you are in charge, which one do you divert the trolley to? It’s unfair, unrealistic, and Cyanide and Happiness have made a disturbingly funny game about it. In Trial By Trolley, players split into two teams and one conductor. Each team will be in control of one of the tracks the trolley could potentially trundle down.

Players will add cards either to their own track or their opponents in an attempt to get the conductor to save the people on their track. The team that gets run over, gains death tokens and once everyone has been the conductor once, the player with the least death tokens wins. Trial By Trolley looks ridiculous and the Murder trolley mini, that comes in the Derailed Edition, is freaking awesome. If you’re looking for a party game with a dark twist then go check out Trial By Trolley on Kickstarter here. 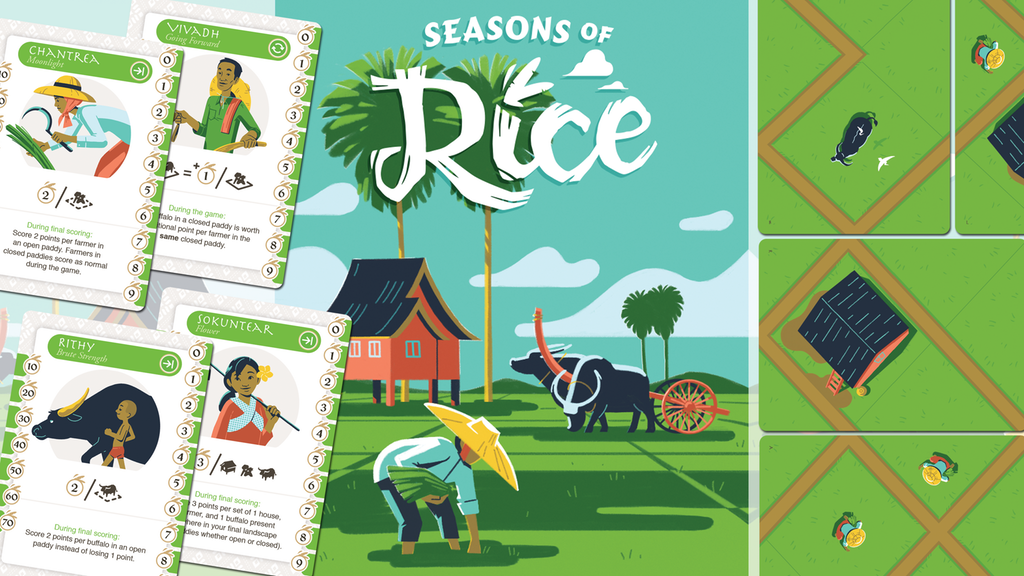 Buttonshy Games is constanly adding little gems to their catalog. This month they are Kickstarting Seasons of Rice, by Corry Damey. This 2 player, card drafting/placement game is set on Cambodian rice paddys where players must expand their farms and gain the most bountiful harvests. 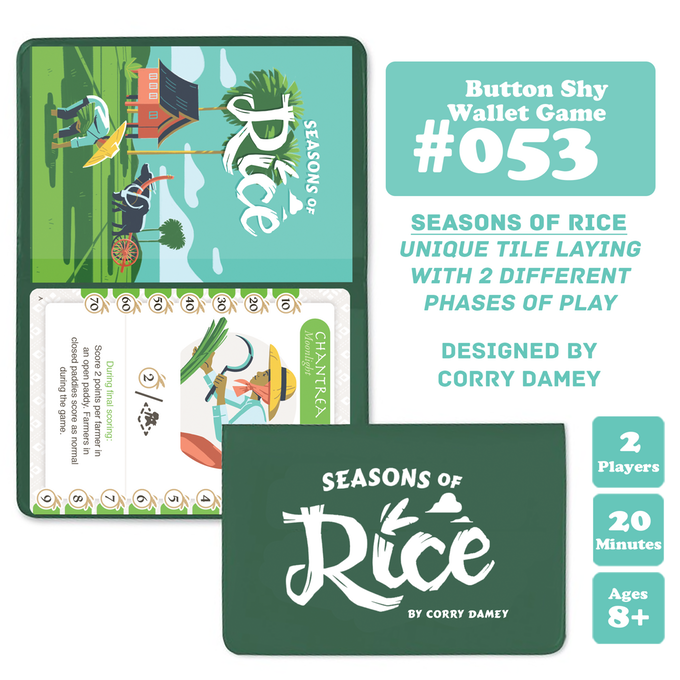 Players will start off with a hand of cards and each turn they will select 1 to place in their paddy and one to place in a communal pool and then exchange hands with each other. Once all cards have been placed this way, players will then take turns drafting cards from the communal pool to add to their paddy. Points are scored for paddies that are fully enclosed and gain extra points for houses, farmers, and buffaloes. The game is beautiful, simple, and celebrates Corry Damey heritage. Learn more about Seasons of Rice on Kickstarter here. 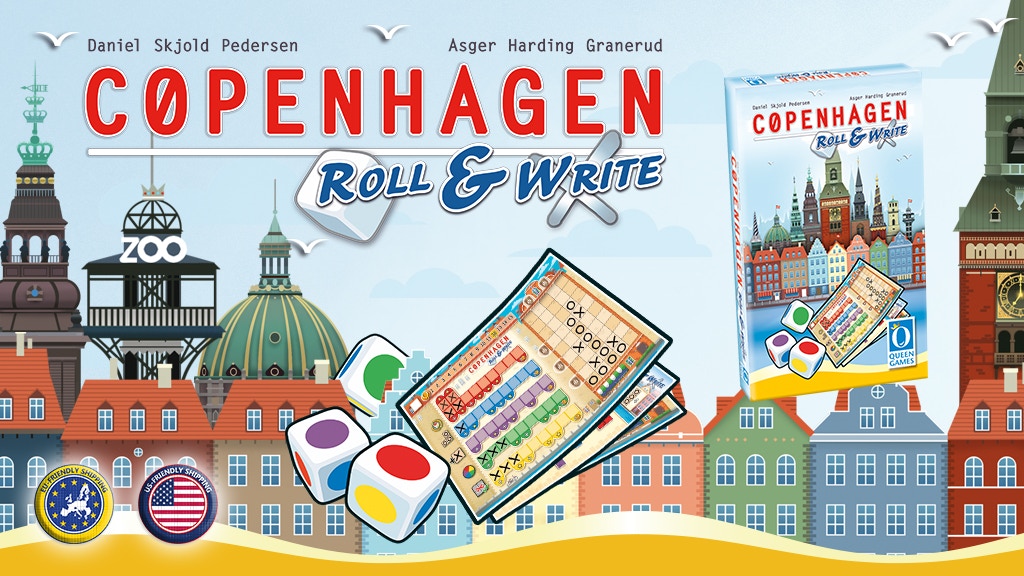 Inspired by the card-drafting board game Copenhagen, Queen Games’ Copenhagen: Roll & Write tasks players with designing beautiful façades for the houses along the harbor of Copenhagen. The game uses 5 dice with multi-colored sides, player sheets, and sheets with different polyomino tiles depicted. 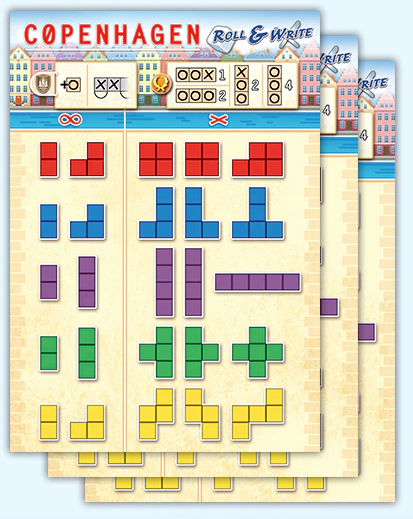 Each turn players will roll all the dice and then choose one color. The number of dice showing that color will allow you to choose a shape from the available polyominos and draw it on their scoresheet. Players can only use the larger polyominos once, so when and how they are placed is key. Points are scored as rows and columns are filled and once someone hits 12 points the final turn is trigged and the person who has the most points at the end wins. I adore Roll & Writes and the Tetris-like puzzle aspect of this game looks fun. Learn more about Copenhagen: Roll & Write  here on Kickstarter.

Three Years of War – A Fun Game of Misery 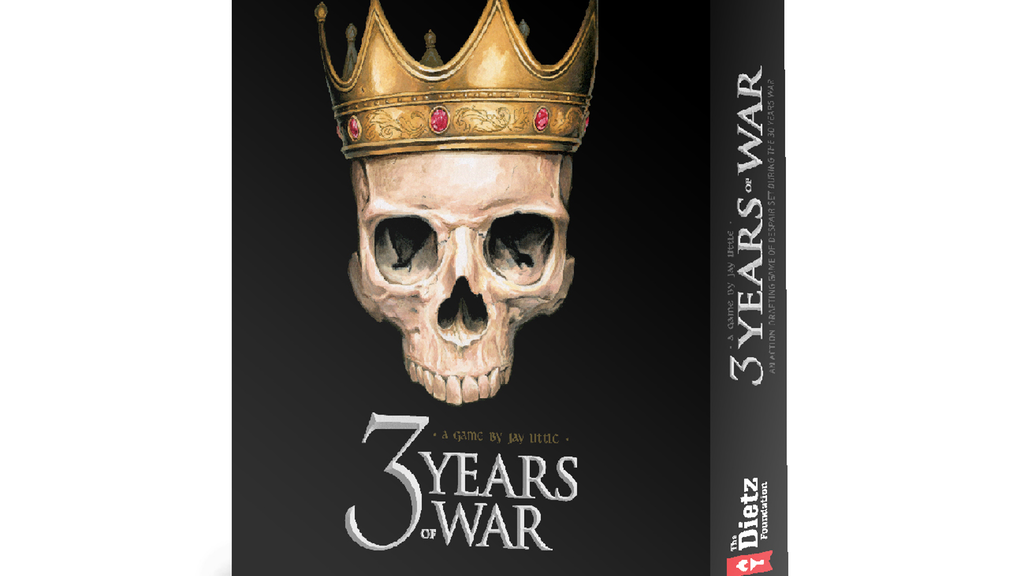 While I am not often into games about war, Three Years of War, by Jay Little, is interesting as it is a survival game set in the Thirty Years War. As minor dukes/duchesses, players must wreck havoc on neighboring cities to pillage the food and money they will need to make it through the war. During the game, players will draft claim cards to add resources to their tracks, but some claim cards come with negative effects that can affect one or more players. 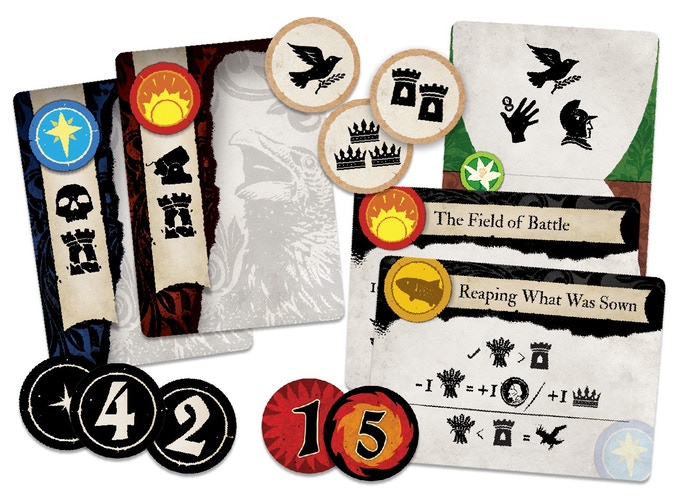 It wasn’t just the game that stood out to me though. The publisher, The Dietz Foundation is something I haven’t come across before: a not-for-profit game manufacturer. The foundation’s mission is (in their own words) to produce games which enhance critical thinking, the use of math, enhanced historical knowledge with the goal of generating revenue to endow scholarships for budding teachers and current teachers seeking to bring creative new means of education to the classroom. I find that to be a very compelling idea. You can learn more about the foundation at www.dietzfoundation.org and check out the Kickstarter here!