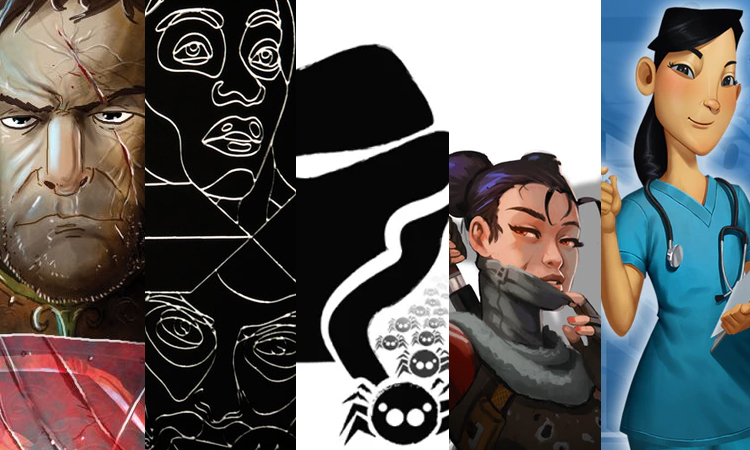 Jess: It’s Friday so you know what time it is. Kickstarticle time! 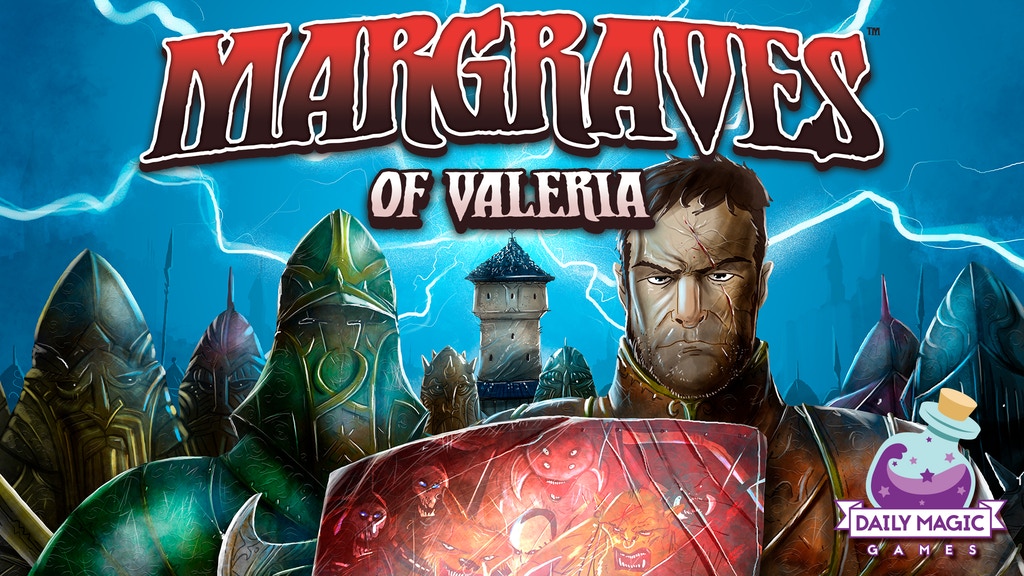 Daily Magic’s back at it again; giving us another look at their lovingly crafted world of Valeria. This time they are venturing into worker-placement and resource-management game called Margraves of Valeria. In the game you play as a Margrave, a military commander whose job is to safeguard Valeria and build up Ward Towers. You’ll be able to send your knights to defeat monsters, get resources, and recruit citizens in an effort to raise you influence over the 4 guilds of Valeria: Worker, Soldier, Shadow, and Holy. Currying favor with the guilds will gain you valuable benefits such as more resources, extra actions, and end-of-game scoring opportunities.

The Valeria series has always been a favorite around here and I’m excited to see them dipping into a new gameplay style. This looks like another fine addition to the series. To learn more check out Margraves of Valeria on Kickstarter here.

SHASN – The Political Strategy Board Game 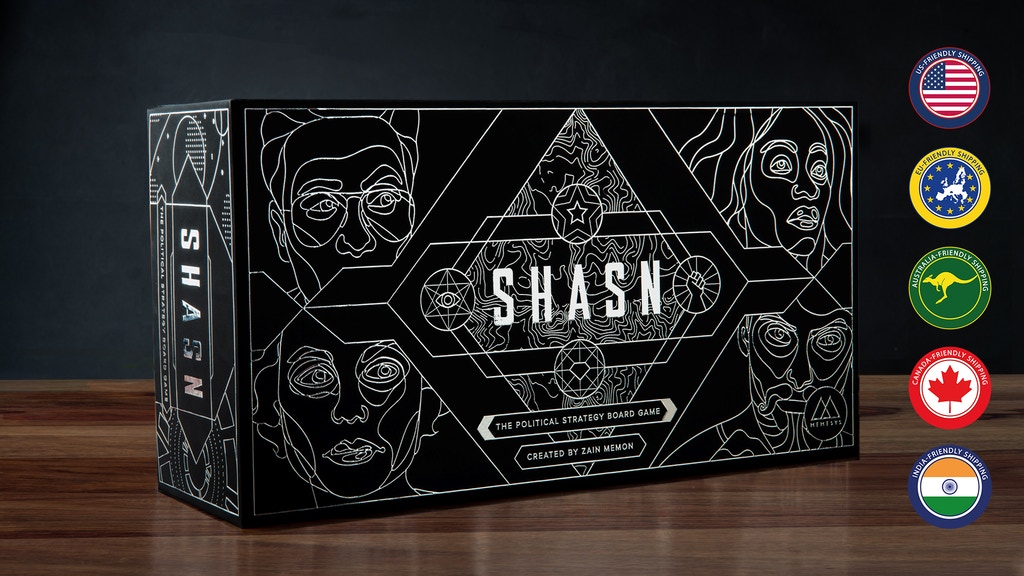 SHASN is a political-themed strategy board game with a razor-fine aesthetic that drew me in instantly. In the game, you play as a politician looking to gain the majority of voters by forming alliances, making decisions on key political issues, conspiring against your enemies, and influencing the public.

To win you must have the highest majority votes once all majorities have been formed in the 9 zones of the board. Every turn you’ll be faced with a ideological question and two answers to choose from. Your choices will gain you resources you need to sway voters, but will also help establish your manifesto which will help you unlock powers. As I insinuated before, the art design on SHASN really blew me away, but I’m also intrigued by the game play. Unlike other political games I’ve seen, I like that SHASN gives you many different options for your political position. It appeals to my roleplayer side who loves building characters. If your interest is piqued as well, go check out SHASN on Kickstarter here. 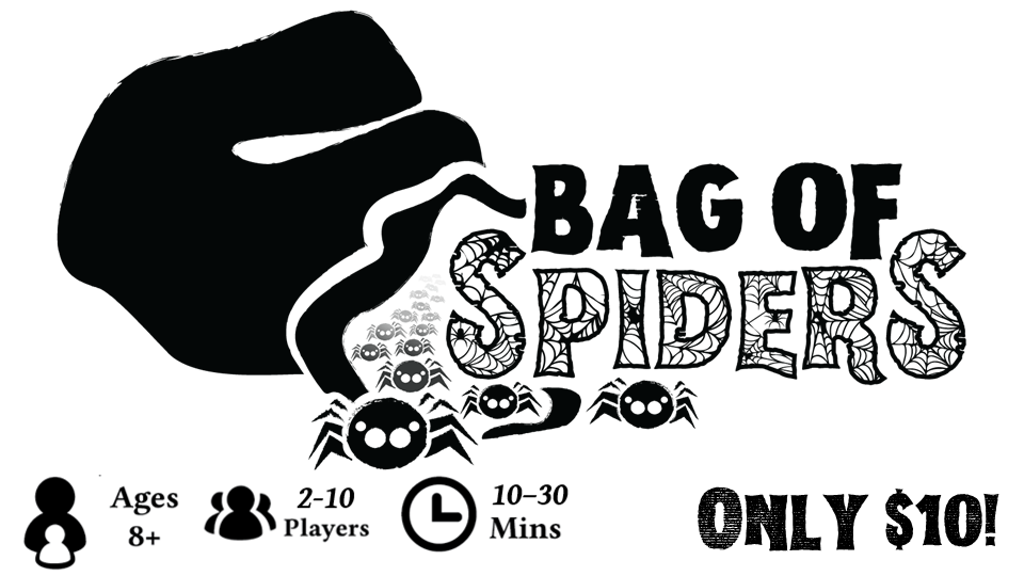 I’m arachnacidal so telling me you want me to buy a bag of spiders is a whole lotta nope, unless that bag is full of fun games (and no live spiders. Seriously). Bag of Spiders (does it have to be spiders?) is a collection of games that use plastic spiders in a variety of ways. In the bag you get:. 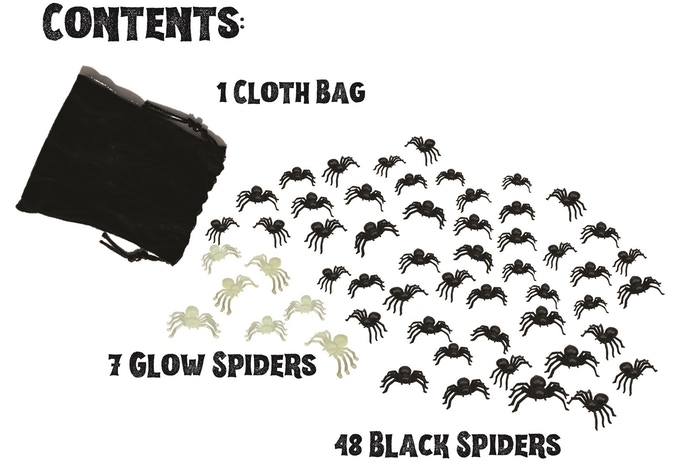 As a bonus, the designers included a few not-so-great games. Why? I’m not really sure, but I blame the spiders.

That’s a lot of games for a simple bag of nopes. There’s also a  fancy jumping spider expansion that I don’t even want to imagine. Nothing spider shaped should jump. If you as less upset at the idea of receiving a bag of spiders than I am, head on over to the Bag of Spiders Kickstarter here. I’m going to go try to forget spiders exist. 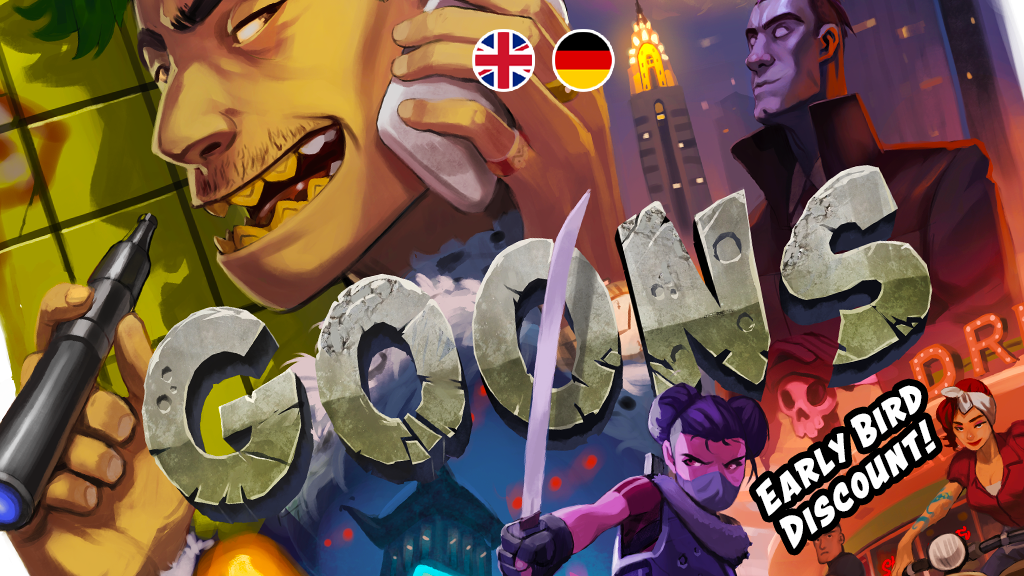 Being the henchman of a master criminal is not the most glamorous job, but at least it keeps things interesting. In Goons, you play a low-level villain looking to make a name for themselves by doing jobs for the big baddies. The game uses a neat action selection system where you draw tiles from a common pool in the middle of the board that reveals a scoring grid. The action tiles are then placed on your goon board and you will take actions based on the color of the tile as well as the space you place it on. 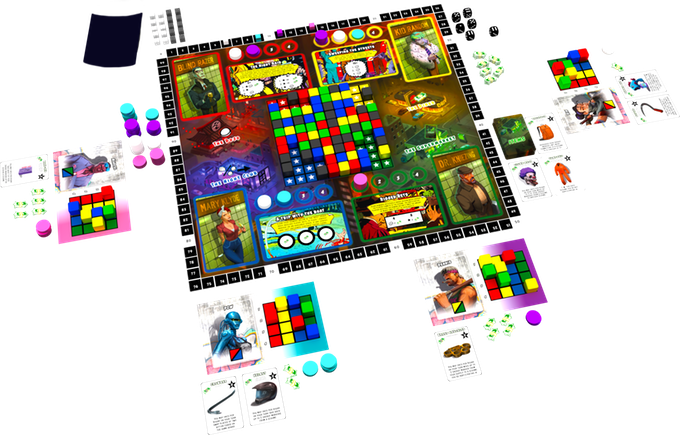 You’ll also need to commit energy to helping villains execute their evil schemes. The more energy you invest, the more likely a job is to succeed netting you valuable victory points. If you manage to score the most victory points by the end of the game, you win! I like that the boss villains are each unique, with their own scoring mechanisms giving you options on who to support and the action selection system looks like fun. Learn more about Goons here on Kickstarter. 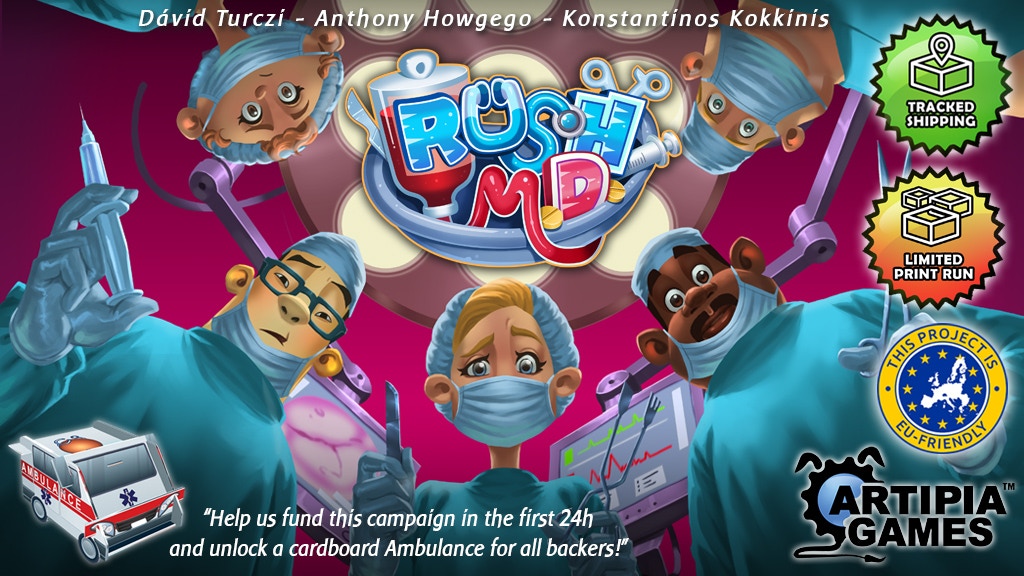 being a doctor seems stressful. Lots of running around saving lives and yelling for things stat (at least that’s how it seems to me). Rush M.D.  is a real-time coop game that uses worker-placement to simulate a fast-paced hospital environment. You’ll take actions like admitting patients, providing care, and performing surgeries by placing your hourglass. You can also place the 4 nurse hourglasses to assist the doctors, but no hourglass may be moved before its sand runs out. You’ll need to think on your feet and make strategic decisions lightning fast. 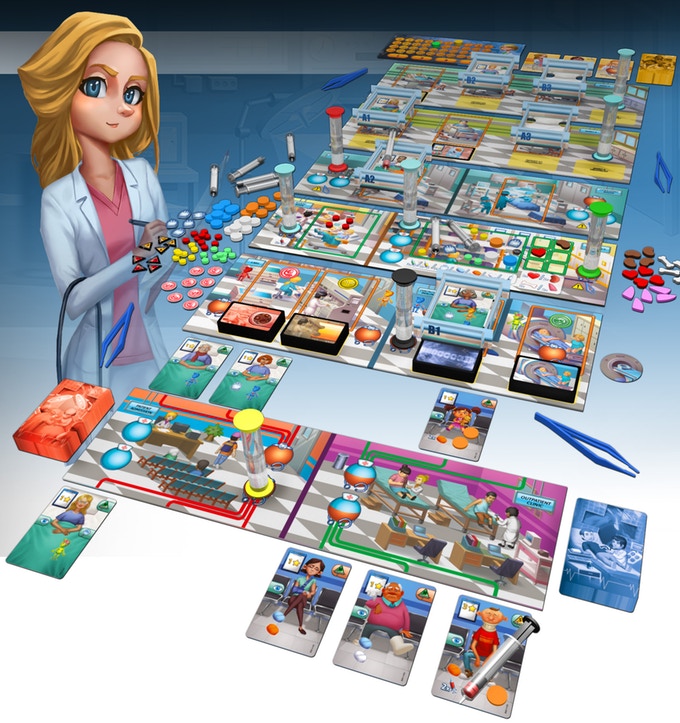 Game rounds last 4 minutes with the entire game being played in 16 minutes total. I’ve played other games that use a similar mechanic and they have been fun, frantic, and left my heart racing as I try to manage what the heck my next move will be. If you like games with a real-time element then I suspect that Rush M.D. will be a winner for you. Check it out now on Kickstarter here.