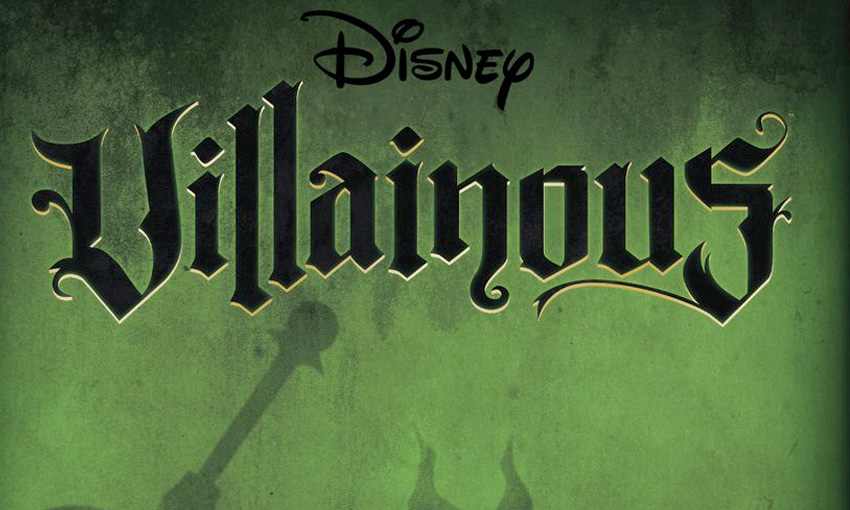 
Villains. They’re the driving force behind pretty much every Disney film ever. Behind every good hero is a sly, scheming troublemaker who will most likely meet an unfortunate end for their misdeeds. However, in Ravensburger’s Villainous, one of the bad guys will finally find their triumph over the forces of good! 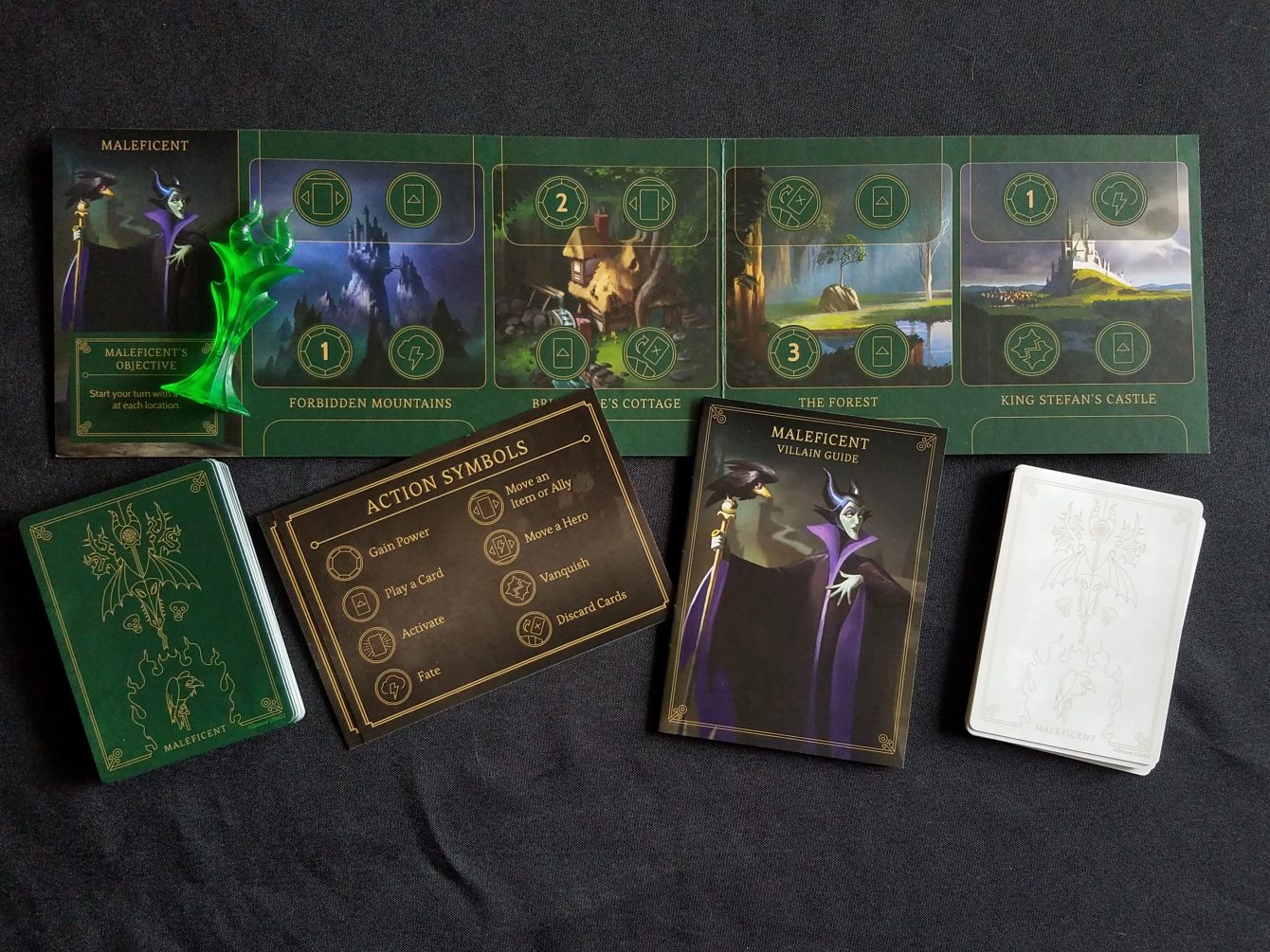 In this asymmetric game, each player takes on the role of a classic Disney villain: Captain Hook, Jafar, Ursala, Prince John, the Queen of Hearts, or my favorite, Maleficent. The villains each have their own set of conditions that they will need to meet in order to win, but this is not a cooperative game. While trying to achieve your own nefarious goals, you’ll need to hinder your opponents by throwing heroes in their way.

Andrew: And when you say ‘asymmetric’, you really mean asymmetric.  Brilliantly asymmetric.  Each villain is basically their own ecosystem, and it makes Villainous so dang cool.

Jess: Heck yeah!  But before we go on about that, let’s walk through the game. 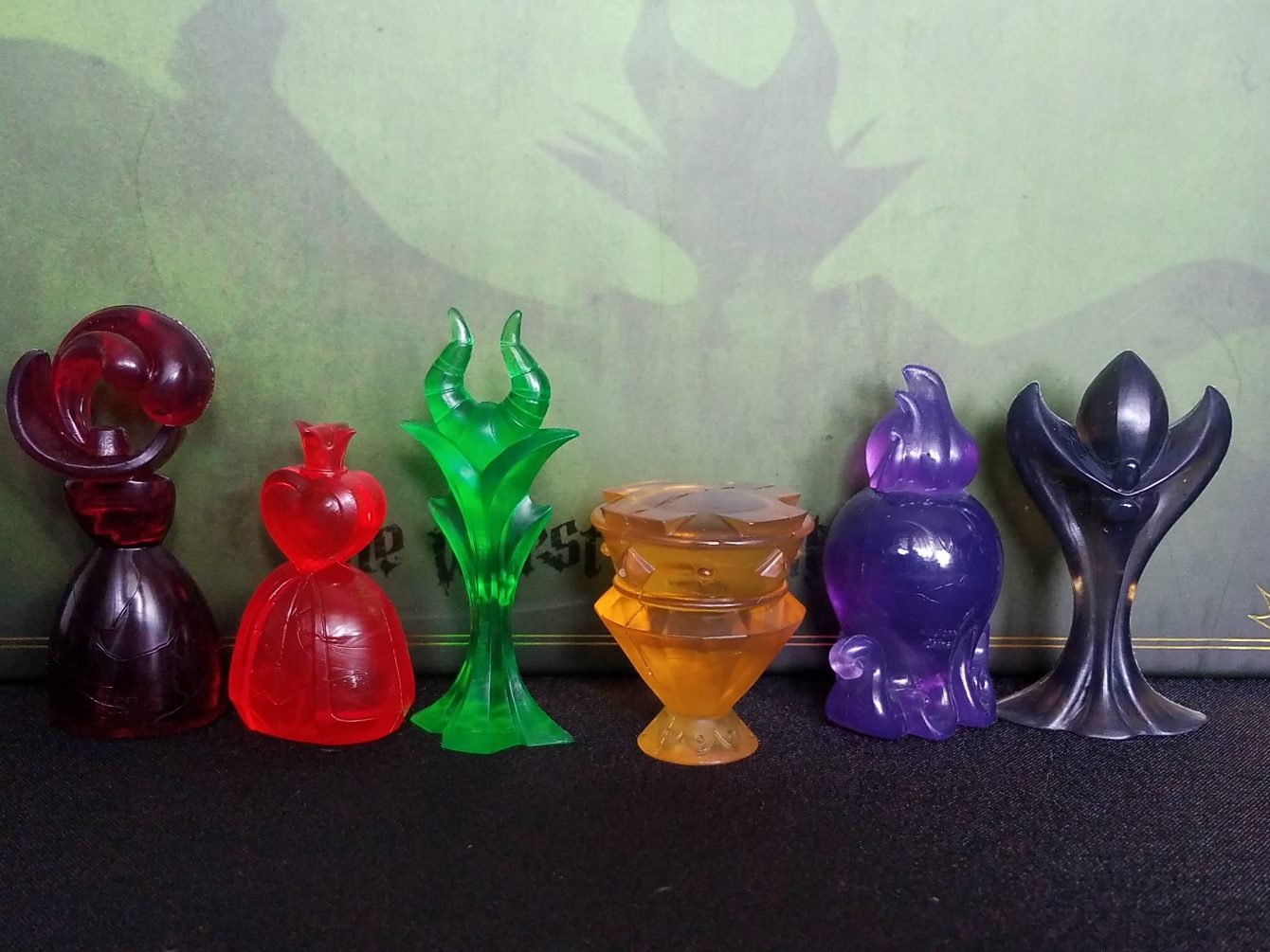 The components for Villainous are stunning. Each villain has their own sculpted player pawns whose simple design elegantly communicates the essential look for each character.  But every component is beautifully illustrated and a pleasure to see on the table. 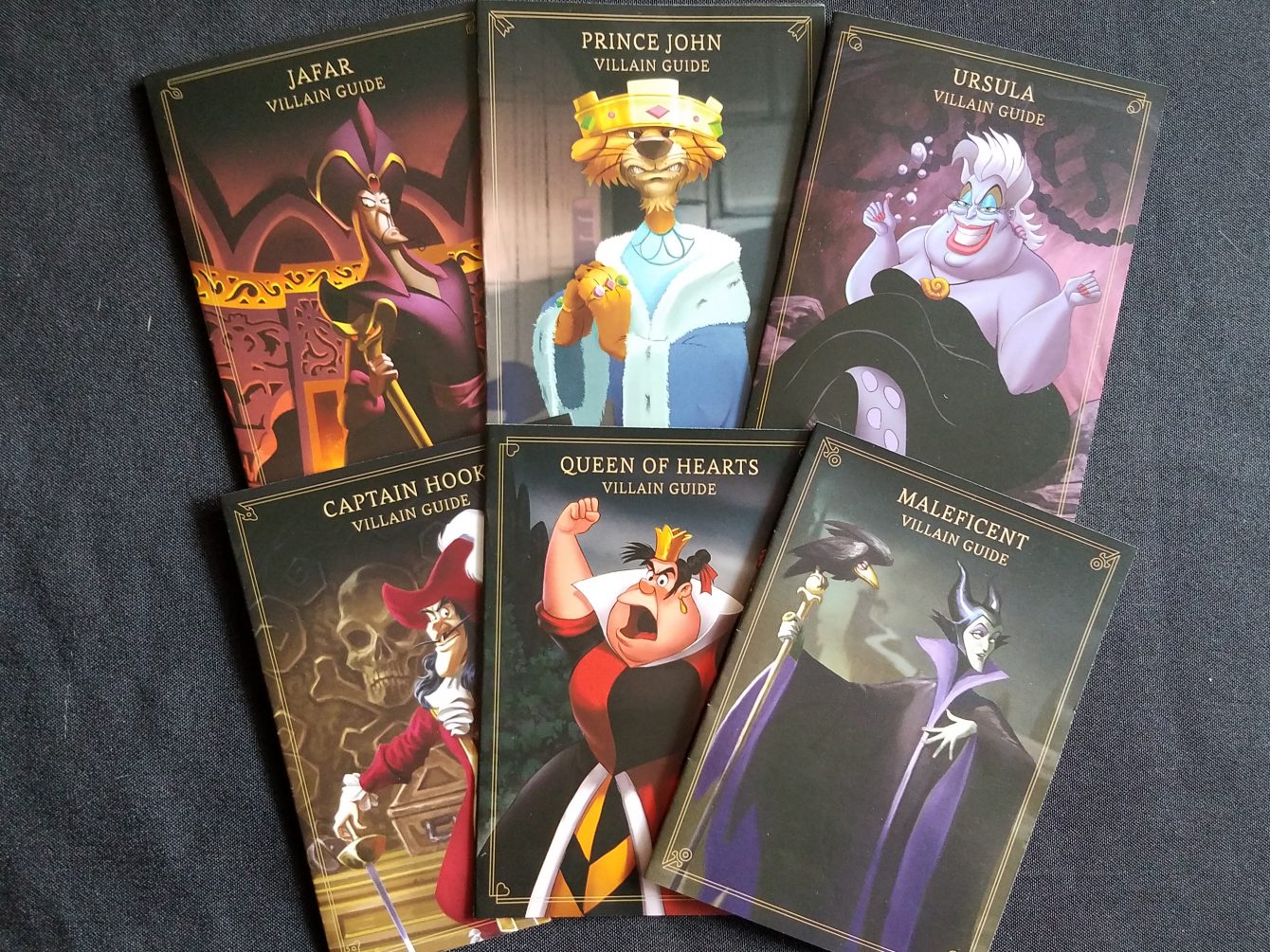 Right from the start, Villainous emphasizes its unique approach to asymmetry in its gameplay.  Like I said, each villain is after their own goal – for example, Captain Hook wants to defeat Peter Pan at the Jolly Roger, while Maleficent claims victory by cursing her entire kingdom.  But though all these evildoers are after their own goals, it will only be one villain who will claim ultimate victory in Villainous, through the clever manipulation of their cards, and the constant manipulation of their opponent’s fates. 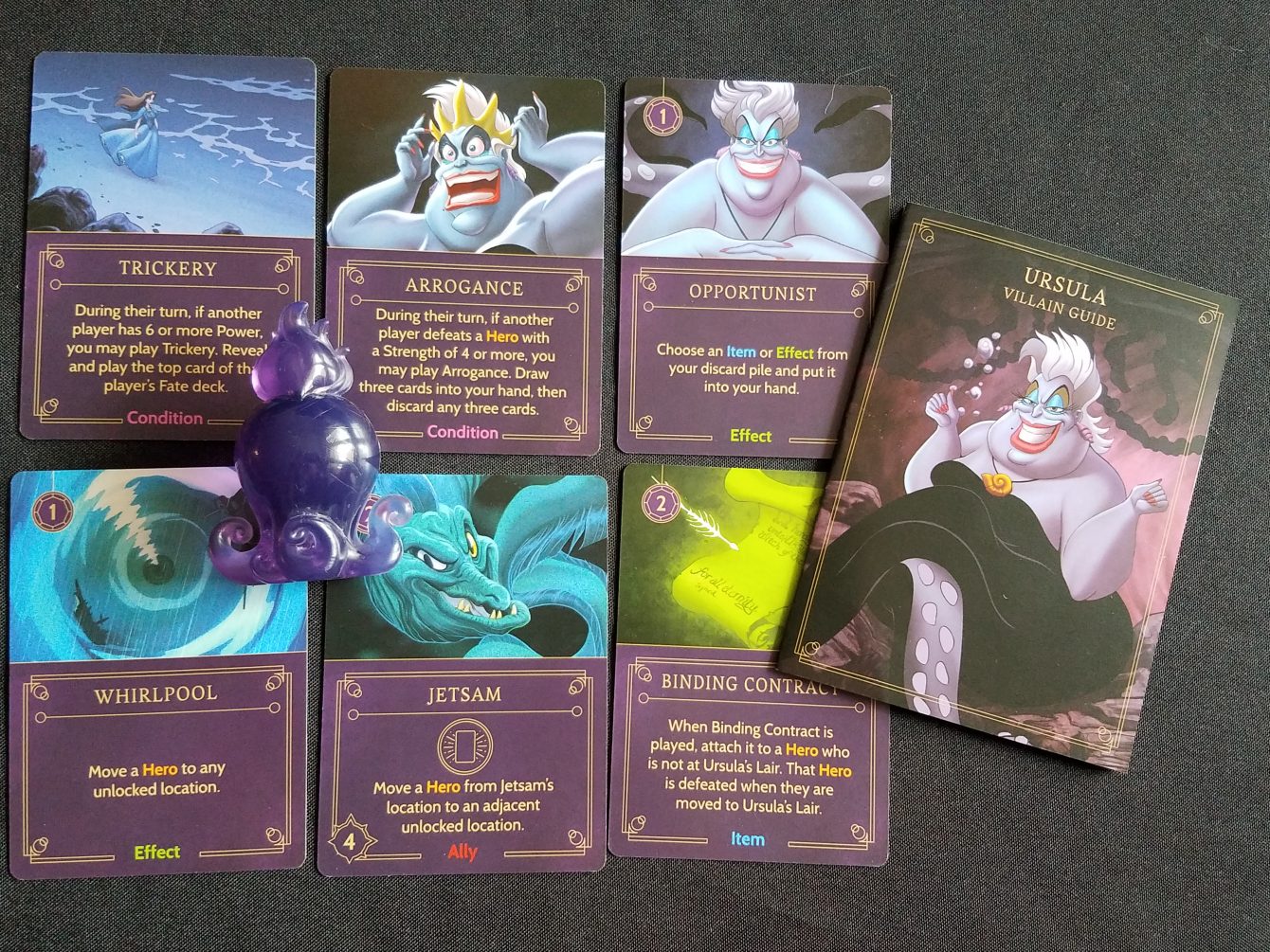 Each villain has their own unique board and two decks of cards. The board has locations that are iconic to your chosen villain, and by moving your pawn from location to location on your board, you will select which actions you will take on your turn. These actions can include gaining power (a laudable goal for every decent villain), playing/discarding cards, activating items and allies, moving cards around, vanquishing heroes, and playing fate on opponents. 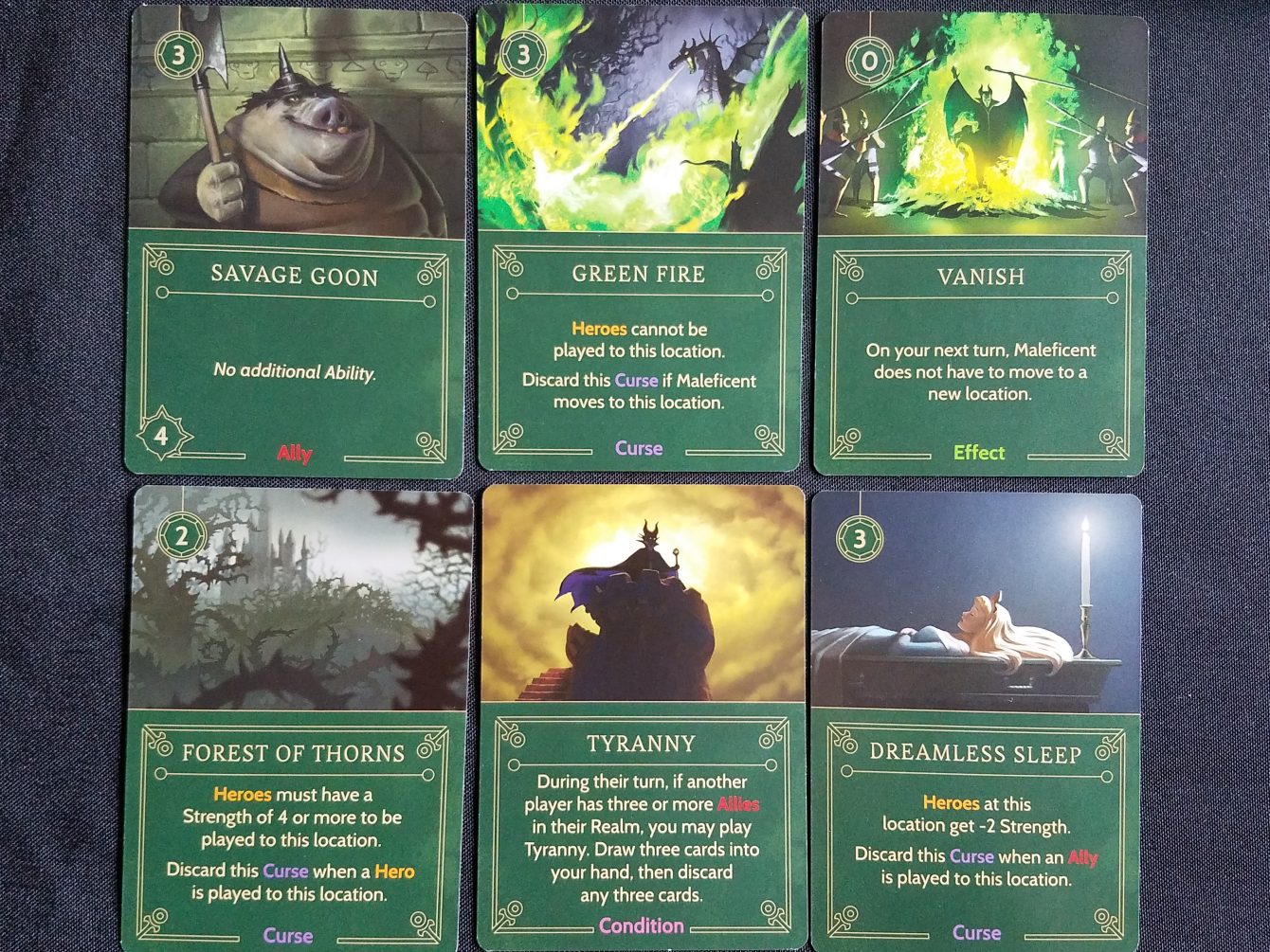 The first deck of cards is your villain deck. Villain cards generally cost power to play, and produce a wide variety of effects, from summoning your evil allies, to acquiring artifacts coveted by your villain, to producing powerful, game-manipulating plays.  For example, Jafar’s villain deck produces cards such as his serpent staff, Iago, and his terrifying transformation into a giant serpent. 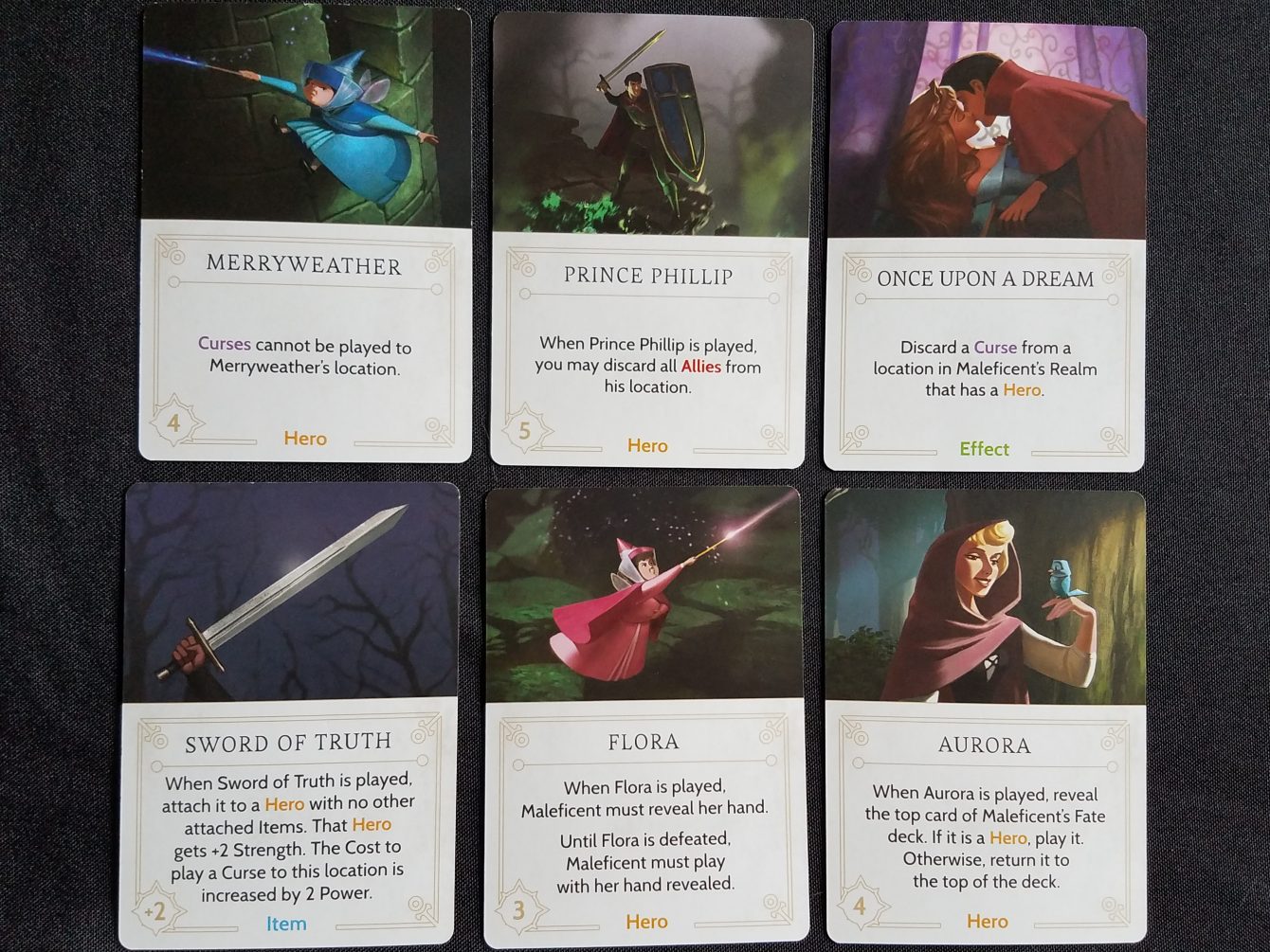 The other deck is your fate deck. This is where things get interesting and contentious. You never draw cards from your own fate deck; instead, your opponents will draw your fate cards, playing them against you. These cards are obstacles that will get in the way of the villain they are played on – for example, the Lost Boys will mess with Captain Hook or fairy magic will stymie Maleficent’s curses.

Played strategically, fate cards will be the thing you use to make sure none of your opponents can manage to be successfully villainous before you can manage to complete your own nefarious goal, thus claiming total victory in Villainous.

Andrew: Ok, so where to start with this one.  I think Villainous is brilliant in some of its choices, and fantastic in its ambition.

Jess: I totally agree!  The game is beautiful, and its take on asymmetry is really unique and highly effective.  The core gameplay is very easy to grasp no matter your character – you move your pawn, take your actions, and play your cards trying to get closer to your victory condition.  What separates one villain from the next is the incredibly thematic cards and goals that each one are pursuing. 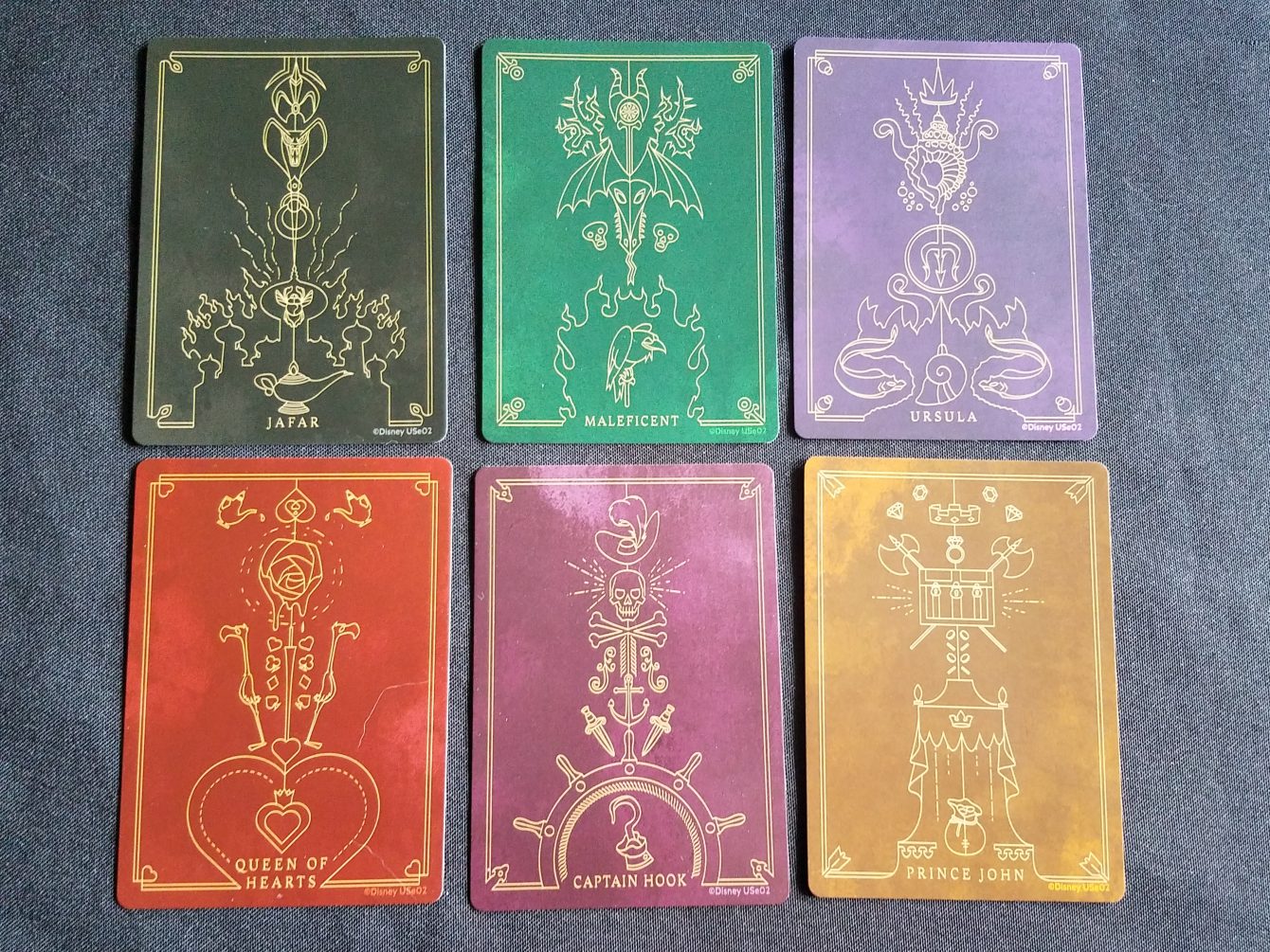 Andrew: One hundo percento.  Villainous takes total gameplay asymmetry, which is incredibly hard to get right, and makes it accessible at practically at the ‘family’ level of complexity.  There’s nothing really challenging about the gameplay in Villainous, but you get a deeply thematic experience – Jafar is constantly hypnotizing the heroes, Hook’s pirates struggle to contain the Lost Boys, Maleficent’s curses are incredibly dangerous but can be undone by heroic sacrifice.  It’s amazing!

Jess: And by keeping each villain’s cards self-contained, the thematic nature of the gameplay doesn’t suffer no matter which villains show up for the game.  The Queen of Hearts contends with Alice and commands her card soldiers, and that doesn’t get diluted no matter who she’s up against.  It’s so smart!

Andrew: Heck yeah! … But we didn’t have fun with it.

Ok, so Villainous features a couple of design choices that made it ultimately a fail for us.  First of all, it’s a race between the villains to see who can accomplish their victory condition first.  So as soon as someone seems to be pulling out ahead, it is in everyone’s best interest to beat them down.  And since playing fate cards against your opponents costs you nothing, there is no reason not to constantly hurl annoyances into your opponents’ way.  It can get exhausting, and you will undoubtedly come close to winning over and over again in the course of any given game, only to get kicked over by the other villains. 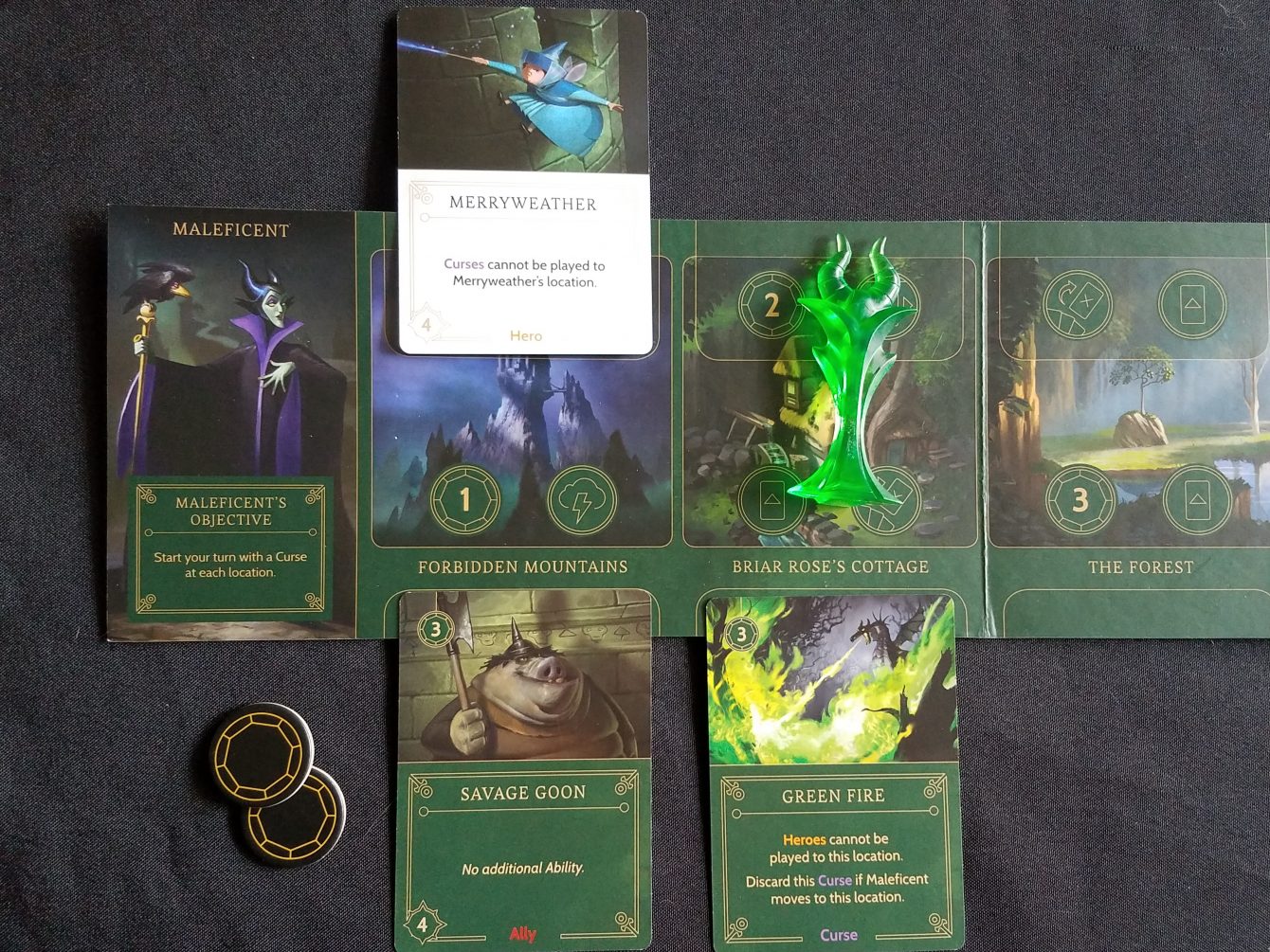 Compounding that issue is that some villains win immediately, while some villains win only at the beginning of their turn.  I’m sure these goals are somehow mechanically balanced based on the difficulty of achieving them, but I’ve got to tell you, nothing feels worse than setting up your win condition over and over again and getting it undone before you can claim victory, but then to have another player win all at once on their turn with no possibility to respond to it.

Jess: In some ways, Villainous really embodies the things about contentious gameplay I dislike the most – leader-bashing is constant, necessary even, but it feels like it punishes some villains more than others.

Andrew: Yeah, for sure.  I mean, heck, Captain Hook needs Peter Pan to come out of his Fate deck in order to win, so playing Fate cards against him actually helps his player.  It doesn’t feel especially fair.

And ultimately, whether you enjoy Villainous or not will come down to how much stuff like that bothers you.  Because, with the exception of it, we think Villainous is a fantastic game!  But with all that taken into account, Villainous goes from something we would love to bring to board game nights to a game we probably won’t be seeking out again.  And that doubly-sucks because it does so many things so very right!

Now, there are expansions for Villainous which we haven’t played yet, so it’s still possible that there exists some combination of villains that would let us capitalize on the parts of Villainous that we liked oh-so-very-much, and for that we remain kinda hopeful?  But at the moment, where we land on Villainous is that we want to recommend it, to tell you to embrace the things about it that are done so incredibly well.  But we also would rather not, you know, play it some more, and that’s a hard thing to ignore.