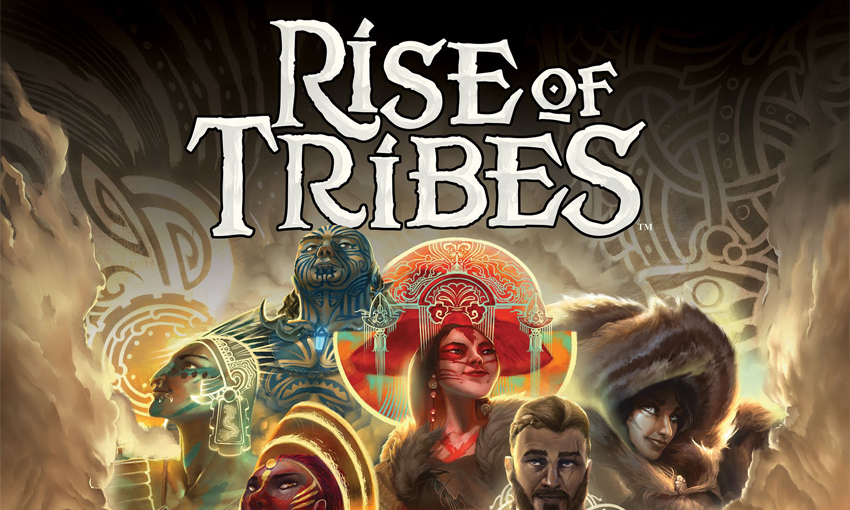 Rise of Tribes features a few really clever game design choices that power its accessible mechanical core.  It does a fair amount with relatively straightforward choices, resulting in an experience that is not too deep or complex, nor too shallow or unengaging, and in-box modules can be added to keep things interesting.

In Rise of Tribes, players will lead clans of prehistoric nomads as they attempt to survive, grow, and settle across a region of the ancient world.  Published by Breaking Games, Rise of Tribes uses some very clever dice mechanisms to power its action-selection core, and each player will race to establish their titular tribe in order to establish their dominance in the area. 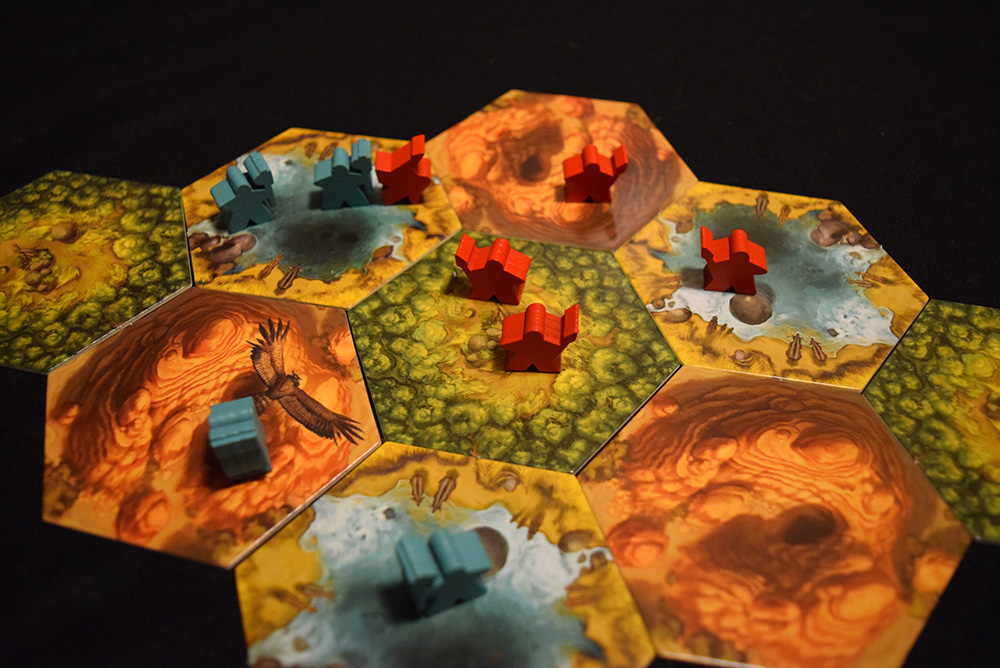 We received a review copy of Rise of Tribes.  We weren’t otherwise compensated.

Rise of Tribes is a point race.  The first player to achieve 15 points is immediately declared the winner, and it is with that in mind that you will undertake your various actions.  There are 4 possible actions that players can take, and each turn you will select two different ones to activate: 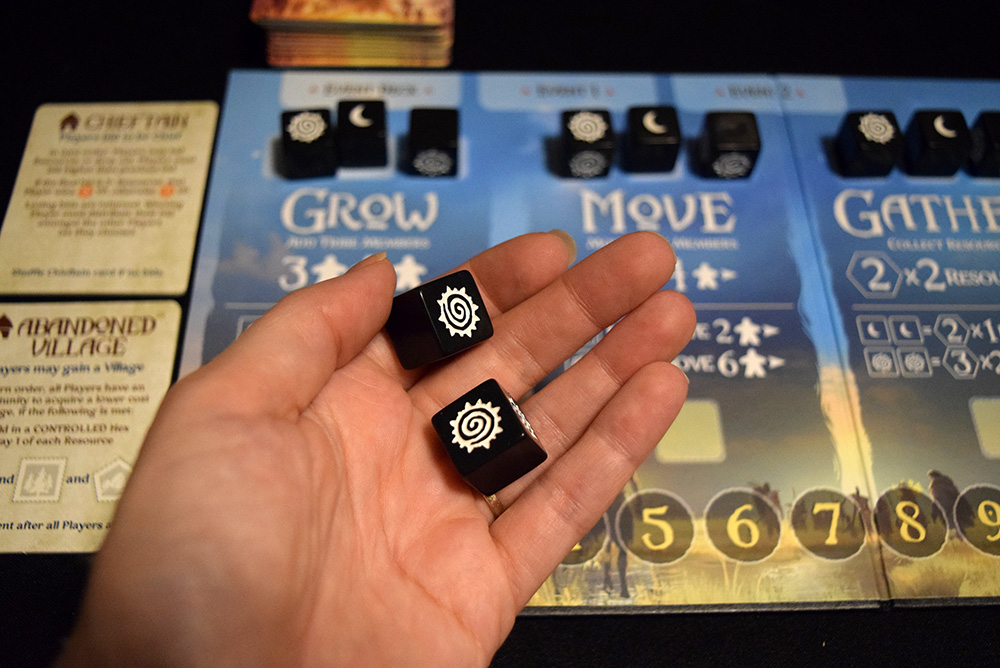 While the actions themselves are reasonably straightforward, what makes the selection process interesting in Rise of Tribes is that, at the beginning of your turn, you will roll 2 of Rise of Tribes‘s special dice.  These dice show 2 blank sides, 2 sun sides, and 2 moon sides.  For each action you select, you will add one of your rolled dice to that action’s board (bumping off the oldest die already there), and then you will assess the symbols on that action to determine how effective your action is. 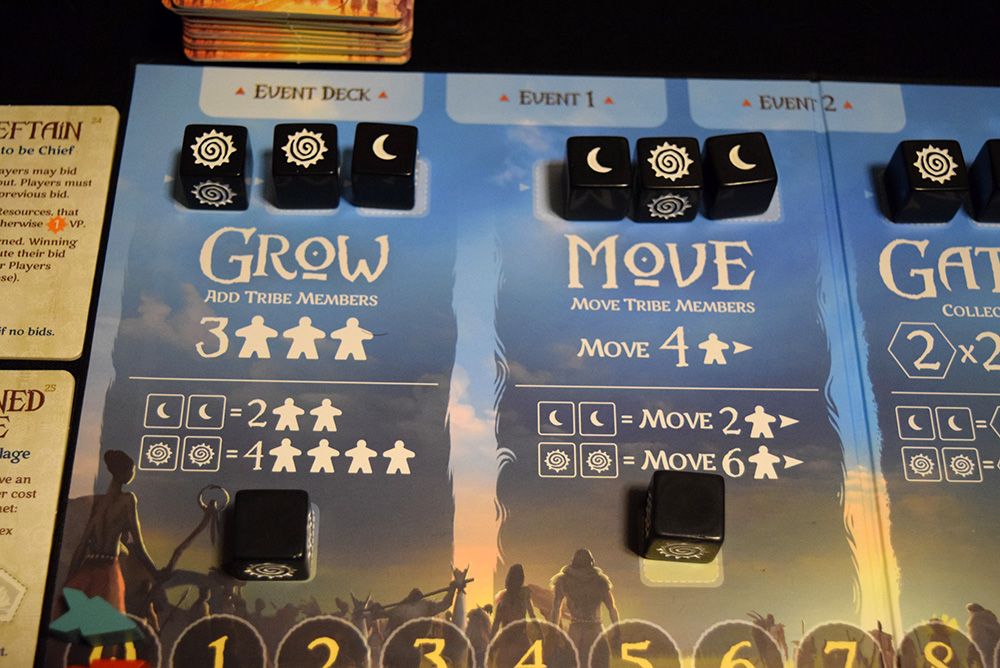 If no symbol is in the majority, then your action triggers as normal.  But should (after placing a die) the action show at least 2 suns, then you get an amplified effect!  On the other hand, if the action now depicts 2 or more moons, then you get a weaker result. 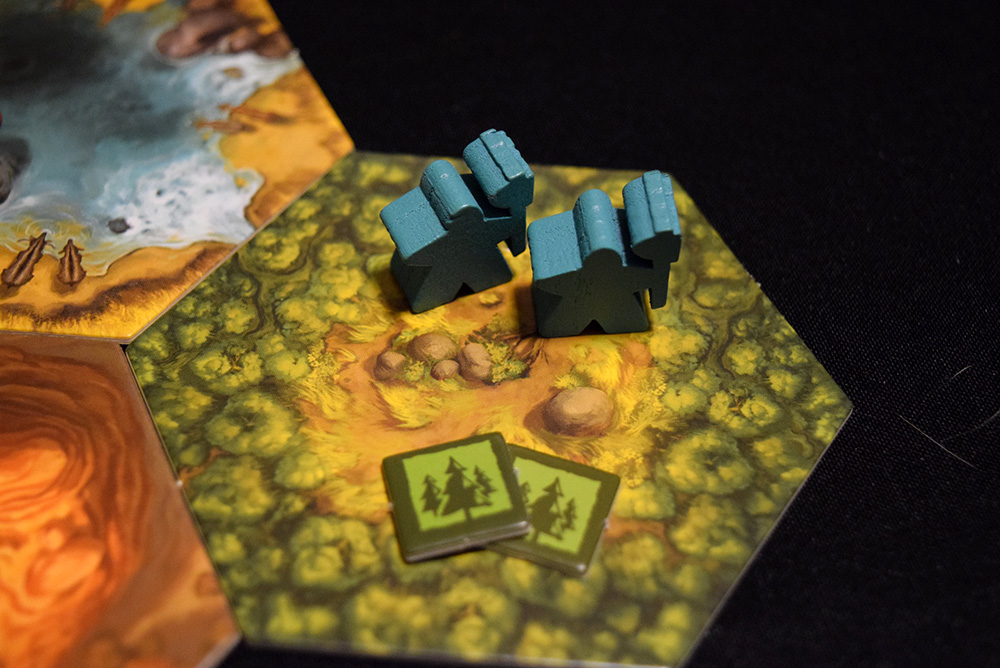 Of course, what roll you get is totally random, but once you know what you’re working with, you will need to be strategic about what actions you take.  If, for example, you wanted to add more members of your tribe to the board, you might need to decide if you were willing to put out fewer due to the current state of the dice, or if you should take another action and hope for a more auspicious roll on a later turn. 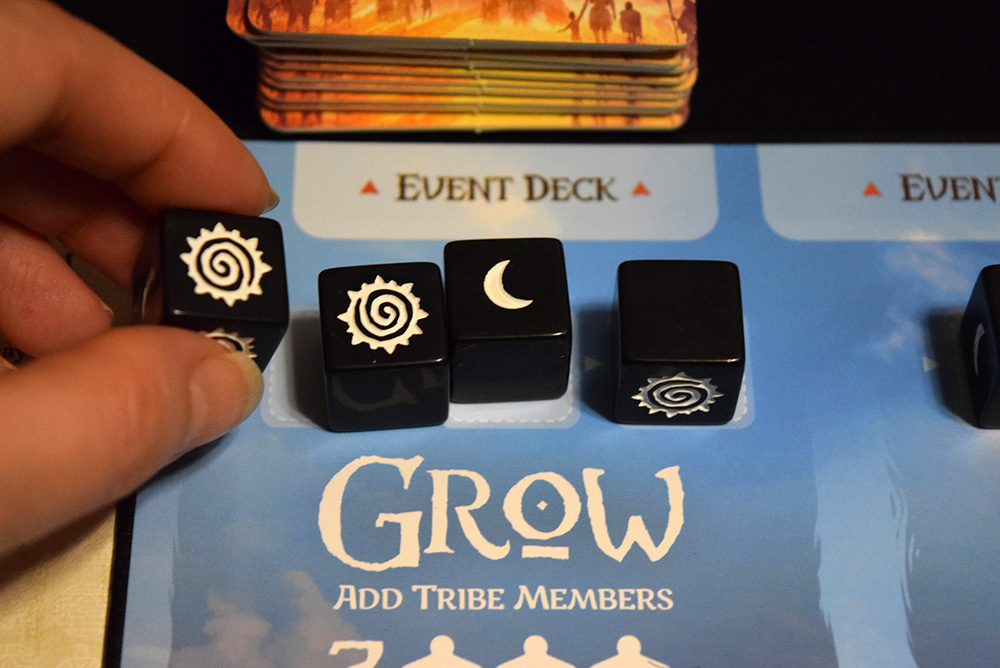 And of course, since the dice you add will linger until they are bumped off by people choosing the action, it is definitely possible to set up future players for success or failure based on how you add dice to the actions. 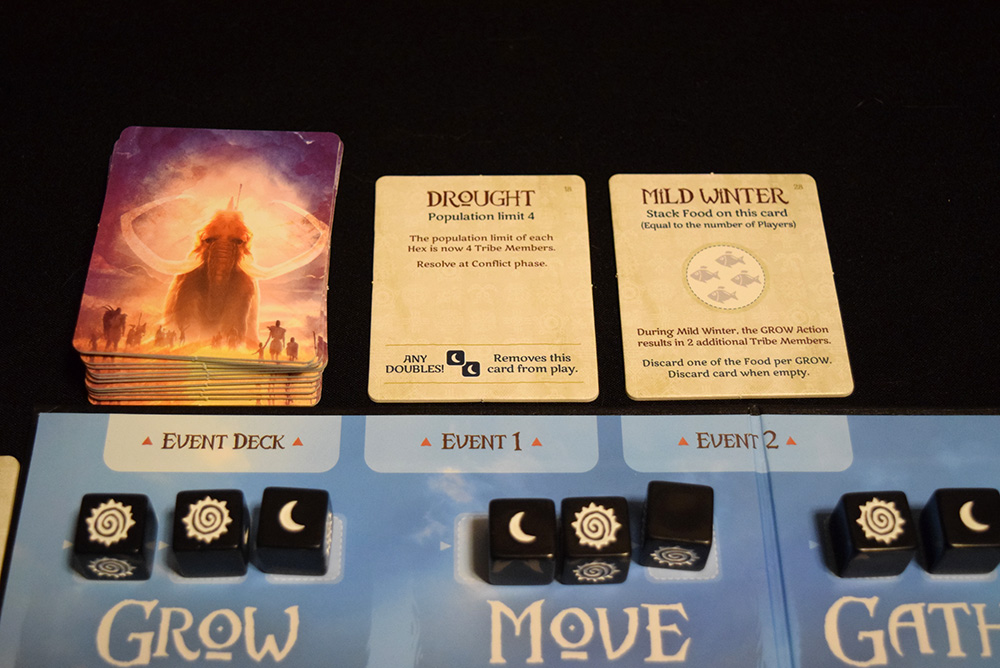 Should you roll doubles on the dice at the beginning of your turn, you might trigger an event.  These cards produce a variety of effects, both dangerous and beneficial, and up to two of them can be active at a time. 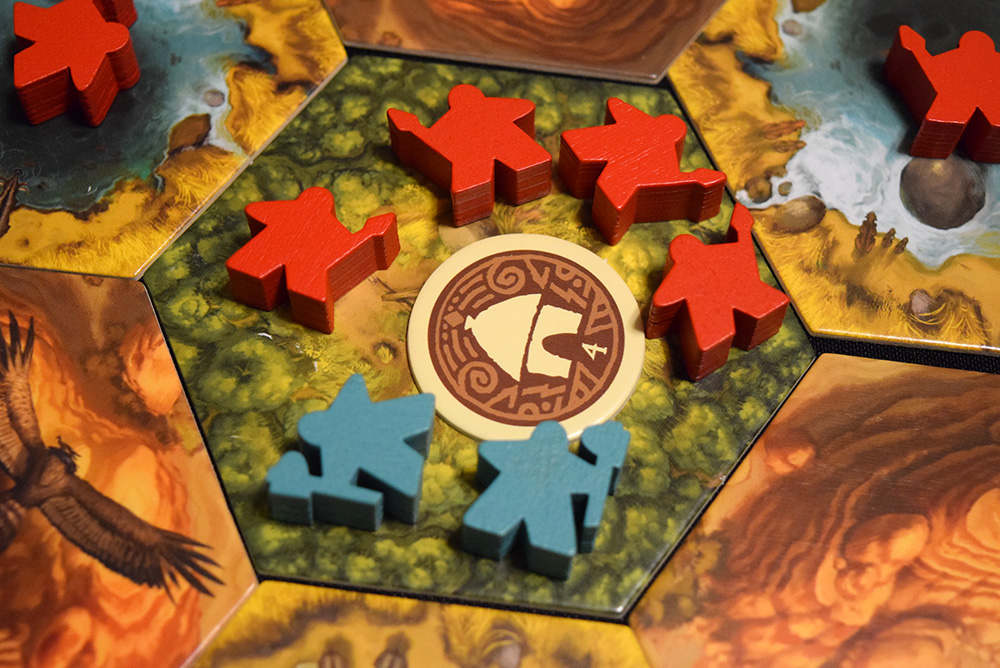 As tribe members get added to the board and resources are collected, players will have the opportunity to build villages, which score points every turn.  Of course, crowding makes things dangerous, and should a hex ever become overfull of members, then a tribal war will occur, with all sides simultaneously removing members until only one tribe remains – if at all. 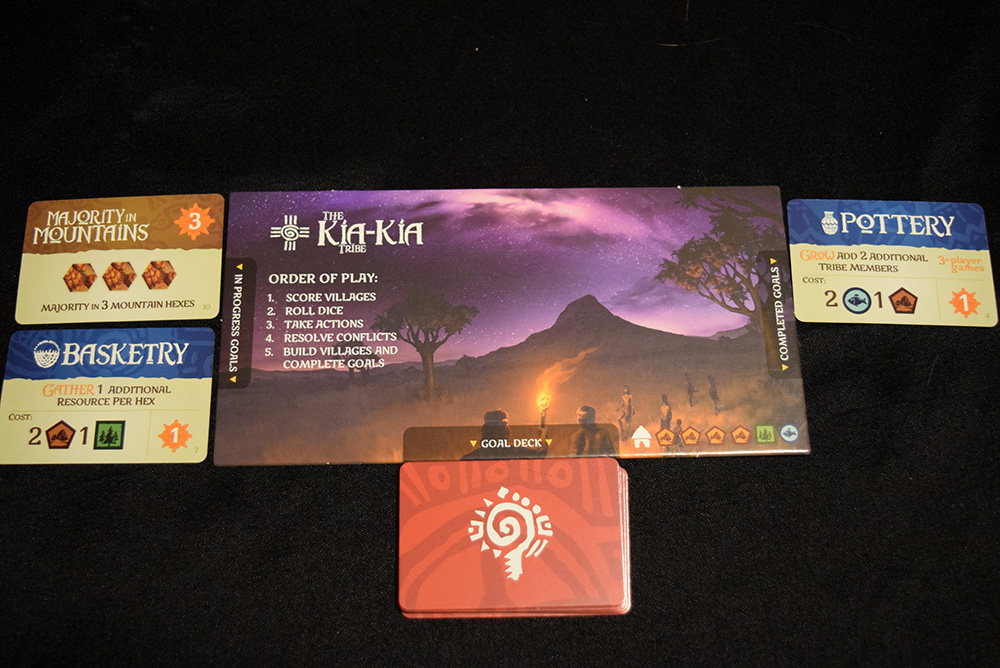 What makes Rise of Tribes playable is that, an its core, its concepts are easy to engage and simple to grasp.  The fun lies in making the most out of your dice rolls –  doing your best to either take advantage of the empowering effects of sun dice while avoiding the effect of the moon…and ideally messing with your opponent’s ability to do the same. 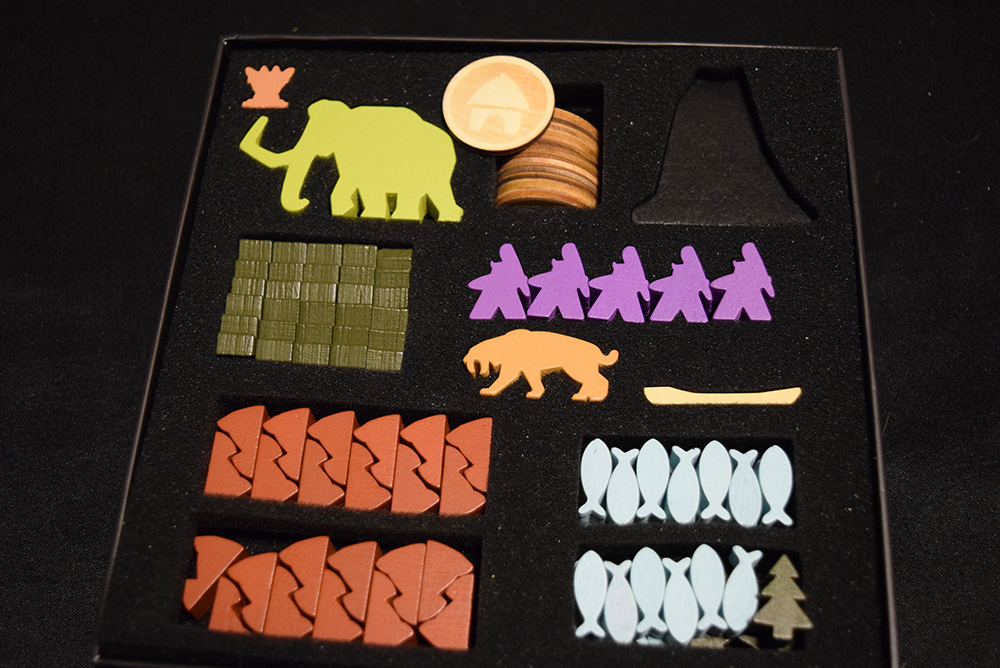 For as easy to grasp as Rise of Tribes is, there are several in-box expansions which can add depth to the main game.  Each tribe can be played either as a generic tribe, or with Leader powers, where each player can select between two unique abilities for use during the game.  Tribal elders can be added, allowing players to capitalize on developments their opponents’ have completed.  And special terrain tiles can replace the basic ones, adding opportunities (and potentially dangers) to keep things interesting. 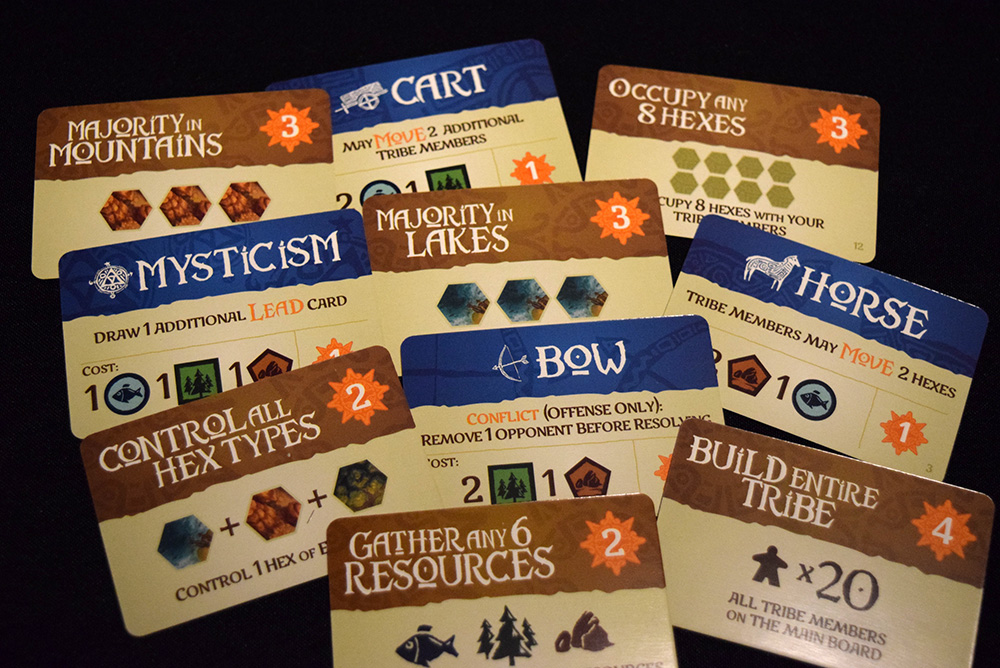 All in all, Rise of Tribes is a cleverly-designed game that isn’t too much of anything, but that can be both a good and a bad thing.  Though it’s incredibly easy to teach, I personally found it to be a little too basic, at least without the addition of the modules (though the Tribal Elders didn’t contribute too much strategic depth, since their utility is directly dependent on what technologies your opponents have built).  The events were often cool, but since they were triggered only on a double-roll of the dice, there were some games where we literally never saw a single one. 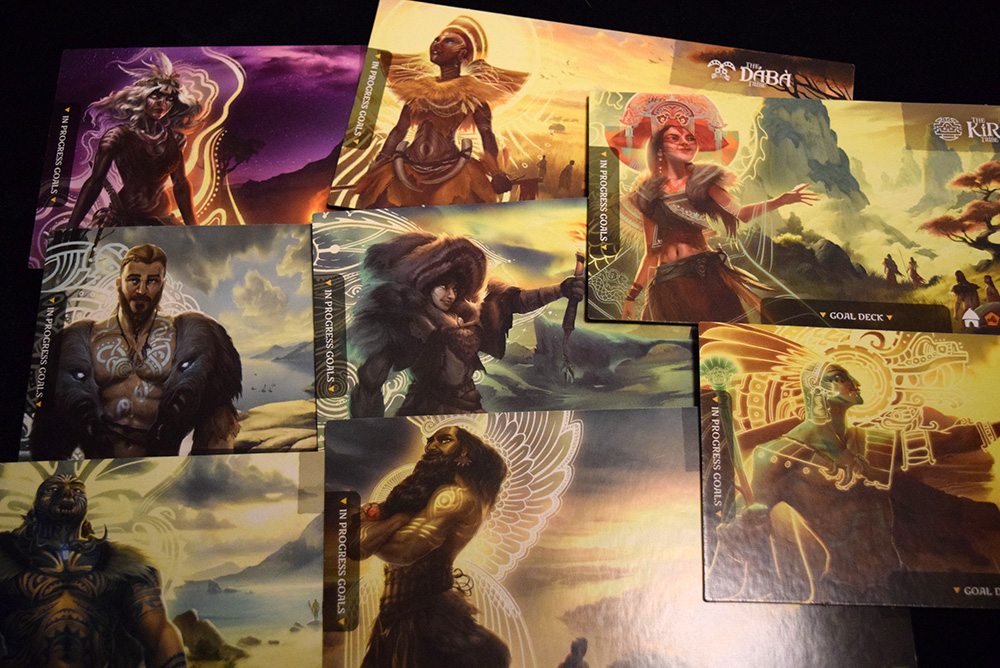 And finally, while I really enjoyed the steady ramping-up tension of Rise of Tribes, with every village built compounding a player’s point-gain each turn, there were times when a runaway leader was simply that, and it could prove difficult to slow them down without simply dog-piling on them, and that’s never fun gameplay.

Those criticisms aside, I think Rise of Tribes fits a really unique niche.  Dice-placement games are among my favorite flavors of worker placement, and the dice-driven action selection in Rise of Tribes hits a lot of those same notes without getting bogged down in fussiness…even though I think it could do with just a little more fuss.  I think this one’s definitely worth checking out at least, and if you end up loving it, Breaking Games sells a completely optional but definitely awesome component upgrade kit, that replaces almost every cardboard component with unique wooden bits!

Suggestions based on Rise of Tribes 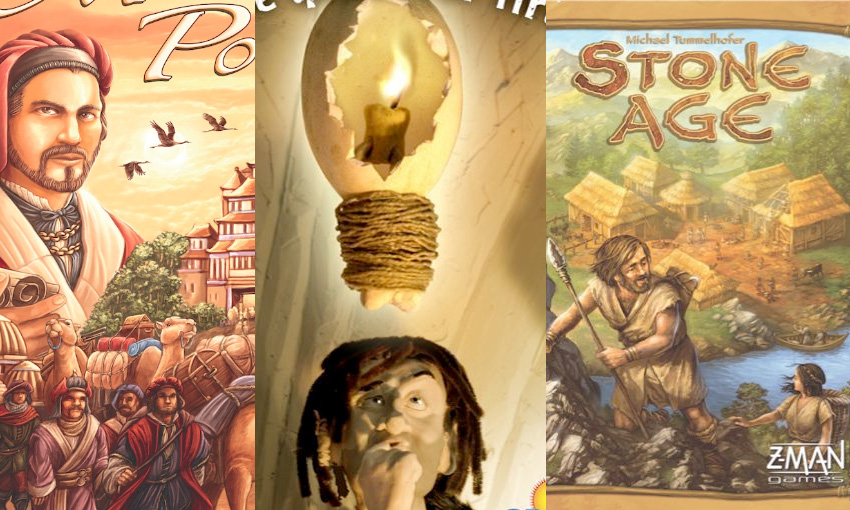