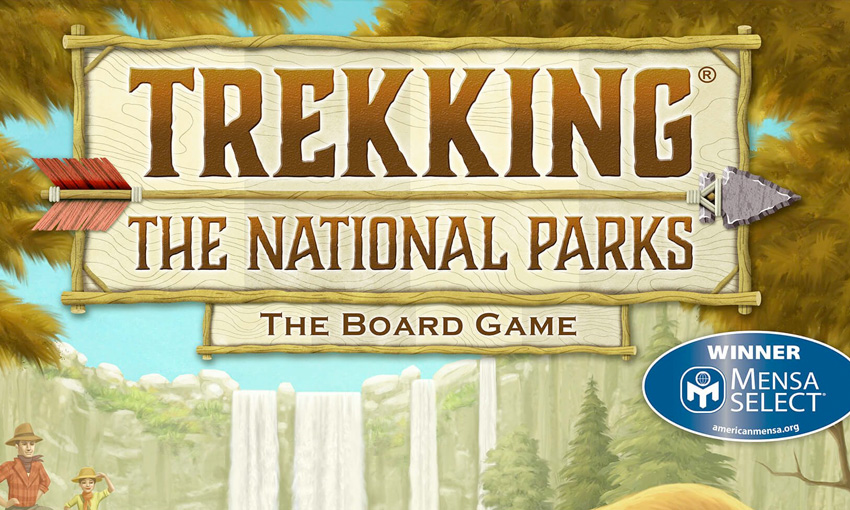 Trekking the National Parks: Second Edition is an overall improvement on the original, which is a fantastic family-weight set collection game that chased Ticket To Ride right out of my collection. 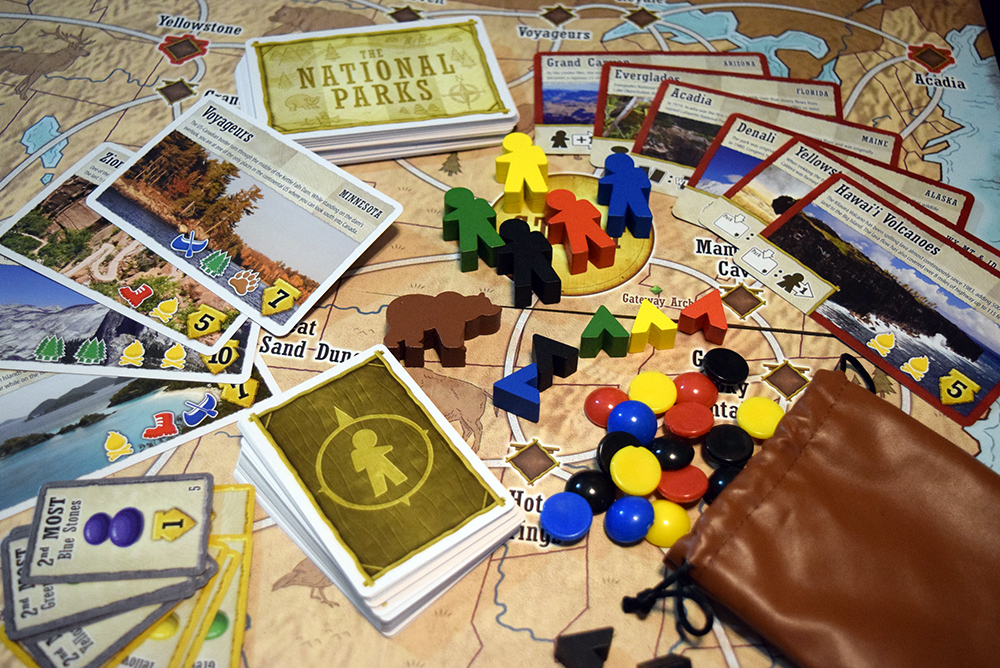 We received a review copy of Trekking The National Parks: Second Edition.  We weren’t otherwise compensated.

So, I want to say up front that Trekking The National Parks: Second Edition is more or less the same core game as the first edition.  If you enjoyed the first edition, as we definitely did, then I’m comfortable saying that you probably will enjoy this updated version as well.  There is enough similar here to retain fans of the original, but enough difference to justify a new edition. 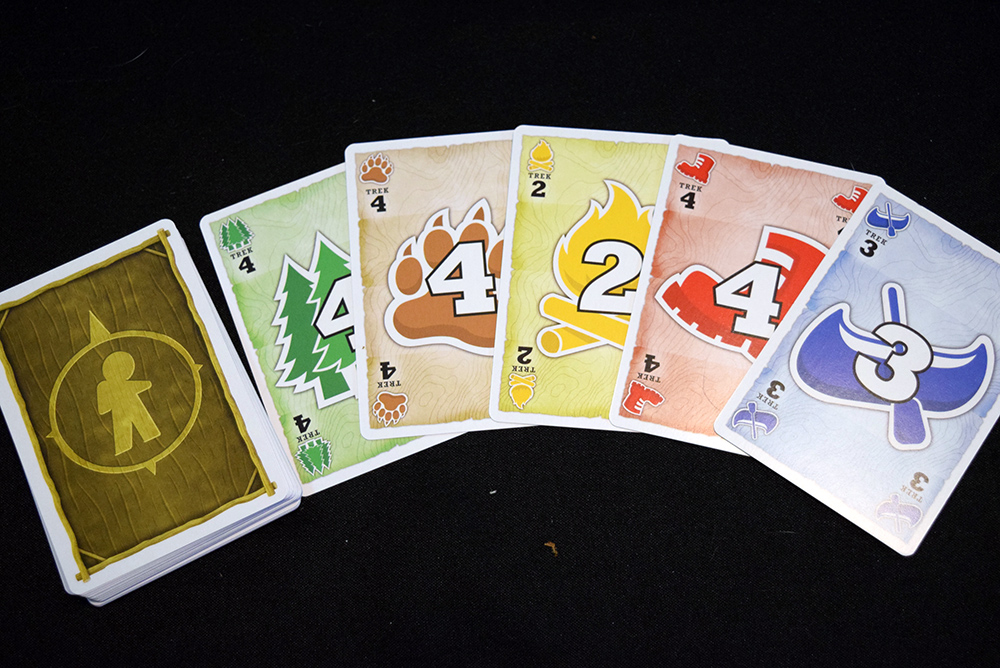 But for the uninitiated, in Trekking The National Parks: Second Edition, you are a traveler who is (obvi) trekking your way across America, visiting the wide range of stunning national parks that our nation has to offer.  To do so, you will draft cards which feature movement values as well as travel icons, and you will spend those cards to move your pawn across the board, claiming park cards for points, and gathering up stones for souvenirs. 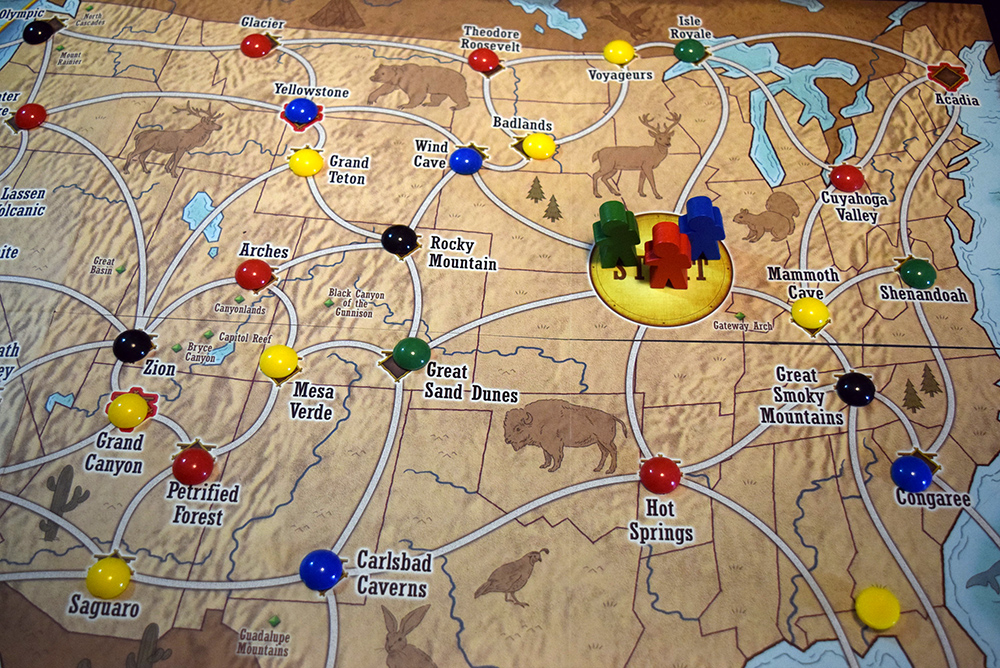 By stopping at a park and turning in the correct set of cards, you can claim that park card and the points which go along with it.  All players are racing to complete the communal goal of visiting the parks on offer, and the strategy will come from needing to make sure that you snag those cards before your opponents do.  Stones collected are worth bonus points at the end of the game, with extra points awarded to the majority holder of each color. 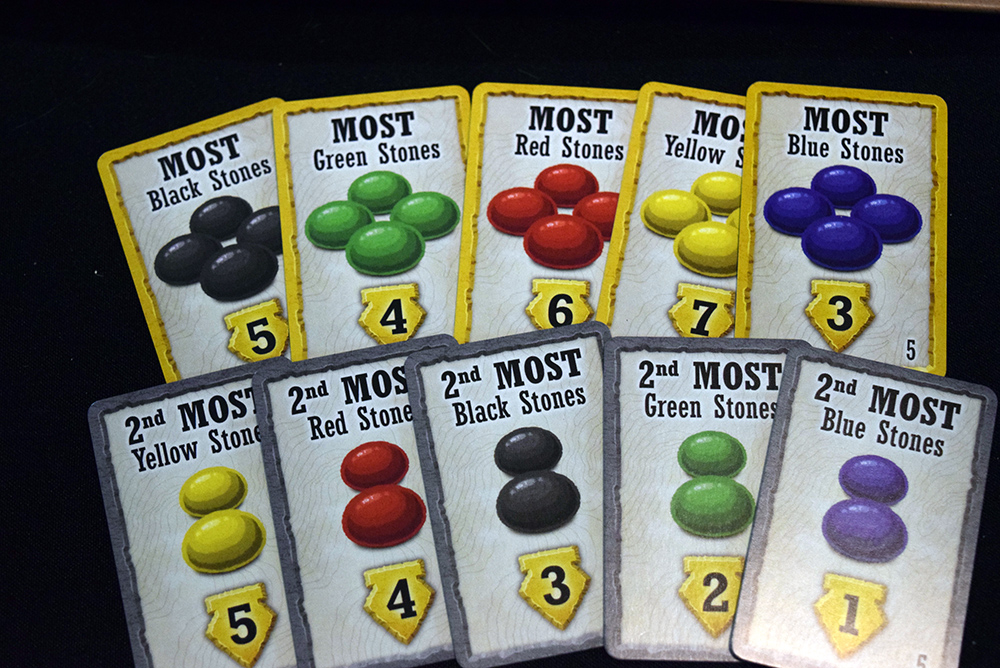 And honestly, that’s pretty much it. The Second Edition’s gameplay is light, accessible, and very easy to enjoy.  We highly recommend it as a family-weight game, especially for those who have an interest in its subject-matter. 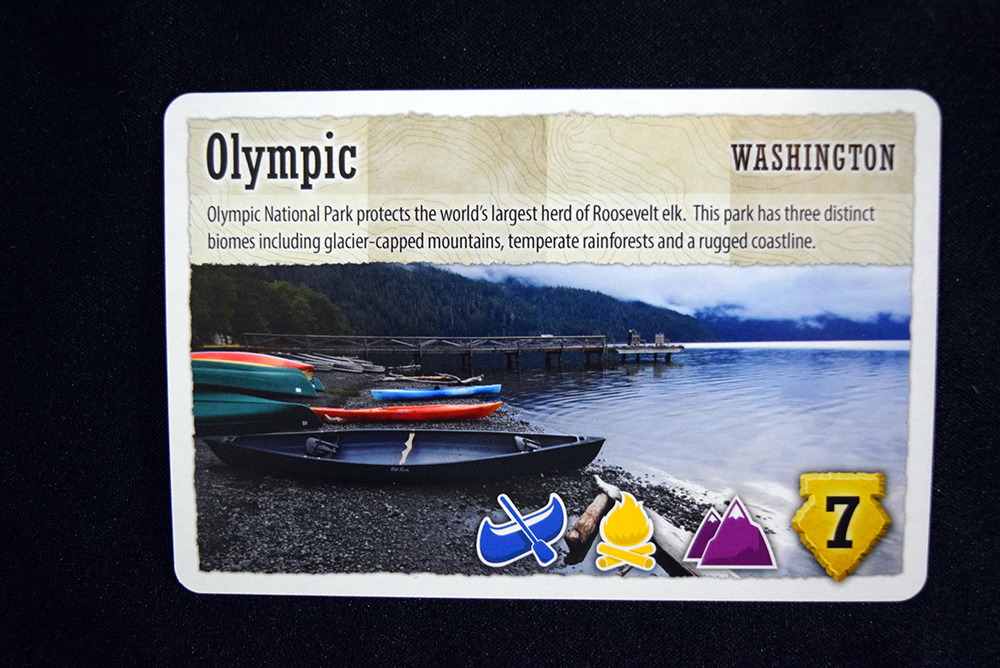 Where Trekking The National Parks: Second Edition differs from the original is both in the material components of the game, as well as some key rules.  For those of you who never played the first edition, this won’t mean much, but here’s a quick summary of the key differences:

But by far the biggest change in the second edition’s gameplay comes in the form of Major Parks.  At the start of the game, 3 Major Parks will be put out along with the spread of regular parks.  Major Parks are claimed the same way, by traveling to them and spending the appropriate cards, but they can be scored by any number of players. 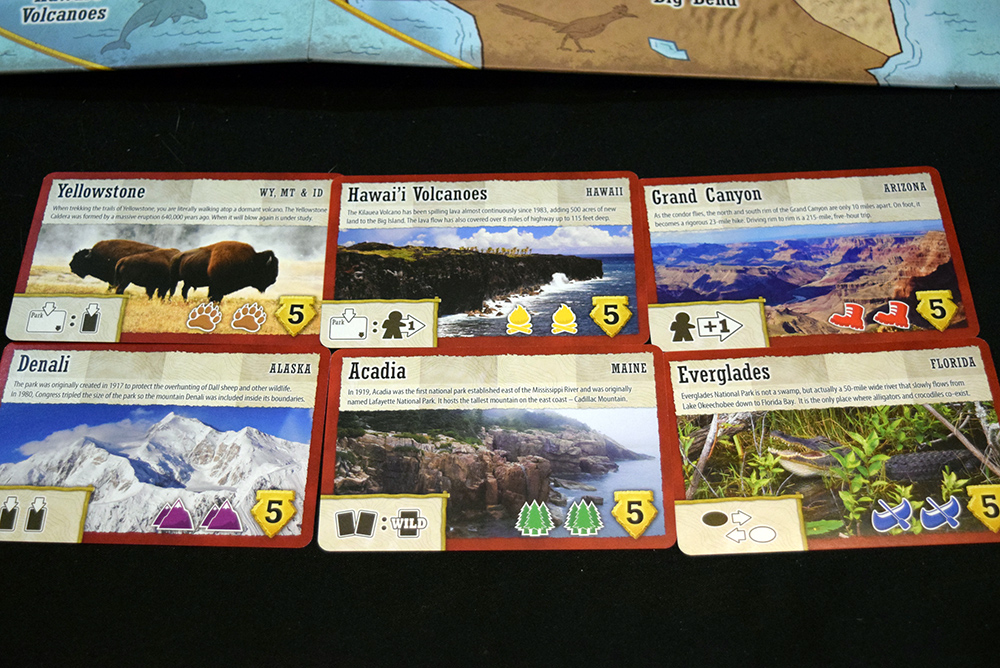 And when you score a Major Park, you will mark it with a tent and will gain, either immediately or for the rest of the game, some benefit, such as +1 movement from visiting the Grand Canyon, or being able to spend any 2 cards as a wild symbol after claiming Acadia. 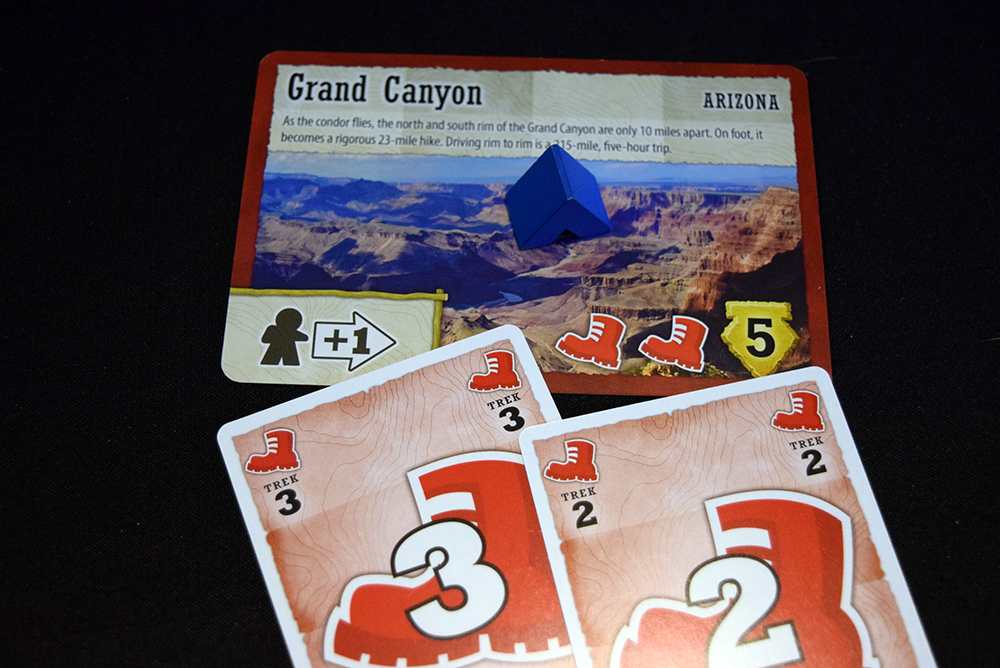 The Major Parks add a fantastic twist to the Trekking The National Parks formula, giving you something to shoot for that is just a little more rewarding than another pile of points (though points are always nice). 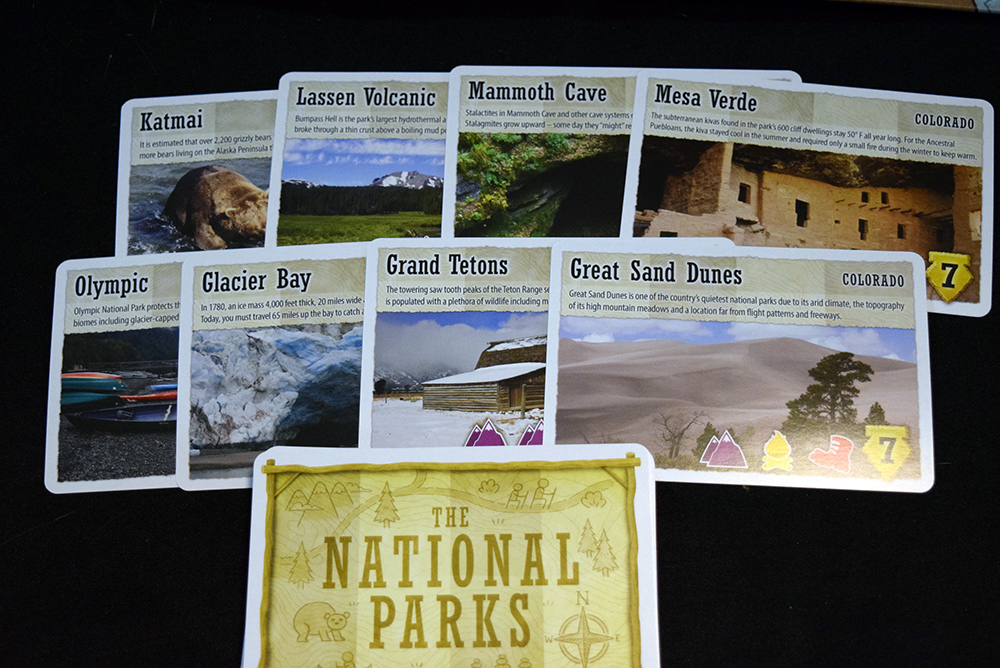 The changes to this edition of Trekking The National Parks have mostly been positive, but there are a few which we didn’t enjoy as much.  The material quality of the stones changed, going from beads to plastic domes, and while they do sit nicer on the board now, they do somehow look a little cheaper.

And while it didn’t impact the gameplay at all, the first edition of the game came with a gorgeous guide to national parks all over the country, whereas the new edition makes do with a page on the back of the book. 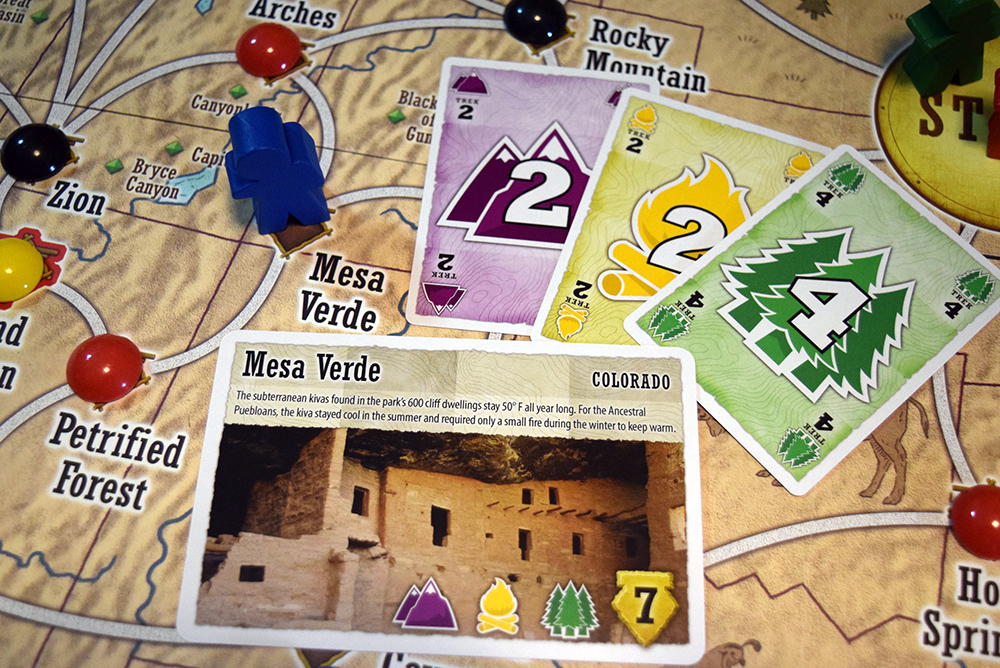 On the other hand, the park cards themselves are now oversized and feature fun facts about each park, so the learning element of Trekking The National Parks is brought into the game itself, which is actually a great thing! 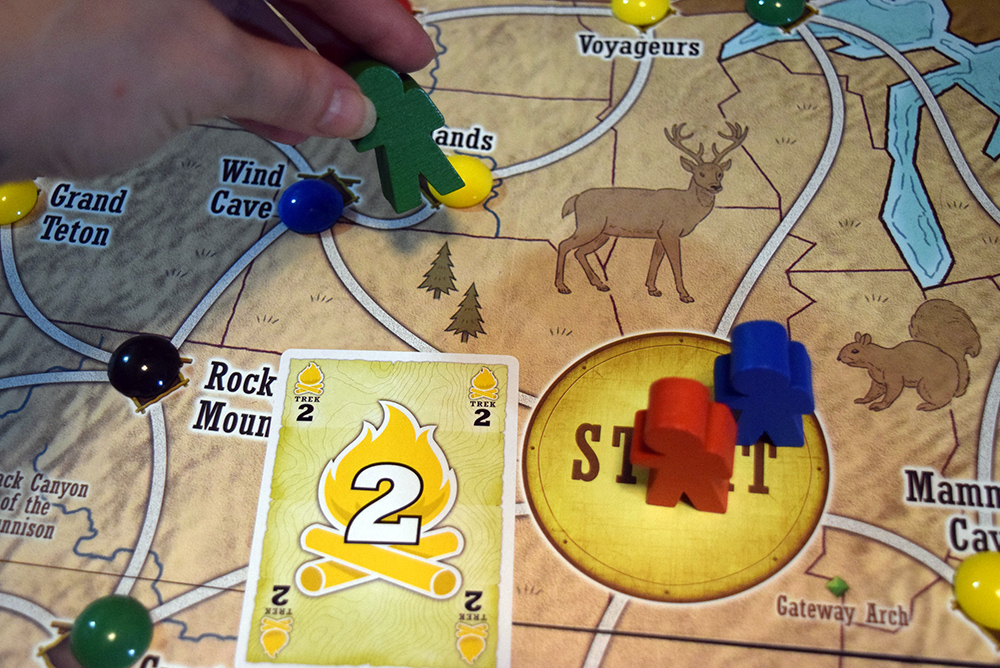 One thought on “Trekking The National Parks: Second Edition Review”