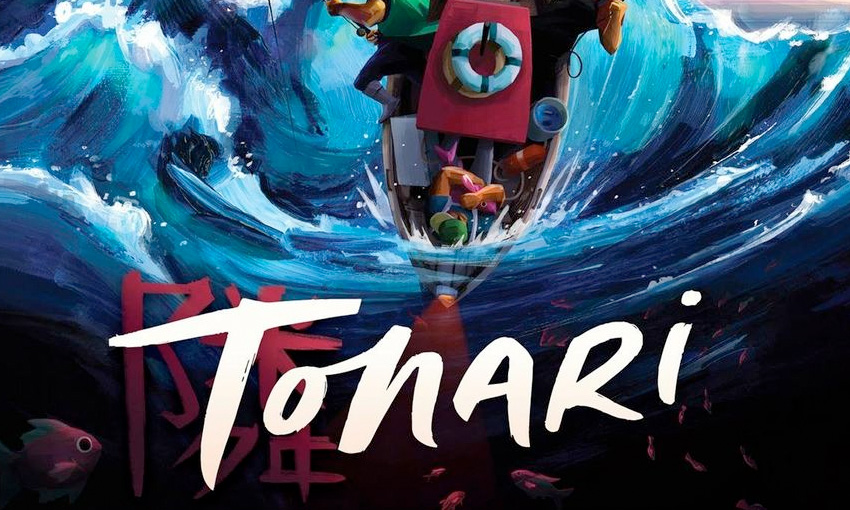 Tonari is an elegant, intuitive game that combines beautiful components with simple decisions to form a whole that plays like more than the sum of its parts.  Tonari isn't complex, but it gives you just enough to think about that it remains strategic and engaging despite its relatively light gameplay.

Andrew: In a word, Tonari is elegant.  We have always appreciated when a game isn’t overburdened by unnecessarily high concept or material design, and from start to finish, Tonari plays like a game which knows exactly what it is aspiring to be, and achieves it effortlessly.  And while I realize that such flowery prose might seem misplaced for what is, by all rights, a very simple game, Tonari displays the best kind of austerity in its design and presentation, and delivers a great gaming experience along with it. 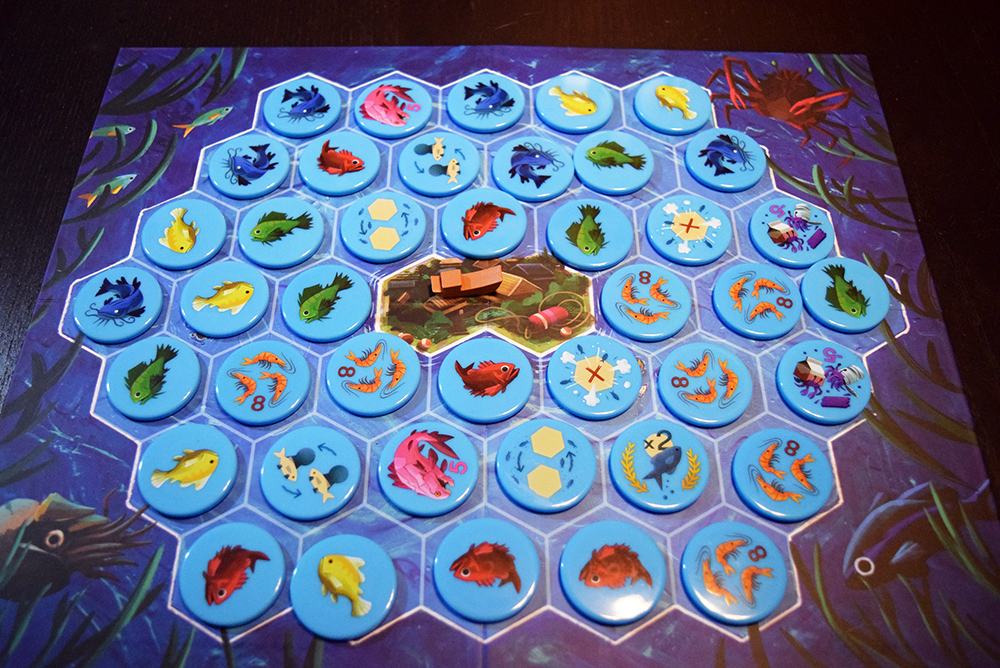 In Tonari, players will compete to be the most successful angler, looking to bring the choicest catch back to their storm-wracked island – storms which left your entire community with only one functional boat.  So the lot of you will pile on and take turns guiding the vessel, fishing up the best catch you can manage before you collectively are unable to find more fish and return home to score your points and declare a winner.

The actual rules for Tonari are dead simple.  On each player’s turn, they will move their ship and collect whatever token they move onto.  That’s it.  Most tiles are fish, and different types of fish score differently: 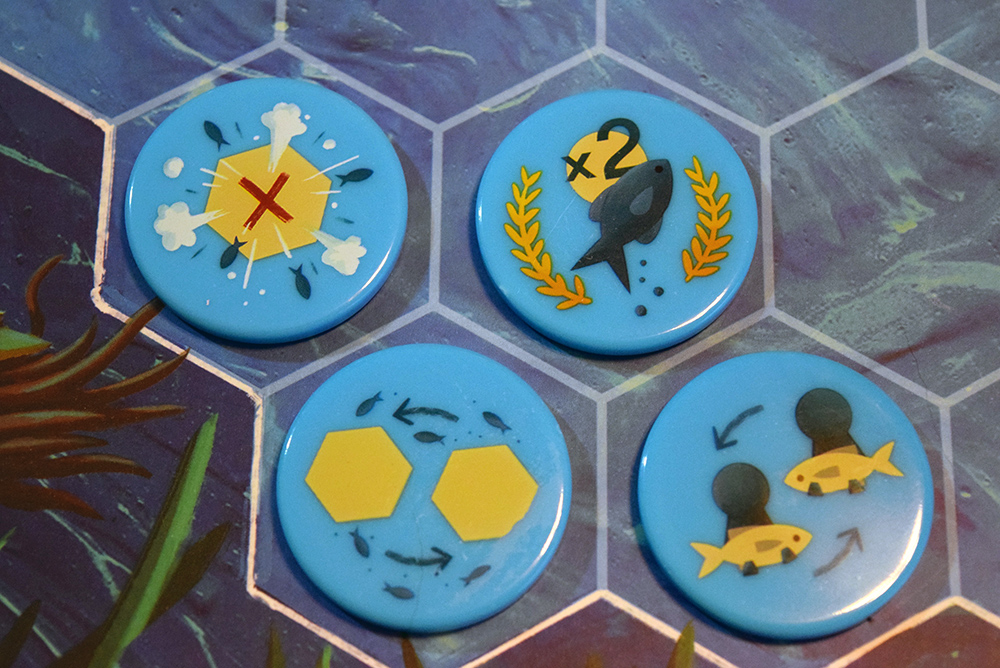 Floating among the fish are Skill tokens, which provide a special action when claimed, including manipulating the location of fish tiles, swapping fish with opponents, and scattering fish off the board.

Tonari proceeds in turns, with players moving and collecting tokens, until such a time that no single move will let them claim a token.  Once that happens, players will add up their scores and the highest will win.

And up until this point, perhaps Tonari sounded like little more than an accessible, well-produced game.  And that would be fine enough a thing indeed.  But what takes Tonari past that point is one simple rule (which brings us up to, what, 5 rules all told?).  In a 2 player game, your score will indeed be your own, encouraging you to play a strategic, thoughtful game as you gather up as many tokens as possible.

However, with 3 or 4 players, your score will equal your own plus the score of the player to your left.  Think about that; in Tonari, all players share a common movement piece.  It is inevitable that you must consider how best to amass tokens for yourself while simultaneously depriving your opponents of the opportunity to do the same.  But if you consistently screw over your neighbor, then you will short yourself on points! 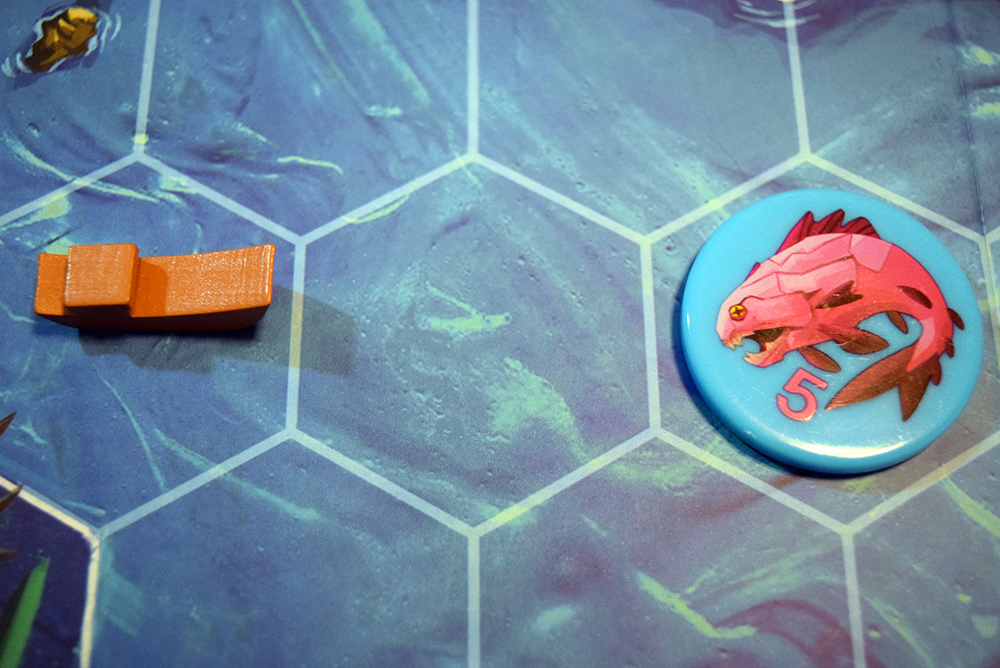 This means that you can’t just move the boat into the best position for yourself; instead, you have to think about how your turn will set up the player after you!  But of course, you can’t let them get all the points either.  It’s a subtle balancing act, and a quirk of design which will either make or break the game for you (but we happen to love it).

Tonari succeeds so effortlessly that it’s hard not to gush a little.  It can be set up in moments, taught just as fast, and easily enjoyed in around 15 minutes.  But for a ‘filler’ weight game, Tonari is beautifully produced and pleasantly thinky at times while never overstaying its welcome.  As far as we’re concerned, Tonari is a fantastic game, and we highly recommend checking it out!