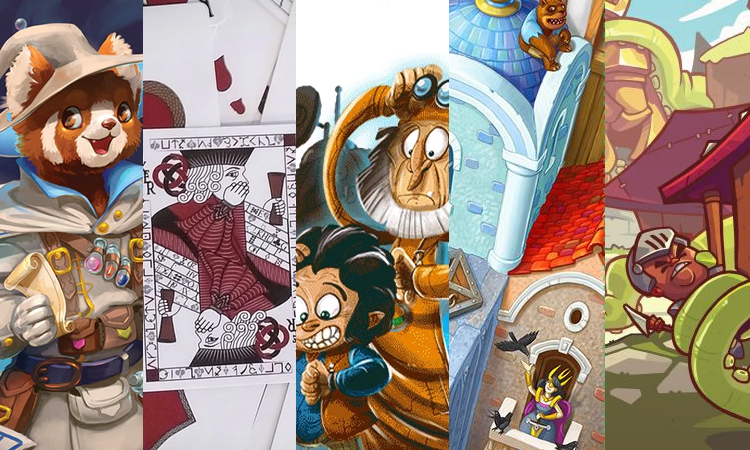 Welcome to Friday folks! Where you can sit back, relax, and check out the latest crowdfunding projects on Kickstarter. What amused me this week? Let’s take a look! 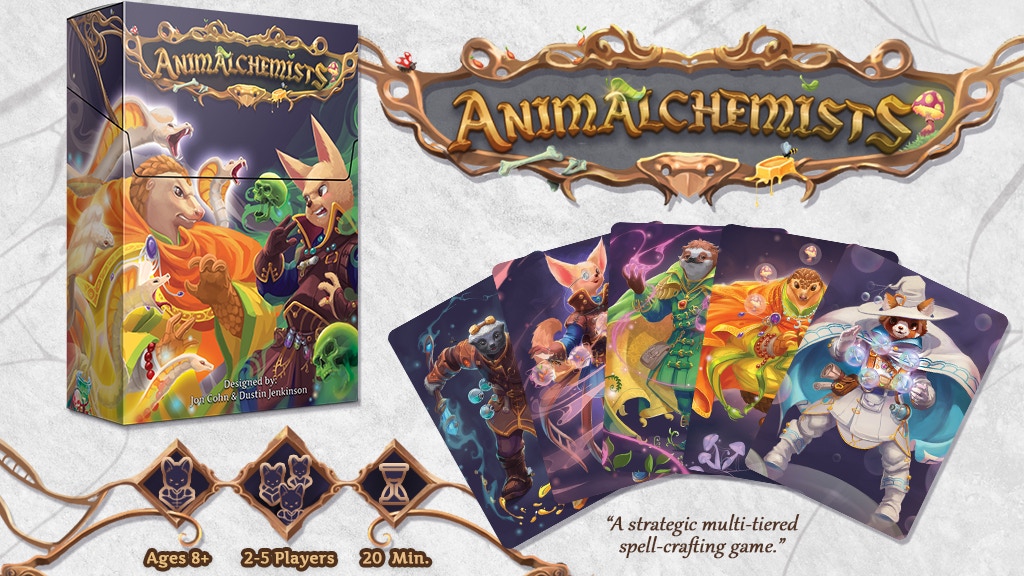 Animal alchemists sounds like a bad idea when you consider all those volatile chemicals and how bad fur smells when it gets singed, but hey if our furry friends want to turn lead into gold, who are we to judge? In Animalchemists players are competing to see who can become the most powerful animal alchemist ever. 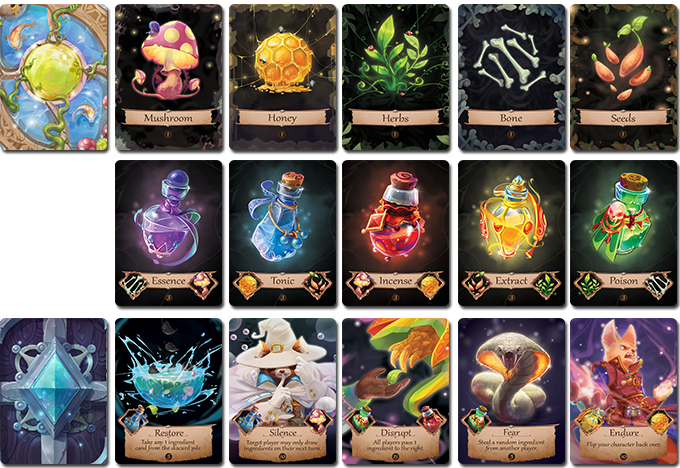 Each round you’ll get your paws on the necessary ingredients for your potion by either drafting 2 cards from the display or blind drawing them off the top of the deck. If you already have the ingredients you need you can choose to brew a potion instead. These potions are the necessary components for the game’s 16 unique spells. Each spell grants you some sort of 1 time use power. The “Time Stop” spell signals the end of the game. Once it is crafted, all players count up the points on their spell cards, unused potions, and ingredients to see who wins. Animalchemists has a simple base mechanic, but the strategy comes from choosing which spells to brew up and when to use them. You can concoct your own opinion by visiting the Animalchemists Kickstarter here.

Carte Rouge — A Puzzle in 52 Parts 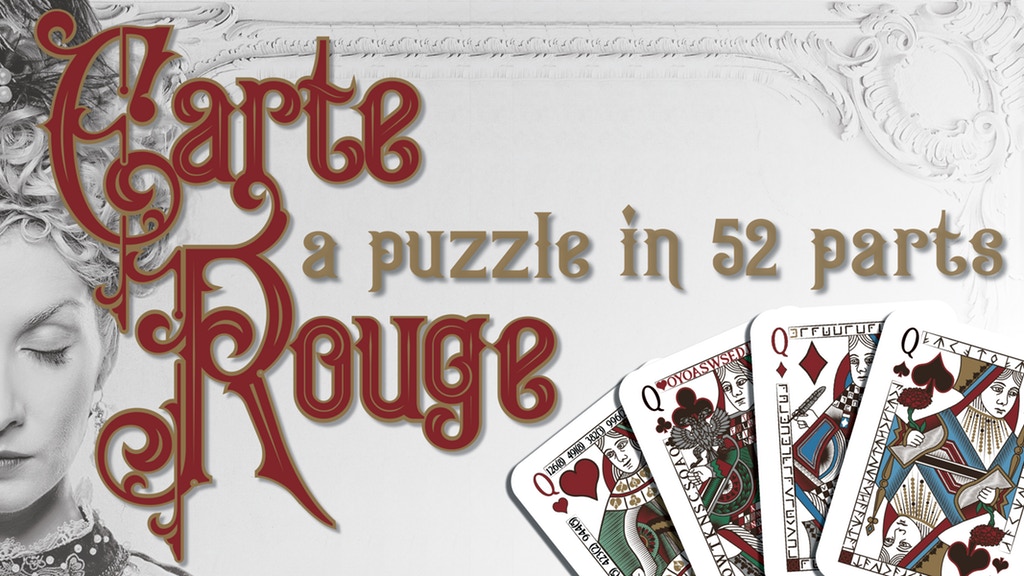 A common deck of cards is always handy to have around. You can play so many different types of games with a deck and there are millions of different designs making it easy to find a deck that suits your personality. Carte Rouge goes beyond just producing a new art design and incorporates a complex puzzle within the cards themselves. 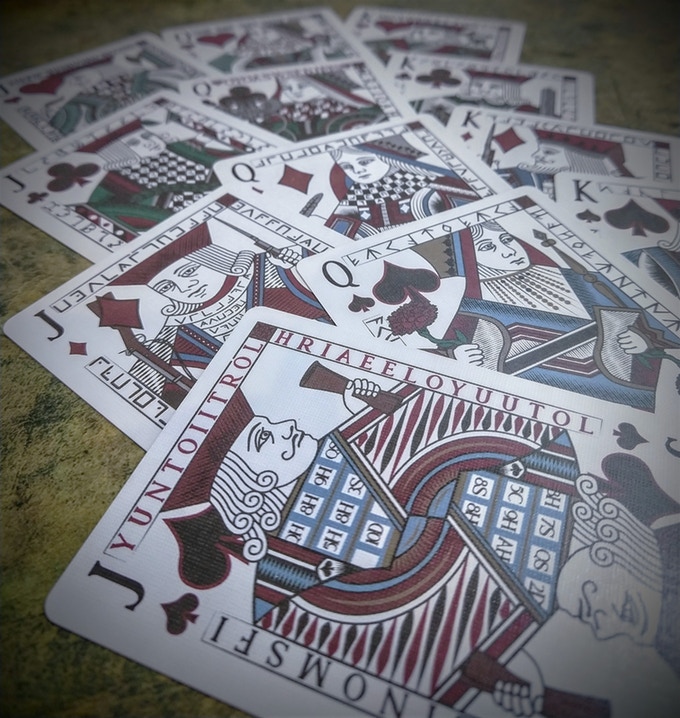 Each of the cards in Carte Rouge contains clues within their art that will help you unlock puzzles designed to test your knowledge of languages, history, science, geography, and more. The cards are beautiful and will include spot metallic colors and hot foil detailing on the box making for an elegant set of playing cards that you can use for any of your classic games. The actual game of Carte Rouge has over 24 puzzles and to play out each an every one comes to about 12-20 hours of gameplay. If you like classic card games and mind-bending riddles make sure to check out Carte Rougeon Kickstarter here. 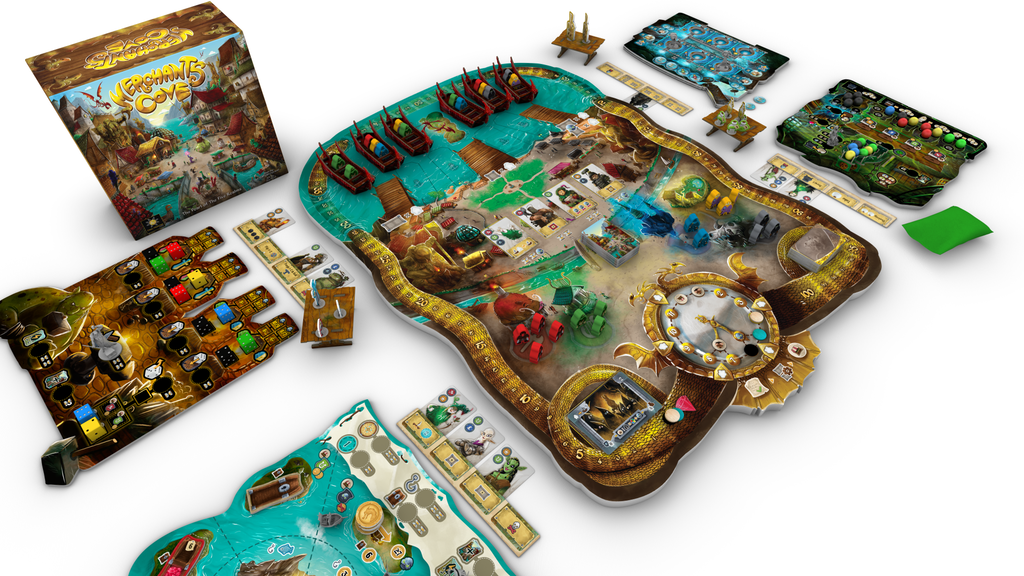 This is not something I usually encounter: an asymmetric Euro game. In Merchants Cove players take on the roles of different types of fantasy merchants (Alchemist, the Captain, the Time Traveler and the Blacksmith). Each role comes with unique mechanics to help these merchants earn their coin from the adventurers that patronize the famous market piers. 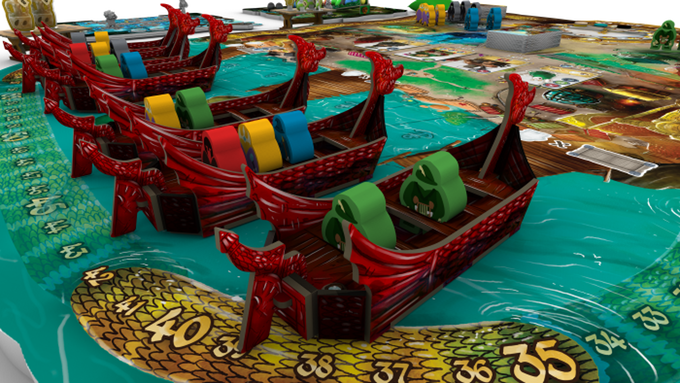 The game is played out over the course of 3 days (rounds) where players will take actions that will provide them with the goods they need to sell to customers. The alchemist collects ingredients by matching marbles to make potions while the blacksmith uses dice placement and dice manipulation to craft weapons and armor. Though each role plays very differently, because there is little player interaction, you don’t need to learn how each and every role plays to be able strategize. Merchants Cove seems much more about mastering your specific role. You can learn more about Merchants Cove here on Kickstarter. 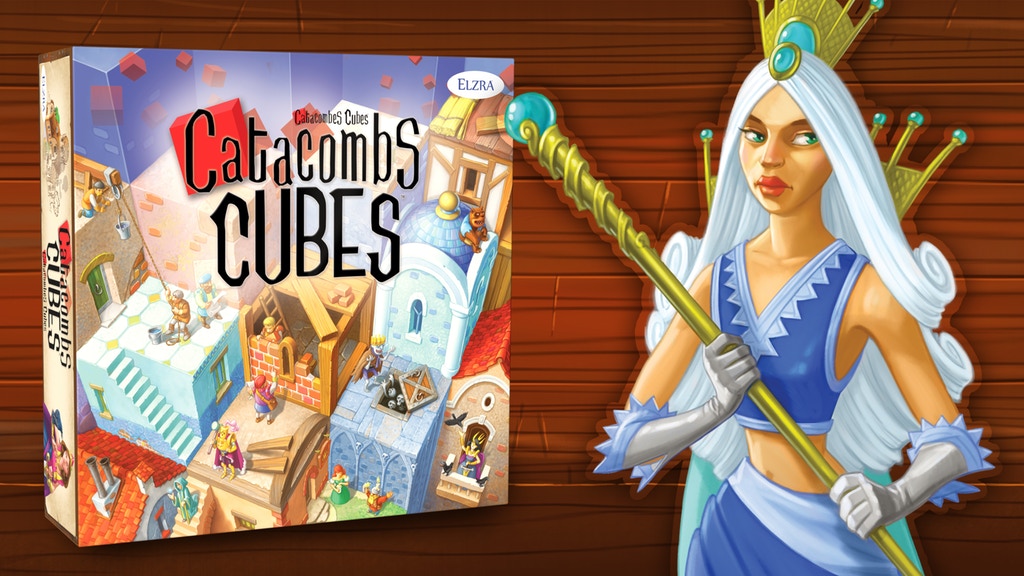 Catacombs Cubes continues the story of the Catacombs world developed by Elzra Games. In the game, players will help build the town of Stormtryne using the new cube-building mechanism. Each turn players will be able to collect cube pieces, take special actions, build a structure using their cubes, or contribute to the Palace (a public structure that all players can help build).

I really like the Tetris-like mechanic of using the differently shaped cubes to build structures based on their blueprint. Catacombs Cubes really appeals to the builder in me and I can’t wait to see how the game plays overall. Check out the Catacombs Cubes Kickstarter for more details. 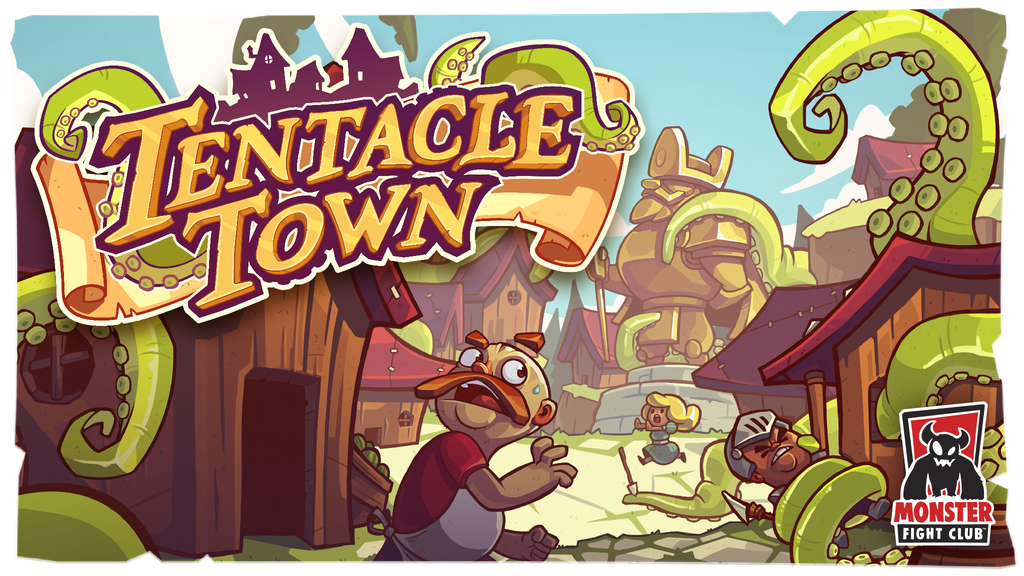 Welcome to Tentacle Town where the role of mayor is up for grabs. Some might not want to take on such a prestigious role when they realize that this town is continually attacked by giant tentacles, but you are made of sterner stuff. Compete against your mayoral candidates to build buildings, complete tasks, and do away with those pesky tentacles. You gain fame for taking care of the town’s troubles and at the end of the game, who ever is the most famous wins.

Tentacle Town has some neat mechanics that differentiate it from other worker placement games. For example, buildings become more profitable as you construct more and more in the same district, but, at the end of your turn, your precious buildings, citizens, or workers may be in peril as the more inhabited a district is, the more likely the tentacles will attack that area. With its delightful illustrations, comical tentacle pieces, and unique mechanics, Tentacle Town looks like it could be a goofy good time. Learn more about the game here on Kickstarter.