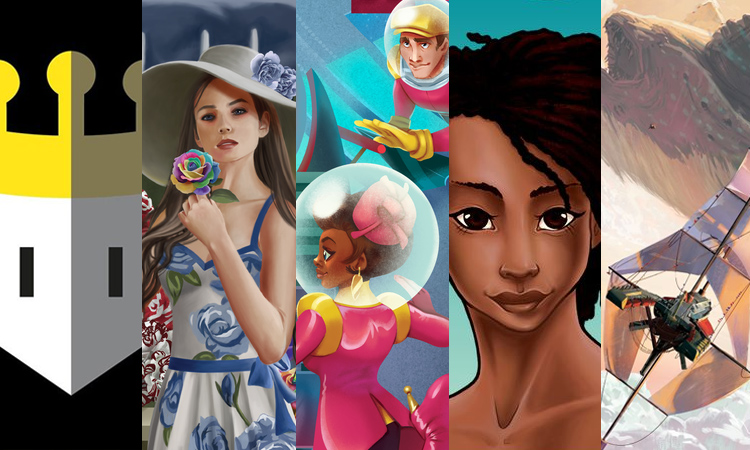 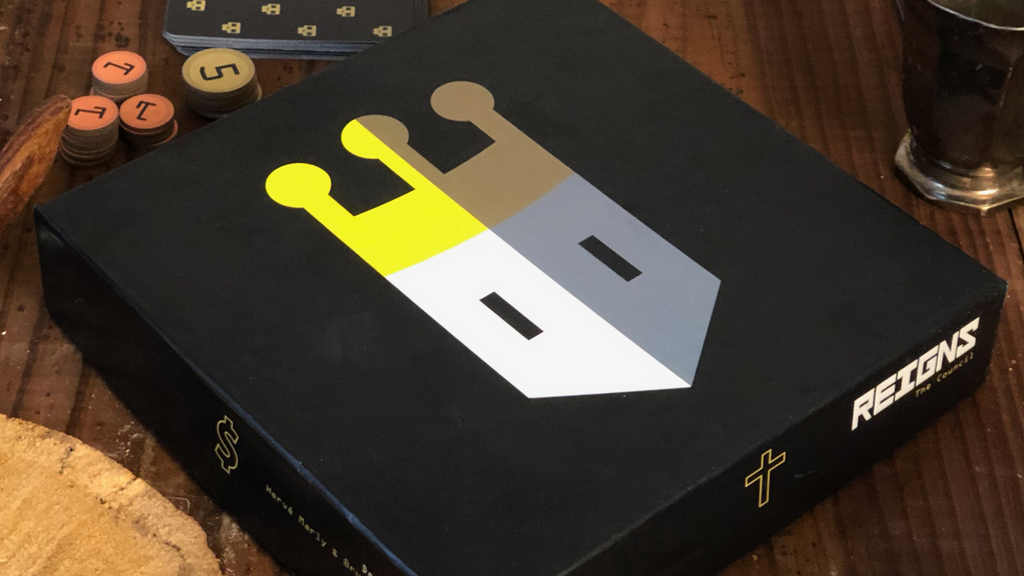 Reigns is a fascinating mobile game where your choices determine the life and death of countless rules throughout history. Faced with questions on everything from funding a spring festival to charging off to war, you choices are limited and your advisors have their own opinions on how things should be run. Reigns: The Council is an asymmetric party game based on the app and puts players into the monarch’s shoes (until their untimely end). During the game, one player will be the monarch and everyone else will act as their advisors. The monarch must decide which petitions their will support or decline while their advisors look to influence them one way or another based on their secret objectives. If the balance between the four pillars of society ever tips then the monarch meets a grisly death and a new heir is crowned. 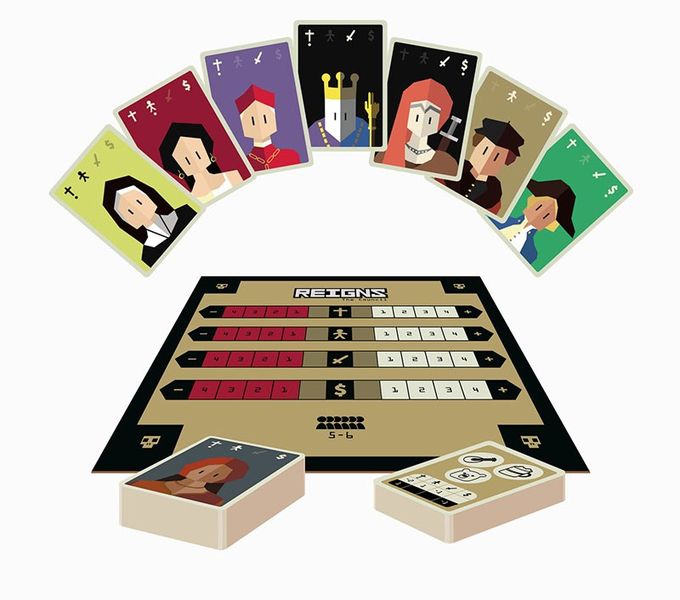 I played the heck out of the Reigns app and had a blast with it. When i first saw there would be a board game I had concerns on how the game would be translated to a physical form, but I think Bruno Faidutti and Hervé Marly, the designers, have managed to pull it off. Reigns: The Council looks like it embraces the spirit of the original while providing fun gameplay for the group. Make your decision on Reigns: The Council by visiting Kickstarter here. 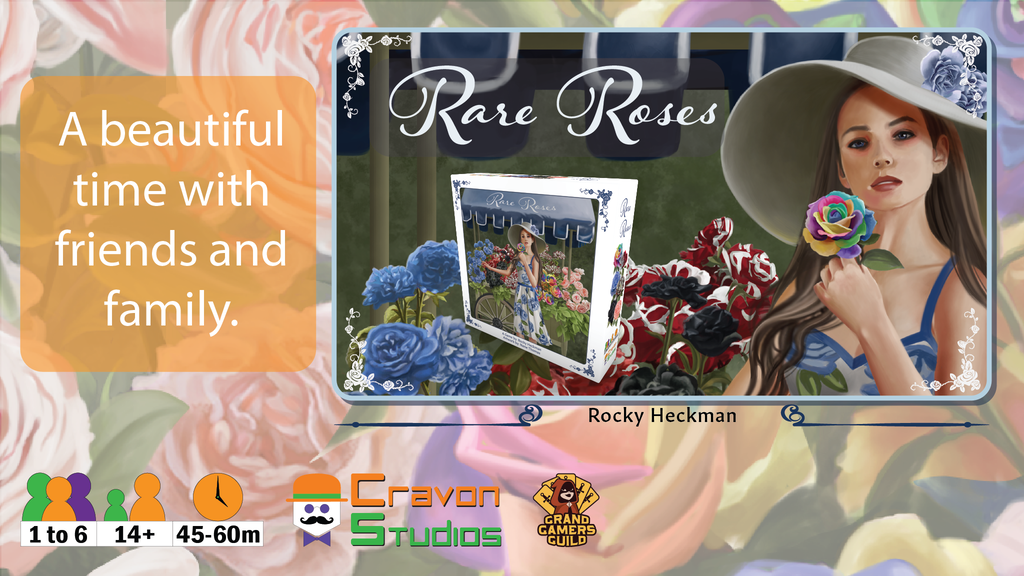 I have an odd habit. I like to stop and smell the roses for real. I’ll be walking down the road, see a rose, and stop to sniff. So when I see a game about roses, I have to stop and check it out. Rare Roses is  set collection game about the competitive world of florists. 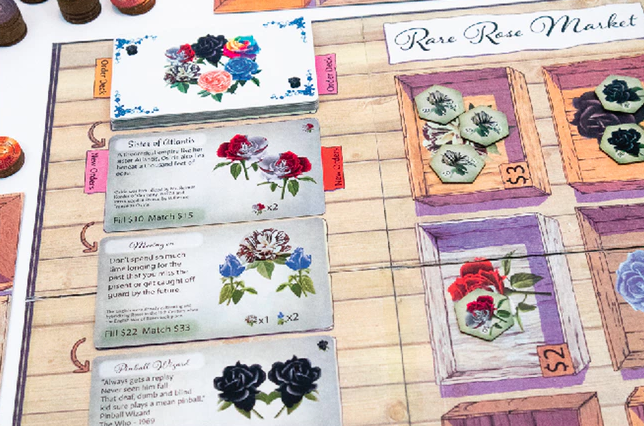 Each round players can buy rosebuds from the market or other players and use these flowers to fill orders. Planning is important as Roses will bloom and die over time if they are in your inventory. If you cannot use a bloom it might be smart to sell it to a competitor before it wilts away. Simple and sweet (smelling) Rare Roses is a beauty that looks like a perfect pairing with afternoon tea with friends. Check out Rare Rose on Kickstarter here. 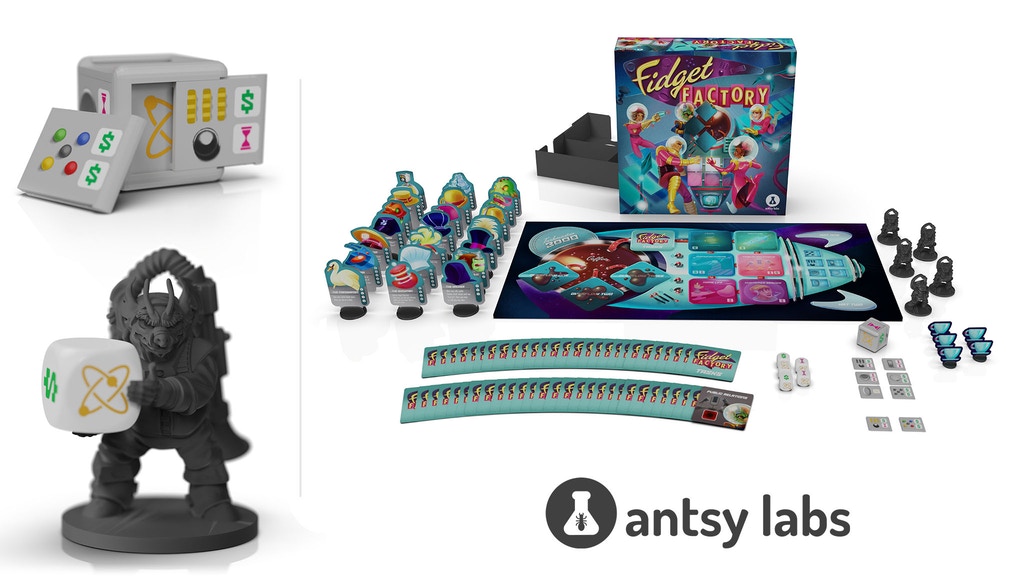 While we’re talking about habits, Andrew is a fidgeter. He loves his fidget cube and I was surprised to see the company that makes it is now making a board game! Fidget Factory is co-op game where everyone is racing to create a full fidget cube before the group runs out of time or coffee

To assemble the cube, players will be rolling dice to complete tasks. Once you’ve got three matching complete task cards you can put a face on the fidget cube. Manage to get all six on the cube and everyone wins. I like that the fidget cube is actually a die in the game to which you can slide on the face tiles. As faces get added the powers of the die increase. It’s a clever take on the dice-building mechanic and I can’t wait to see how it plays. Learn more about Fidget Factory here on Kickstarter. 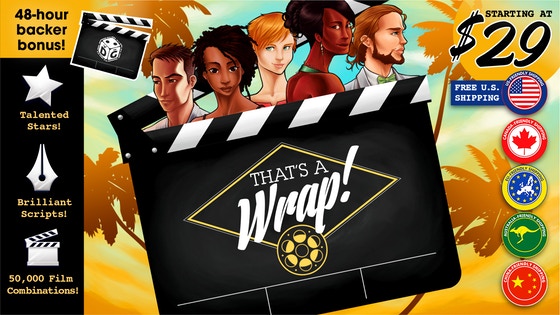 I used to love a bunch of card games from the B-Movie Series. It was always hilarious to craft up a bonkers movie title and see what the cards would dictate the movie was about. That’s a Wrap brings back those warm memories with a card-drafting/ dice-rolling game about making movies. 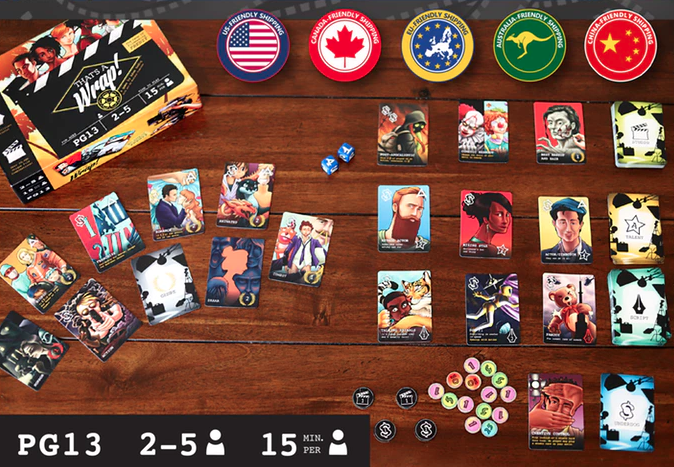 In That’s a Wrap players become movie directors working on their next hit projects. They’ll be bidding on scripts, hiring actors, and sabotaging their rivals. Whoever manages to win the most award for their films win the game. I love games like this where the elements that you add to your film will help tell a story that can be as weird as you like. Check out That’s a Wrap on Kickstarter for more info. 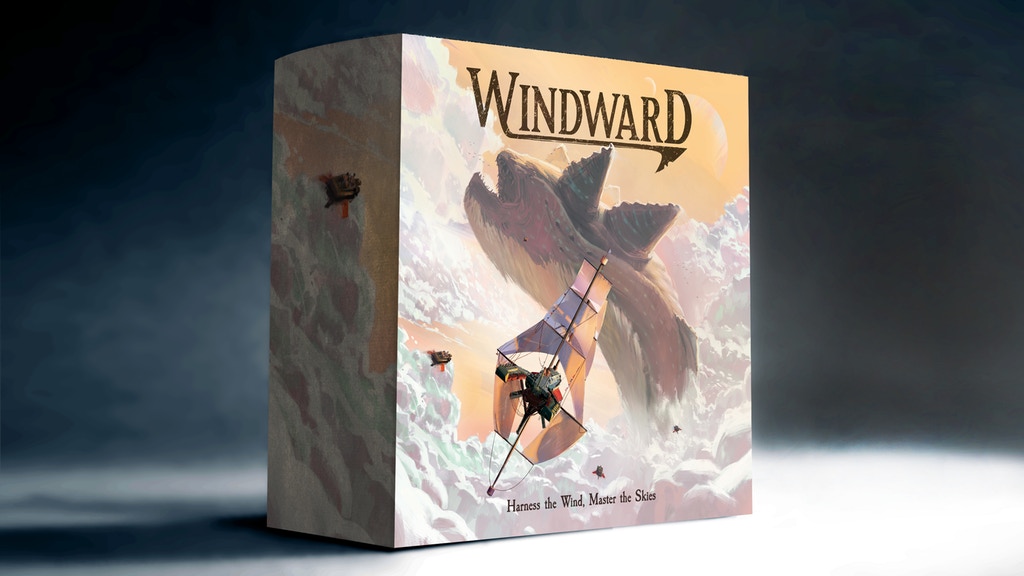 Windward is an engine building game of sky-sailing and leviathan hunting. The game is set on the gaseous planet of Celus. Giant flying monsters, called cresters, patrol the skies and it is up to the brave sky captains to hunt them down. As captains, players will guide their ships across the map using the ever changing wings and adjusting their altitude to gain the upperhand on the cresters.

Having just come away from a party where someone broke out a copy of the old Dragonlance game, I was just thinking it would be neat if someone reimplemented the mechanic of adjustable elevations. It makes use of the 3 dimensional space more interesting and adds a layer of strategy especially when you add in the wind element which influences the speed you can move at. With the spatial element of the game being so important, I’m glad to see the minis are looking really nice and the modular board is a great way to add more playability. Be sure to check out Windward on Kickstarter here for more info.