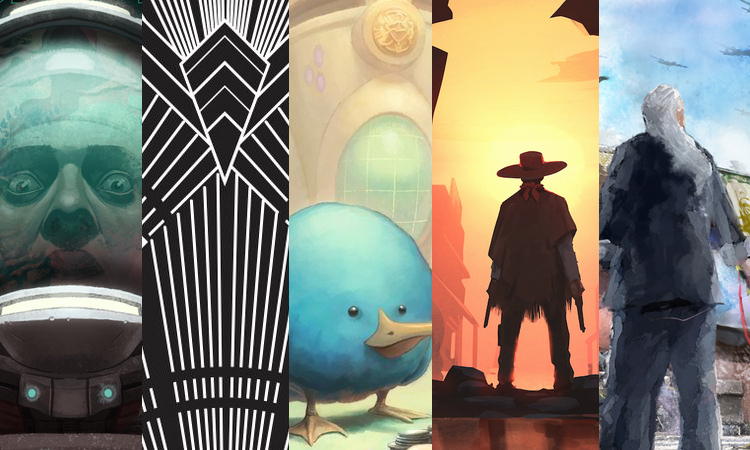 Jess: It’s Friday and time to make the Kickstarter list, but first a quick note. I support unions and am uncomfortable with what Kickstarter has been doing lately as a company. That said I will continue to write up these projects as I don’t want to punish the designers, artists, and other folk who are creating interesting projects. I want to see their games become reality and I hope that Kickstarter works with their employees to come to an understanding and support their unionization.

Now, on to the fun stuff! 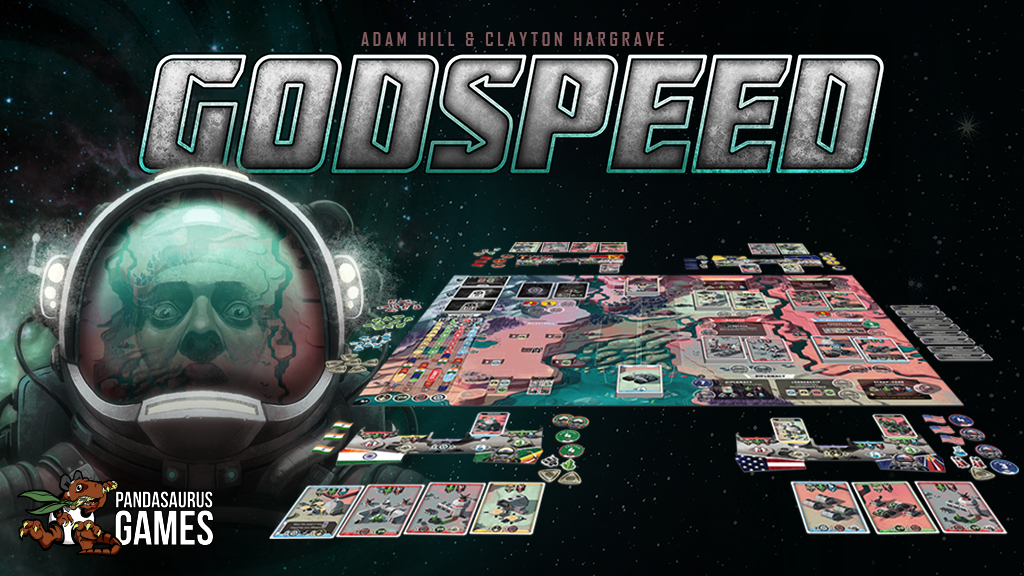 What happens when mankind discovers a new planet rich in natural resources? Humans race each other to see who can colonize the new planet fastest. In Godspeed players head up different nations looking to establish their foothold on a new exoplanet by gaining prestige, civilization milestones, and other bonuses. Each player will have a team of specialists who can be assigned to different tasks each round. 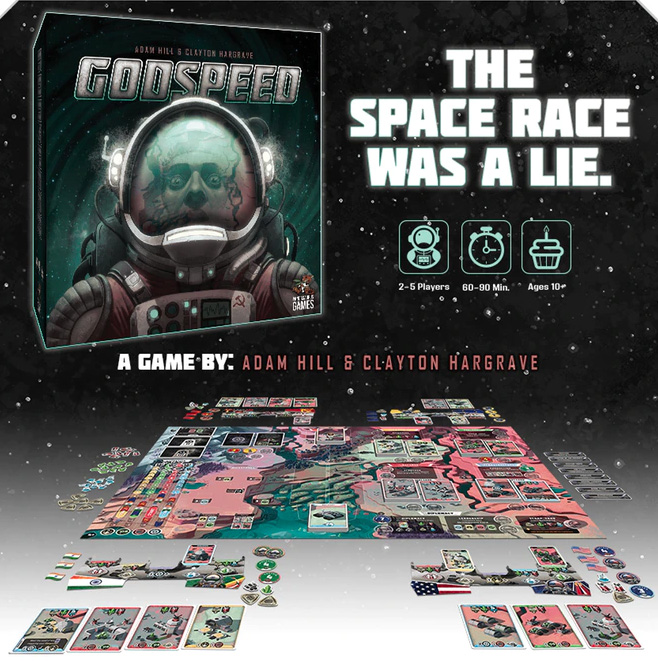 What’s interesting about the game is that those specialists excel in their given category (captain, trader, engineer, biologist, ambassador). They can be assigned to spots on the board that relate to that category, but they can also be used to complete group goals. These group goals can lead to negotiations between the players as everyone tries to decide who, if anyone, will help deal with whatever event is happening. The game looks really neat and Pandasurus always makes a quality product. Check out Godspeed on Kickstarter here to learn more.

Light Hunters: Wind of the Dunes & Tide of Atlantis 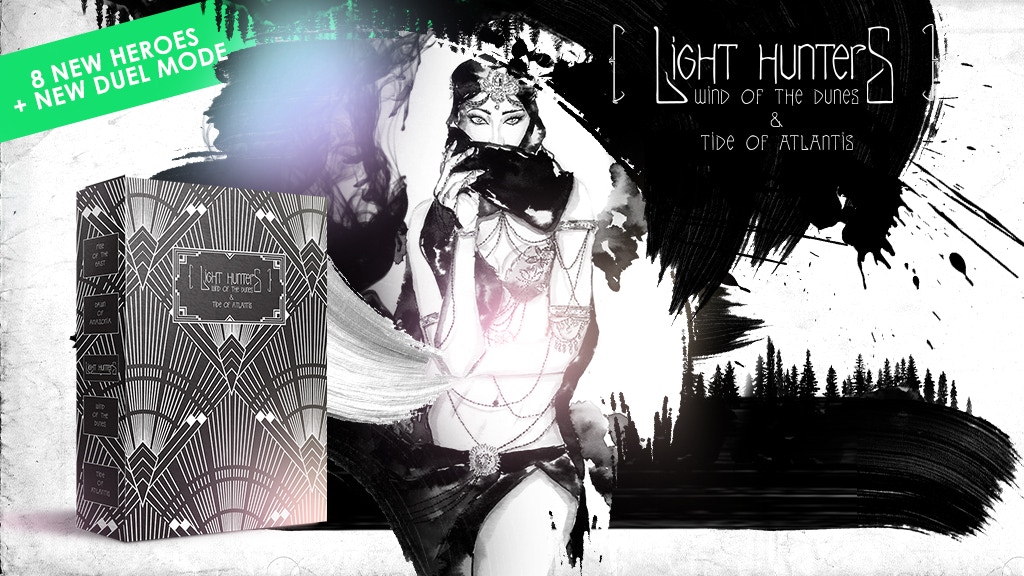 Light Hunters is a visually stunning team-based fighting game. Set in a fantasy world, the game lets players team up against each other. Each player will pick a hero from the available classes (tank, fighter, healer or spellcaster) whose powers and abilities will contribute to their teams success. Light Hunters: Wind of the Dunes & Tide of Atlantis is the second expansion for the series and adds 8 new heroes and  a new game mode to the mix. 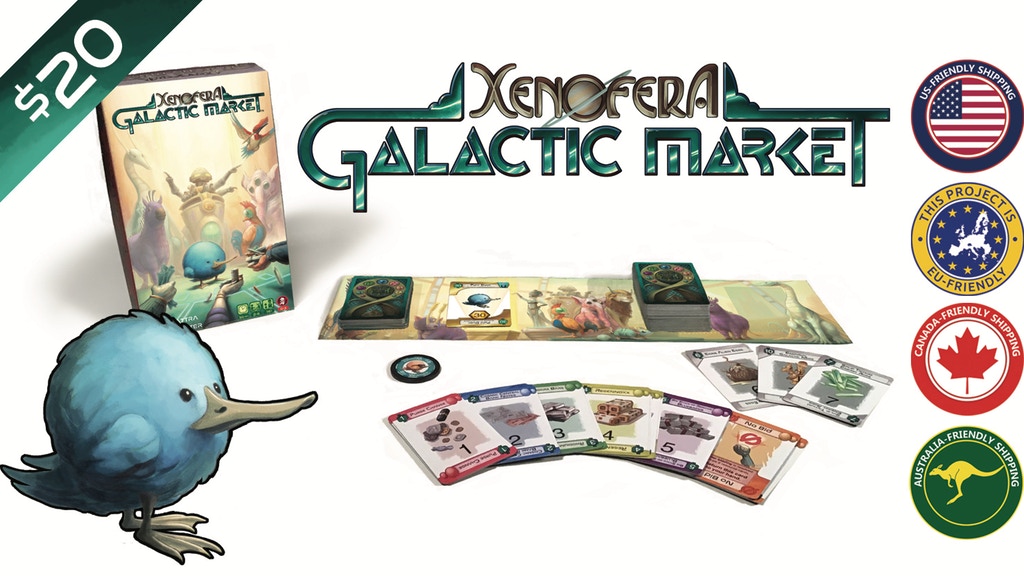 When you want to collect alien creatures (Xenofera), the best place to find them is the galactic market, but there is plenty of competition so you need to sharpen your bidding skills. Xenofera: Galactic Market is a strategy bidding game where you are trying to build up your menagerie of Xenofera. Each turn players will be choosing if they will be bidding on the creature up for auction or bluffing to draw more cards. There are also special action cards that can affect the auction. 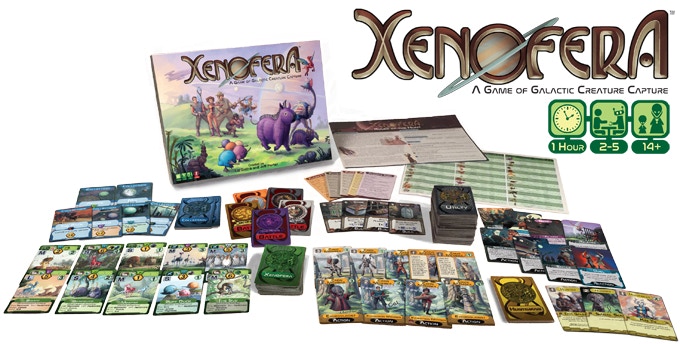 One of the things that stands out to me is that the mixture of cards can be mixed differently from game to game to change the temperament of the game. You can range from a laid back auction game to intense bidding action. Having that option lets that game appeal to a variety of crowds. Visit the Xenofera: Galactic Market on Kickstarter here to find out more. 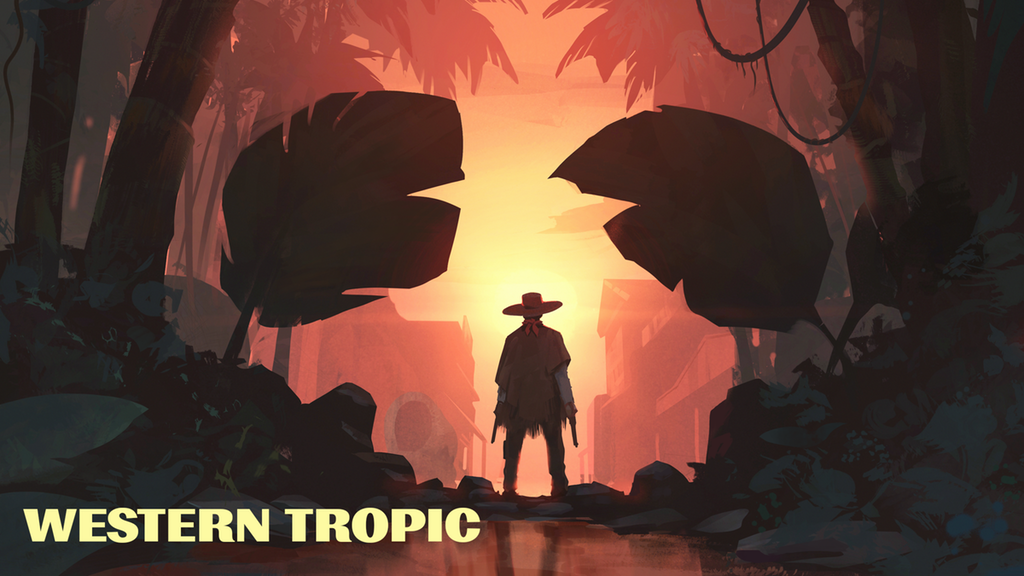 The world’s most talented gamblers are coming together on a secret island to play a new kind of Texas Hold’em. The organizer to the tournament has an obsession with the old west and has themed the entire island accordingly. Strap on your best spurs and 10 gallon hat because, in Western Tropic, we’re headed for fame, fortune, and glory!

Western Tropic is an area control/drafting game based on Texas Hold’em. Players will move along a grid  and swap cards around to create classic poker hands. The first person to gain 60 points wins. The game looks absolutely gorgeous and I like that it builds on a classic card game, making it easier to coax in newer players. With it’s beautiful design, the custom poker deck alone is tempting. Check it out on the Western Tropic kickstarter here. 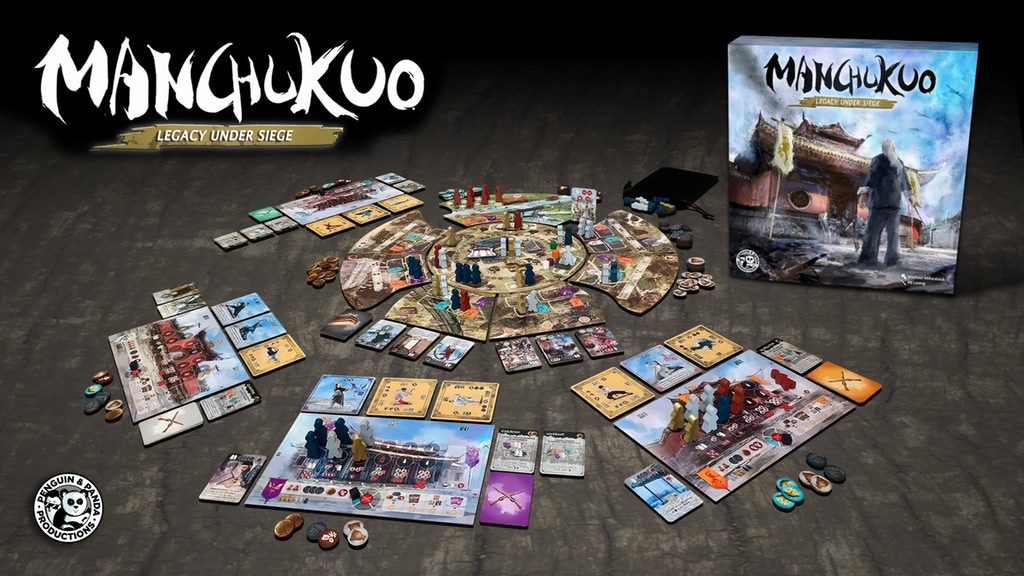 Manchukuo is set in Northeast China in the 1930’s when it was illegal for people to assemble or have weapons. As a teacher of martial arts you must find a way to continue your way of life; teaching students and ensuring the safety of your community. As a worker placement game, during the day players will need to assign their students to complete tasks in town while at night they will recruit and train new students. The students you assign to tasks count towards your influence over residences. By having the most influence you’ll be able to recruit students from that residence. 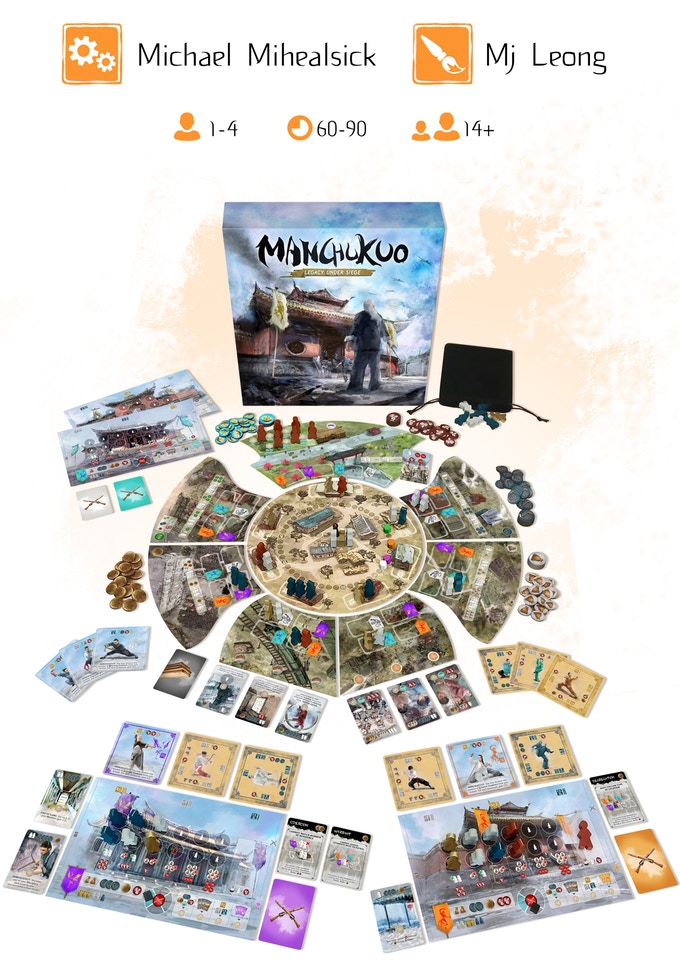 The gameplay focuses on the balance of recruitment. You need to make sure you recruit enough students to take the actions you want, but if you take too many students the local garrison might enforce extra rules on how you can assign your workers. These restrictions can pile up during the game, making it tough to do the things you want to do. I think Manchukuo is a neat twist on worker placement and I like the puzzley aspect of it. Learn more by visiting Manchukuo on Kickstarter here.