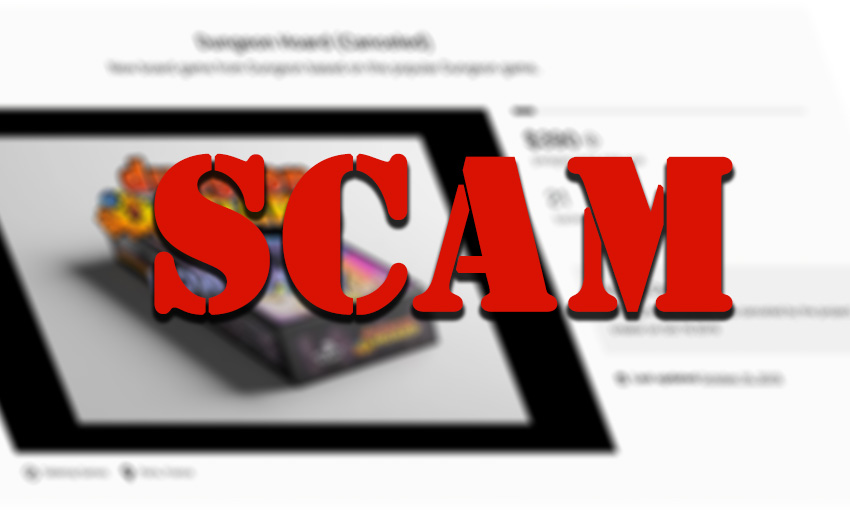 October traditionally is about pumpkin spiced everything, fun costumes, and trick or treating, but Kickstarter backers received a particularly tricky surprise in their goodie bags this month. A scam artist, who goes by the name Marwan Marjan, has been posting campaigns using other designers games. 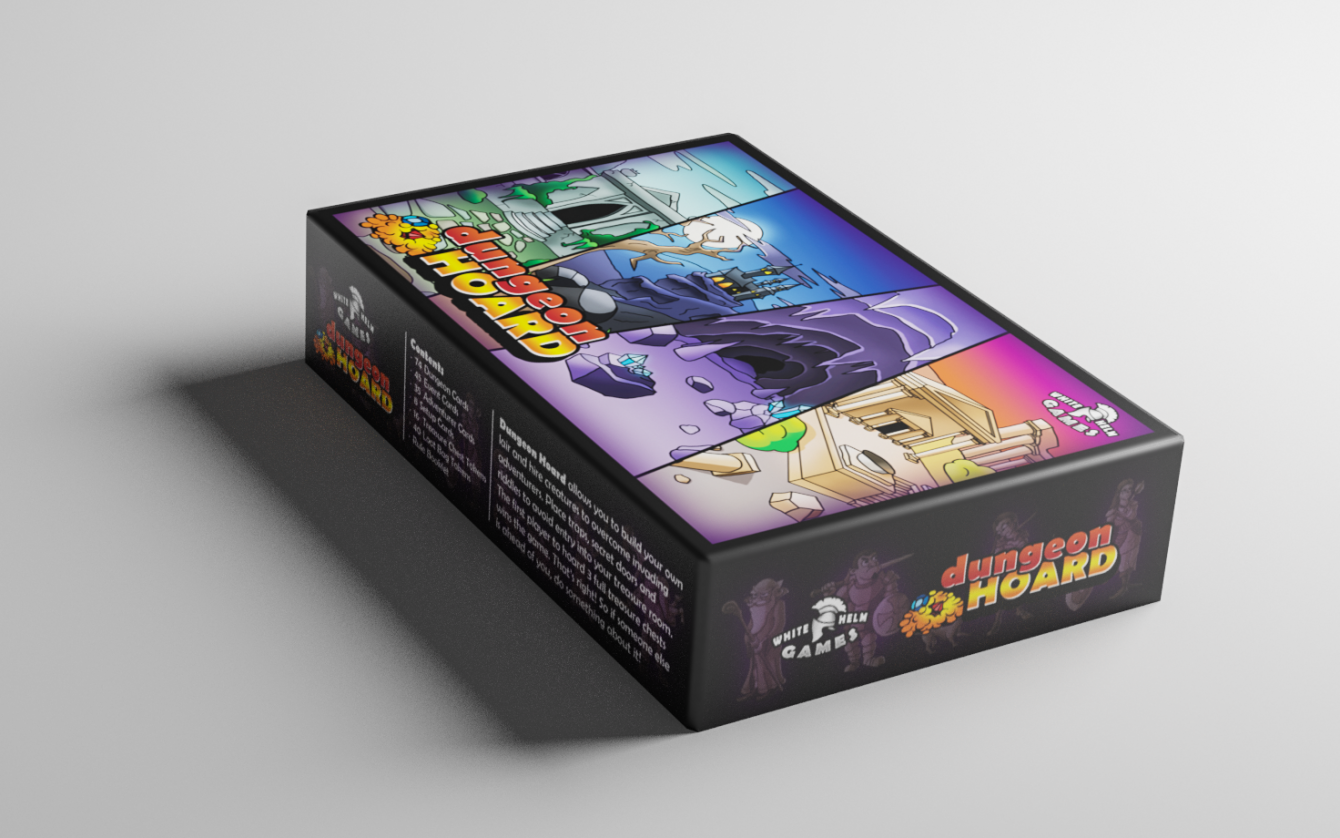 First spotted by backers of Dungeon Hoard, the fraudulent campaigns use assets and text taken from The Game Crafter website to create what looks like legit projects. Marwan didn’t bother to change anything when cribbing the original game, perhaps choosing instead to bank on the idea that no one would have seen the Game Crafter pages. You can see a comparison from the Dungeon Hoard page below:

The project launched on October 13th and within a few days Ernest Formosa, the (actual) game’s designer, was alerted to the project. In a Facebook post from his company, White Helm Games, he states:

On Kickstarter, the project began receiving comments from confused and angry backers questioning what was going on and in many cases removing their pledges. Instead of trying to legitimize his project, Marwan responded by attacking the claims and proposing that “some kids” were conspiring against him in an update on the campaign. 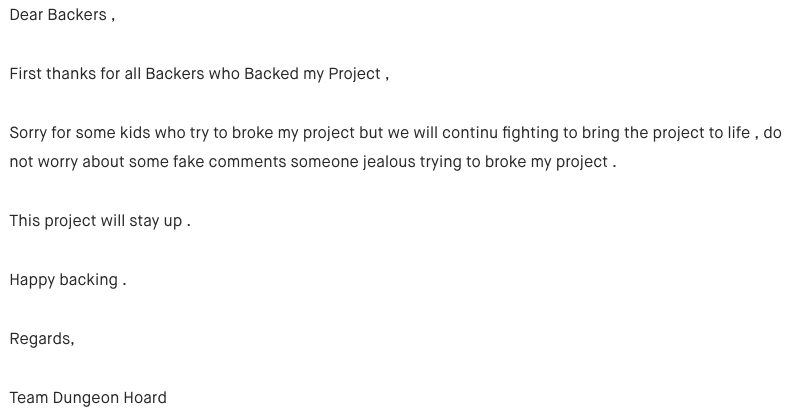 Formosa tried to alert backers to the obvious scam and was met with Marwan’s  petulant accusations that Formosa was lying due to jealousy.

Marwan’s responses continued in this vein of defending himself from imagined persecution using childish language that spoke to a level of unprofessional that most likely contributed to the distrust he was facing. The irony of fact that he began calling one of the backers a kid was apparently lost on Marwan.

As backers investigated they came to realize other parts of Marwan’s project had been stolen from other campaigns as well such as the “The Risks and Challenges section” which had been copy and pasted directly from the Flatout Games Calico project.

Marwan managed to raise $390 of the campaign’s goal of $5,558 goal, before closing down the project due to what he deemed harassment, but may have been fear of retaliation from Kickstarter:

“i canceled this compain because no one deserve + some of this kids who come and broke the project , for theese ppl who beleived ernest did u see his page verified? (blue badge) ?? because they lied to all of u :p”

Concurrent to the Dungeon Hoard campaign, Marwan ran a second project ripping off yet another Gamecrafter title called Christ Is Born!, but according to Kickstarter the project has been suspended.

Scams like this are insidious and, unfortunately, way too easy to set up. By stealing assets from another site, anyone can quickly set up a Kickstarter campaign and come off as looking legit. Without any reason to think there won’t be more of these fraudulent campaigns, backers must become more wary as at this time Kickstarter does not have the ability to verify each and every campaign. As consumers and backers, it is (unfortunately) largely on us to do our research and make sure that we aren’t depositing our money into a scammer’s pockets.

Here are a few things to look for when checking out a campaign:

In the end, it’s really up to your own discretion about what you’ll feel safe backing. Doing a little research before you pledge can help save you a big headache later, and if you do discover that a campaign is doing something shifty, make sure to report it to Kickstarter. There is a handy dandy “Report this project to Kickstarter” button at the bottom of each project page which will let Kickstarter know that they should review the project. This not only helps protect others from the scam, but also lets Kickstarter know that this is an ever increasing issue that they should address.

You can support the real games by visiting Dungeon Hoard or Christ is Born! on The Game Crafter.

Back safe, play happy, and if you have any other tips for spotting scam campaigns please share them in the comments below!