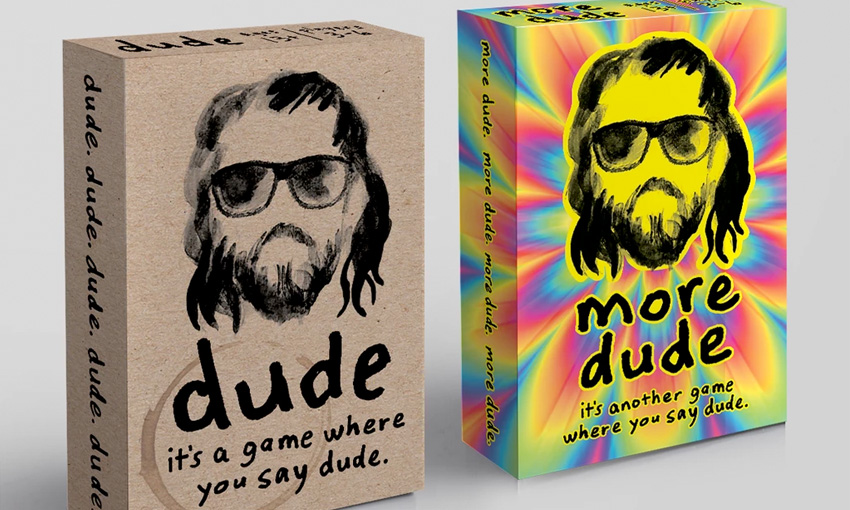 dude is an absurd, silly, simple party game where you say dude.

Andrew
Ok, so I’ll be the first to admit that dude did not immediately strike me as a game I would enjoy.  I mean, come on – it plays like some sort of Kafka-esque comedy sketch where everyone’s entire vocabulary has been replaced with the titular sobriquet, and all attempts at communication devolve into a group of people squawking the word ‘dude’ at each other over and over until, somehow, they find that ephemeral connection we all seek in life and pair off, blissful and fulfilled…

…actually, when I put it that way, dude sounds friggin awesome.

We got review copies of dude and more dude.  And by the way, that’s not a typo – dude is lower case.

The tagline for dude is “it’s a game where you say dude”, so we can’t accuse this simple party game of lacking self-awareness.  And the actual rules are also wildly simple – each player has a stack of cards that say dude on them.

Your job is to say dude. 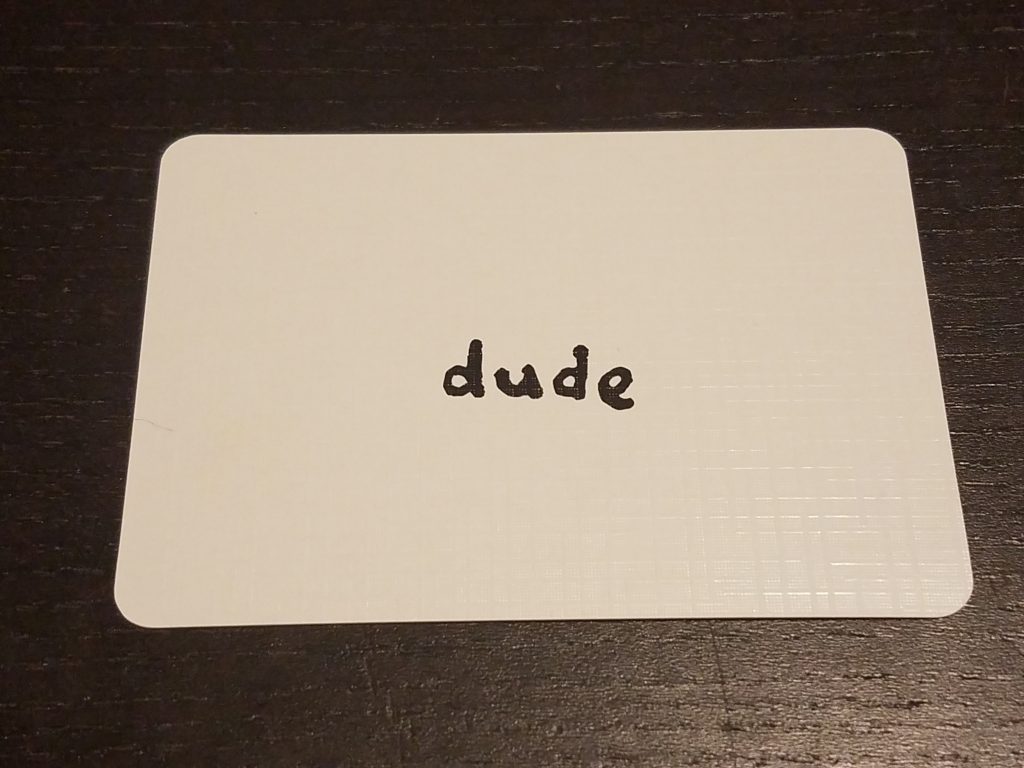 You say dude until you and another player say dude the same way, and then you reveal your cards to each other.  If your card that says dude matches the other person’s card that says dude, well, that’s ‘Sweeeet’, and that means you both score your cards.  The first player to score all their cards is the dude.  Or the winner.  Whatever. 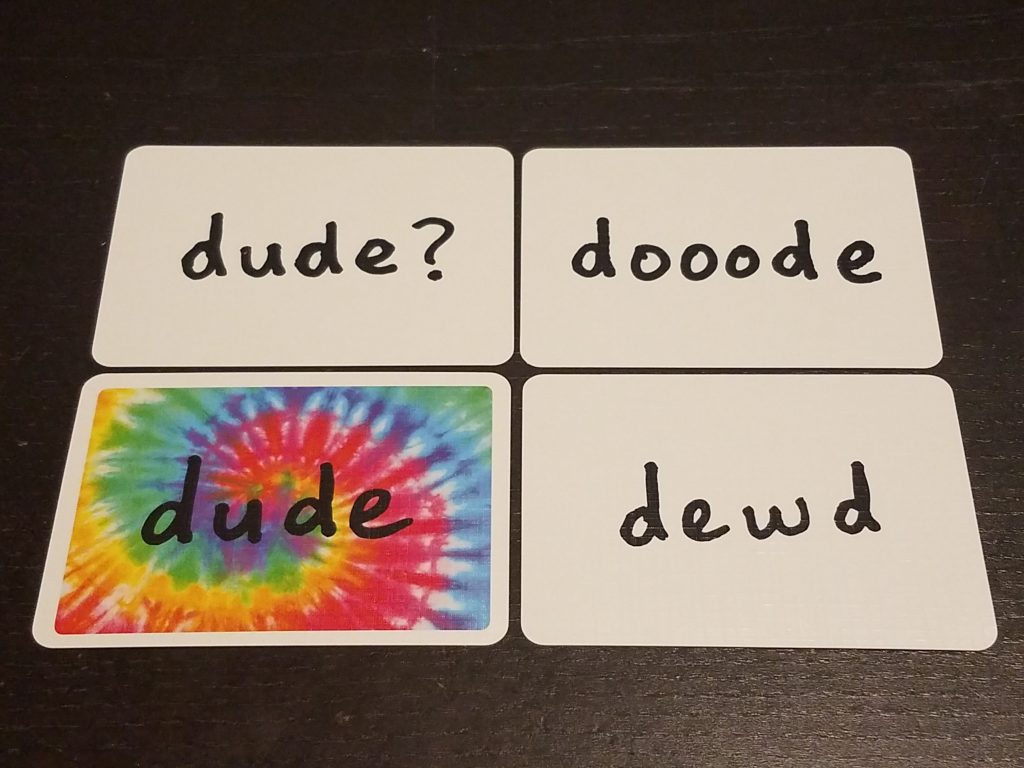 And so the challenge is all in your delivery.  Everyone at the table is saying dude – can you make yours distinct enough that another person saying ‘your’ dude will recognize it?  How do you interpret each card?  What IS dude, I mean, really?

In case you hadn’t caught on, dude is a silly game. 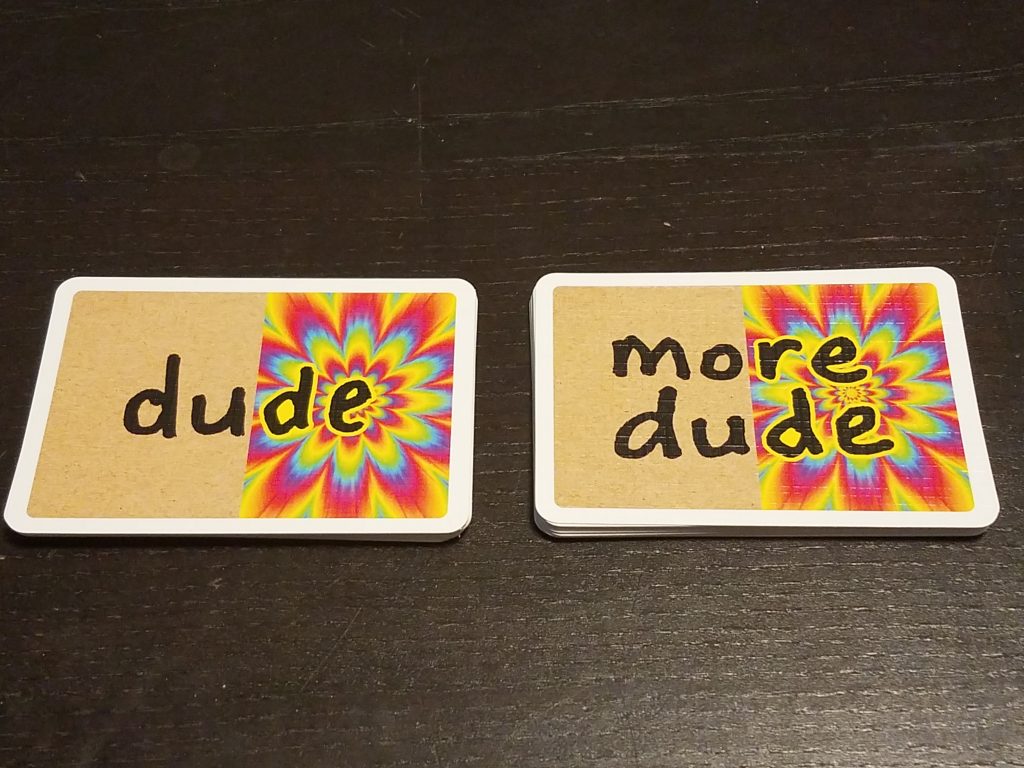 Much like Happy Salmon, another fantastically playable, incredibly simple game in North Star Games’ lineup, dude (and its expansion more dude) are good fun with the right group.  more dude adds, well, more dude, as you can see below, making for an even more dudeful game. 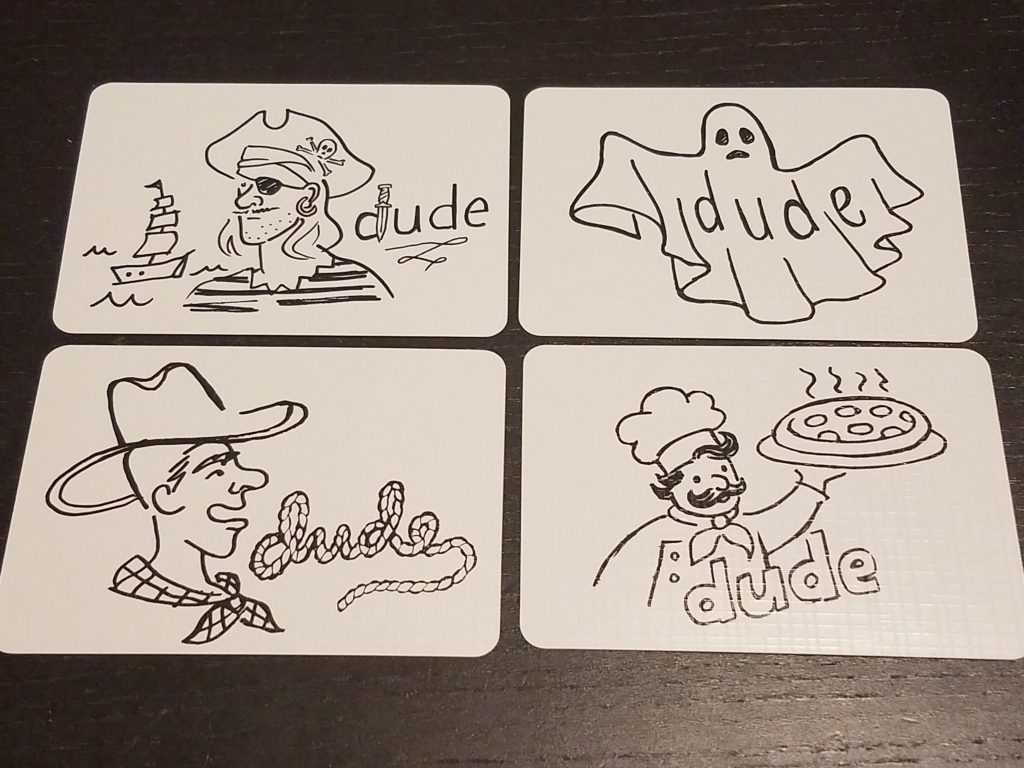 The game is a good yardstick for how silly your gaming group is willing to be and, honestly, if you’ve got folks who can’t giggle their way through 2.5 minutes of saying ‘dude’ over and over again, you may want to consider the merits of expanding your social circle.

dude is absurd in premise, simple in execution, and entertaining in its very specific way.  Squares need not apply, but if you’ve got room for a little silliness, dude abides.