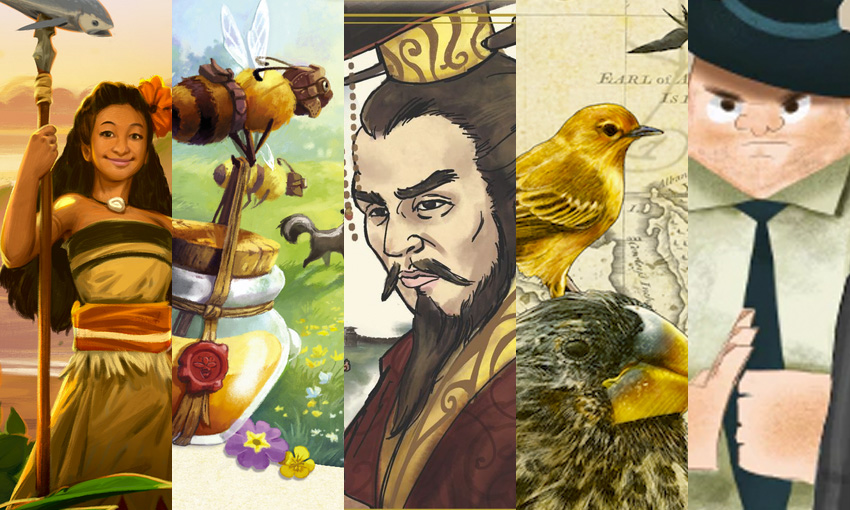 Welcome gamers to the greatest day of all days: Friday! The day when our week comes to a close, work is put aside, and games can be played with abandon! What games can we find on Kickstarter this week? Lets take a look! 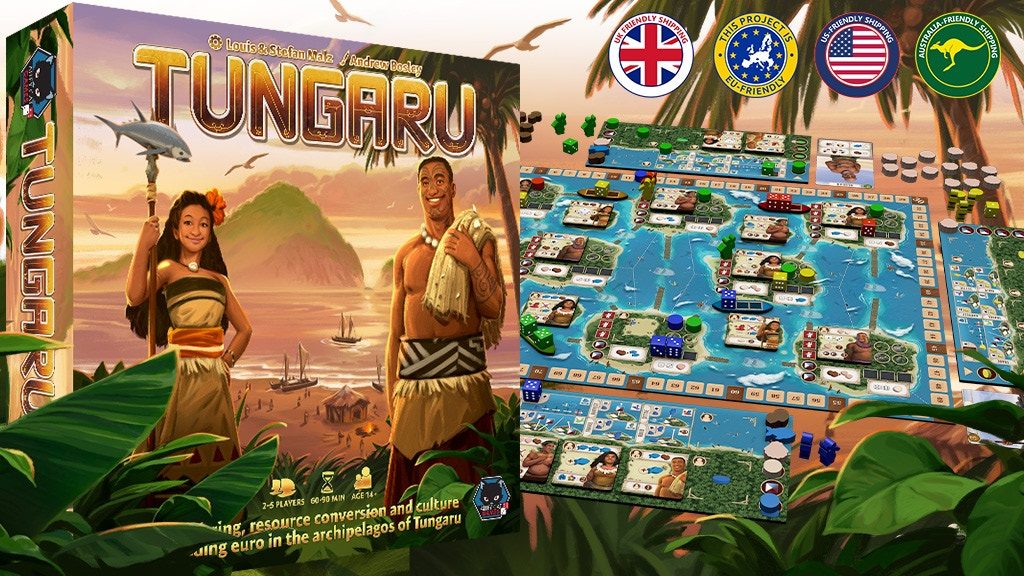 Tungaru is a dice placement/engine building game where players take on the roles of early early Polynesians as they spread their communities across the islands.  We love dice placement games, and the neat twist here is that every round, all players work with an identical dice pool (the lead player rolls and then everyone copies that result).  That eliminates the feeling of a player having bad luck, while still benefiting from the randomness of the dice.

Another thing that intrigues me about Tungaru is its theme – there are about a billion games about European colonialism, but relatively few about the spread of other cultures.  With gorgeous artwork and what looks like smooth, engaging gameplay, Andrew’s backing Tungaru as we speak! Visit Tungaru on Kickstarter here. 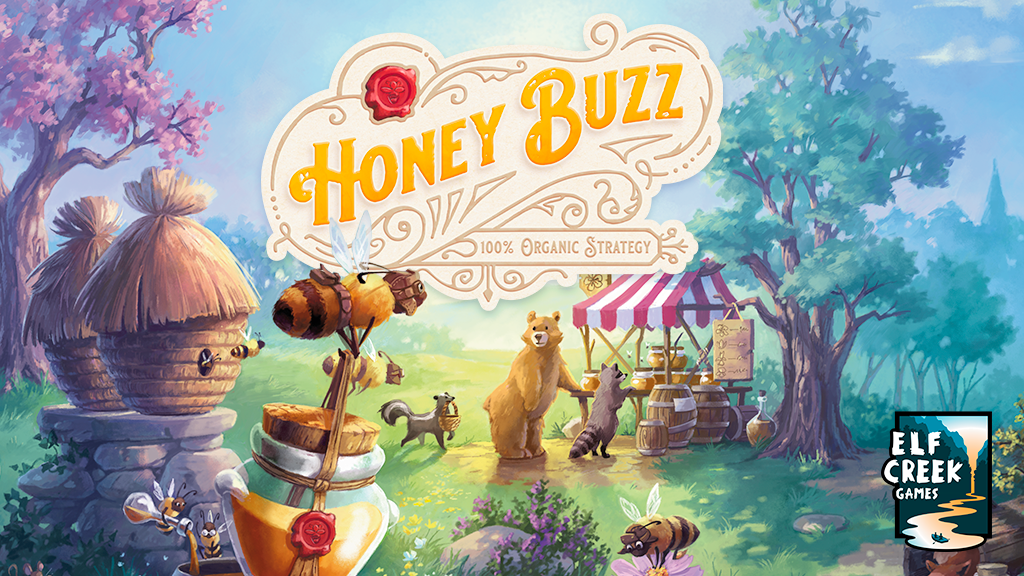 I adore bees so Honey Buzz was of instant interest. It’s a worker placement game about expanding your hive, gathering nectar, and selling honey to bears. 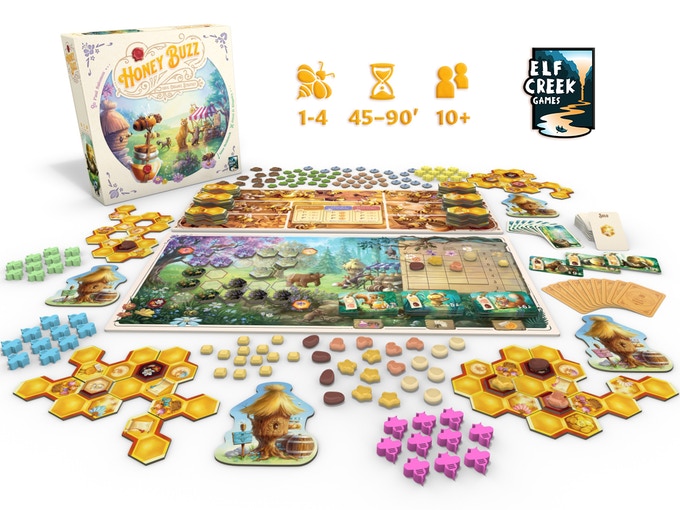 I like the puzzle element to the game where, when you collect nectar you need to store it in your hive and each cell of your hive can only hold one type of nectar. To make honey you need to add nectar to cells in a pattern that matches the honey. Finding optimal ways to arrange your honey looks challenging. I’m also really partial to the worker bee meeples. They’re so cute! Learn more about Honey Buzz on Kickstarter here. 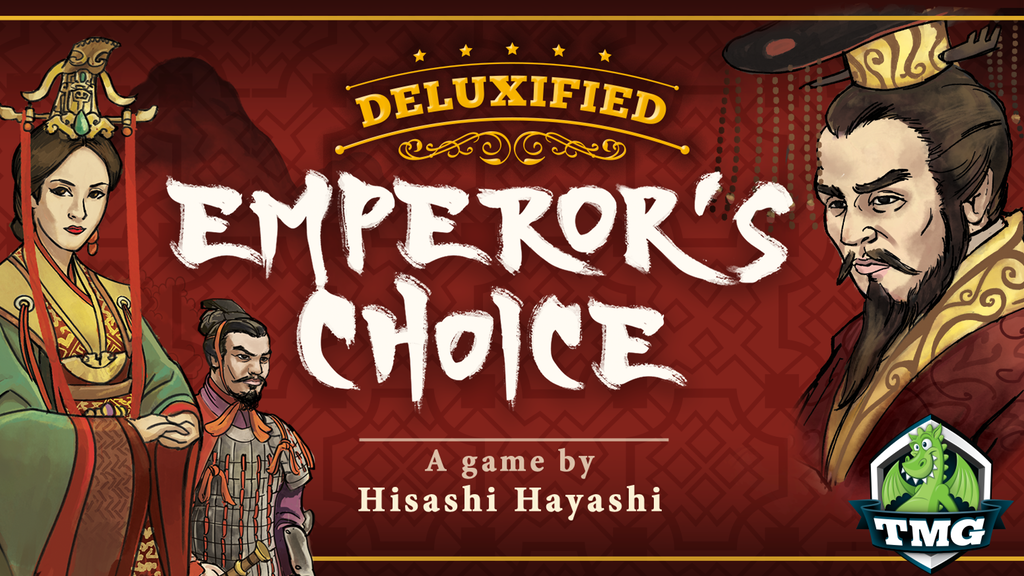 Emperor’s Choice is the latest game to receive the ‘Deluxified’ treatment from Tasty Minstrel Games, and I have to say, they always turn out amazingly well.  This time, TMG is bringing us a game all about strategic choices – players will bid for turn order, and then spend their actions amassing resources, recruit academics & philosophers, rally troops to their cause, and manage important public projects such as parades and the construction of the infamous Great Wall.  Lots of actions will earn you points, but you also need to curry favor with the Emperor, as each round he will issue a decree that will affect all players.

Tasty Minstrel rarely lets me down, so I feel pretty dang confident in this one.  The deluxe components look gorgeous, and the gameplay seems like the sort to encourage dynamic strategies based on the changing conditions of the Emperor’s whims and the tiles on offer.  Looks neat! Check out Emperor’s Choice on Kickstarter here.

On The Origin of Species Board Game 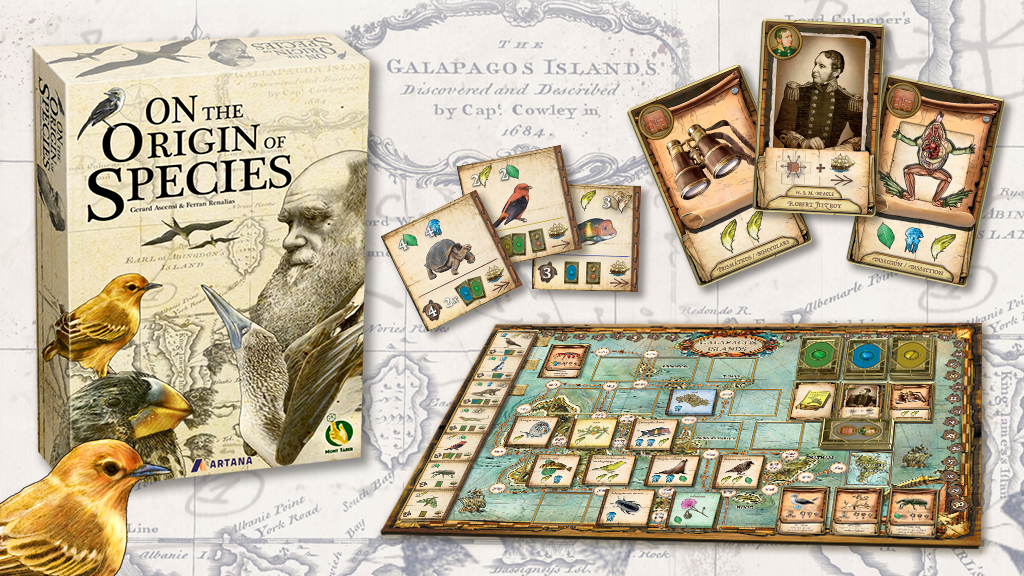 Drop dead gorgeous and educational to boot, On the Origin of Species is a hand-management/tile placement game where everyone plays the young, adventurous Charles Darwin as he explores the Galapagos Islands. Players will be sailing through the islands, discovering species, and making connections between the flora and fauna. Each turn, players will have actions to choose from: Research by placing 2 tokens on 2 different species, gaining of the associated habitat or Discover by using habitat knowledge to place new species tiles on the board. Discovering is how you gain victory points. 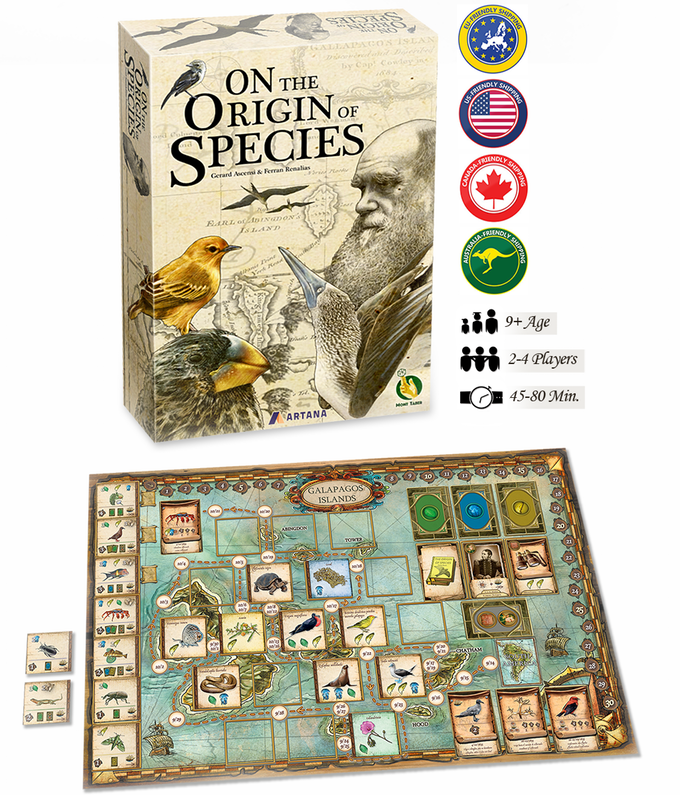 Capone: The Business of Prohibition 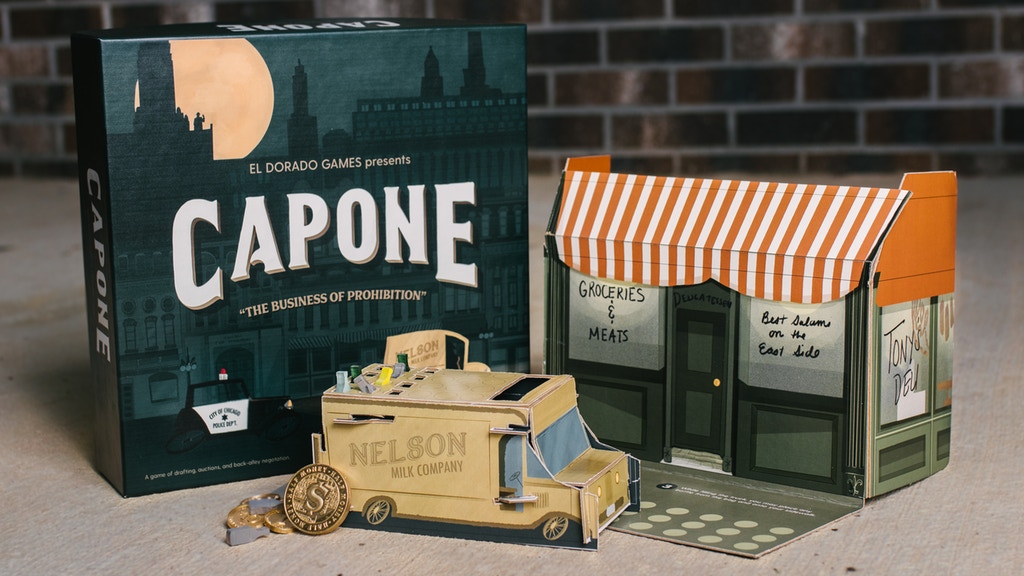 Here’s a fun fact: My great-great uncle or something was a rum runner for mobsters back in the prohibition era. He didn’t work for Capone, but you can! In Capone players are in charge of their own speakeasys. You’ll be bidding on booze and negotiating  with your competitors in order to fulfill your patrons orders.

I love the 3d elements of the player shields and the booze truck. They look beautiful and functional! I’m also intrigued by a game where there are no turns. Players can keep wheeling and dealing until the cops show up to raid the party. You can get the low down on Capone on Kickstarter here.