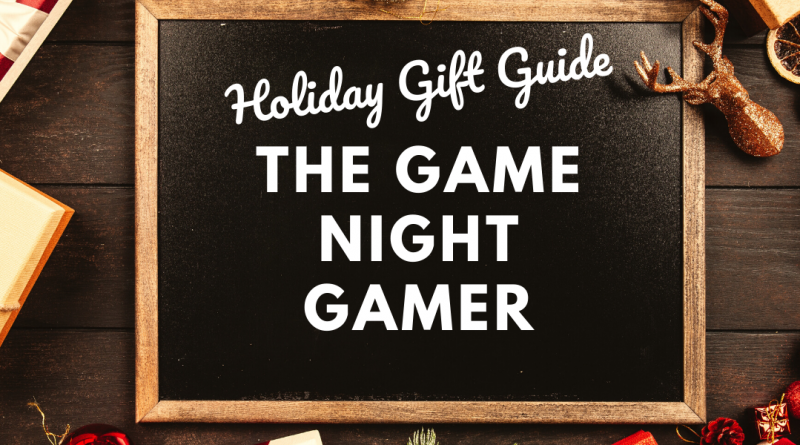 It’s the holidays, and that means your game night is probably a bit bigger than it usually is.  With family gathering and out-of-town friends arriving, you want a few games that accommodate larger player counts, aren’t too heavy on the rules, and can possibly be enjoyed after a libation or two (or three…).  So here are 5 suggestions for games you might want to bring to your next family gathering, or to pick up for that eternal game night host in your life! 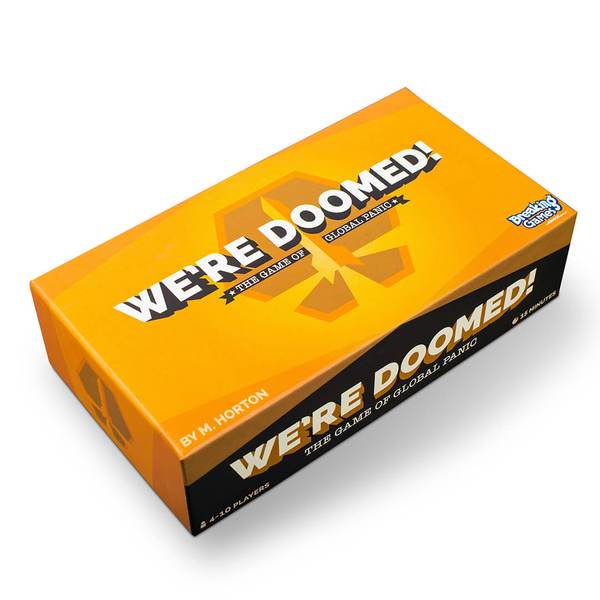 We may be doomed, but as long as you bring this negotiation/auction title from Breaking Games, your next game night isn’t!  In We’re Doomed, the players are all trying to bid, buy, and bluff their way onto a spaceship that the group is collectively building.  But there may not be seats enough for everyone…

We’re Doomed features variable player powers, voting, auctions, and the mother of all sand timers that will mercilessly count down as you try and amass resources and influence to both get the ship built, and to ensure you’ve got a spot on it.  But as the timer ticks down, negotiations are guaranteed to get tense, and it’s not entirely unheard of for players to nuke each other to make sure that they end up on the rocket off this dying world.  Perfect for fast-talking groups that don’t need a heavy turn structure for their fun, We’re Doomed is guaranteed to get people laughing…and probably yelling.

Nothing short of brilliant, there is a delightful simplicity to Just One.  The rules are easy enough – work together as clue-givers to help the guesser guess the correct word.  Each clue giver can only offer a single one-word clue.  But the catch, and where things get hilarious, is that before the guesser gets a chance to see the clues, the clue-givers have to compare clues, and any duplicates get eliminated, which can leave the guesser with precious little to go on – queue frustrated and riotous laughter.  So the challenge of this incredibly accessible game is coming up with clues that are unique enough that they won’t get erased, but descriptive enough that they will help the guesser get there.  Just One has become a party game staple, and will play fantastically with basically any group of players! 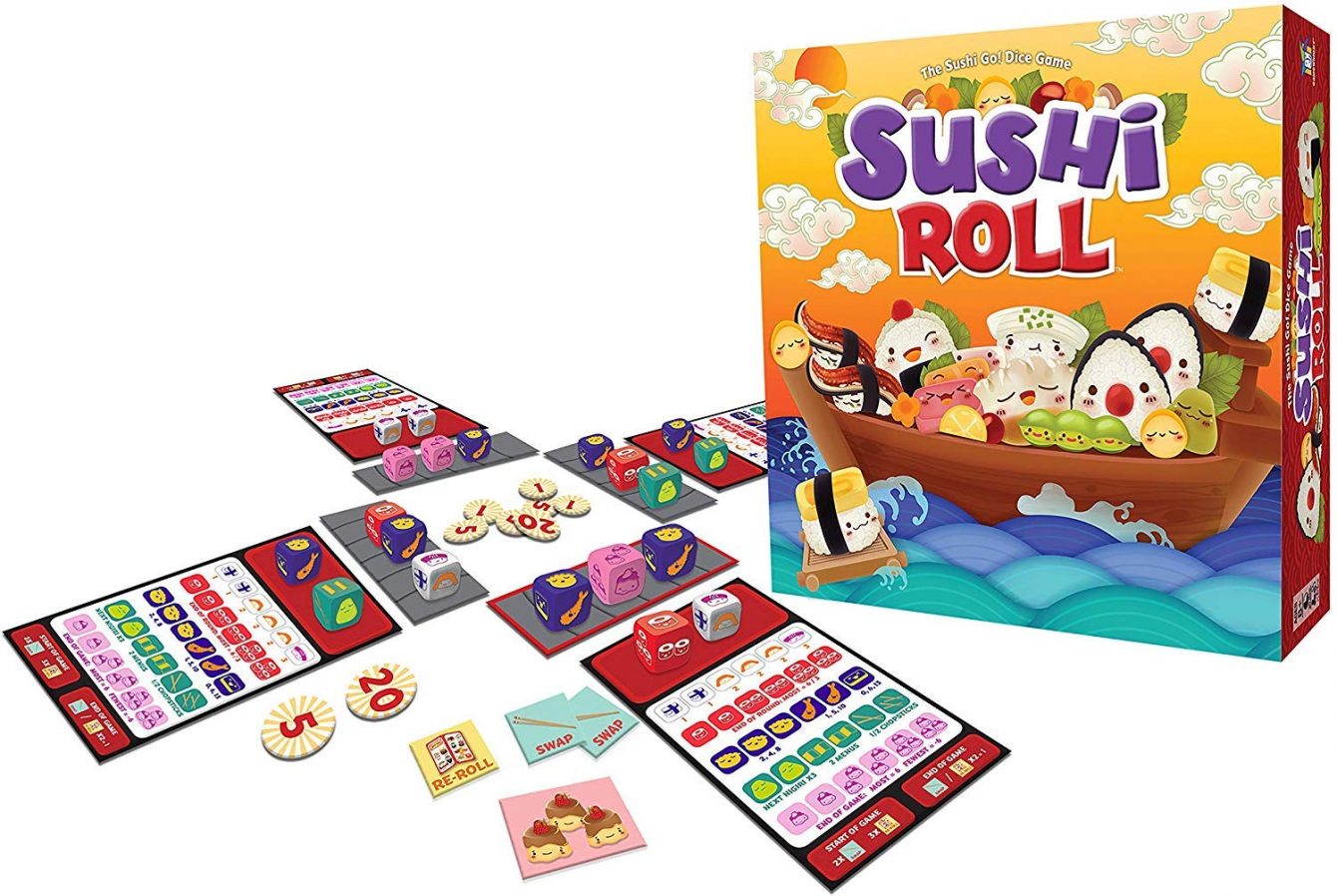 Sushi Go & Sushi Go Party are both fantastic drafting games, were players compete to eat the most delicious (point-rich) meal.  Well, Sushi Roll takes that concept, adds chunky dice, and rides it around the table on a conveyor belt of delicious points!  By adding dice to the Sushi Go formula, Sushi Roll makes it less about keeping track of cards other players are holding and more about making the best play you can, given the dice at your disposal.  Sushi Roll is a fantastically accessible game, and its presentation makes it great for game night!  Here’s a Game in a Minute to tell you more! 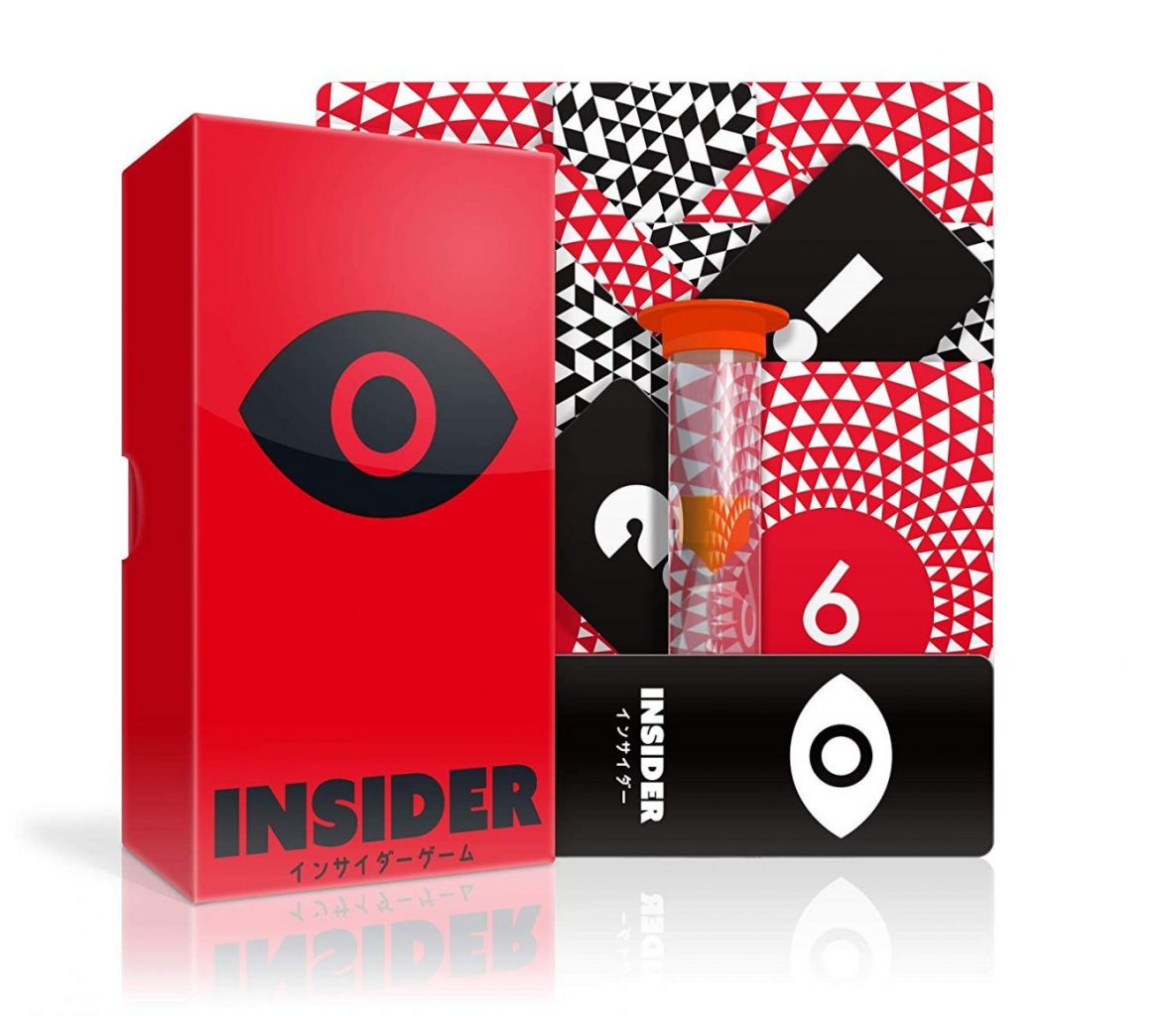 Insider, which comes in a tiny box (typical for Oink Games titles) is a really clever party game of deduction and misdirection.  Each round, a Master player will pick a word from the cards, and then secretly reveal that word to the Insider, whose identity is hidden to all.  Then, all the Commons (the Insider plus the rest) get to ask the Master ‘yes’ or ‘no’ questions, trying to guess the secret word.  If the group doesn’t manage to guess the word, everyone loses.  But the Insider’s job is to subtly guide the group towards guessing the right word, because if the group does guess the secret word, then the Insider wins…so long as the group can’t manage to deduce the Insider’s identity before the timer runs out (in which case everyone but the Insider wins)

Insider doesn’t feel like a typical ‘hidden traitor’ game because it is entirely cooperative; the titular Insider wants the same thing as everyone else at the table and so there’s zero sense of ‘betrayal’.  They just need to keep their identity secret while they do their job.  Unique, brief, and perfectly portable, Insider is a fantastic addition to game night! 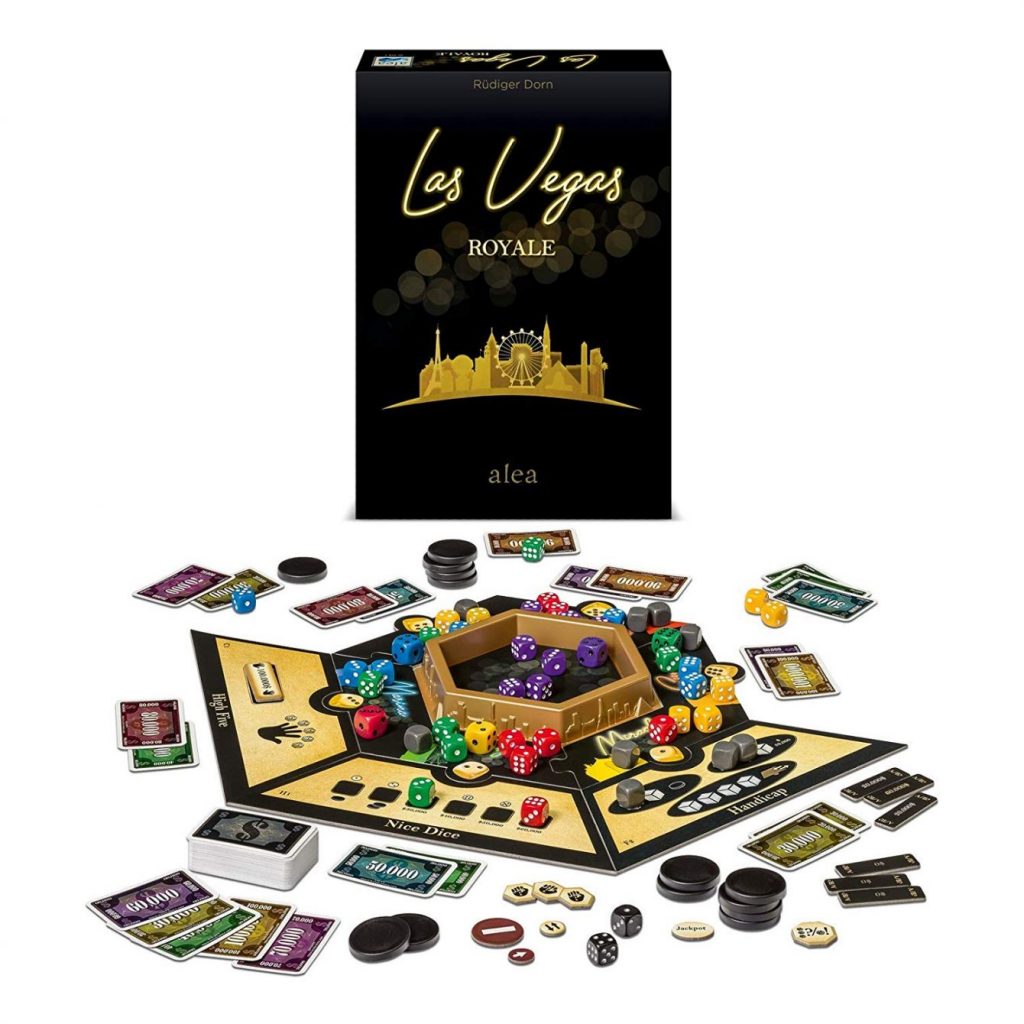 Las Vegas Royale is a fantastic game, managing to feel casino-like in its push-your-luck gameplay.  This newest printing of it, brought to the US by Ravensburger, adds a few modules from the difficult-to-find Casino expansion, adding even more variety to this already-excellent dice-chucker.  We consider the original to be a favorite big group game (it only gets more exciting as more players get added), and this edition’s 12 modular expansions can be added or removed to cater to any group’s taste, absolutely perfect for that next game night!

One thought on “Holiday Gift Guide: The Game-Night Host”