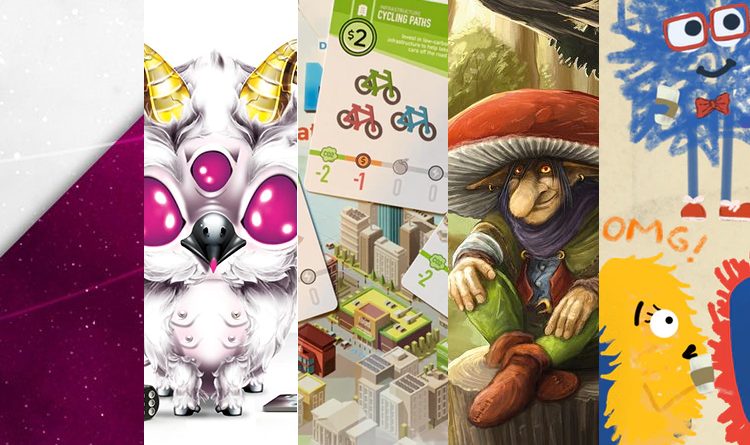 Jess
I’m home sick today, so I’m amusing myself with trying to find fun Kickstarters. Let’s see what I found: 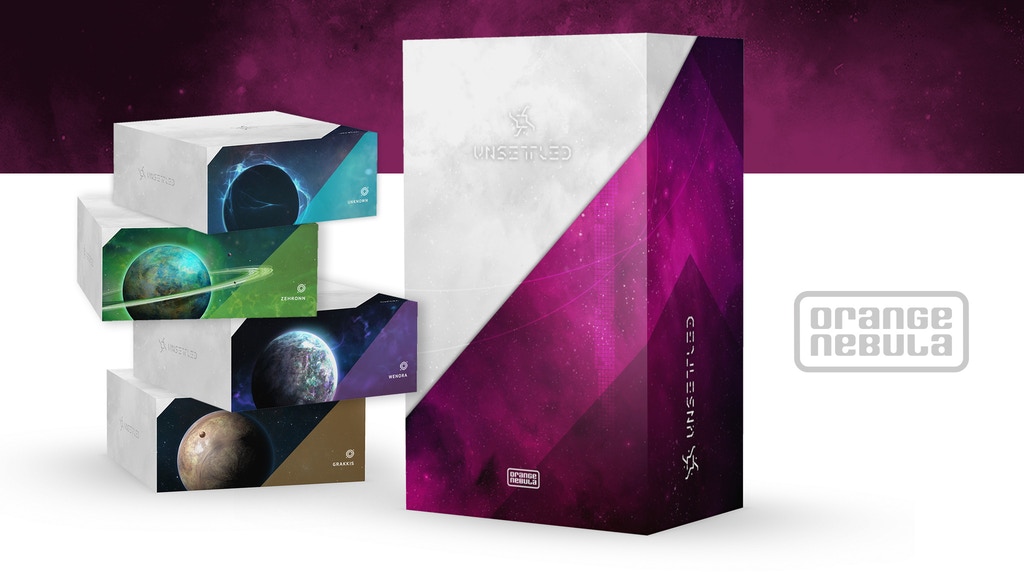 Unsettled is cooperative survival game where players are marooned on an alien planet and overcome the situation’s obstacles to find a way home. The tasks you will need to complete are randomized each time you play and each planet in the game offers different challenges. 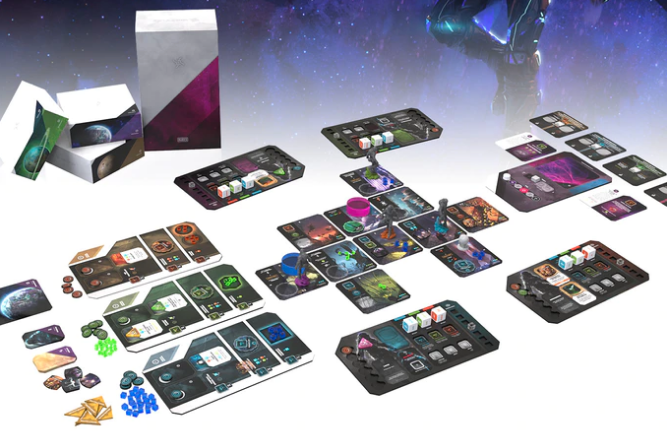 The game has an interesting character personality mechanic. Each character will have their strengths but also some weaknesses that will trigger under certain circumstances. With the varios character traits and multiple planets, it looks like there is plenty to explore in Unsettled  and the design for this game looks phenomenal. I love the stark box art, the recessed player boards, and the fact that each planet has its’ own GameTrayz insert. Learn more about Unsettled on Kickstarter here. 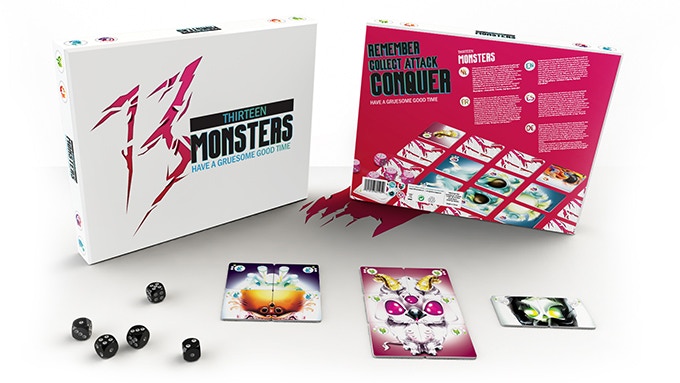 13 Monsters is a battle game where players must assemble monsters and attack each other. The twist is the monster parts are all face down. Each turn you’ll flip over 2 cards. If those 2 are from a matching set you can pull another card. once you have a top, middle, and bottom you can create a monster and attack your opponent. The monster you assembled will dictate how many times you get to roll the attack dice. Whoever rolls the highest total wins the fight and can steal a monster. 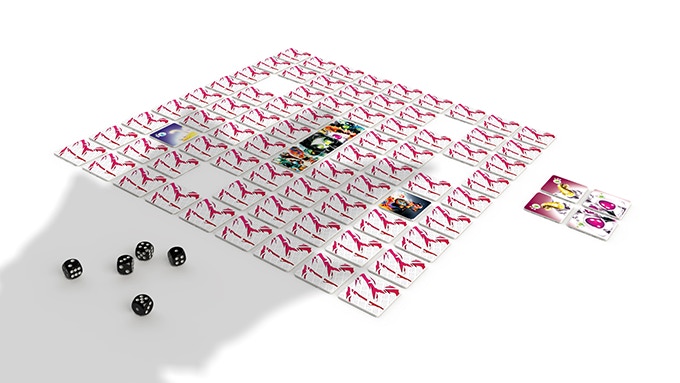 13 Monsters looks like a cute take on battle games as you never quite know what you’ll be working with at the start of the game. With some clever crafting you can create monsters that give you the special powers you need to win. Check out 13 Monsters on Kickstarter here for more info. 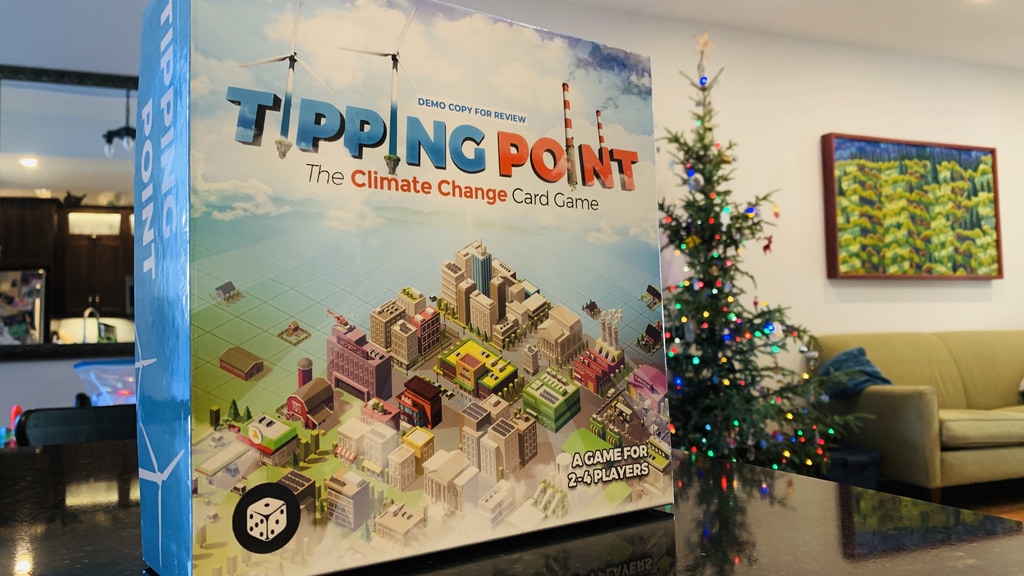 I like city building games and I’m intrigued by Tipping Point as it adds the complication of climate change to the mix. Players will be trying to grow their city’s populations while protecting it from extreme wether events. Each turn a new weather card will be drawn that will affect some or all of the players with the weather worsening as the CO2 levels increase.

I think it’s great that GameSmith, the team behind Tipping Point, emphasizes the games ability to assist teachers in educating students about climate change. While I don’t know how scientifically accurate the game is, climate change is an important topic and having a fun and engaging way to illustrate it sounds great. Find out more by visiting Tipping Point on Kickstarter here. 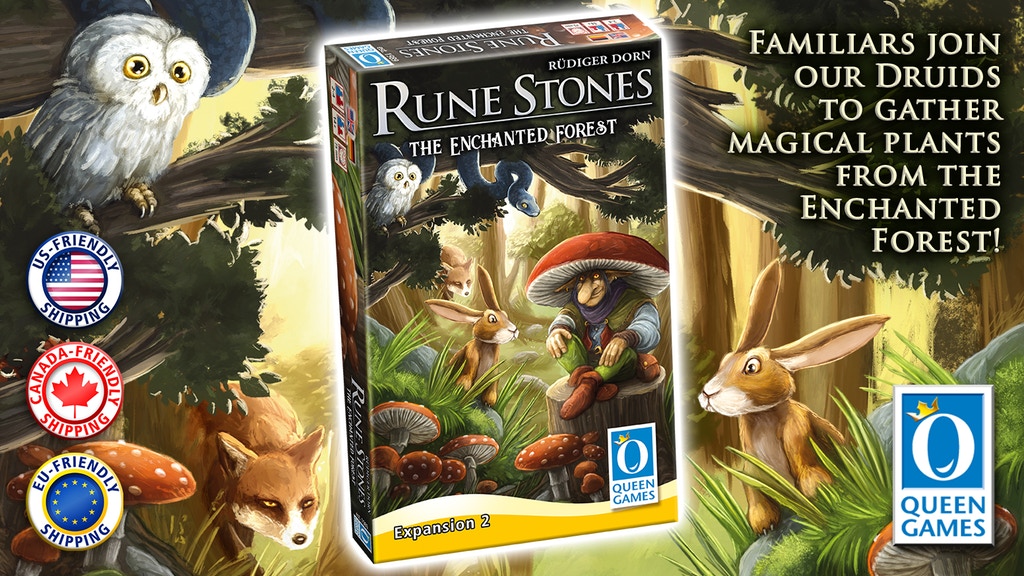 Rüdiger Dorn’s Rune Stones is a deck-building, hand management game about forging Artifacts to create Rune Stones. These stone give you powers throughout the rest of the game and the more artifacts you pour into them, the more powerful they get, so knowing when to save up or when create a stone is a pivotal part of the game. The Enchanted Forest expansion adds 2 new modules: Rune Influx and Familiars. 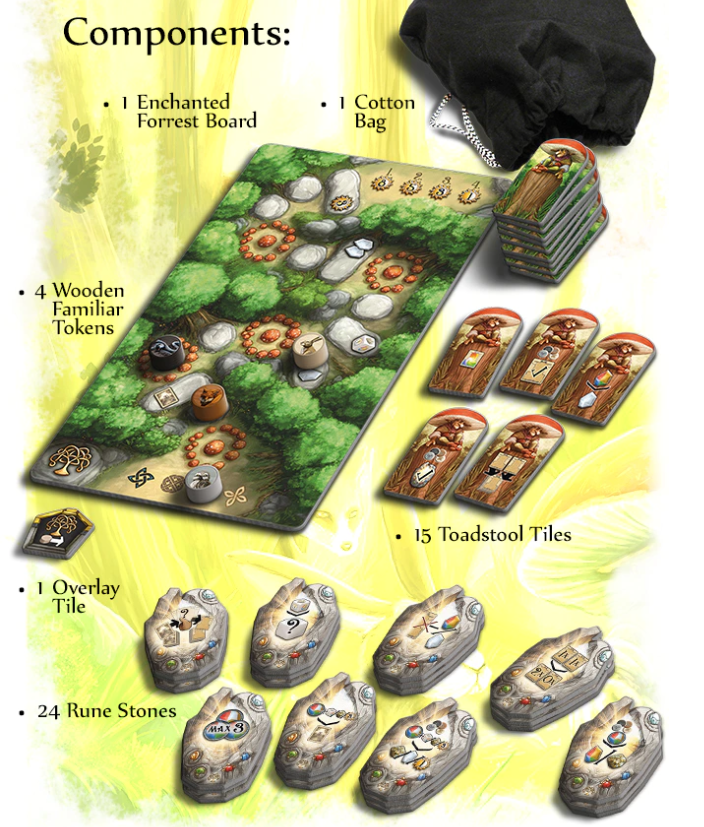 Rune Influx introduces 8 new rune stones effectively doubling the amount of stones in the game. Familiars adds animal assistants and an enchanted forest. You can send familiars into the forest for points and 1 time use abilities. it looks like Rune Stones: Enchanted Forest will add a lot more strategy to the game and I’m looking forward to seeing how it plays. If you don;’t have the base game or the other expansion,Nocturnal Creatures, you can also pick those up in one big bundle with this Kickstarter. Head on over to the Rune Stones: Enchanted Forest campaign to learn more. 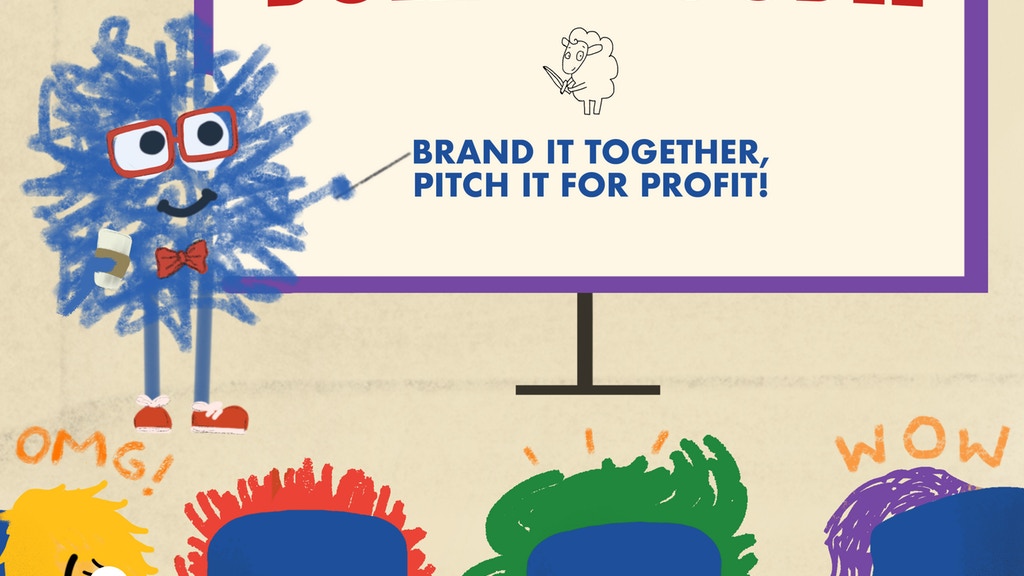 The Million Dollar Doodle is a party game about company branding. Each turn players will draw 2 Logo Component cards and must create a logo image for a fictional company based on these cards. Then, everyone passes their drawings to the next player and that person comes up with a name for that company. Drawings + company names now pass again to another player who will come up with that company’s slogan. Lastly, the drawing, name, and slogan will pass one more time to a player who will have to pitch the company to the other players. Everyone will secretly vote for their favorite pitch (they cannot vote for their own) and the pitcher with the most points wins. 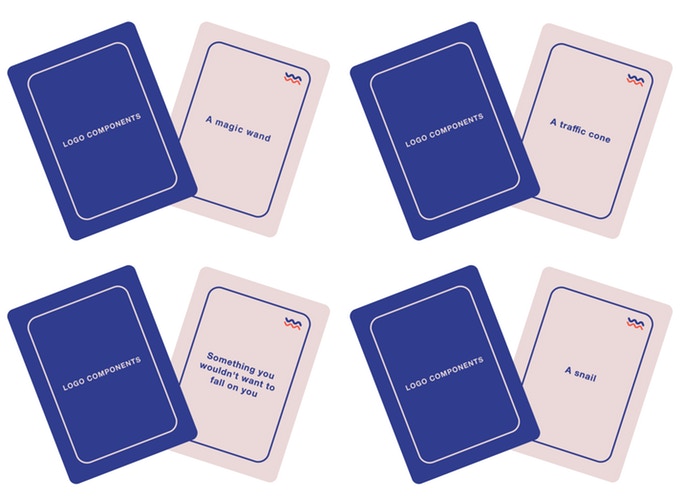 I’ve seen games that do this same kind of Telephone-style gameplay, but I like that the initial prompts are interpreted in a couple different ways, so everyone’s various talents can be put into play. Take a look at The Million Dollar Doodle on Kickstarter here for more info.