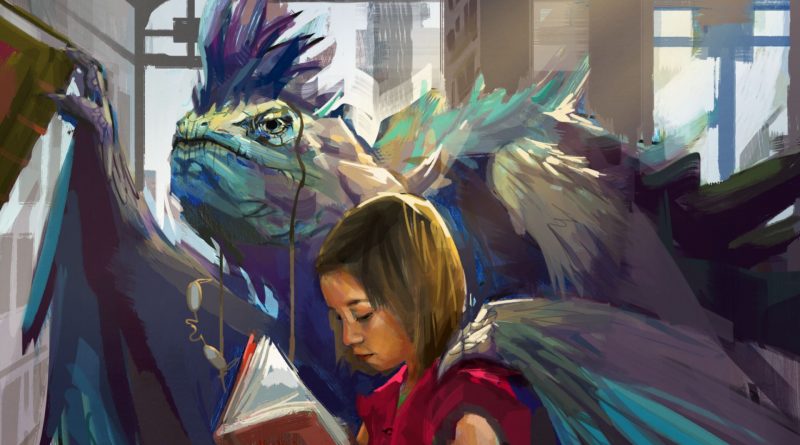 Overlight is Renegade Game’s unique roleplaying system that separates fantasy realms by color spectrum. Today, the company released an all new character in Overlight: Gromolus Three-Heads as part of the Seeds of Berkhan supplements. 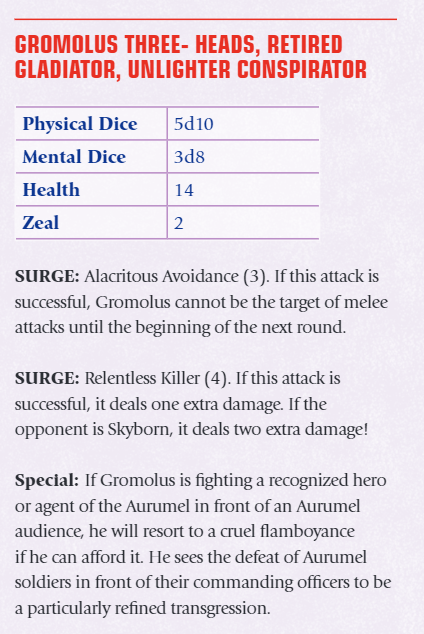 Long ago, the Aurumel Skyborn Gromolus Three-Heads was disgraced before the Houses of Veile after being convicted of the murder of both of his influential parents. They had attempted to commit Gromolus to the ranks of the ‘loyal’ Aurumel Skyborn, who rotted away within the Black House—a large and infamous circle of atrophied Skyborn that serve the more tyrannical Aurumel Houses of Veile. He could not bear this life-crushing fate, so he cut down his parents in their beds.

He ran to Haark, ill-prepared for such a journey, but he knew he could hide among the criminals there. During his self-imposed exile in the City Magnificent, Gromolus came to despise his House and the very skin he lived in. It was not long before he descended into fury and lost his mind, no longer considering himself Aurumel or Skyborn.

It was in this state the Unlighters found him. Realizing that this crazed individual’s hate could be yoked to help in their vendetta against the Skyborn, the cultists decided to capture this wayward soul.

You can get your hands on the full story and character stats, for print or web format on Renegade’s download page. All previous supplemental content from the Seeds of Berkhan are also available there.