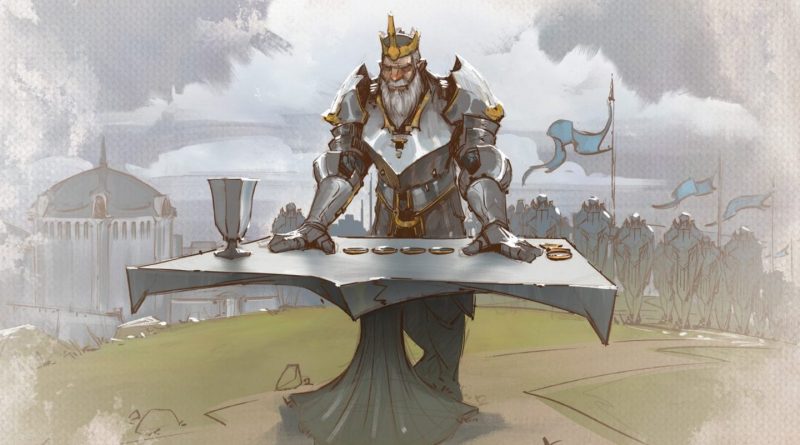 While best known for their wildly popular multiplayer online battle arena game, League of Legends, Riot Games is no stranger to board games. Three years ago, they made Mechs vs. Minions, a cooperative, action-programming game featuring impressive minis and fun gameplay.

According to the Riot announcement, the staff of the company are big into board games.

“We’re gamers. That means more to us than just video games. You can tell by the piles of board games, miniatures, and roleplaying books stashed around the office. So it was natural to explore what would happen if we brought the Riot perspective to tabletop games.”

Thusly the company has now formed a new division, called Riot Tabletop, which will focus on tabletop products. They have already settled on their next title, Tellstones: King’s Gambit. It will be a 2-4 player bluffing game based in the Runeterra, the world League of Legends is set in.

Riot Games says Tellstones: King’s Gambit will be a smaller, faster game than Mechs vs. Minions; making it accessible to more fans. They have not released any further info at the moment, except to say that Tellstones: King’s Gambit is not the only title they are working on. I was pretty pleased with Mechs vs. Minions so I cannot wait to see how their next tabletop endeavor comes out. You can learn more at riotgames.com/en/news/riot-tabletop