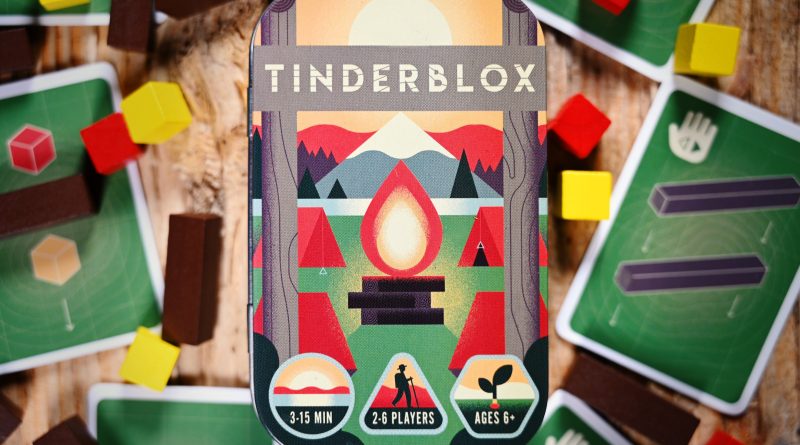 Both KITTIN and Tinderblox offer fun variations of dexterity/stacking games - one emphasizes speed, while the other emphasizes balance.  And both are super portable, easy to play, and being Kickstarted by Alley Cat Games!

Recently, Alley Cat Games (Pocket Pharma, Ruthless) reached out to us to let us know that they will be Kickstarting two games simultaneously – KITTIN and Tinderblox.  While both are dexterity/stacking games, I have to say that Tinderblox really caught my eye – the cover and card art are really attractive, and the prospect of having an ultra-portable, super-playable game to take anywhere is really, really appealing!

Jess
ALSO KITTIN IS A GAME ABOUT STACKING KITTENS AND COMES IN A TIN SO THE NAME IS ALSO A PUN AND I LOVE IT!!!
…


Well, none of that was unexpected.  But let’s do the formal Kickstarter Preview Thing for KITTIN and Tinderblox!

We were sent prototypes for this preview, with the understanding that we could request a final version of these games.  We weren’t otherwise compensated.

Some images sourced from the Kickstarter/publisher

Let’s start with the adorable KITTIN! 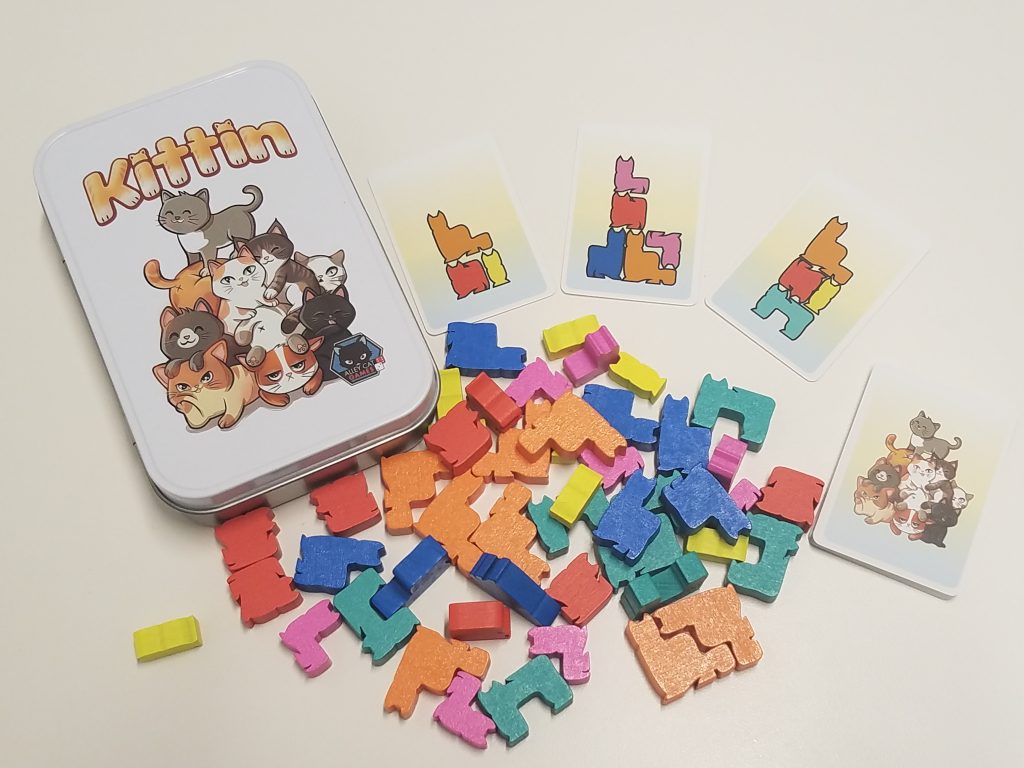 In KITTIN, players will race to be the, and I quote, chief KITTIN cuddler, and they will do this by stacking piles of uniquely-shaped kitten meeples according to the card drawn for that round.  As soon as player thinks their stack matches the card, they shout “MEOW!”, bringing the game to a halt.  All players check to see if that stack stacks up, and if so that player claims the card and a new round begins.  Should your kitten pile not exactly match the card, you are disqualified for the round, and play continues until someone manages to claim the card.  Gameplay is repeated until one player manages to claim 3 cards, at which point they are the winner! 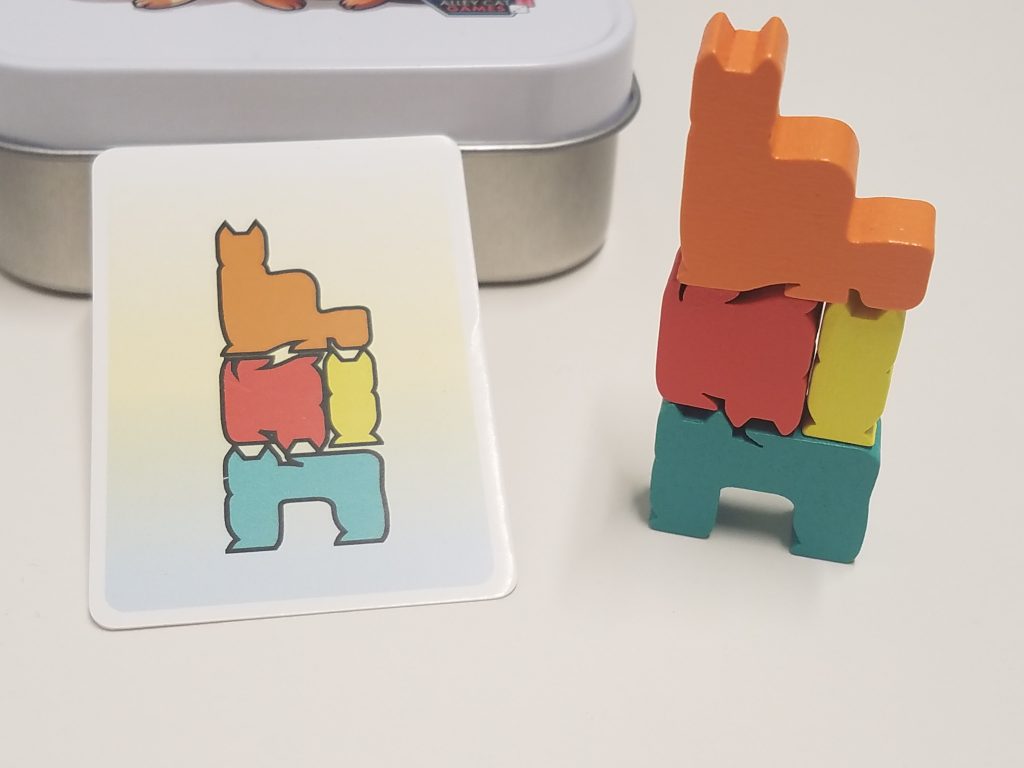 Jess
So let’s just get right to it – KITTIN is a light and breezy speed stacking game that comes with adorable cat meeples and can be played absolutely anywhere you have a flat surface. I love it!

Andrew
Honestly, I do to (even though you constantly kick my butt at it). It’s so simple but so fun, and the portability is a huge selling point for me.

KITTIN can play a rather huge number of players (8!) if you use the team-based ‘Frantic Stack!’ rules.  But no matter your player count, if speed stacking kittens sounds like your idea of fun (and if it isn’t, we invite you to give it a try anyway), then KITTIN will be a must-have for your collection.

Andrew
Stacking kitties is all well and good. But let’s take a look at a game that’s less about frenetic action and more about balance and control.

Jess
By which you mean a game you’re way better at?

In Tinderblox, players are scouts entrusted with the task of building a campfire, and you will compete to be the safest firestarter in the group. 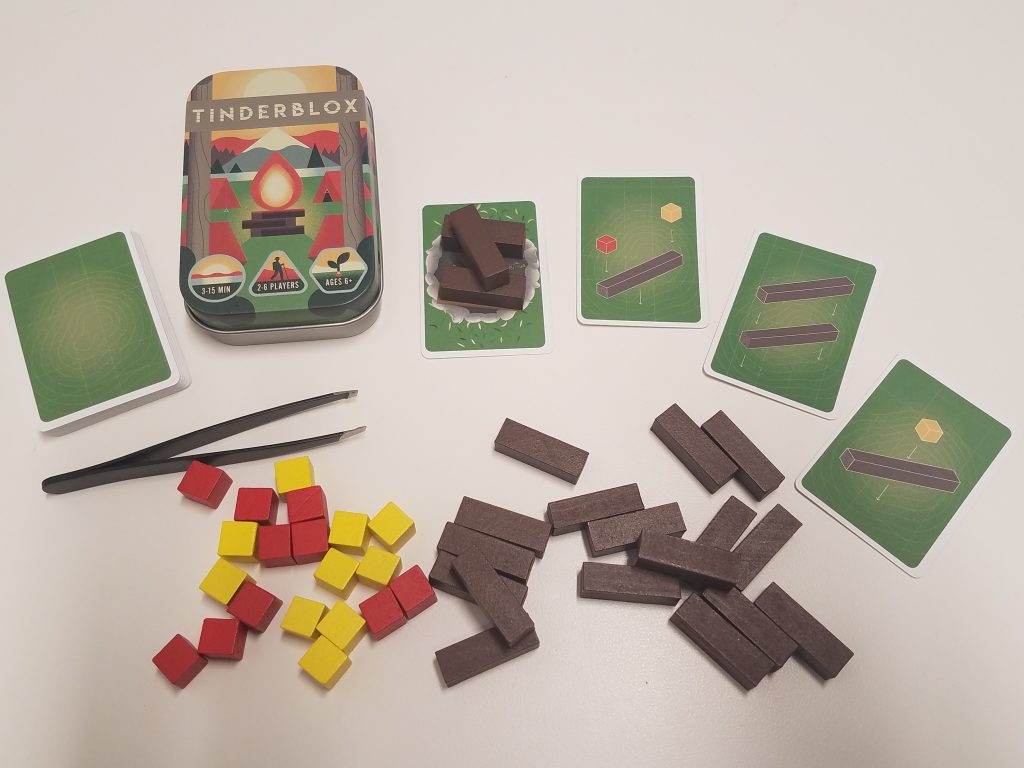 Whereas KITTIN is a real-time, frantic race, Tinderbloxis much more puzzly.  Each turn, the active player will draw a card and arrange the cubes to match and then (and this is the best part) must move their entire assembled stack of tinder onto the campfire.  That’s right – you’re not adding cubes one-by-one; you’ve got to move and balance whatever pile you’re making all at once.  And as the fire gets more and more pieces added to it, finding a safe landing zone for your stack of cubes becomes a greater and greater challenge! 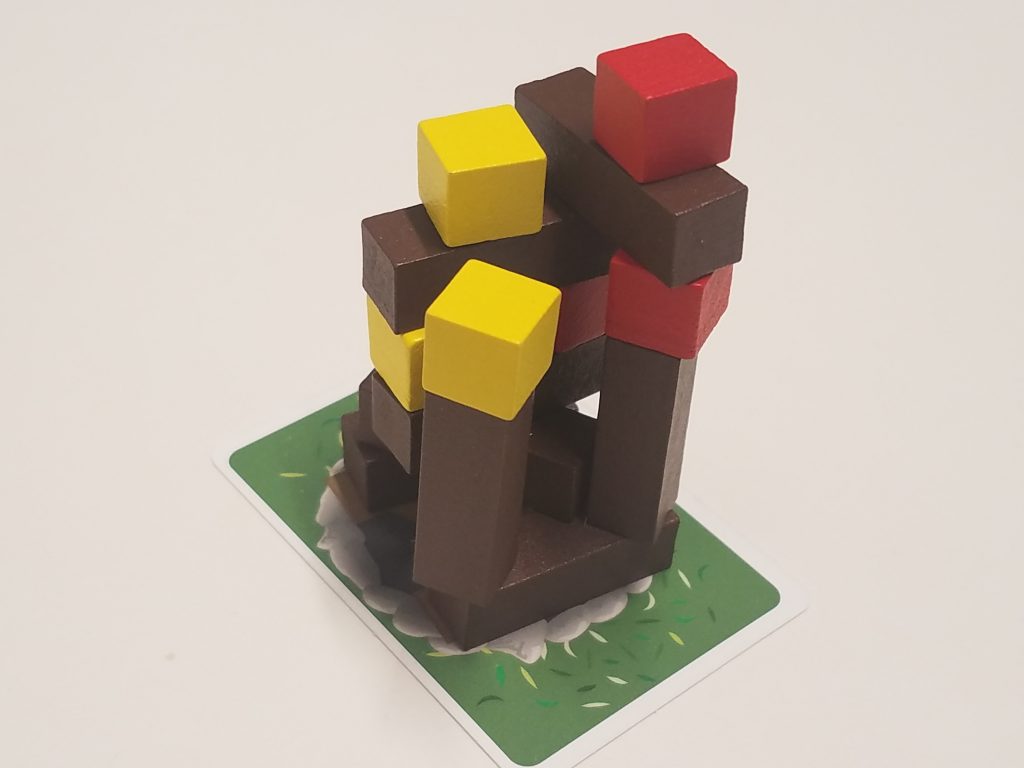 Adding to the challenge is the fact that players can only manipulate cubes with the tweezers included in the game.  And not only that, but some cards indicate that the player will have to use whichever is their weaker hand, giving a clear advantage to the ambidextrous but dramatically increasing the difficulty for those of us whose off-hand may as well belong to another person. 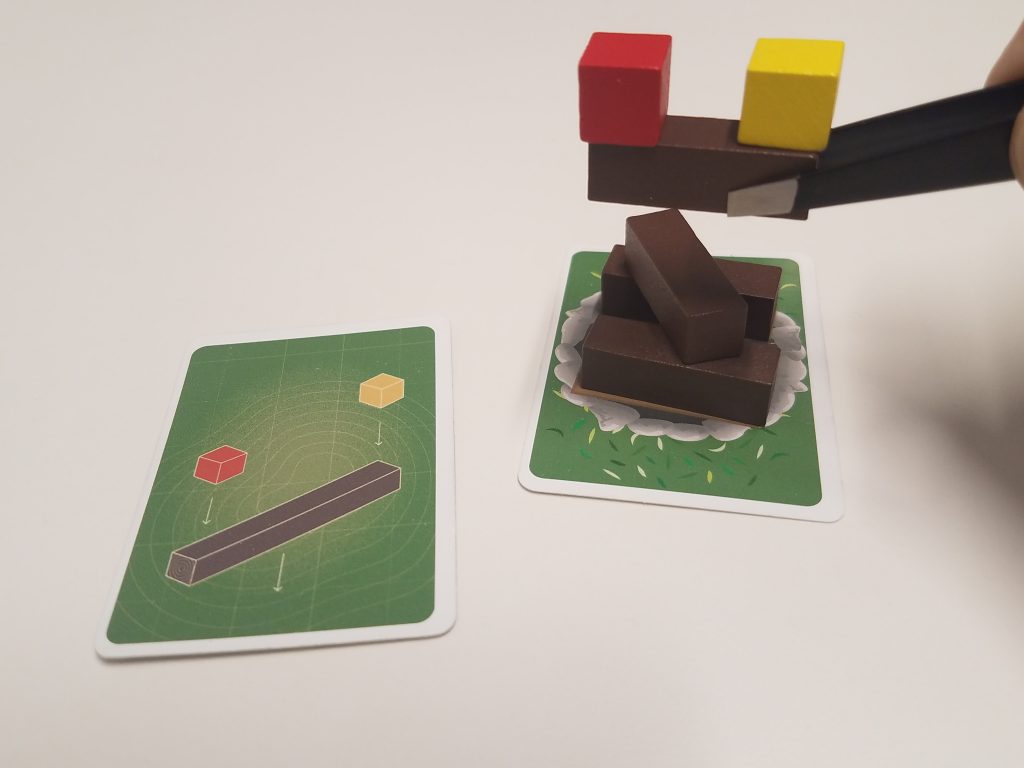 If a player drops, knocks over, or otherwise ruins any part of the fire, then they are eliminated, along with whatever cubes they have knocked down.  As soon as all but one player is eliminated, the remaining scout is the Chief Kitten Cuddler!…I mean Winner!

Andrew
So, aside from the fact that I’m better at it than KITTIN, Tinderblox is more my kind of dex stacking game. The challenge here is about having a steady hand, and I love the impact that the tweezers have, further separating you from the pieces. And again, just like with KITTIN, you can take this one anywhere you’ve got a flat surface to play on.

Jess
Yep, Tinderblox is great as a portable game, especially since, unlike KITTIN, you don’t necessarily have to make a lot of noise while playing it, so it’s probably more appropriate for quieter settings.

So there you have it – two dexterity stacking games in tins, both providing a slightly different take on that sort of gameplay.  Jess & I certainly have our favorites between the two, but both of them are fun, light, and really great on-the-go games.  We definitely recommend checking out the KITTIN/Tinderblox Kickstarter, and possibly grabbing yourself some tin-enclosed stacking fun!