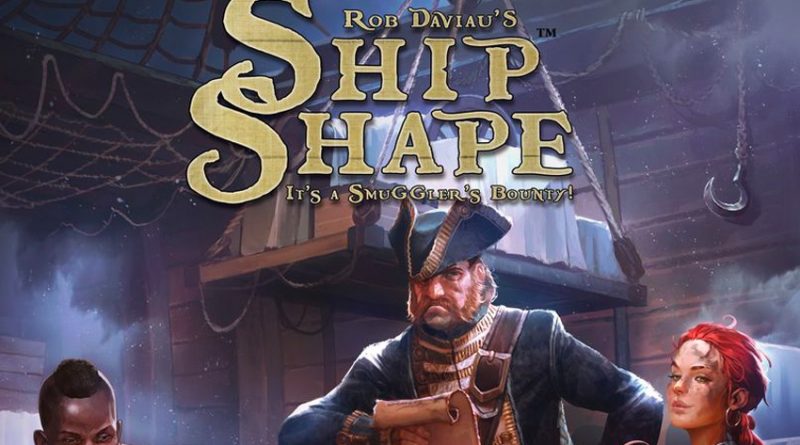 ShipShape is an auctioning game with clever component design, where pirates will bid on loot to add to their ship hold while trying to earn the most points they can.

You know those reality TV shows where people buy the contents of locked storage units without really knowing what’s inside?  Ever wonder what it would look like if we basically had that, except the people doing the buying were pirates and the contents were cannons, gold, and rats?  If so, good news!  ShipShape is definitely the game for you!

Andrew
So what exactly do you think are the chances that someone will hit that criteria?

Jess
The internet is as vast, deep, and frightening as any ocean, my dear 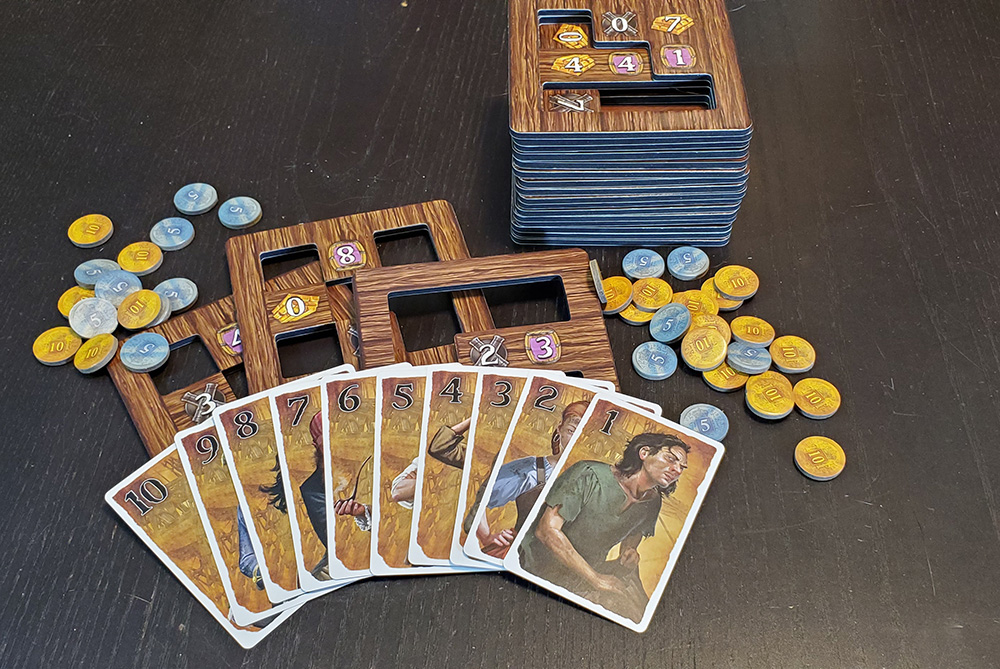 We got a copy of ShipShape for our consideration and possible review.

In ShipShape, you’ll be looking to score as many points as possible, and you’ll do so by snagging as much gold, cannons, and contraband as you can manage to stuff into your ship’s hold.  Over the course of 3 rounds, you and your fellow pirates will bid on crates to add to your hold.  Adding crates strategically is the key to winning, because you only score symbols that are visible once you’re done adding crates for the round.

Jess
Oh and while you’re at it, you should probably use your crates to cover as many of the rats in your hold as possible – those suckers are worth negative points! 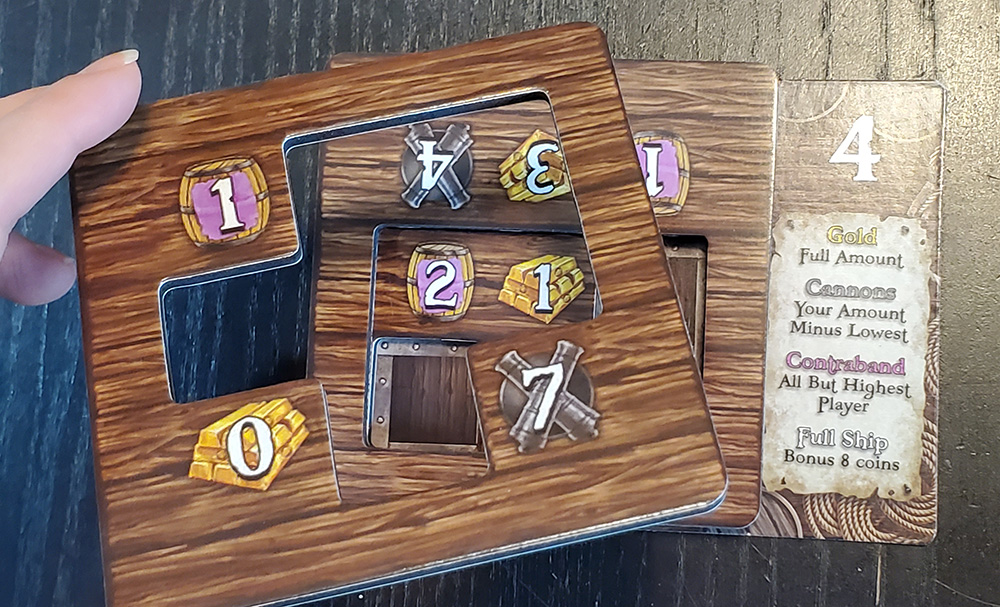 The neat thing about these Crate tiles is that they have sections cut out so that, when stacked, you can see some items from the tiles that lie underneath. You’ll be bidding on tiles in the stack, so having some clues as to what items are on which tiles is important. 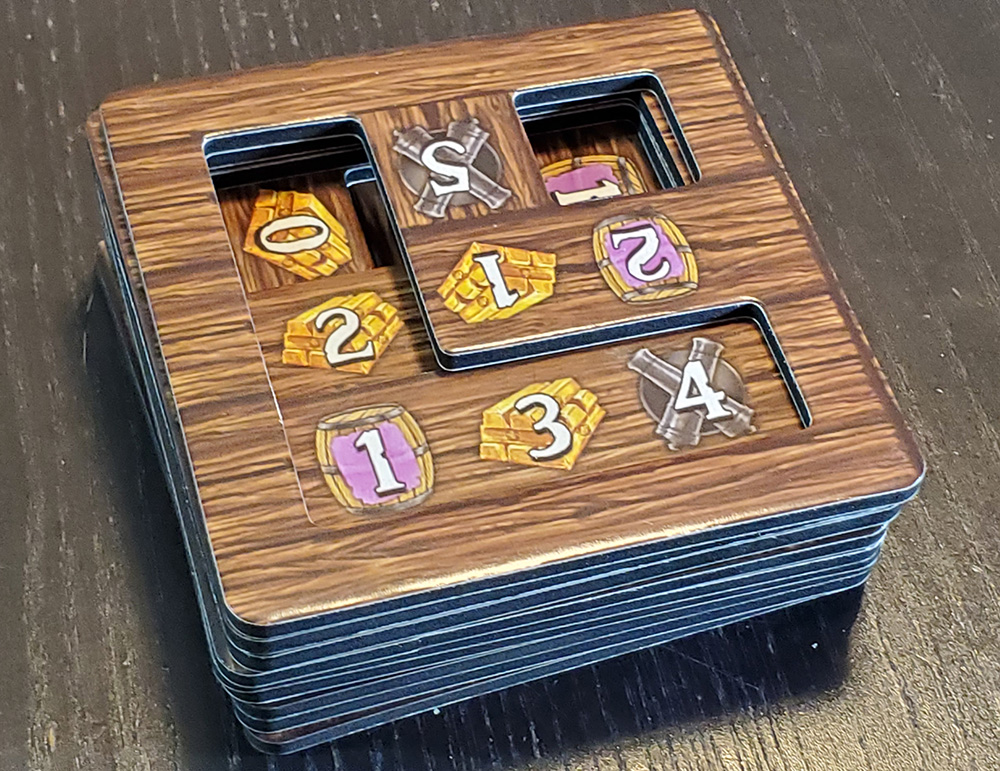 During a round, players can peer into the crate, but cannot move any of the tiles. As I said before, you want gold, cannons, and contraband, but you will only ever be able to take 3 tiles per round, so the shape of the tiles is also key as you want to cover as much of your hold as you can with these valuable objects.

Adding to the strategy is that each item scores a little differently. Gold gets added up, but you’ll have to subtract any rats from its value, because who wants rat-covered gold?  You’ll get points equal to the value of your cannons minus the lowest cannon value at the table, which keeps the arms race going between players. You’ll get points equal to your contraband value…unless you have the highest amount of contraband. If you’ve got the most contraband the Royal Navy confiscates it and you get no points for it.

Andrew
I love how these three simple scoring mechanisms give you just enough to think about when you’re strategizing about which tile you want to add for the round, and how you might orient it in your hold for maximum gain. 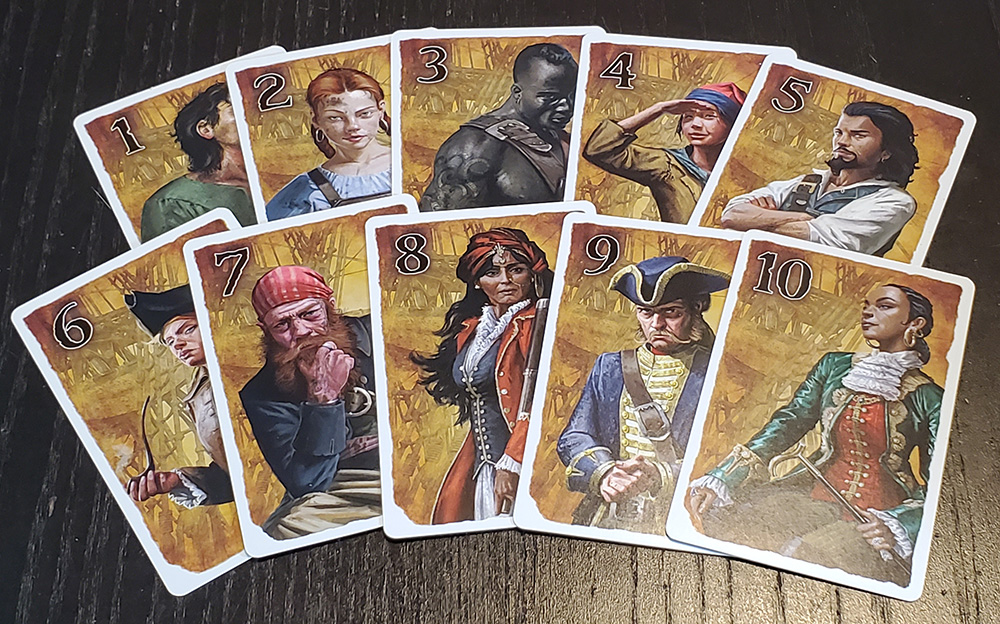 The bidding is simple. Each player has a hand of Crew cards numbered 1-10. Everyone will simultaneously pick 1 card and reveal it as their bid. In order from highest to lowest value, players will then take a Crate tile. Depending on what’s on the crate tile, you may not want to have to take the top one and so you don’t always want to play your highest card. 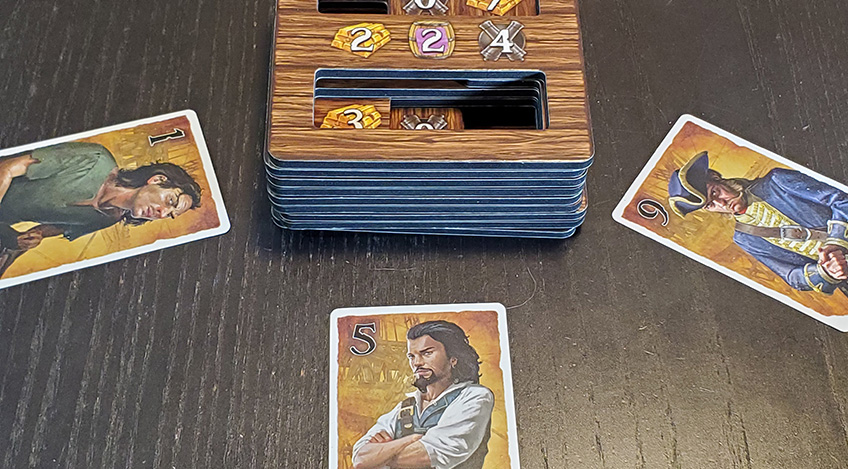 Jess
ShipShape has a lot of really accessible strategic moments. It doesn’t have a lot of fussy rules and it plays really smoothly. We don’t really love bidding/auction games, but we had fun with this one!

Andrew
For sure! And the component design is really clever. The cut-aways in the tiles isn’t just a gimmick but really makes the game work, and the fact that they are made of foam-core rather than stock means they’re actually incredibly light-weight, which is a good thing considering how many of them come in the box.
Overall we enjoyed ShipShape – it’s well-made, easy to play, and has strategy without being too bogged down in fussy complexity.  Between the great presentation and clever mechanics, it’s definitely worth checking out!
[amazon_link asins=’B07KGJJH6Q’ template=’ProductCarousel’ store=’gameosity-20′ marketplace=’US’ link_id=’2ace3750-b2ff-465c-8abe-19a2f8fee3e6′]