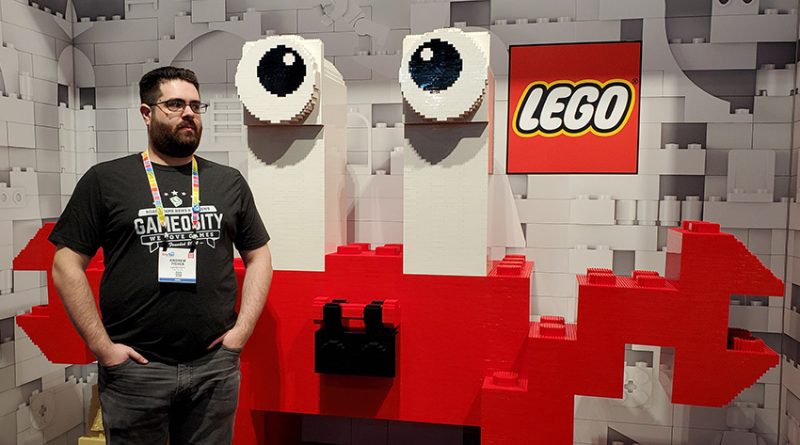 Every year, Gameosity attends New York Toy Fair – it’s a somewhat unique convention in a lot of ways, and since it’s in New York (where we’re based), it’s a great opportunity to get a different perspective on our hobby.  NYTF is an industry convention with no public access, meaning that there are less crowds and everything is much more business-oriented.  For us, NYTF gives us a space to chat with people outside the hectic energy of other conventions, and to see games that likely won’t hit the market for well over a quarter.  On the flip-side, it isn’t a con for playing or even buying games (unless you’re a retail outlet buying by the pallet), so we don’t usually walk away with armfuls of new things to review.

Jess
I will *never* turn down a Pusheen hug! But onto some highlights from the convention!

As always, this year’s NYTF was a firsthand look at a lot of brand new and upcoming releases. Asmodee’s booth was one of the biggest board game-centric booths (our hobby is dwarfed by the presence of toy giants like Lego, but hey, we’re there for the cardboard).

They had a bunch of new stuff to check out like the upcoming 3D Catan, which we had never seen a retail release of before. The pictures we took were of an advanced prototype (the pieces didn’t fit together perfectly yet, but they’re actively working on it).  Perfect for superfans of this massively popular title, this version features 3D terrain, resource bits, and a truly deluxe table presence.

Spicy is a bluffing game by Győri Zoltán Gábor about three big cats that fought a lot. One day they decided to have a hot spice eating contest instead of fighting, which is probably a more sensible way of settling their issues.

Agatha Christie: Death on the Cards is a release from last year where players work together to solve a mystery, but one player is secretly the murderer working to keep themselves hidden.  As classic social deduction games go, it looked very well-made and portable, with great art.

Decipher is a fascinating word game where you must use shapes to create letters that you can then use to solve a word puzzle in the most literal interpretation of ‘word building’ gameplay we’ve ever seen.

Forgotten Waters is a new pirate-based Storybook game from Plaid Hat which will should be coming out Q3 of this year.  We’re super psyched for this one, as Plaid Hat’s other Storybook titles have been really interesting and engaging!

Over at HABA, we took a peek at  Hedgehog Haberdash, Animal Upon Animal Holiday Edition in a sweet tin, and Color It, a roll and color game.  HABA always delivers on colorful, cute games with nice table presence, but I particularly love how Hedgehog Haberdash has you helping baby hedgehogs use leaves to act as their quills.  They’re adorable!

Among their other titles, Devir Games had a copy of Paris: La Cité de la Lumière to check out and I’m really intrigued by it. In the game you are building up Paris; first laying the streets and then adding buildings. Those double layer building tiles are cool and the whole game takes place inside the framework of the box.  It’s neat!

We also spotted a crystal encrusted Monopoly game that just kind of blows my mind. I mean really? Does Monopoly really need that much bling?

We saw some fun stuff for Thames and Kosmos like The Crew which comes out in English in March (and was the talk of PAX U last year). We also saw a cool 2 player game called Aqualin where one player is moving and adding tiles to make sets of colors and the other player does the same for shapes. The Andor line is getting a quicker-playing card game called The Liberation of Rietburg about defending a castle from monsters and an incoming dragon, and this looks like a fantastic jumping-on point for people who may not have tried Andor. And of course, we’re also really excited for the new Exit titles!

We’re excited to see IELLO (via their LOKI imprint) has a new cooperative game for kids called Kraken Attack. Players must protect the ship from the approaching Kraken and its tentacles. Another upcoming title is Break the Code – a deduction game where players are trying to guess a code faster than their opponents. Every player has a set of numbers which can help decipher the code, but you can only learn more about the target numbers by asking specific questions. The questions are randomly determined by drawing cards, letting you learn the position, number, and color of the target code number. Break the Code looks like it’s going to be a really challenging game, but fun for anyone who loves puzzles. They had a couple of other titles which we couldn’t photograph but they look awesome. My favorite was Flying Goblin, which is a dexterity game where you literally catapult goblin figures into a castle to steal gold, build little towers, and activate thieves!

Of the many titles we got to see, one that we can’t wait to get our hands on is Blue Orange’s Animix. It plays similarly to Arboretum but is based on jungle animals; each of which has a different scoring rules, and the gameplay centers around manipulating the center display of cards so that the cards you have a majority in end up being the cards that score the most points. The game is very quick to learn and play. Each turn you can either play one of your cards face down into your scoring area or replace a card in the tableau with one of yours and add the card you replaced to your pile. Either way, you will only score the cards in your pile if you have the most of any particular animal. We really enjoyed the game we played of Animix and are excited to see it release this spring! 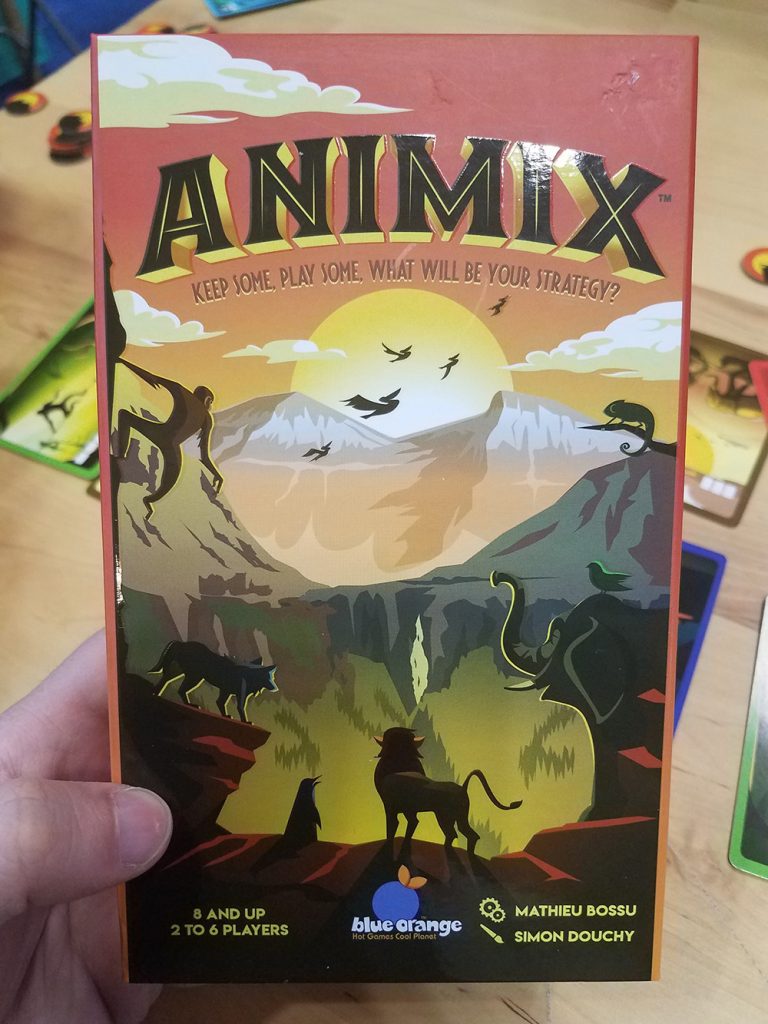 We had a really great time at Toy Fair this year, but now we have to gear up for PAX East this weekend! Ack! Life sue is a whirlwind this time of year. In the meantime, which of these games are you excited for? Do you have any questions about them we didn’t cover here? Let us know in the comments below!