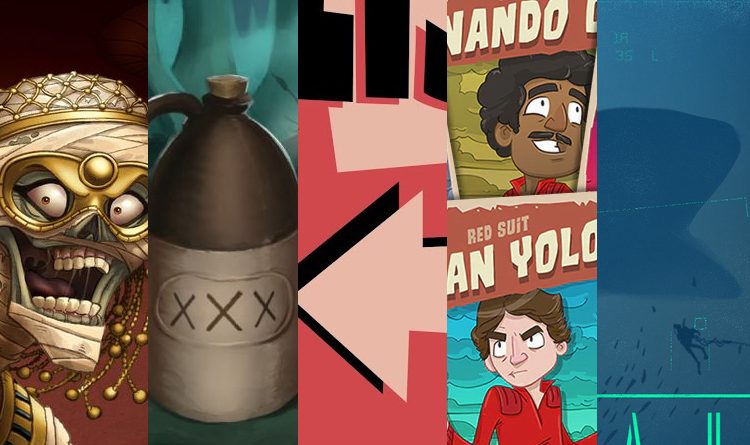 Jess
Friday is here at last! Let’s do that thing where we check out what’s hot on Kickstarter this week!

Night of the Mummy 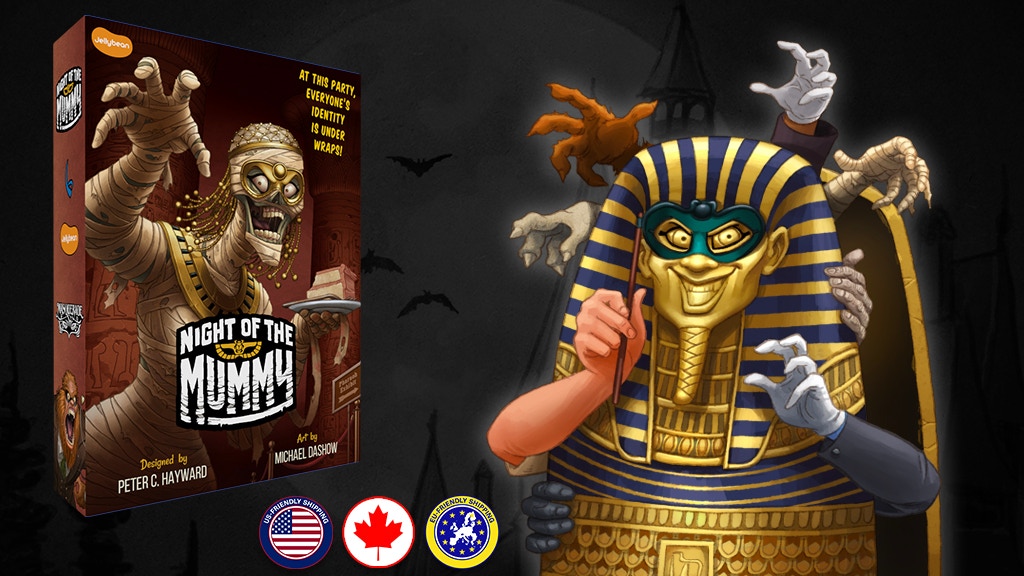 Night of the Mummy is a standalone expansion to Dracula’s Feast: New Blood; a quick-playing, hidden role game. In Night of the Mummy, 4-8 players will be given a random role of a classic monster like Dorian Grey, Gargoyle, Sasquatch, and more. On your turn you have 2 options:

You’ll continue gathering information this way until someone decides to Accuse. They will need to correctly identify all players. If they cannot, their role is revealed and the game continues. 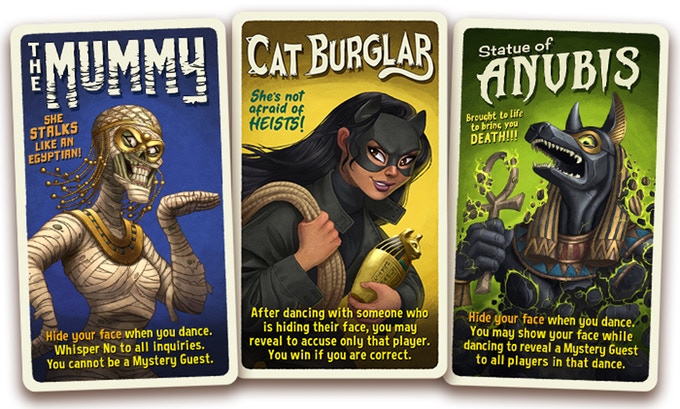 I like that Night of the Mummy is light and fast. This is the perfect type of game for teaching players about the hidden role genre or to play with kids. You can combine it with Dracula’s Feast: New Blood to add even more fun. Check out Night of the Mummy here on Kickstarter. 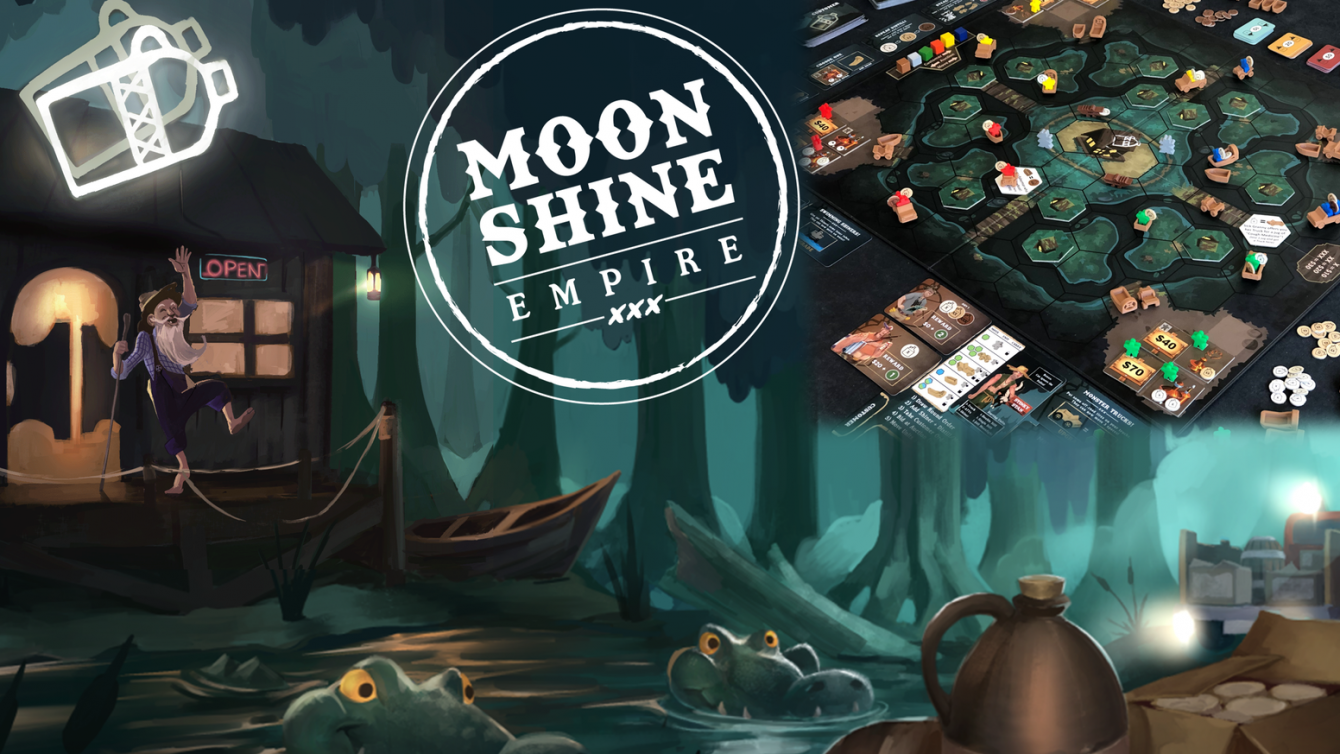 Pappy is looking for someone to take over his moonshine empire. Prove you have what it takes to be the top moonshiner in the swamp by distilling your moonshine, completing challenges, avoiding the cops and gators, and delivering to Pappy’s tavern in this resource management/engine building game. 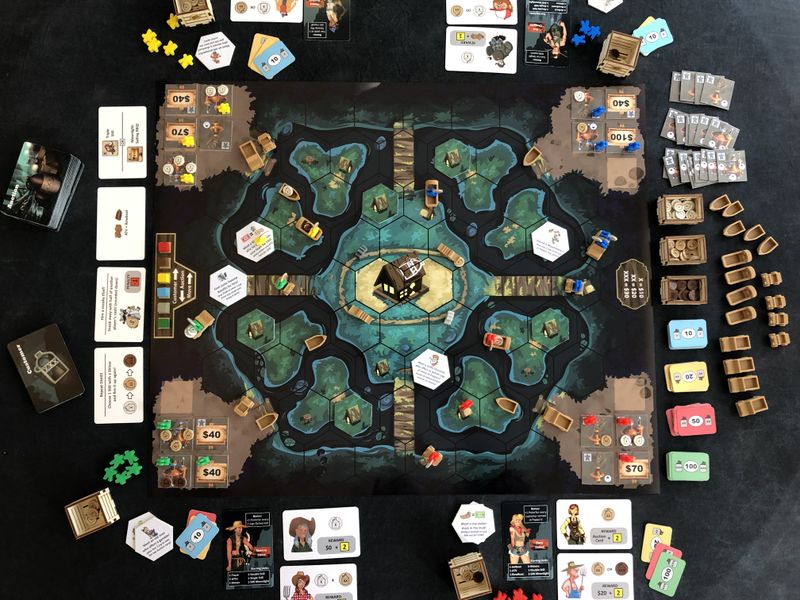 I’m not usually a big fan of games with auction mechanics, but I kinda love that in  Moonshine Empire what you are really doing is bribing Pappy during the auction to get first pick of the items up for grabs. Learn more about Moonshine Empire on Kickstarter here.

Listicle: A Game of Categories 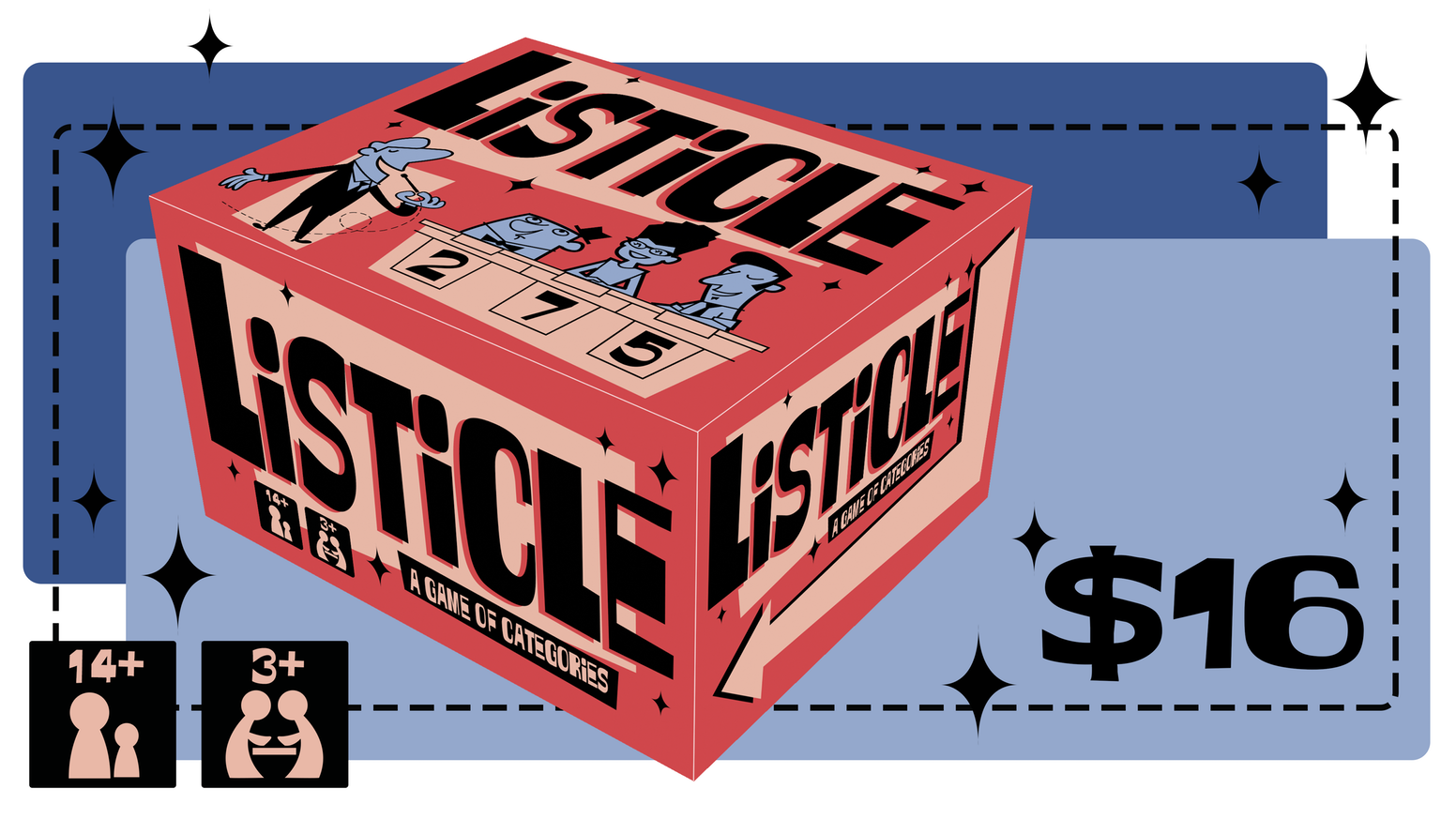 Listicle is a the kind of party game that you can play anywhere, anytime. The game can be played two different ways. The first will have 1 player announce the category listed on a card and then everyone else can bid a number. If they bid the highest they will need to list an amount of things relating to the category equal to the number they bid. The second way to play has the player reading out the examples listed on the card and adding their own examples and the other players must try to guess the category. 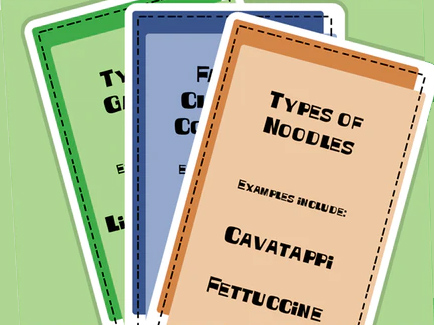 Listicle isn’t reinventing the wheel here, but I like the simplicity of it. You don’t need a table to play and players can dip in and out of the game as they please, so you never have to worry about interrupting the game to go get more chips or hide from your social anxiety (taking a break from parties for a few minutes it totally acceptable in our home). It can be a great game to take on road trips or to break out at your next get together. Learn more about Listicle here on Kickstarter. 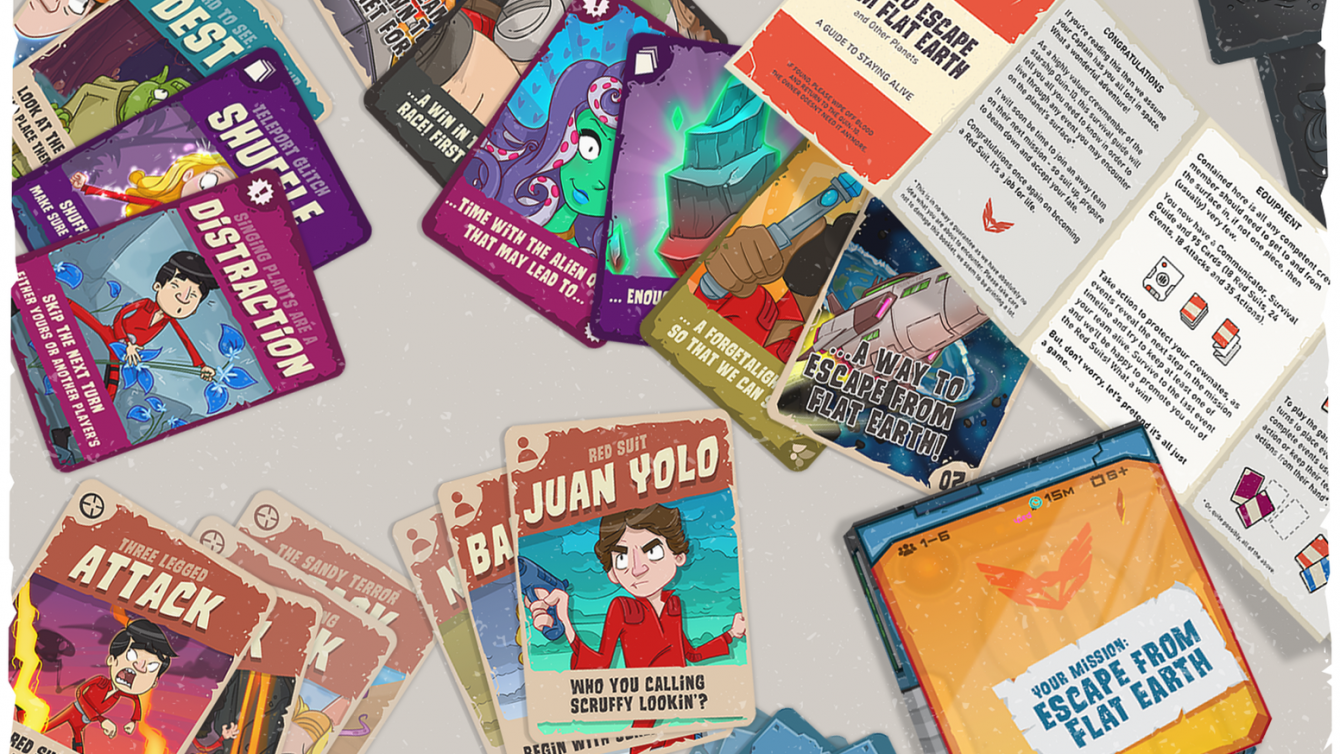 Ah, red shirts; the future’s fashion indicator for a shortened lifespan. In Escape from Flat Earth, you and your friends have donned your best red shirts and beamed down to an alien planet. Players will start the game with 3 crew members (hit points ) and a hand of event and action cards. On the table will be a timeline card which indicates how many event cards must be played to reach the end of the game. Each turn you can play actions and events from your hand and then, at the end of your turn, you must take a card from the draw pile. If you draw an attack card you will lose a team member unless you have an action that can circumvent it.  If you manage to survive to the last event, the first player to place a crew member on the event wins. 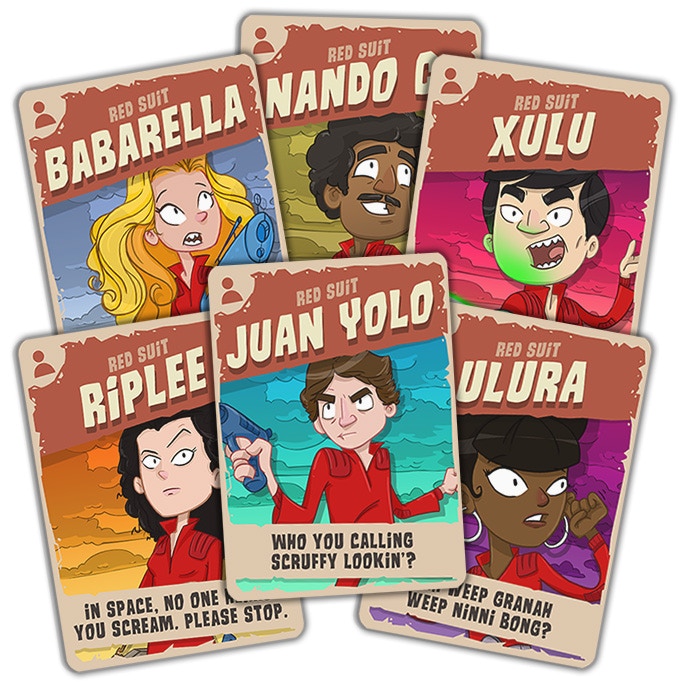 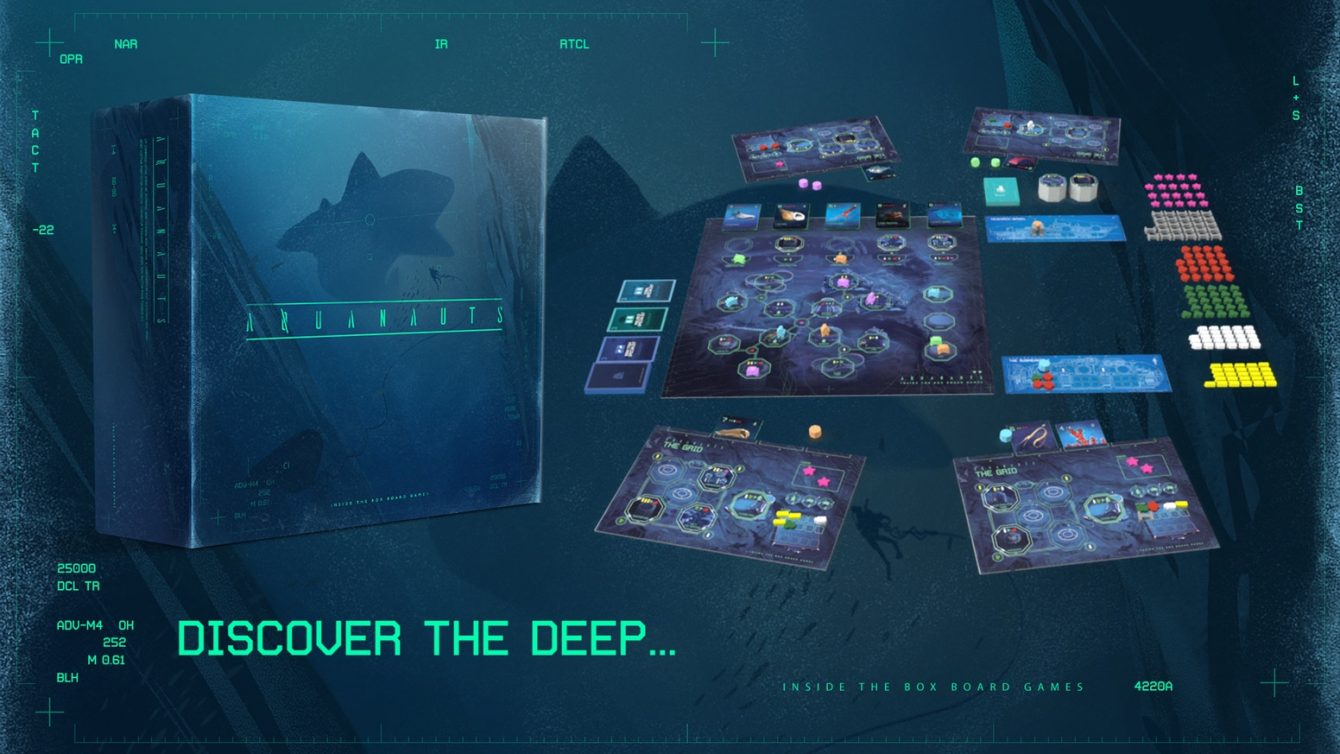 Aquanauts is a worker placement/engine building where deep sea researchers (aquanauts) are exploring the depths of the ocean. Though you share a underwater base with your fellow aquanauts and can gain benefits from working near them, it is your goal to gain more kudos, by completing public objectives, thank anyone else. you’ll need to send your workers out to collect resources, build new facilities, and to ship out samples in your submersible. 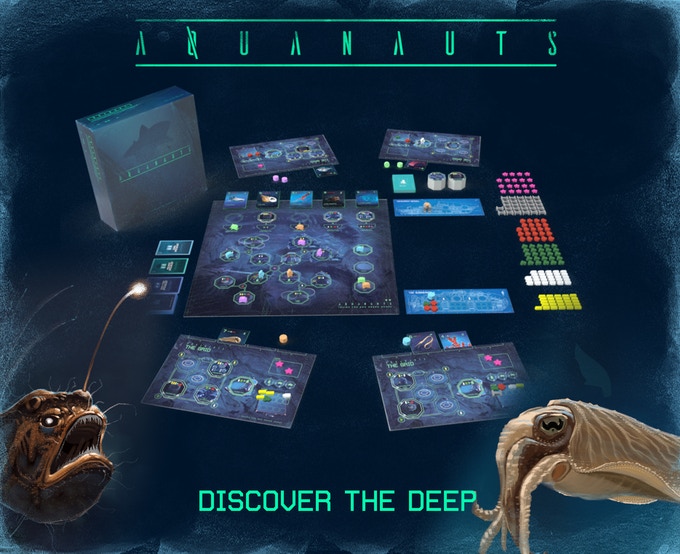 Aquanauts seems like it will hit all of the right notes for a worker placement game for me. I like that each player has their own laboratory board which can be upgraded over time to make your research more efficient, while you also gain bonuses from working near other players on the main board. You can submerge yourself in the Kickstarter for Aquanauts here.