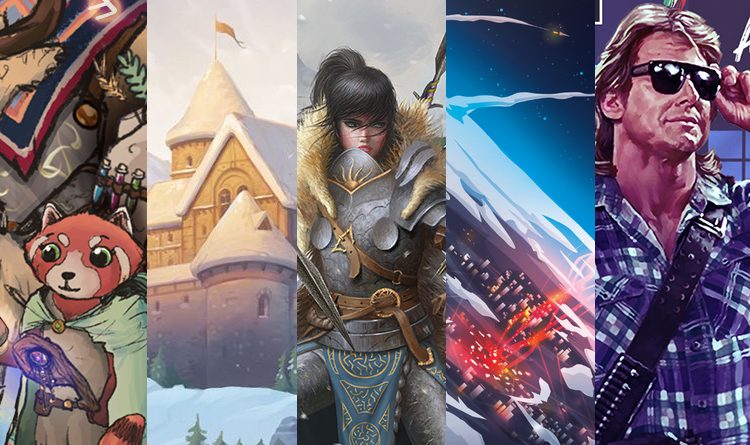 Jess
Friday fun has arrived again! Let’s dive on in to those Kickstarters! 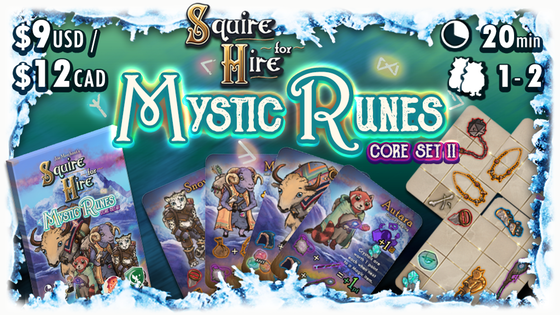 Squire for Hire: Mystic Runes is a standalone follow-up to Squire for Hire; a game about assisting an adventurer in carrying their loot. In the game you must carefully arrange the loot in your pack to fill it with the highest scoring items. In Mystic Runes you will find runes which can manipulate items in ways like getting rid of junk, allowing you to place items beneath others, and transforming items into anything you want. 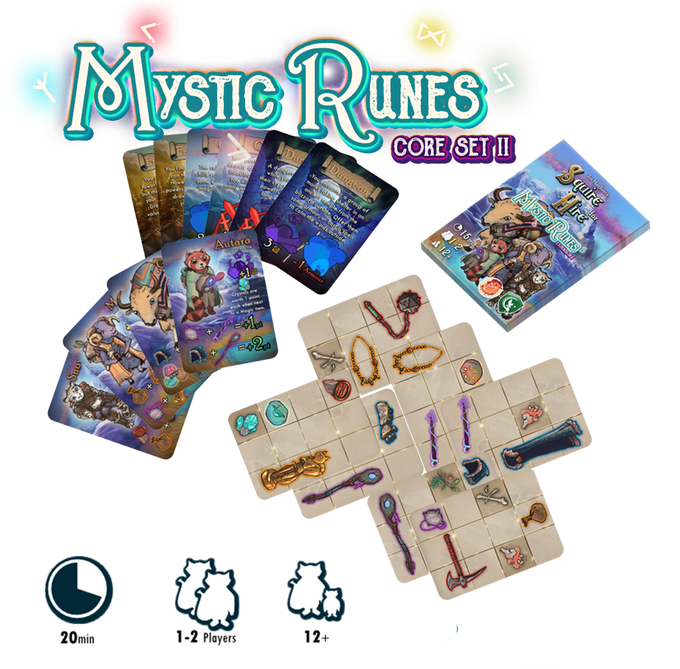 Squire for Hire: Mystic Runes is another 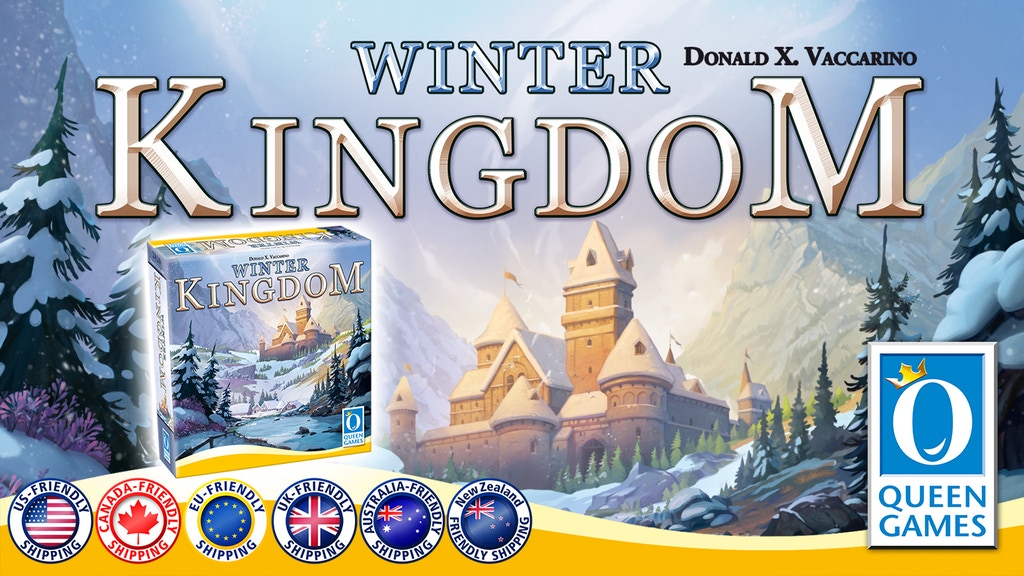 Another standalone sequel on Kickstarter right now is Winter Kingdom from the Kingdom Builder line. Players need to expand their kingdom by placing houses and forts on the map, upgrading their buildings, and playing ability cards. Each game will have different scoring conditions, so you need to plan your placements carefully. Once one player runs out of buildings, the game ends, and the player with the most points wins. 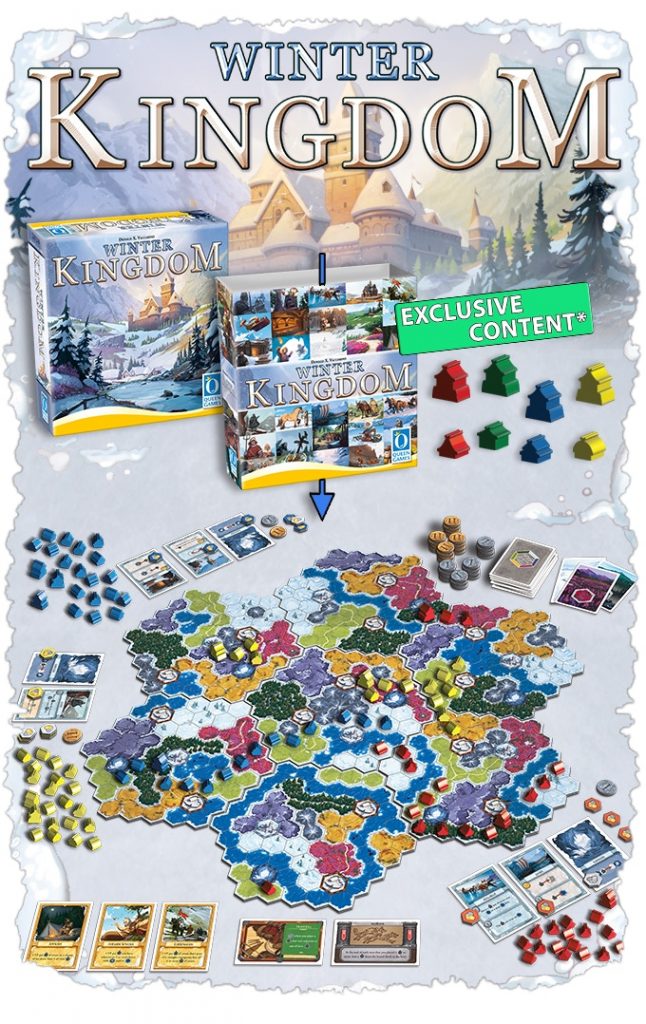 Winter Kingdom differs from the original Kingdom Builder as it introduces two new elements: Coins, which can be used to buy abilities, and twist cards, which change up the rules for every game. I really like that Winter Kingdom brings so much variability to the table. I feel like that will give me more excuses to play it as I’ll want to see how the different combinations will change gameplay. Learn more about Winter Kingdom here on Kickstarter. 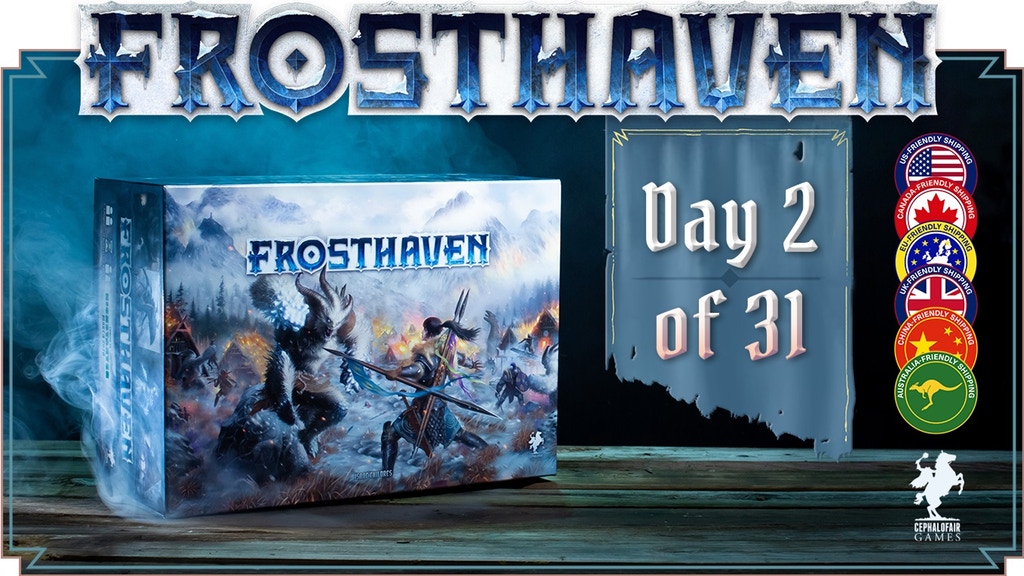 Sticking with the winter theme, we have Frosthaven, the sequel to Gloomhaven. Set in the far north at a small outpost, Frosthaven tells the story of a group of mercenaries struggling to save their settlement from the environment, monsters, machines, and other deadly troubles. This new standalone adventure adds sixteen new characters, three new races, over twenty new enemies, tons of new items, and a 100-scenario campaign. It also adds new mechanics dealing with seasonal events, mysteries, and new ways to progress. 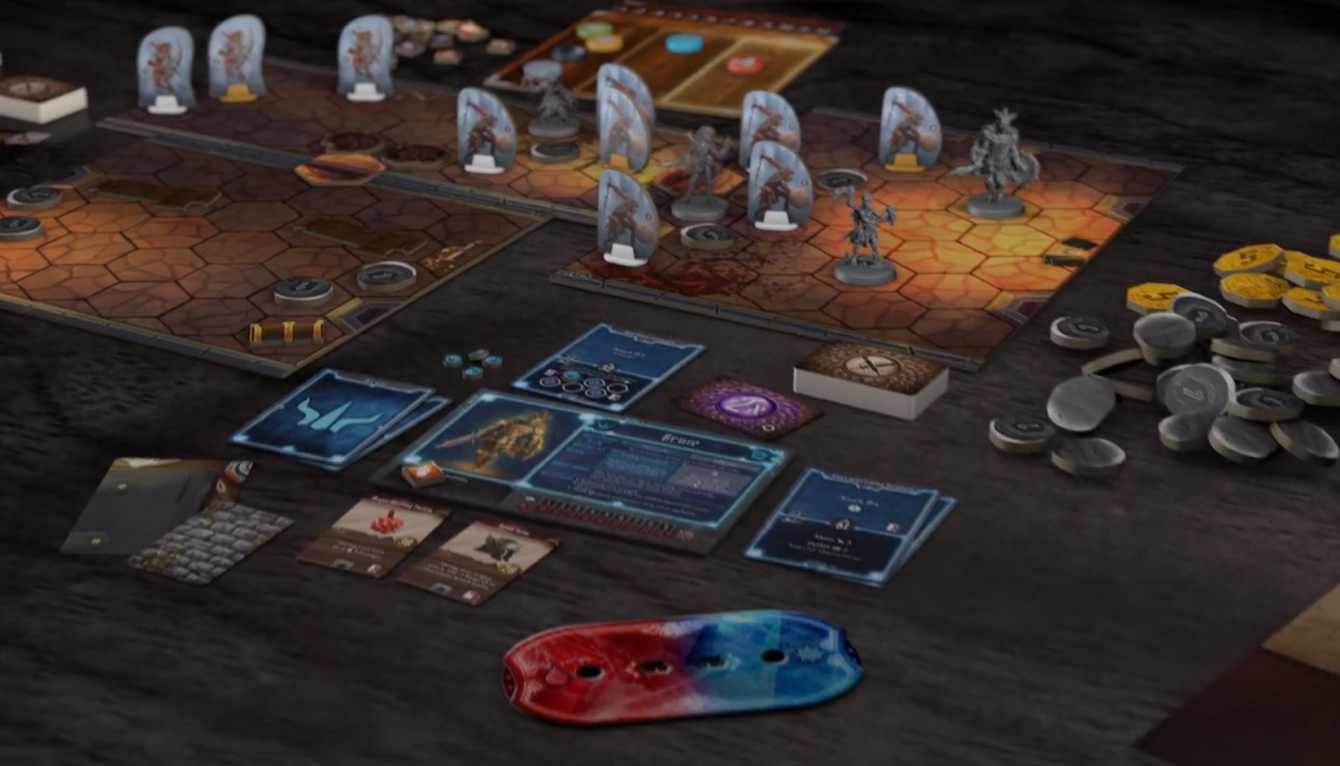 I’ve tried Gloomhaven and sadly had a hard time getting into it, but the game is super popular and for many it is a fantastic and challenging adventure. From the sound of it Frosthaven takes the lessons learned from designing Gloomhaven and runs with it; creating an even more immersive and exciting experience. Check out Frosthaven on Kickstarter here. 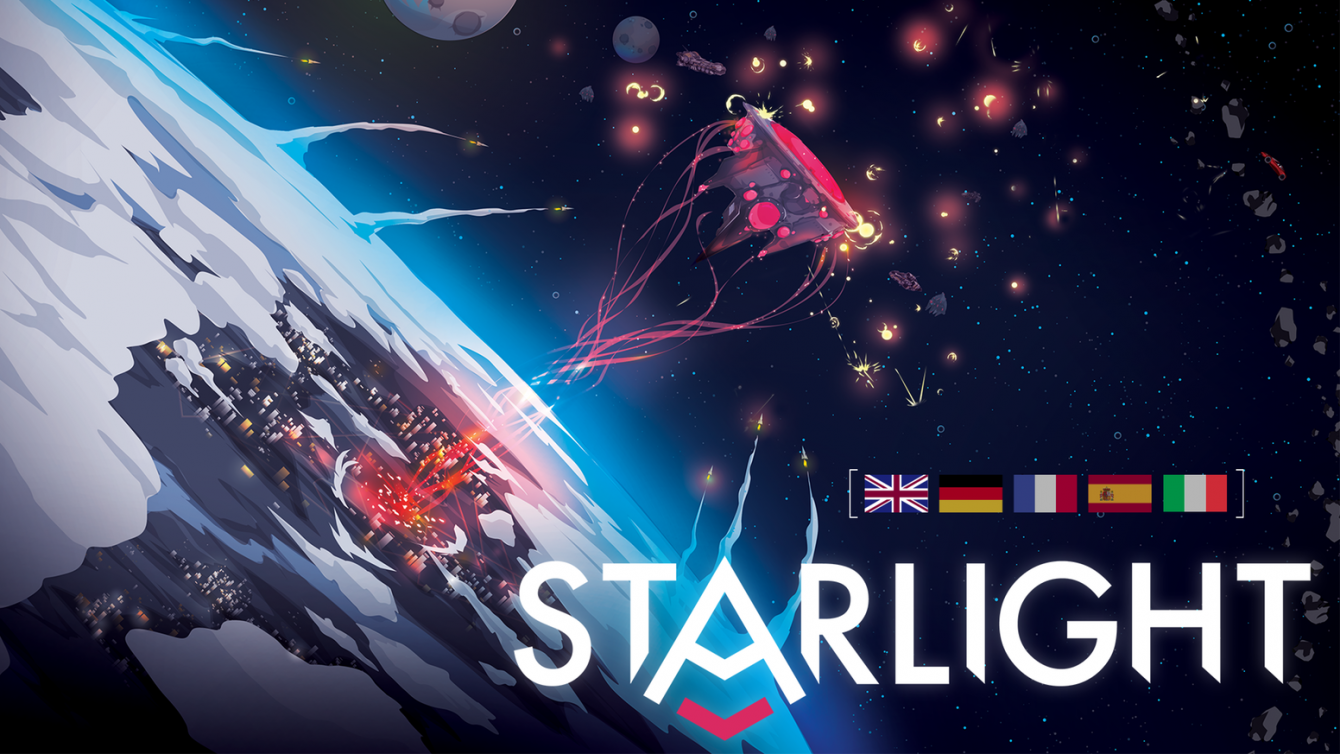 Starlight is a cooperative adventure game about a group of pilots trying to protect a refugee ship from threats as you explore space looking for a safe haven. Your world has been destroyed by unknown enemies and finding out who and why, even as you try to rebuild, is of utmost importance. In the game you’ll be exploring the worlds of the Draconian System in search of a home, managing your resources, fighting starship battles, and upgrading your ship with bigger and better tech. 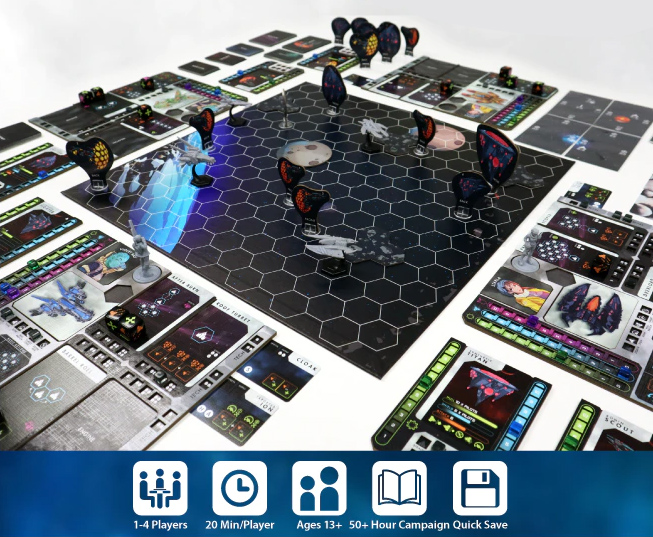 Starlight looks very story-focused, which is one of my favorite things in games, and includes an app that helps track your games and share your stories. It also comes with a bunch of beautiful minis to help bring your game to life. Venture into the vastness of space with Starlight by visiting the Kickstarter campaign here.

They Live : Assault on Cable 54 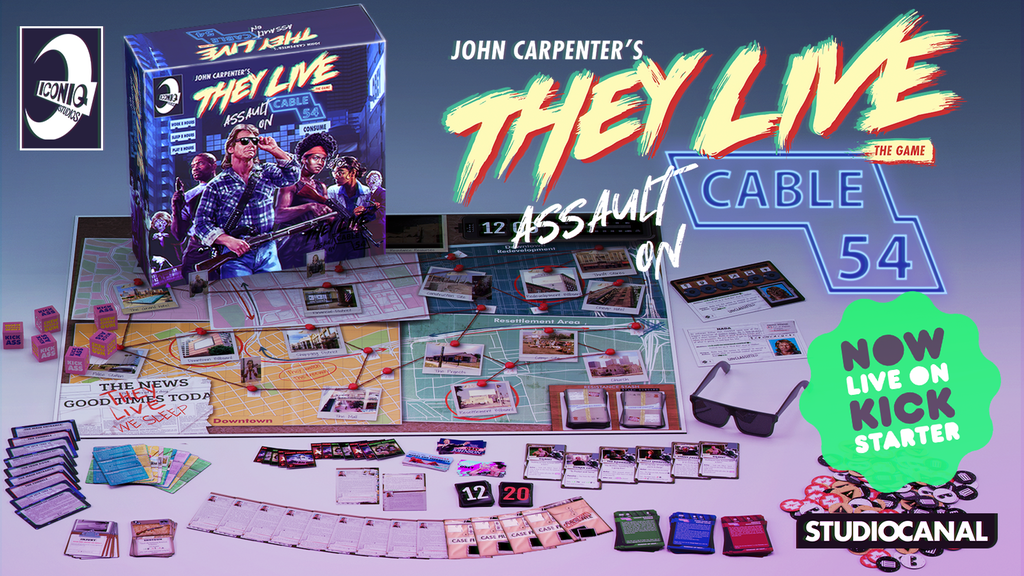 Whoa boy. This one takes me back. Based on John Carpenter’s 1988 science-fiction film They Live, this game is a semi-cooperative adventure where you and your friends will fight enemies stash weapons, and eventually fight the ominous overloads known as “Them”. Of course , some of you might just be part of Them. You’ll need to get your hands on some trusty Hoffman glasses which can reveal hidden truths, like who among you might be a traitor.

Ok They Live : Assault on Cable 54 is so wonderfully thematic. I adore the fact that the game actually comes with glasses which reveal hidden phases or character images. I also like that each character has their own special story line goals which, when completed, get them a unique item. I’m betting sci-fi movie fans will get a real kick out of this game. Check out They Live : Assault on Cable 54 on Kickstarter here for more info.