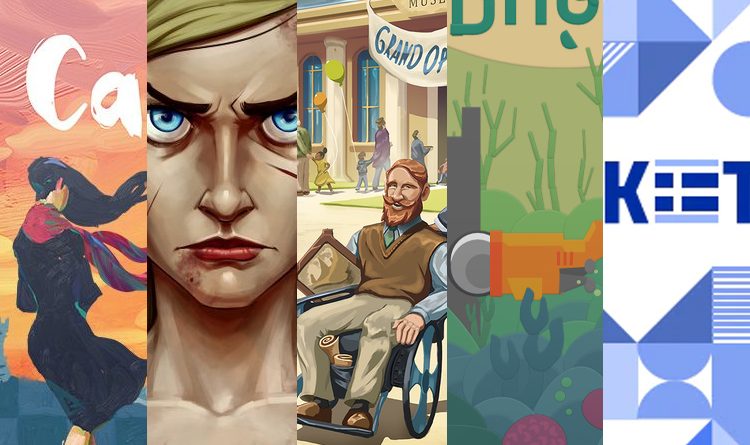 Jess
It’s Friday… or at least I think its Friday. Time may have lost all meaning, but Kickstarters haven’t! What am I saying? Let’s just get to the list!

In Canvas the players are all artists competing in an art contest. Each player will need to complete 3 paintings and the person with the highest scoring paintings at the end of the game wins. You create paintings by layering 3 transparent cards. Each card has a different illustration that will help create a unique painting and icons which will trigger various scoring conditions.

I really love the idea of the transparent cards. It lets me feed into my love of creating things though I might be tempted to create a lower scoring painting just because I think it will look great. I also like that some icons might cover others, so you really have to consider what elements you are adding to your painting and how they will affect the overall composition. Discover Canvas on Kickstarter here for more info.

Using similar mechanics to their popular solo-game Hostage Negotiator, Van Ryder Games has crafted another solo experience; this time working on the narrative of slasher movies. You will take on the role of a horror movie’s Final Girl; the one person who must survive to the end. The game lets you mix and match killers and locations to give you a variety of scenarios to challenge. Each turn you will have a limited amount of time to take actions like resting, searching, or even attacking. If you manage to save other potential victims you can unlock your Final Girl power, but the same goes for the killer. The more victims the killer claims the more powerful they become. 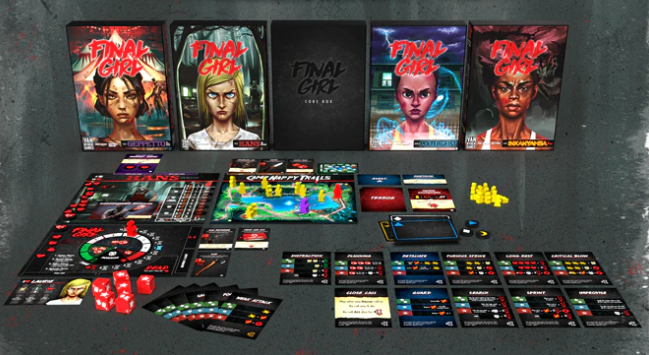 Hostage Negotiator was a solid solo experience and I expect that Van Ryder has leard a thing or two since creatuing the game, thus I have high expectations for Final Girl. If you enjoy horror movies and solo games, then make sure to check out Final Girl on Kickstarter here.

I’m a bit of a fan of museums, so I was excited to see Curators on Kickstarter. In the game, you are a curator working to expand your museum and attract more visitors in the hope of winning the ‘Museum of the Year Award’.  The actions you can take in the game are represented by your employee tokens. Each one is double sided and when you use it you will flip the token over revealing a new action to be used on a future turn. If you have 2 matching tokens then you can double the effects of the action. Part of the game is puzzle-like as you try to build exhibit spaces into patterns that will allow you to fulfill contracts and score points. 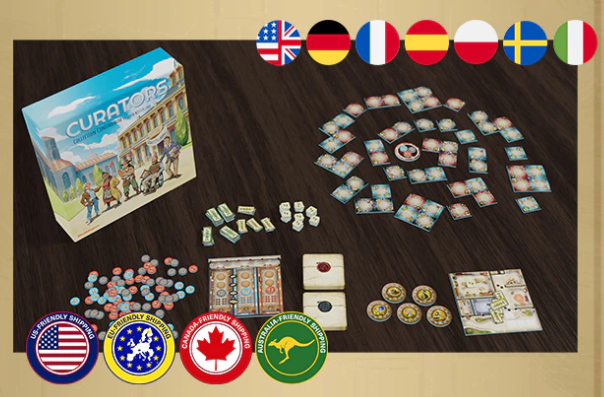 Overall the tile laying and strategic use of actions looks like fun and I love the theme. You can learn more about Curators on Kickstarter here.

I don’t always put roleplaying games on these lists, but this one really stood out; not only for its unique design but also because of how the creator is handling it. First the design aspect: The is a DIY adventure where the characters are exploring an underwater dungeon. Basically you and your playmates will be coloring in pictures for your character and items, cutting out pieces, and assembling them as you explore the story. You don’t need to be an amazing artist or really even color inside the lines; the magic of the game is how creative you want to be with it. I like that there is a shared submarine that everyone rides in and will contribute to. It looks like it will really bring everyone together and encourage collaboration. This kind of game really appeals to me.

The other aspect of this Kickstarter that called to me was AndHeDrew’s determination to make the game available to everyone. If you are having any knid of difficulty and cannot pledge to the Kickstarter you can contact AndHeDrew and he will send you a print and play version. For those that can contribute, you can sponsor a copy for those who cannot. This is a fantastic idea and I really would love to see people support it. You can learn more about Sunken Dungeon on it’s Kickstarter page here.

I like word games and Kiitos looks like a fun twist on the genre. In the game you are forming words not only with the cards in your hand, but also the card in your opponents hand. Each round there will be 3 randomly drawn rule cards you need to follow. The first player will then choose a letter card from their hand to play and announces a target word they are trying to spell with it.

If the next player has the next letter in that word they must play it. If they do not have that letter, they can play any letter and change the target word. The new word must start with the letters already on the table and still meet the requirements of the rules. If the target word is finished, the person who announced that target word gets all the cards and places them in their “positive pile”. If a turn comes around where the active player cannot add to the word and it is left incomplete, the active player adds all of the cards to their “negative pile”. At the end of the game you get 1 point per positive card and -1 point per negative card in your piles. Whoever has the most points wins.

Kiitos looks clever and fun and . I like that players can change up the word; giving themselves opportunities to steal it away, but it’s still a bit of a gamble. There is a bit of strategy, because there are limited amounts of each letter and you can try to keep track of which have been played.Also, it looks like a game I can play with just about anyone, so it has that wide audience appeal. Visit the Kiitos Kickstarter to find out more about this interesting spelling game.