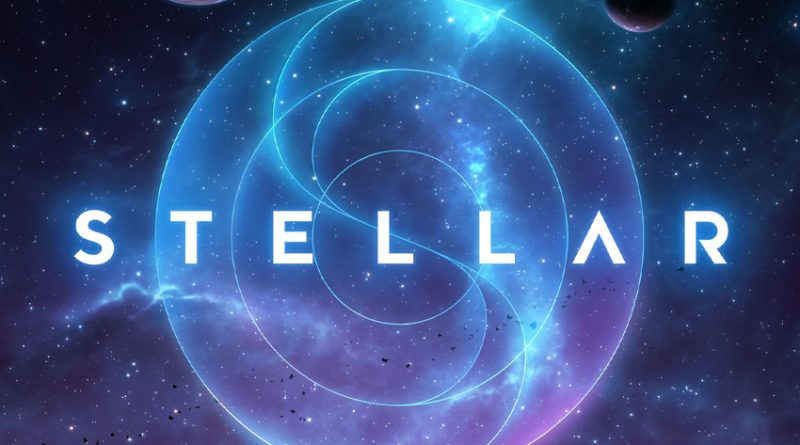 Stellar, from veteran designers Ben Pinchback & Matt Riddle delivers a surprisingly thinky card drafting/set collection puzzle in a beautifully-presented package.  While the gameplay is decidedly abstract, the theme only adds to the charm of this head-to-head stargazing challenge!

Stellar is the latest game from veteran designers Ben Pinchback and Matt Riddle, whose previous designs such as Fleet, Ladder 29, and Morocco rank among our favorite games ever.  And when we think of Ridback, we think of clean designs with intuitive mechanics that result in gameplay that is engaging without being needlessly complex.  So the question that sprang immediately to mind when we saw Stellar was whether it would live up to its pedigree (let alone its name) or find itself decidedly earthbound.

Jess
Good news! I love it!

Andrew
Well, let’s still, you know, review it. But yeah, me too!

We received a copy of Stellar for our consideration and possible review.  We only publish reviews of games we think are worth discussing, so we weren’t otherwise compensated. 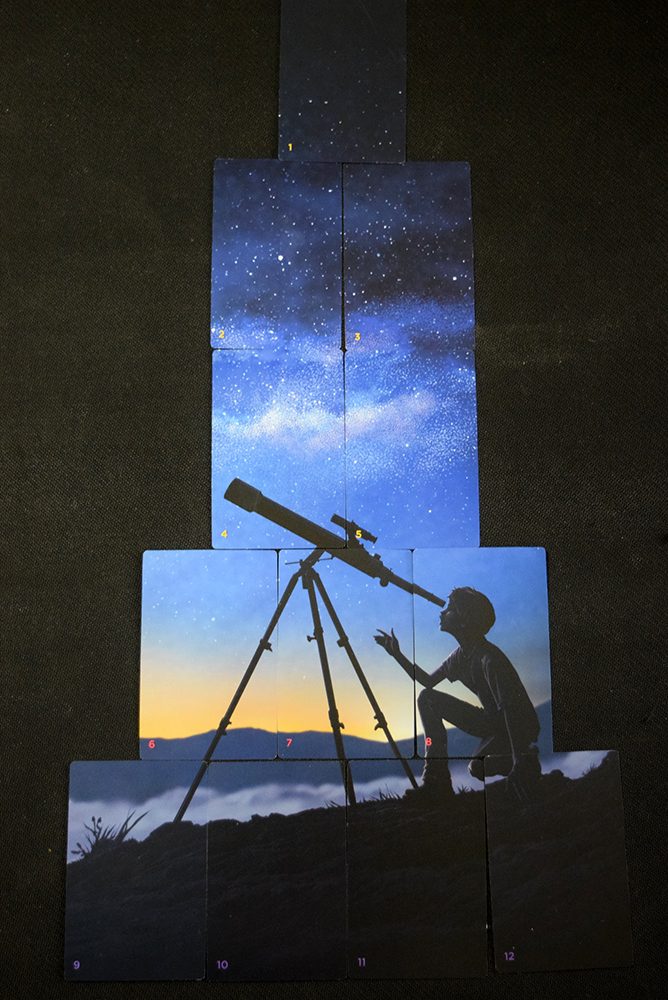 In Stellar, two players will square off as stargazers, each of whom wants to observe the most impressive array of celestial objects.  Your player area is set up to mimic the shape of a telescope (as well as a row called your ‘notebook’, which is where the cards you draft will end up.  Each card is from one of five suits – planets, moons, asteroids, interstellar clouds, and black holes – and are worth points at the end of the game for players who manage to cleverly gather majorities and sets.

On each turn, a player will follow the same three steps: 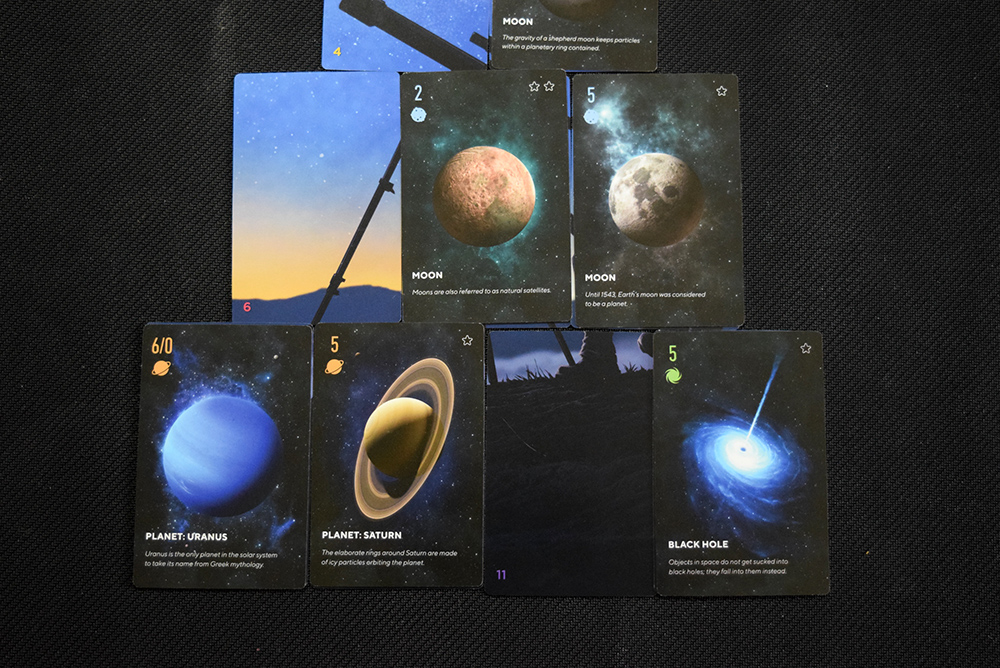 The placement of cards is at the heart of the puzzle of Stellar.  The two places where your cards go, your telescope and your notebook, are how you will wrack up points at the end of the game.  The telescope is divided into three areas, and each one will be scored based on a comparison of the total value of cards you’ve managed to place there.  Cards can only be added adjacent to others of their own suit, so you have to be strategic in when and how you add cards to it.  Cards get added to your notebook in numerical order, divided by suit.  Your goal here is to create runs of consecutive cards for suits you are also collecting in your telescope, because you will score points for each suit based on the longest run of cards in your notebook times the number of star icons on that suit in your telescope.

Andrew
It’s, uh, kinda mathy and I honestly love it. The decision space is so narrow – you’re just picking up a card and then laying down another card and then you *have* to play a third card. But since the card you play in step 3 is dictated by the card you play in step 2, and since you need to think about adjacency in your telescope for cards, there’s a surprising amount to think about!

Jess
I know! It’s not complicated, but it can feel complex, in a really clever way. Nothing feels better than getting that missing card for a run you need, and you end up crushing a big pile of points!

Andrew
And equally infuriating when you just can’t manage to do that or, worse, get snaked out of the card you need by another point-greedy astronomer.

There are a couple of other kinds of cards aside from the five suits – moons that act as either 0 or 6 depending on where they’re placed and satellites that act as wilds – but Stellar is really a mechanically austere game.  The challenge comes down to being lucky and clever with your drafts and plays, always keeping an eye on what your opponent is in contention for and trying to snag what you need before the game ends.

Andrew
That’s one of the advantages of Stellar – since it’s 2-player only, it’s not hard to keep track of your opponent’s concerns. I think the game would lose a bit of that with any more players.

Jess
And I know that these sorts of abstract games tend to have minimal luck, but even though Stellar has plenty of it, since it’s just you and your opponent, you can definitely still play strategically.
For such a small game, Stellar does spread out quite a bit on the table, making it just a touch less portable-friendly than we would have liked, but that’s a pretty minor quibble in the face of an otherwise well-designed and beautifully implemented game.  We definitely enjoyed Stellar and recommend it for any gamer pair who likes a puzzly challenge (with the bonus of a really attractive theme pasted on).