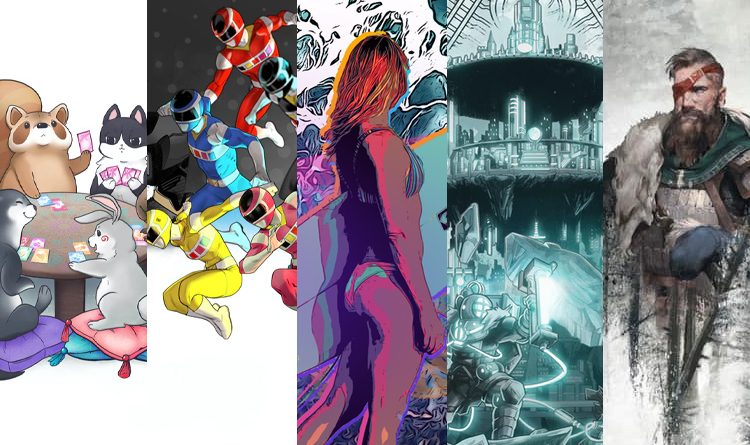 Cake. What would you do for it? In Frenemy Pastry Party a group of small animals has joined together to enjoy delicious baked goods, but first they have to bake them. As one of the fuzzy bakers you’ll need to compete with your fellow animals to get the ingredients you need to bake your cakes. Each turn you’ll be able to collect an ingredient or bake a cake. If you choose to bake a cake and you don’t have all the ingredients, you can ask your neighbors for help. If they give you what you need, the cake bakes, and the opponent who helped you joins in scoring.  The trick is, your opponents can also lie about what ingredient they are giving you, thus making your cake fail. 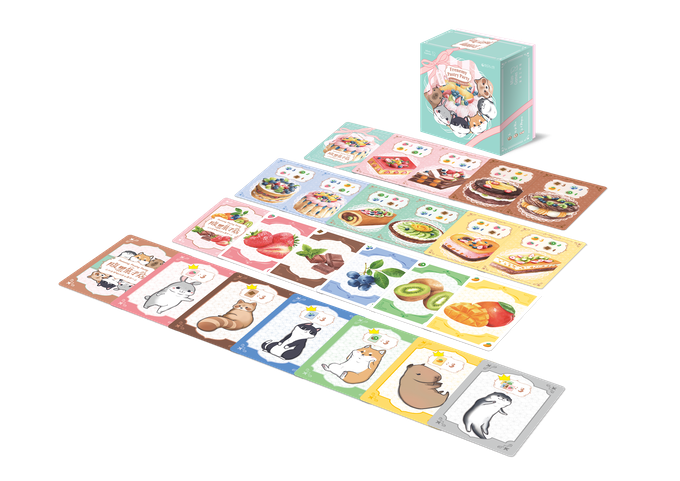 It’s a game of bluffing and baking with a ton of cute animals as the cherry on top. How could I not love this game? Read the recipe for Frenemy Pastry Party here on Kickstarter to learn more.

Power Rangers: Heroes of the Grid Rise of the Psycho Rangers

Renegade Game Studios is Kickstarting the next expansion to Power Rangers: Heroes of the Grid; a fantastic cooperative game about defending Angel Grove from Rita Repulsa and her evil minions. The Psycho Rangers expansion adds all new new Power Rangers and their evil counterparts as well as new enemies, Zords, the Astro Megaship as the new command center, and a new Mastermind Mode, in which one player can take control of the bad guys in a 1 vs many style game. This Kickstarter also offers Villain Pack #2 and an exclusive storage box for all of the cards. 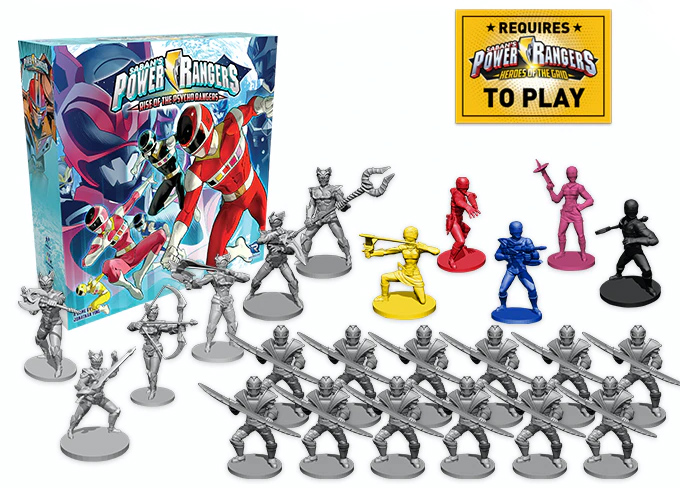 Sayulita Swell is a pay-what-you-want print and play up on Kickstarter right now. In the game you play a surfer navigating the swells of the Sayulita Surf Break. Each game consists of 12 different Swells. You’ll need to choose the best Waves to ride and try to avoid wiping out. As you surf you’ll be rolling dice to try to match the number your pawn is on. You can use energy to automatically hit the number, but your energy points are limited and you could easily run out if you’re not careful.

I think Sayulita Swell look pretty unique in gameplay and I like that it is a pay-what-you-want; making it affordable for everyone to play. Surf on over to the Sayulita Swell Kickstarter to find out more.

Earth, beset by a wave of darkness and shadowy monsters, has become a dangerous world. In this post-apocalyptic, cooperative game, the players must wield liquid light to fight the creatures that lurk in the darkness as they try to accomplish their missions. As they explore the board, players will build paths of light and uncover story events that will challenge them. The game includes a campaign that will lead the players through the story rich lore of Sheol. 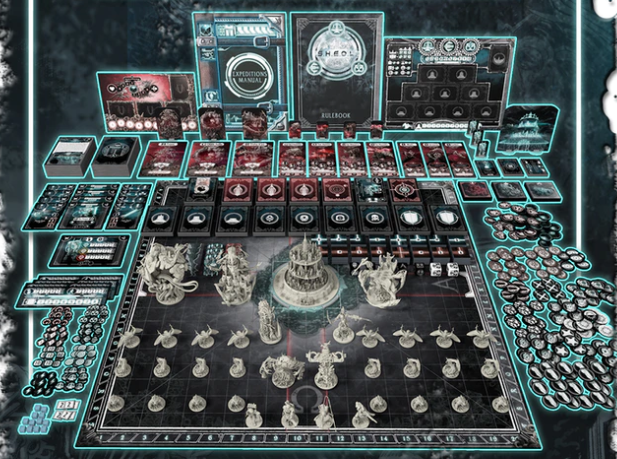 There’s a lot here that appeals to me. Sheol is gorgeous with its finely detailed mins and sci-fi illustrations, I love games with strong narratives, and I think the light path mechanic looks fascinating. You can learn more about Sheol here on Kickstarter.

Another big, story-driven game on Kickstarter right now is HEL: The Last Saga. Based in Viking lore, Hel is a survival-horror game that tells the story of a group of heroes working together as they try to uncover the mystery of what happened to their lost colony. The game is scenario based and as you play you’ll discover story point decisions and challenges as well as vicious enemies. Hel also includes a worship system when you can make offerings to the gods to get permanent benefits to the party. Halfway through the campaign long months of darkness will settle in and the players will face new threats and objectives. 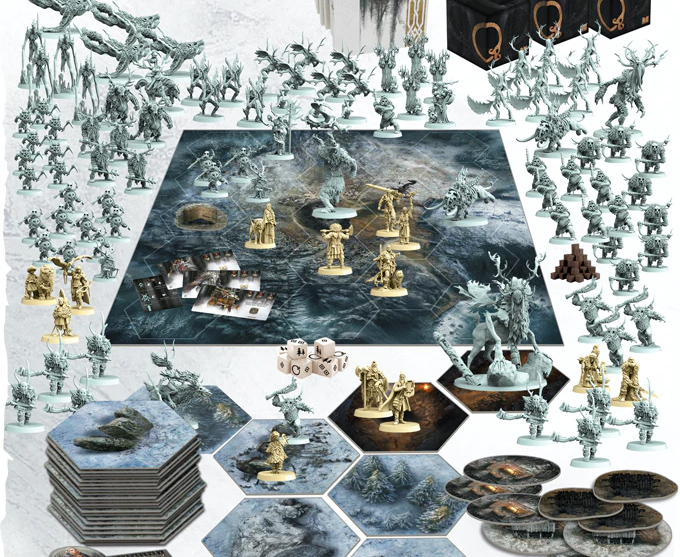 Holy Hel this game is huge, beautiful, and intriguing. Yes, it has a hefty price tag, but what you are getting for that money is a whole lotta game with 111 miniatures, gobs of cards, a huge campaign book, some fancy custom dice, and tons more. I’m severely tempted by this one. Take a look at HEL: The Last Saga on Kickstarter here and judge for yourself if its the right game for you.