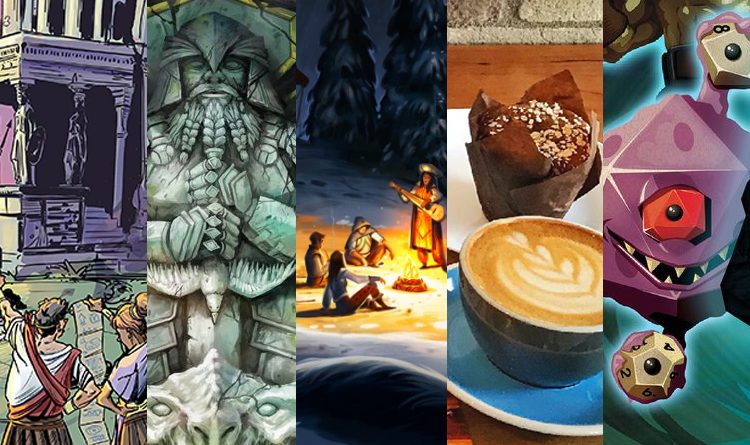 City Builder: Ancient World is a tile-laying game where players must build up their cities and construct impressive monuments to impress the emperor. Each turn players must add a single tile to their city and then they may gain settlers or build monuments. The tiles have roads on them that will form districts as the city grows. These districts are where you place monuments and settlers and you gain points for every monument in your city and each empty space on your settler tracks. 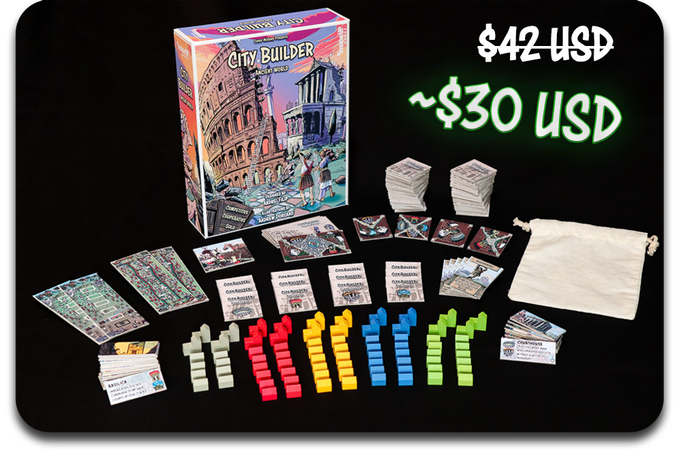 The settlers provide an interesting mechanic. A track will be placed between each player to be shared (similar to Between Two Cities). Players can only take settlers from the ends of their two shared tracks. By selecting a settler to take, you are making the next in line available to your opponent and, because each district can only hold 1 settler of each color, your choice can really mess with another player’s strategy. Overall City Builder: Ancient World looks to be a fast-playing game where you need to keep a close eye on what your neighboring opponents are doing. You can also play the game cooperatively or solo for a differing experience. Learn more about City Builder: Ancient World here on Kickstarter.

Dice Miner is a dice drafting/ push your luck game where heroic dwarves venture into a 3d mountain to mine for treasure. During the 3 rounds of gameplay, the mountain will be filled with dice, then players will take turns choosing a die from the top of the pile. The different dice let you take different actions as well as providing you with ways to score. Each type of die scores differently except for two special dice. The beer die lets you give a die to another player and the magic die lets you reroll dice.

The Dice Miner production looks fantastic and I like that there is some chaos mitigation with the limited ability to reroll and pass along dice to other players. If you love dice games then make sure to check out the Dice Miner for more info.

Merchants of the Dark Road

In Merchants of the Dark Road, players take on the roles of merchants trying to traverse the dangerous trade routes between cities. Each merchant gets an upgradable wagon which stores their goods, resources, and actions. During your turn you’ll be collecting and producing goods, selling them on the market, adventuring into dungeons, and hiring heroes to accompany you down the dark road. 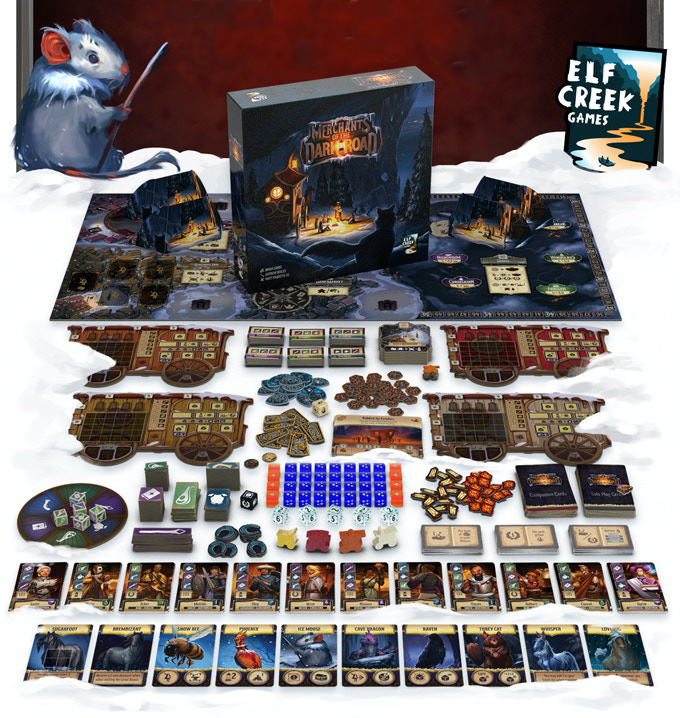 Merchants of the Dark Road is a worker placement game with many different different systems to interact with, but you must be careful to balance you actions. At the end of the game you will have earned money and fame and whichever of these two vales is lower becomes your score. This balancing act sounds intriguing as it will push players to not focus solely on certain parts of the game, but to explore every part of it. Merchants of the Dark Road looks like a really expansive experience and I cannot wait to have a chance to try it. Check it out on Kickstarter here.

You want more dice games? Let’s get more dice games! Latte Throwdown is a Dice Pool Building and Placement game where players are baristas looking to show off their latte art skills. Each player is racing to complete their latte pours before everyone else. Each turn you’ll be rolling dice and placing them on a cup; trying to match the combination of dice shown on the Latte Cards. If you are having trouble rolling what you need, you can also place dice on barista cards which give you the ability to manipulate the dice. Whoever completes their set first, claims the Latte Card and the first player to score 20 points in Latte cards wins. 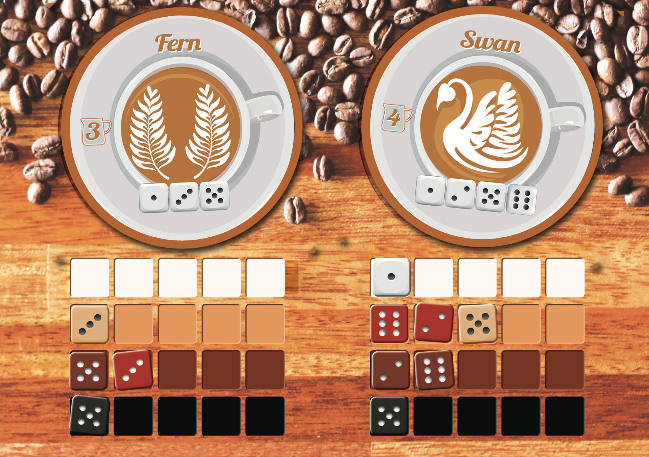 Latte Throwdown sounds deliciously fun with an easily accessible set of rules; making it perfect for anyone who loves coffee and/or dice. Grab yourself a cup of Latte Throwdown on the Kickstarter page here.

DIE in the Dungeon!

Ok, one last dice game. DIE in the Dungeon! is a solo play dungeon crawler where you take on the role of a monster trying to escape the dungeon you have been summoned to. The way is littered with traps and heroes that will endeavor to defeat you. There are four monsters to choose from and each have their own set of stats and unique abilities that can help them navigate the dungeon. As you explore, you will turn over tiles to reveal traps and encounters. If you can manage to take down all of the heroes, you win!

DIE in the Dungeon! looks like a clever take on the whole dungeon delving genre. I like that there is also a two player variant in the rules which turns the game into a race to see who can defeat 2 of the epic party tiles first. Considering I love exploration games and Andrew is a fan of dice-chuckers, DIE in the Dungeon! looks right up our alley. Learn more about the game here on Kickstarter.