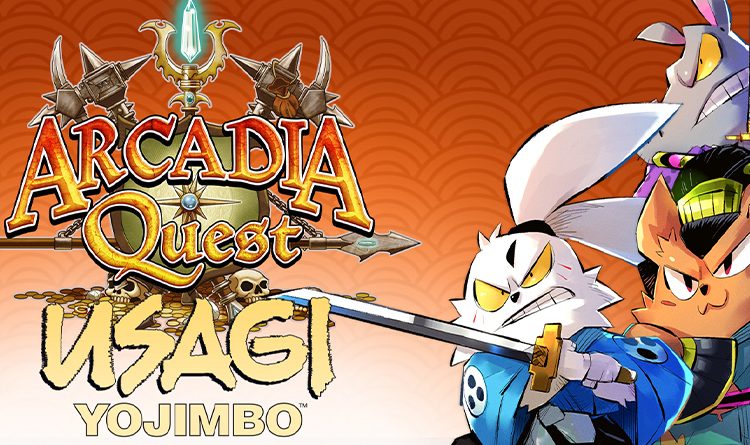 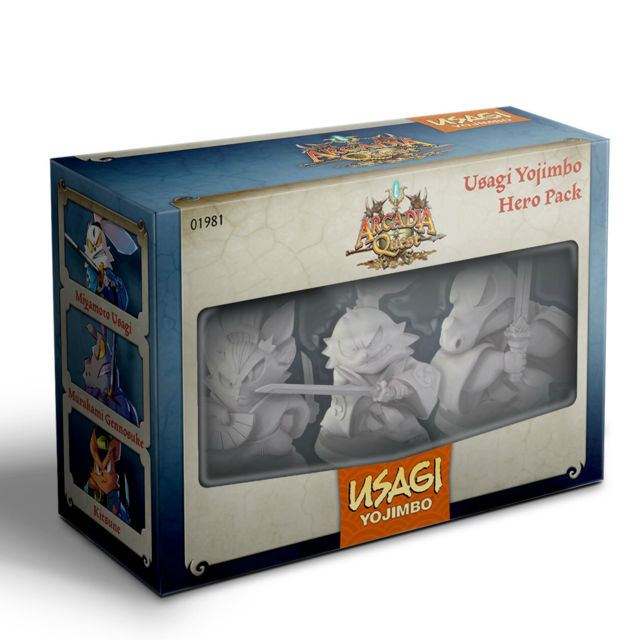 According to the lore: “Wandering the world on a musha shugyõ (warrior’s pilgrimage) has brought Miyamoto Usagi across many bizarre situations, but none so strange as the dangers regularly encountered in the fabled city of Arcadia! Reunited with his companions, the rhino bounty hunter Gen and vixen thief Kitsune, Usagi must rescue the city from the vile Lord Fang and his monstrous forces.” 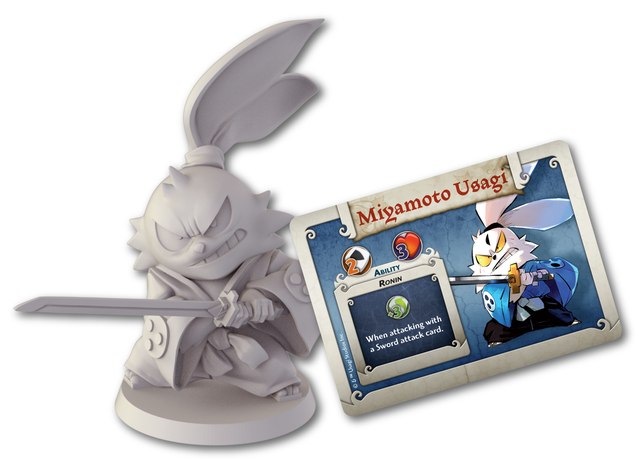 The Usagi Yojimbo Hero Pack comes with chibi-style miniatures and character cards for three iconic Usagi Yojimbo characters (Miyamoto Usagi, Murakami Gennosuke, and Kitsune) and is intended to be a team for a single player to pit against monsters and other players.

“CMON is honored to bring Stan Sakai’s iconic Usagi Yojimbo into the world of Arcadia Quest in our first-ever licensed character pack for the game,” says CMON’s Geoff Skinner, VP of Licensing. “Working closely with Stan and IDW was a dream, and we can’t wait to hear about all of Yojimbo’s Arcadian adventures from tabletops of fans!”

For the latest information on the BackerKit preorder campaign, please visit the campaign page at Aarcadiaquestusagiyojimbo.backerkit.com/hosted_preorders.