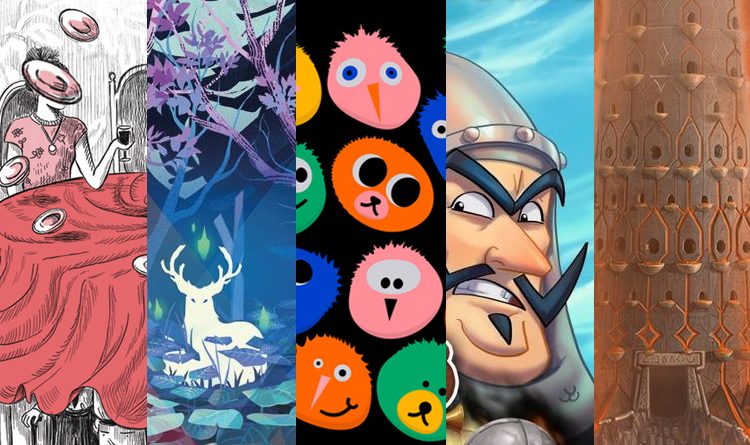 Jess
I may not know what day it is the rest of the week, but I know for a fact Today is Friday and that means Kickstarters!

…It is Friday? You all would tell me if it wasn’t…right?

What happens when you throw a dinner party for Surrealist artists? Things might get a little weird. In this set collection card game, players must try to please their guests with food the like while managing the drama that arises between them. Each turn you’ll have to decide to either add a new guest, serve a guest something to eat, or encourage a guest to socialize with one of their neighbors. Each guest has special powers that affect their neighbors so you have to be strategic about where you place them at your table. 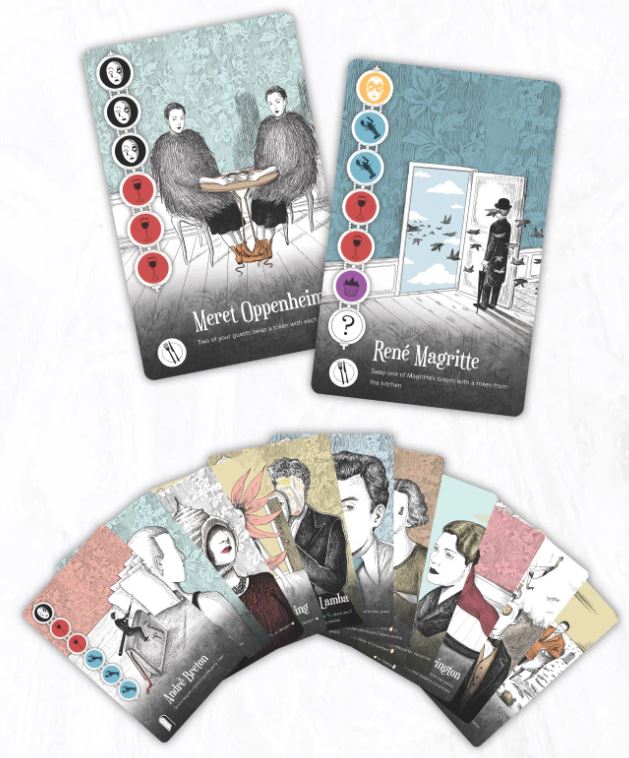 Spirits of the Forest: Moonlight

Spirits of the Forest is a beautiful drafting/set-collection game where players collect spirit tiles; trying to gain majorities. The Moonlight expansion adds a new scenario-based cooperative mode as well as a multiplayer variant of the base game. In the co-op game there are now nocturnal creatures on the board which indicate which tiles you may pick up. You can pick up tiles adjacent to the creatures and must assign one to your team and one to the AI opponent. There will also be Moonlight creatures, which let you score points, Moonlight tiles, which add new rules based on the scenarios, and Moonlight cards, which act as missions.

This expansion looks like it adds a ton of replayability to the game and will help keep it feeling fresh between plays. I love the new bits. The moonlight creatures look like an adorable cross between a cat and a bunny.Also you can pick up the Kickstarter exclusive wooden bundle which includes the base game, multiple expansions, more gorgeous wooden bits, and a new magnetic box to hold everything. This was an insta-back for us. Check out Spirits of the Forest: Moonlight here on Kickstarter to learn more.

Rarely do I have the opportunity to describe a game as “Fuzzy”, but today’s my day! The Fuzzies is exactly that: A game that uses fuzzy little balls to create a dexterity-based challenge. At the beginning of the game you stuff all the fuzzies into a cup and then turn it over, carefully removing the cup to reveal a stack of fuzzies. Each player will then take turns removing a fuzzy and placing it higher on the tower. If any balls fall off the tower, you have to take an equal number of challenge cards and complete them on your next turn. If the tower falls, you lose!

The Fuzzies just makes me smile. It looks like a winner all over. Easy to set up and teach, fun for everyone, easy to play, and no one will get hurt if the tower topples over on them (I’m looking at you Jenga tower). Grab a copy of The Fuzzies by heading on over to the Kickstarter campaign here.

Usually in a game I don’t like it when someone knocks down what I’ve built, but in Catapult Kingdoms that’s where the fun is. In the game, you’ll build a castle and then do your best to knock down your opponent’s castle before they can knock yours down. Once all the troops of one army have been knocked down, the game ends and the player with at least 1 troop standing wins. 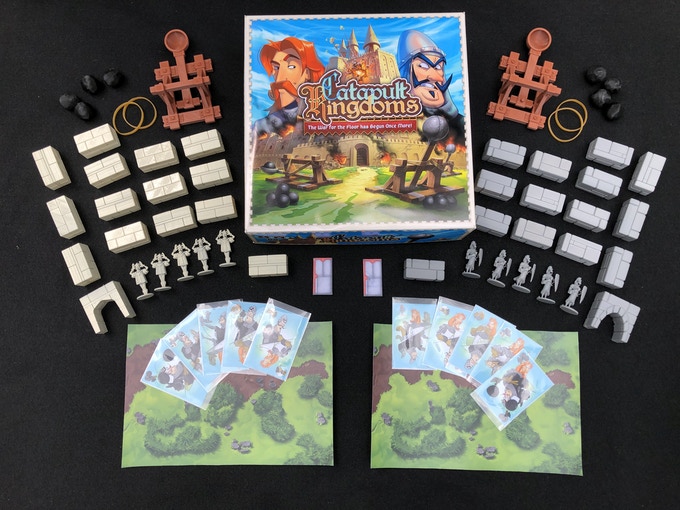 Simple yet extremely fun-looking, Catapult Kingdoms merges toy and game to create a challenge of engineering and strategy. I like the nod to Monty Python in the minis design although I think its unfortunate that Vesuvius Media made the female characters only available as an expansion. That said the game looks fun for all ages. Learn more about Catapult Kingdoms here on Kickstarter.

I covered Turris previously, but the first iteration of the campaign was cancelled so that the designers could make some tweaks and improve the game overall. Set in the wastelands of a post-technology society, Turris is a worker placement game about trying to survive an onslaught of monsters by building a defensible tower to protect the last dregs of humanity. Player’s workers will scavenge resources and ancient technology while trying to earn the most prestige points in order to be named the leader of civilization. During the game, you will use resources to complete missions. Once yo have finished enough missions, you can build a level of the tower and once there are enough tower levels the game ends. 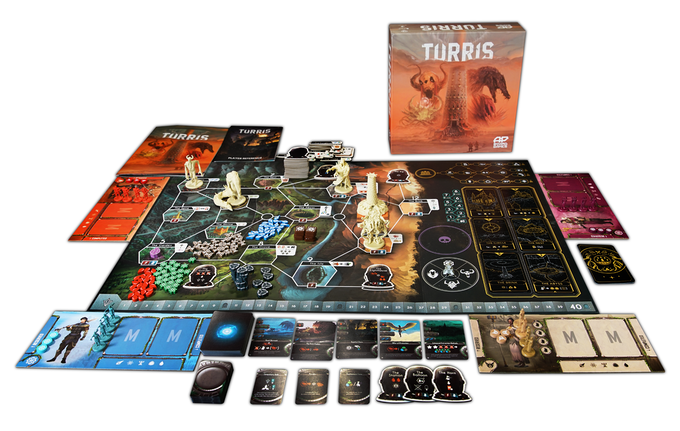 It looks like the team made some nice improvements including clearer rules,. new art, extra minis, higher-quality components,  redesigned player boards, and new add-ons. I’m glad to see that the game seems to be doing well this time around. You can learn more about Turris here on Kickstarter.