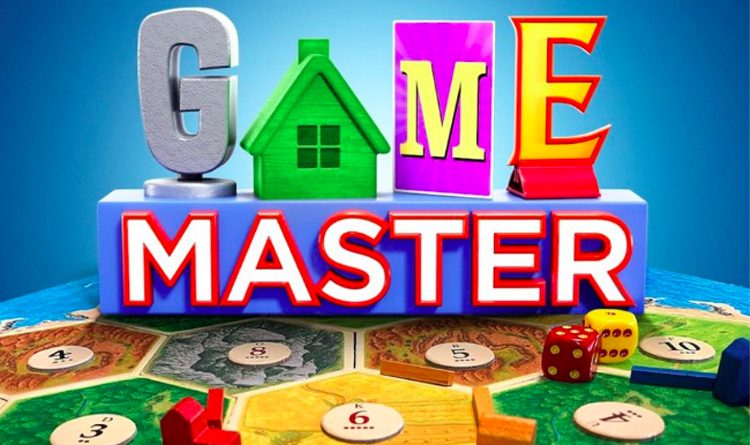 Gamemaster is a documentary that follows a few designers as they seek to publish their first games. The film highlights the stories of Charlie Bink, Trekking the National Parks, Nashra Balagamwala (Arranged!), Jason Serrato (Thug Life), and Scott Rogers, (Rayguns and Rocketships). It also includes enlightening interviews with designers like Eric M. Lang (Hanabi, Rising Sun, Blood Rage), Susan McKinley Ross (Quirkle), Klaus Teuber (Settlers of Catan), and Elan Lee (Exploding Kittens) as they discuss their own experiences in tabletop game design and publishing. The film is fun, heartfelt, and illuminates a part of gaming that few fans have a chance to learn about.

I spoke with Director, Charles Mruz about Gamemaster to get a more in depth look at how the film came together. According to Charles, he and his friends share a love of gaming. One day his friend, Jimmy Nguyen approached him about the subject over coffee. Jimmy had produced two documentaries previously and so when he said “I think the next thing I should do should be a documentary about board games. I want you to direct it. What do you say?”, Charles immediate answer was, without hesitation, “This sounds great. I’m in.”

Charles went on to note, “This seems like it happened on a whim, but that’s not exactly the case because (Jimmy) knows from his own experience with documentaries that you need to be in love with your subject or you are going to run out of steam. You are not going to make it to the finish line. Documentaries take a long time to make. Longer than anybody expects. Like no matter how long you think it takes to make a documentary add more time because that’s how long it takes.”

Gamemaster did in fact take a long time. From start to finish the movie took about 4 years although Charles noted that this is actually a short amount of time for a documentary. Creating the film meant driving across America to interview designers and shoot at conventions. It was during one such stop that Charles first became aware of Nashra Balagamwala. He told me the story of how she came to be a part of the film quite serendipitously.

“We were travelling across the country by car. We set up to stop in different areas across the country and interview some designers here and there. One of the producers, Wally Schrass, his family is in Connecticut. So while we were in that area of the country, we stayed at his parent’s house and I had a day to gather my notes together, go over things, prepare for the next day. I was on the internet and I came across an article about Nashra Balagamwala, the designer of Arranged!. I read probably about a page and I said “’Who is this girl? I’ve got to get her in this documentary.’”

According to Charles, Nashra was exactly the type of designer they had been looking for. “As I’m sure you have, that the landscape has a high percentage of white males in it. So I remember saying to him, ‘Wally, what we really need is a female POC who has just made a game, who has an interesting personal story that is also good on camera, but I don’t think that persona exists.’ and then I saw her on the internet. I spent all day trying to get a hold of her… I tried to contact her for 3 or 4 hours every way I could. Finally I got a hold of her and I said ‘Here’s who I am. Here’s what I’m doing. Please be in this documentary. You are the person we’ve been looking for. You are perfect for it.’ She said, “Ok I’ll do it, but I should let you know something. My visa expires in 2 days and I am leaving the country.’”

This could have been a disaster. Finding the perfect designer for the film, only to have them leaving; unsure of when they would return. Fortunately Nashra was living in Brooklyn at the time, so Charles drove down to NY, interviewed her, and the next day she packed up her life and went back to Pakistan. “That’s why she’s in the documentary. Had I found her a day later, she probably wouldn’t be in it. She could have been in Portland. She could have been in Austin, but she was driving distance from us. You might even say that it was kismet and now she is a dear friend. I adore her.” Charles added.

Each designer in the film takes a different journey to achieving their goal of publishing a game. Nashra’s story is about trying to create something that would tell her story and educate others while managing her visa and how friends and family judged her choices. Charlie Bink faced the challenges of partnering with his parents to run the business and the strain that put on their relationship. Jason Serrato learned the hard truths about balancing the cost of a game while trying to make it accessible for kids like himself who grew up poor. Scott rogers’ tale is one of a fan trying to find their own voice when creating something in a beloved genre. Each story has its own lessons and relatable moments, but all shine with a genuine love for creating games.

Gamemaster is a film about love. Each and every person that appears in the film has a passion for games that saturates each scene. I found that viewing the movie was inspiring and I was immediately struck with the fact that I had ideas for games, but had never actually put one together. I grabbed all of the random components I had laying around began cobbling together my first prototype. That said, Gamemaster is not just a film for board game enthusiasts like myself. Charles made it a point to make the film accessible for people who aren’t as familiar with the hobby. His message was more about doing that thing you are hesitant to try. 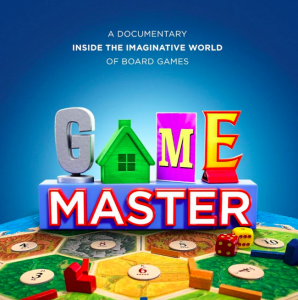 Charles said, “Whatever you’re thinking about doing, whether it’s a game, a movie, or whatever, it doesn’t matter what you have done prior to this. The trick is to just do it. This is one of the messages of the movie. You’re going to try and its probably going to be terrible. You’re going to try again and that’s probably going to be terrible too, but then after a couple rounds of that, then you’re going to come up with something good. You didn’t see the previous edits (of the film) but I relate to that statement a lot.”

Gamemaster was released on July 7th to many popular VOD services. You can watch Gamemaster now on Amazon, iTunes, GooglePlay, Youtube, and more. Like the movie and want a chance to hear more about it? Watch the Making the Documentary Gamemaster panel on Gen Con Online. Charles will be speaking with some of the game designers featured in the movie as well as discussing whats next. You can learn more about the panel here: www.gencon.com/events/187869