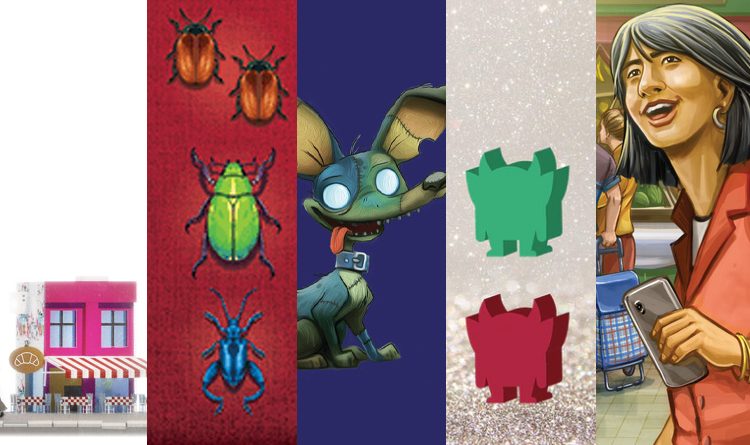 Jess
Friday’s here and I need a nap, but first, let’s see some Kickstarters!

Streets is a tile-laying game where players seek to build the most profitable city. Each turn players will add buildings in a line to form a street and add meeples to their building based on its symbols. A building’s value is based on what they are located near and the amount of meeples on it. You can close off a street by adding buildings in a different orientation at both ends and collect money based on the value of all buildings on that street. One a street is scored the meeples will move to unfinished streets allowing you to build bigger and bigger bonuses. 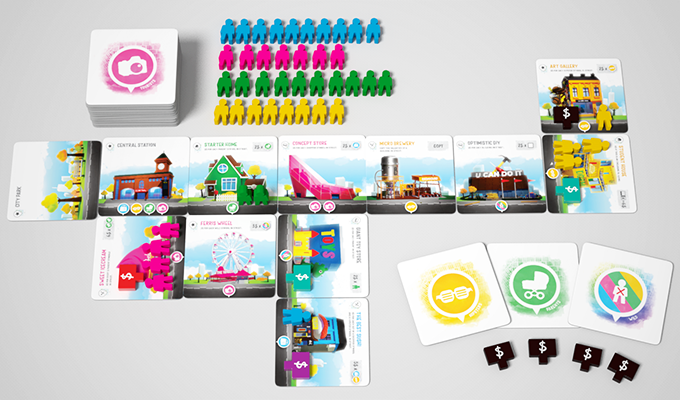 Streets looks like a ton of fun. I’m intrigued by the mechanic of moving the meeples around and I suspect it will feel exciting as you build up your crowds. You can learn more about Streets here on Kickstarter.

HEXAPOD: The Curious Pastime of Entomology

Hexapod is a head-to-head, tile-laying game where players try to create the best collection of insects. Each turn you’ll draft a card into your hand and then play one card into your display cabinet. To play a card you must cover at least 1 insect with a matching insect. As you add cards to your display case you can build up sets that score based on the type of insect, but be careful as some are larger, taking up valuable spaces, and the dung beetle acts as a blocker; scoring you no points when placed. If a player passes on their turn or reveals a spider card, the game ends and the display case containing the highest score of insects, wins.

This is one of those abstract games that didn’t necessarily need a theme, yet I love the one they went with. The insects are beautifully illustrated and the gameplay looks delightfully puzzley. You can pin yourself a copy by heading over to the HEXAPOD Kickstarter here.

The evil professor Esker is turning the village’s pets into monsters! To stop her the players must arrest the professor before its too late. The Pet Cemetery is a racing game where players will be navigating the cemetery avoiding obstacles, shoving monsters into the path of their opponents, and using items to put them in to the lead. Each player will have a unique character with a special ability that will help them in the race. During their turn, players can move one space, draw a card, or play a card. The first player find a set of handcuffs and cross the finish line, thus stopping the dastardly Professor, wins. 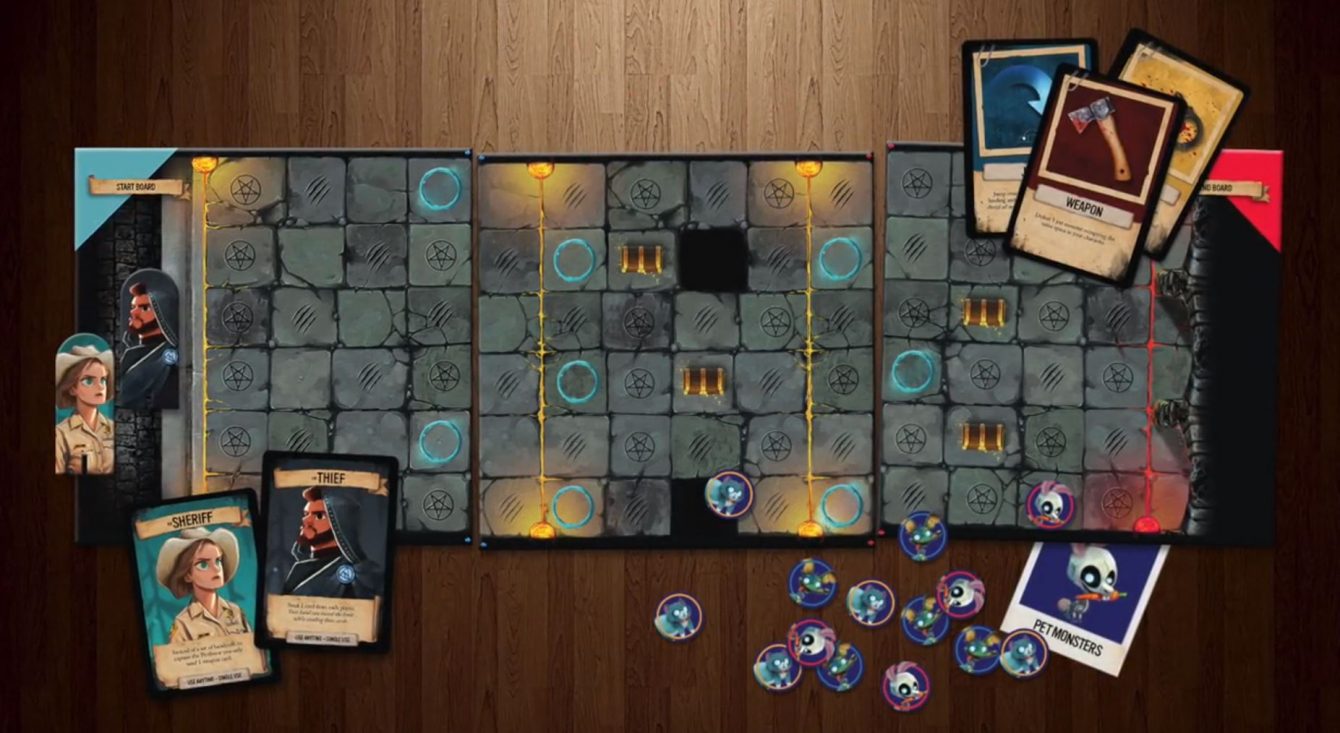 The Pet Cemetery looks like a light game with some take that elements and a fun theme. You can learn more about it on Kickstarter here.

While we don’t often celebrate with crackers at Christmas in the US, the idea of packing 6 different games into one cracker sounds like a cracking good idea. This collection features a variety of card games designed with family fun in mind. One game, IMPatient, has players trying to influence a race without giving away which imp them are betting on while IMPressive is a set collection game where you must try to get the most imps with matching features. 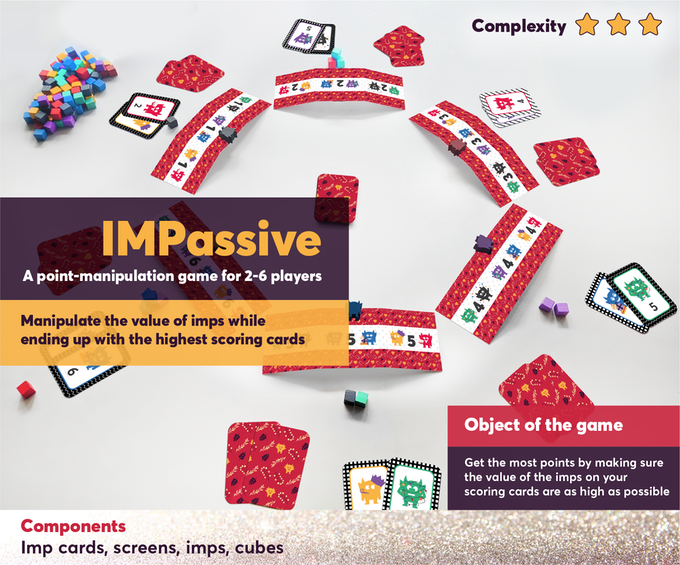 Craker Games stood out to me as because everything you need to play the games is included in a giant, re-usable cracker that looks like the perfect stocking stuffer for the holidays. You can aldo up your pledge to get two extra games for more imp-based fun. While it might not be the custom around here, I think Craker Games could be a welcome addition to our usual celebrations. Check out Craker Games on Kickstarter here.

I was surprised to see that Mercado de Lisboa is described as a filler game when one of the designers is Vital Lacerda, who is known for his huge, strategy games, but it seems that he and Julián Pombo have managed to boil down the city building aspect of Lisboa into a strategic tile-placement game. In Mercado de Lisboa players will be opening stands and restaurants in the market to attract customers and make a tidy profit. Everyone is building their businesses in the same market so finding the right place for your stands is key. Visitors to the market will be placed around the edges and will visit stalls in their line that match their requirements. Stands gain bonuses based on how many matching restaurants they are near. 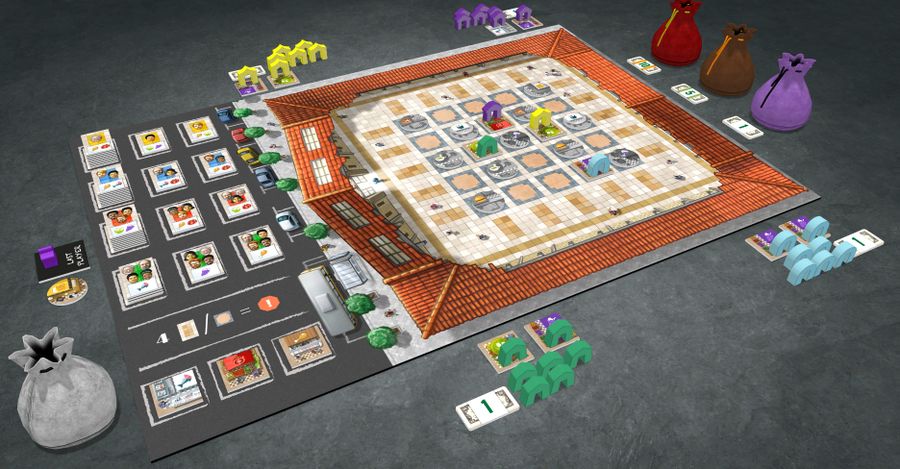