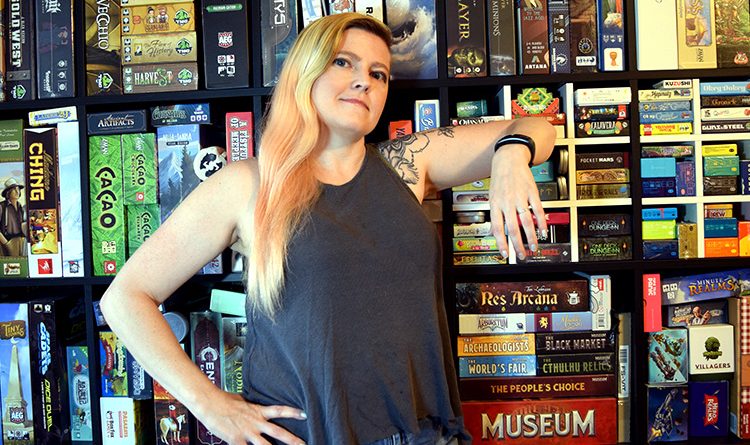 When I was a kid, I didn’t really get board games.  And by that I mean, I didn’t really play them, and I wasn’t really welcome to learn them. Quite the opposite, really.  I have vague memories of games like Candyland and the Game of Life, but I was never very excited by the older, classic games. My history with board games had a strange start, with a long lull in the middle before the passion really bloomed. 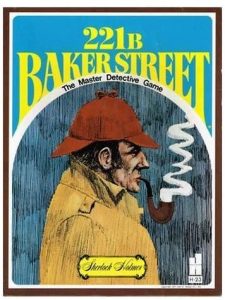 When I was around 9 or 10, my family situation was pretty rough and had been for years. Being a kid, I (thankfully) didn’t realize half of the craziness that was happening just on the other side of my bedroom door, but like anyone who grew up in a house full of tension and abuse, it had an effect. When my teachers at school recognized that I was withdrawn, tense, and often sick, they recommended that I go to a therapist, a concept that meant nothing to me at the time – all I knew was that I was being sent to talk to some woman. I didn’t really understand and for the most part it was just a place where I would go and play with some toys for an hour while this lady asked me questions. I barely remember most of the time I spent there, but I do recall one detail very clearly.

One afternoon, I was perusing the games on her wall and discovered 221B Baker Street: The Master Detective Game. Even for as young as I was, my lifelong adoration of Sherlock Holmes was already in full bloom and I pulled the game down, excited to try it. The box was old and faded, but my favorite detective was easily recognizable. Unfortunately, before I could unbox the game, my therapist asked me to put it back. She claimed it was too advanced for me and so she wouldn’t let me play it. Thinking back now, I’m sure she didn’t want me to get so involved in a complicated game that I couldn’t focus on the actual reason I was there, but that moment stuck with me for a long time and to this day I’ve never had the chance to play 221B Baker Street. Before thinking about writing this article, I couldn’t even remember the name of the game; just the cover image and the smell of dusty old cardboard awaiting the attention of someone who might love it. 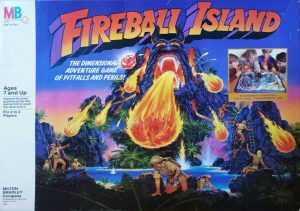 This sort of thing has happened to me a few times in my life and it made me very wary of playing games with other people. I have fond memories of playing the old 1986 Fireball Island game by myself. I made up my own rules, used the board as a location for my G. I. Joes to explore, and generally enjoyed my time with the game, but it was always a solitary activity which I think led to my inevitable abandonment of board games for many years.

In retrospect, maybe I was unconsciously aware that in playing these inherently social games alone, I was missing a key part of the experience.  Which isn’t to say that solo games aren’t good – solo games can be great! – but loneliness wasn’t a welcome playmate back then, since it was all I had.

In high school, I started getting into card games. Everyone I knew had started playing Magic: The Gathering, but for some reason I picked up a pack of Vampire: The Eternal Struggle (called Jyhad at the time, a name which clearly hasn’t aged well). I really loved the theme of the game and longed to have someone to play with, but my social anxiety meant that I spent a lot of time playing against myself.

Flash forward a decade without much change.

My first group experience with tabletop games since that time was in college. I found friends that enjoyed roleplaying and board games and every weekend we’d convene at my friend Kevin’s house for his Golden Age superhero’s game. There were roughly 10 or so players at any given time and Kev would run for groups of 3 or 4 for about an hour before switching to a new group. We’d go round and round, with everyone getting a few turns at the game, before calling it a night.  It was college and we had tons of time to play, and our GMs would run absolute marathon sessions.

In between turns on stage, the people not currently playing would break out card and board games. We played endless rounds of Magic, Illuminati, Puerto Rico, and Settlers of Catan. These games were new and exciting, but I still had a hard time engaging them. While these people were my friends, they didn’t always present the games in an accessible way and often left me feeling like they thought I was stupid when I couldn’t grasp a rule or strategy on the first try, the sort of subtle, semi-conscious gatekeeping that can make a person feel unwelcome even when they’re invited to the table.

I was surrounded by a lot of new people and new games, and those folks who were incredibly familiar with the games we were all playing didn’t go to much effort to make relative newcomers like myself feel comfortable or competitive.  So I would play, only half understanding the rules, and refusing to ask for clarification due to a fear of being judged or worse – unwelcome.

After all that, you might ask “Jess, with so many obstacles in your past, how the hell did you actually become not only a lover of tabletop games but a reviewer?”.

When I moved to NYC roughly 15 years ago, Andrew and I knew one other couple in the area and we started getting together with them for game nights. They had a small collection and we’d often play the same ones over an over. A group favorite was Arkham Horror (second edition). We got so good at the game that over time we kept adding in more and more expansions until the game became a bloated, horrifying elder god unto itself. Playing Arkham with those friends was a blast, and for the first time in my life, I was enjoying the social experience of playing games, but I still felt uncomfortable with the idea of going outside of my friend group. The socially anxious side of me was still deeply ingrained, harder to slay than Azathoth ever was.

That didn’t change until I discovered a group that ran tabletop events in the city. They held large meet-ups where people could play rpgs and board games with others from all over New York. Our game nights were fantastic, but our friends weren’t into roleplaying games, and I missed those marathon D&D campaigns from college. I decided to take a chance and attend one of these events, leveraging my love of roleplaying against my still very active anxiety.  Every once in a while, I get brave.

I ended up playing in a Cthulhu adventure game with a GM that reminded me of the good times I had with my college buddies.  He invited me to his house to play again, so once again throwing social anxiety to the wind (and this time dragging Andrew along), I decided “Why not?”. We drove over and ended up having a really fun time. We scheduled a second session and prepared for another delve into the mysteries of Lovecraftian horrors. The night of the second session, though, a couple of players ended up having to cancel at the last minute. Instead of having us turn around and go straight home, one of the other players suggested we try a board game. He broke out Elder Sign, a cooperative card game that was also based in the Cthulhu mythos.

Writing this article has reminded me just how important the Elder Gods were to my evolution as a board gamer. 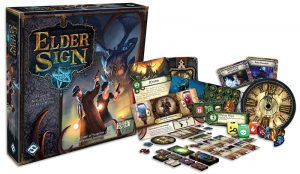 Both the GM and the other player at the table were seasoned teachers of games. As I would learn, the other player actually ran a monthly board game night in Manhattan and would regularly help new players learn games. With their guidance, I was able to learn how to play without the looming weight of the theoretical judgement of strangers hanging over me.

We had a fantastic time exploring the Arkham Museum, battling horrifying creatures, discovering eldritch artifacts, and bemoaning our terrible die rolls. Upon returning home that night, Andrew immediately ordered himself a copy of Elder Sign and planted the first seed of our collection which would eventually grow and grow as we discovered the vast world of games.

We started attending the board game nights that my friend hosted, we bought the games we played there and found new ones that looked fun, and, with the alarming fixation of a couple of geeks who have found their calling, fell head over heels into love with board games.

Since that fateful evening fighting the faceless horrors of Elder Sign, I have played hundreds of games with countless players of all stripes. Gaming has helped me build up my comfort with other people and made it so much easier to socialize even when not playing a game. The games mentioned here are some touchstones along my rocky path and while they might not make it to my table much anymore, they still hold a special place in my heart for their role in making me the lover of board games that I am today!

What games got you into board gaming? Let me know in the comments below!

This article is my contribution to the 2020 Tabletop Writers Diversity Initiative. If you would like to learn more and/or join in the challenge, visit www.tabletopwritersguild.org 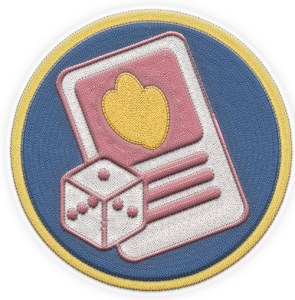