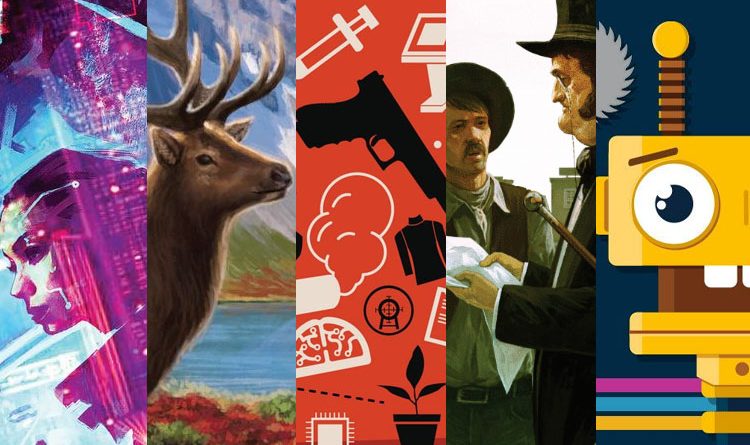 In Too Deep (Reboot)

In Too Deep is a narrative game with a fascinating story. The players are part of a secret organization trying to stop a powerful synidicate from enacting their final plan. To do so you are hacking into the brains of syndicate members and controlling their actions from within. The longer you stay hacked in the more control you have, but the more corruption you gain as well. Each turn you’ll be completing missions for the syndicate; earning you trust and information against them as well as dilemmas which could permanently alter your morality level. Gather enough evidence and you take down the syndicate and win. 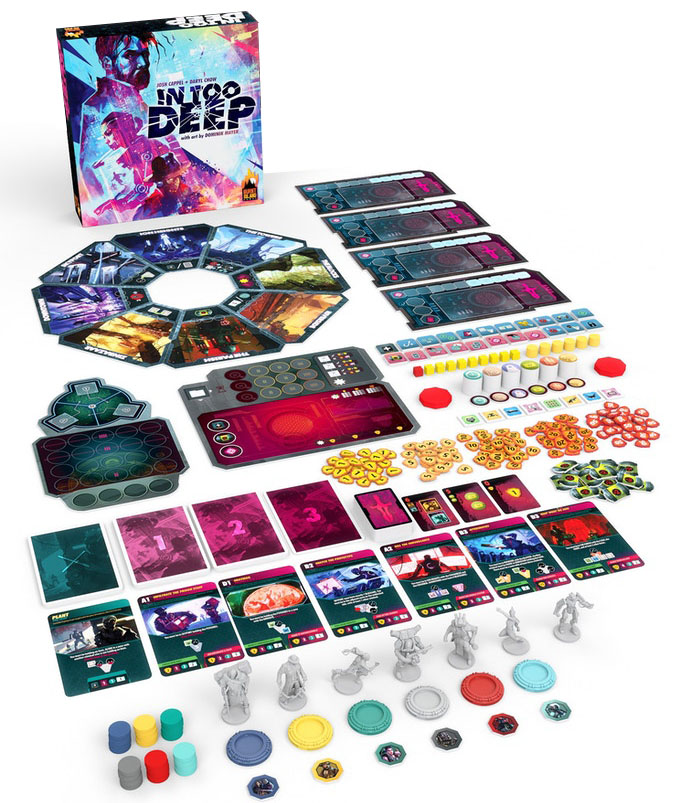 I haven’t seen many games play with a morality scale like this so it sounds like a interesting mechanic. Maintaining the balance between right and wrong sounds like it will make for a Tense game. I also love the idea of doing undercover work in a cyberpunk world and the art design is excitingly colorful and stylistic. Dig deeper into In Too Deep here on Kickstarter.

I did a full preview of Cascadia earlier this week, but the long and the short of it is this: You are creating habitats for a variety of animals in the Pacific Northwest. Each animal scores differently and there are 3 versions of each animal, so you have plenty of variability between games. Each turn you’ll be picking a land tile/animal token pairing and then placing it into your tableau. You gain points based on how well you meet the animal’s scoring requirements, largest contiguous landmasses of any land type, and bonus points for any nature tokens you’ve earned. 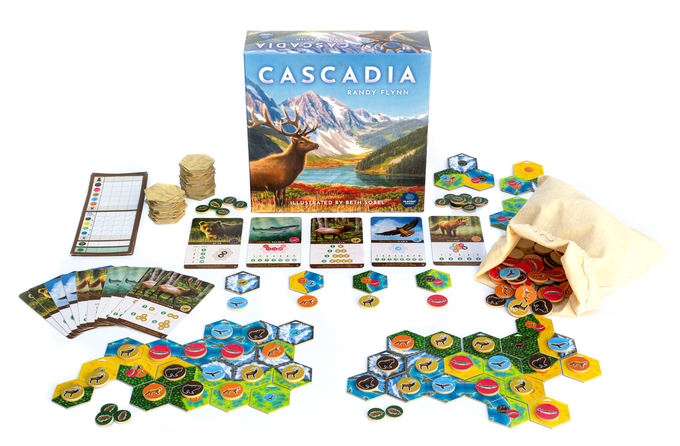 Cascadia is quick to learn and play and forgiving about how you build out your habitat, making it a relaxing and satisfying set collection game. Learn more in my video or on Kickstarter here.

In Facility 07 players take on the roles of secret agents who are infiltrating the facility of the evil Professor Norwood. They’ll need to avoid guards, escape traps, and collect data as they explore. The goal of the game is to discover and hack into the Mainframe by exploring all of the Room Cards in the Room Deck and then to escape with as much data as they can before everything blows up. Room tiles are added to the board one by one meaning that you never quite know what you’ll encounter next. Once the mainframe is hacked, players must race to escape. During this phase, players can attack other Agents and hack Connection Nodes to gain data. The person who escapes with the most data wins. 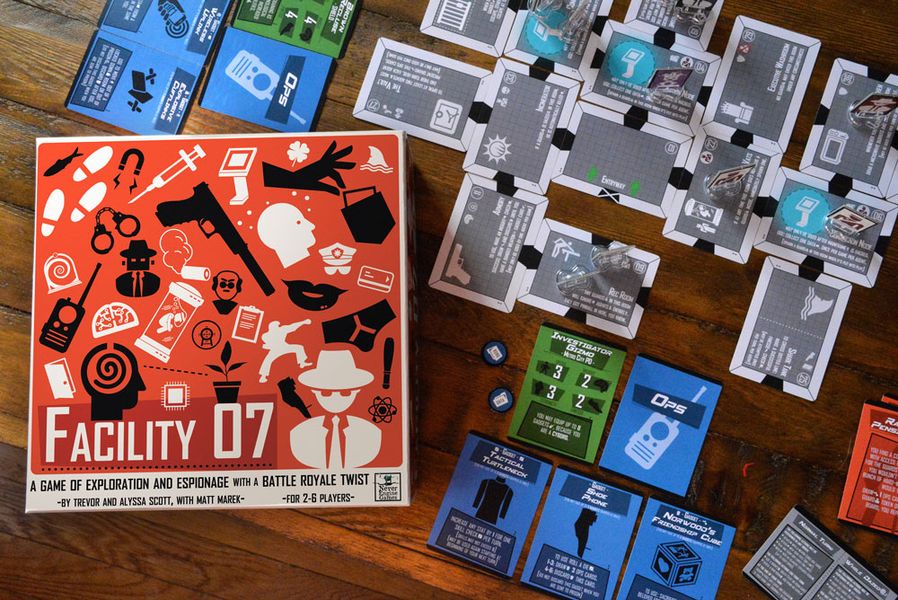 The game is an intriguing mix of dungeon-delving and take that mechanics. The gameplay looks like a chaotic romp of backstabbing and sneaking, but I like that the game keeps the tone light with its tongue-in-cheek humor and references to famous spies. You can check out Facility 07 on Kickstarter here.

In Embarcadero, the Gold Rush is here and it’s time to seize your golden opportunity to take control of the waterfront! You’ll have three rounds to claim abandoned ships and construct buildings on the hulls of those ships to fulfill goals, move up on the council track, and earn influence over the wharf; each of which earn you points. The player who earned the most points at the end of the game wins.

Embarcadero looks like a fun mix of area-control, tile-placement, and hand-management. I really like the 3 dimensional nature of the game where you lay down tiles and then add layers of buildings on top of them. It looks like it will give that game a nice table presence and make it easy to see how advanced your structures are. Learn more about Embarcadero here on Kickstarter.

Bots Up is scrappy card game of robot assembly and battling. Players will start the game with a randomly drawn and assembled bot. Then they will try to upgrade pieces of their bot by swapping out 2 parts with parts from the deck. With their bot finally assembled, they’l head into battle; using battle cards to take actions in the melee. Each part of the bot has different health totals and, as it takes damage, you’ll update those totals with health counters. The last bot standing wins or you can end the game at the first knockout with the bot that has the highest remaining health winning the battle.

I don’t usually like player elimination games as I hate it when players have to sit around while everyone else is having fun, but Bots Up seems like it will play so fast that the downtime is minimized. This one looks like a fun, family-weight game. Check out Bots Up on Kickstarter here.