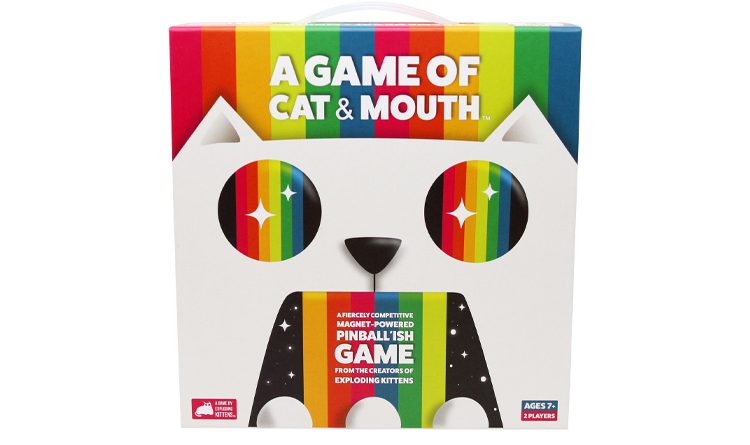 Exploding Kittens is back in action bringing cats and games together in a goofy and entertaining union. Today they announced their latest product, A Game of Cat & Mouth. It’s a competitive, 2 player catapult game powered by magnets. Each player will have “Kitty Paw Flickers” that attach to the board and must use it to fling balls through the cats mouth to reach their opponents’ side. 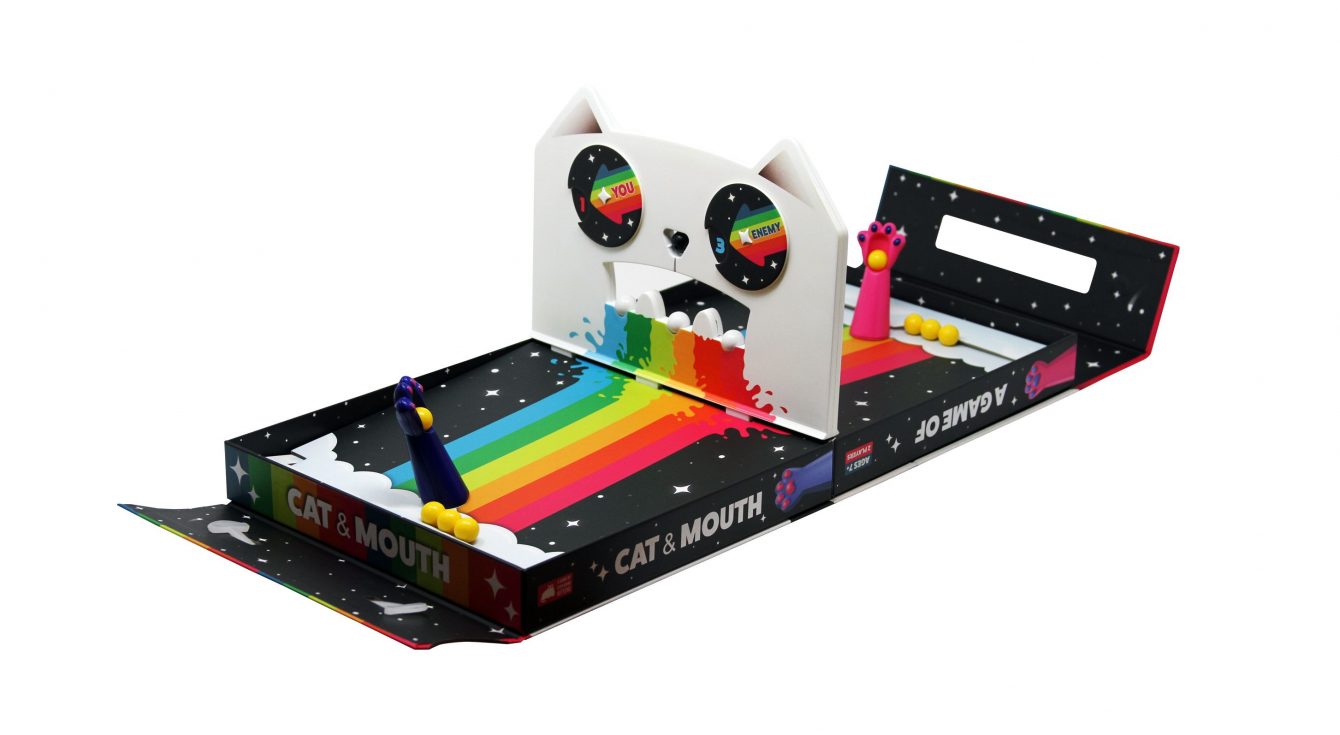 There are three ways to score a round. You can either knock out the black nose ball, knock out the three teeth, or get all eight balls to your opponent’s side. Play for five rounds (or  as many as you like) and the person who scored the most rounds, wins the game.

“Fun two-player games have been notoriously absent from the tabletop industry, and ‘A Game of Cat & Mouth‘ was born out of the desire to fill that void,” said Elan Lee, Co-Creator and CEO of Exploding Kittens. “This game is unlike anything we’ve created before, and the fact that we developed and manufactured it while working across timezones, borders, and from our homes makes it even more special.” 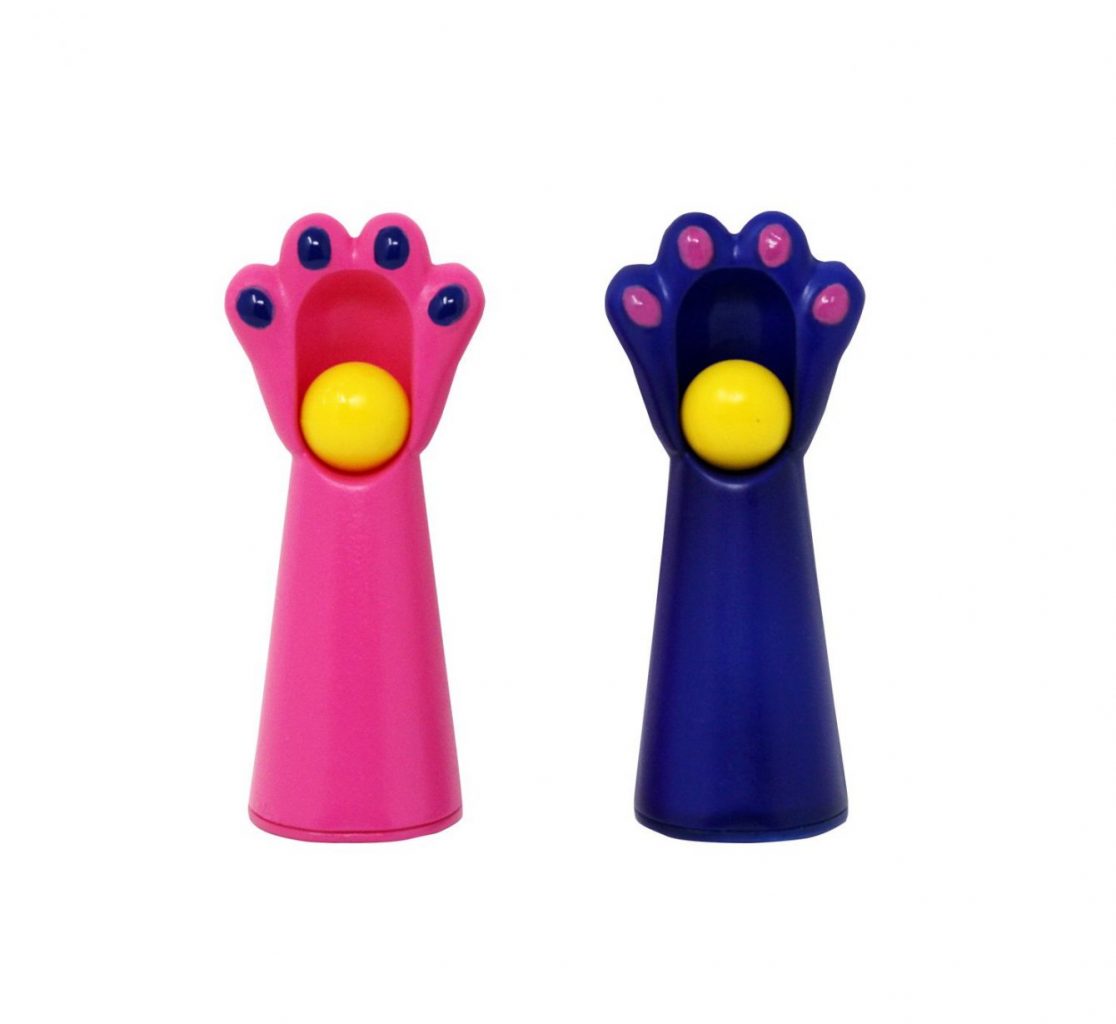 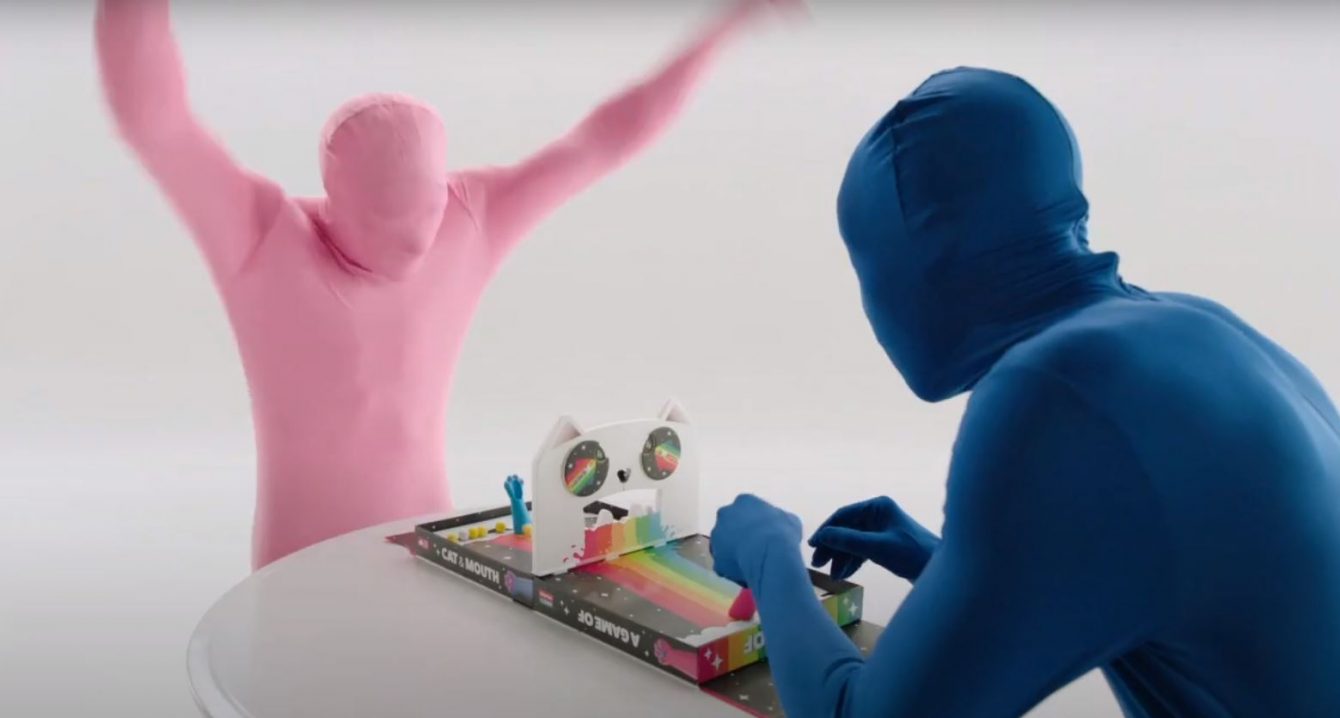 According to their press release: “Beginning with the launch of Cat & Mouth, Exploding Kittens will join Best Friends Animal Society, a national animal welfare organization dedicated to ending the killing of shelter animals, in a partnership to save cats. This is especially crucial, as cats are the most at-risk animals in shelters across the country (at the rate of approximately three cats to one dog). Beginning mid-October, Exploding Kittens will work with TikTok and Instagram influencers to promote the game and amplify this message in an effort to save cats leading up to National Cat Day on October 29.”

“How cool is it that playing A Game of Cat & Mouth will not only keep you entertained, but it also helps real cats at shelters across the country?,” said Marc Peralta, Chief Mission Officer at Best Friends Animal Society. “Playing games has become a huge trend during quarantine and if you ask us, Cat & Mouth is a fantastic activity for cat lovers to pass the time in a really fun and positive way.”

A Game of Cat & Mouth is available exclusively at Target, Target.com, and ExplodingKittens.com for $24.99. For more information and a tournament-style bracket, please visit www.CatandMouth.game.