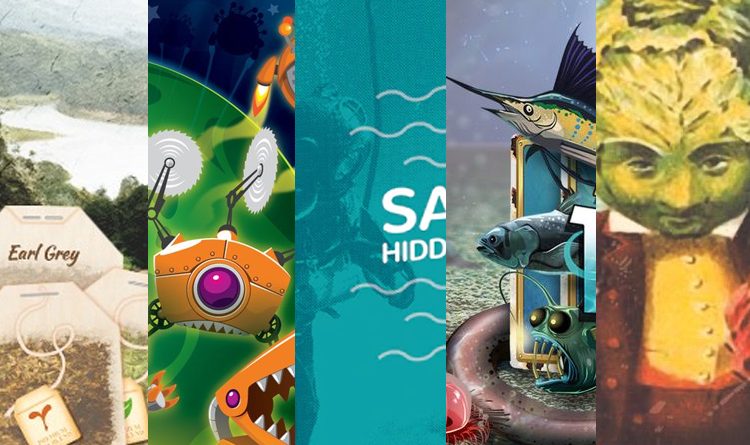 Andrew
Hi folks!  Jess is taking the week off, so I’m here to fill your eyeballs with some more Kickstarter goodness!  On the docket today are the crushing depths of the ocean, orange extraterrestrials, and a nightmare made of vegetables.  But first, some tea! 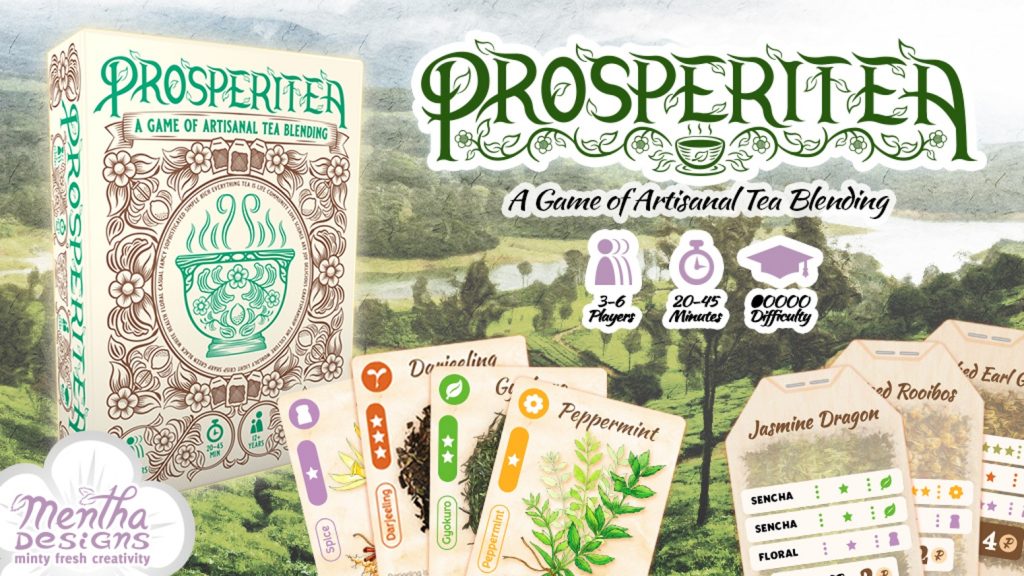 From the maker of Cantankerous Cats comes a serenely-themed hand management and set collection game about running a tea shop.  Gameplay consists of gathering up ingredients by managing your budget and then using those ingredients to fulfill orders either for more profit or for prestige.  The gameplay looks straightforward and clean and the theme absolutely charmed me immediately.  Prosperitea is beautifully-illustrated too, and I think it will make for some really enjoyable teatime entertainment.  I only wish it played 2 players. 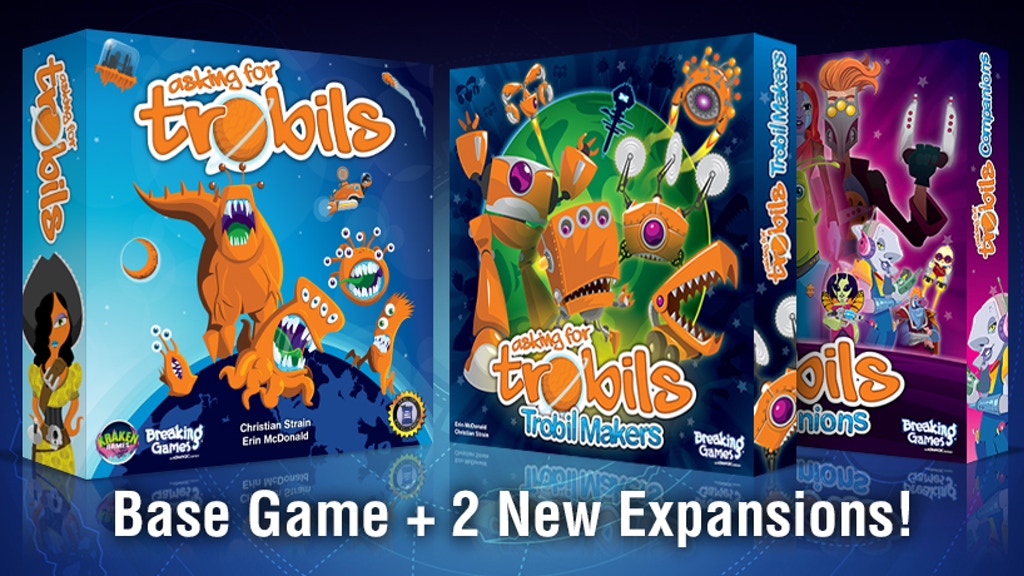 We’ve previously reviewed Asking for Trobils, but the quick summary of the core game is that it’s a worker-placement game with a twist, where you get to modify the effects of different placement actions to adapt to your strategy.  Also, everything is very orange, for reasons that still defy me.  But chromatic quirks aside, Asking for Trobils is a very clever game with lots of small strategic decisions around how and when to deploy your pieces to the various spaces around the board, especially once you factor in the fact that bumping another player’s worker out of a space actually helps them!

This time around, Breaking Games is also Kickstarting 2 expansions for the base game.  Companions adds companions (duh) which come with bonus effects that will help you haul in resources (at the cost of giving them a ride to wherever it is they need to go).  The Trobil Makers expansion adds additional opportunities to score points as well as ways of further customizing your ships for even bigger actions!  Asking for Trobils is a great game and we think these added expansions will make it even better! 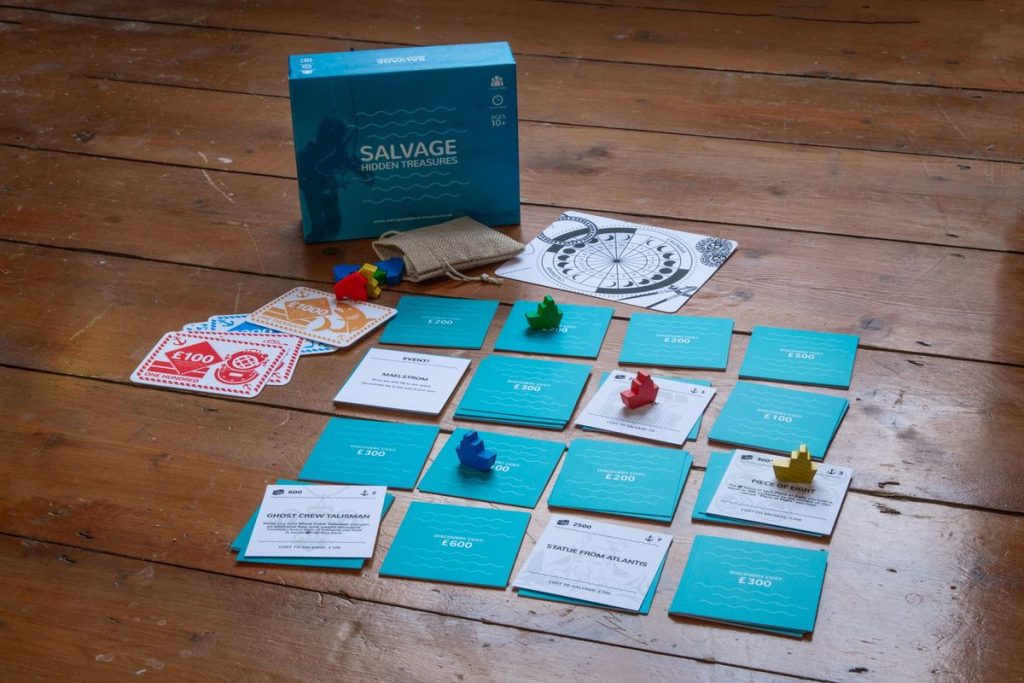 A game about competitive, well, salvaging, Salvage Hidden Treasures sees up to 4 players as commanders of their own salvage fleets.  Each turn, you will move around the ocean, comprised of a grid of randomly-distributed cards, and you will spend actions (and cash) to discover and gather up treasures.  Each boat has a limited capacity, so you’ll definitely look to expand your fleet to hold more loot, but you’ll also want to be on the lookout for the random, dangerous, and unpredictable event tiles that are scattered across the waves.  I really like the minimalist aesthetic of this one, and the gameplay seems like a nice balance between randomness and strategy. 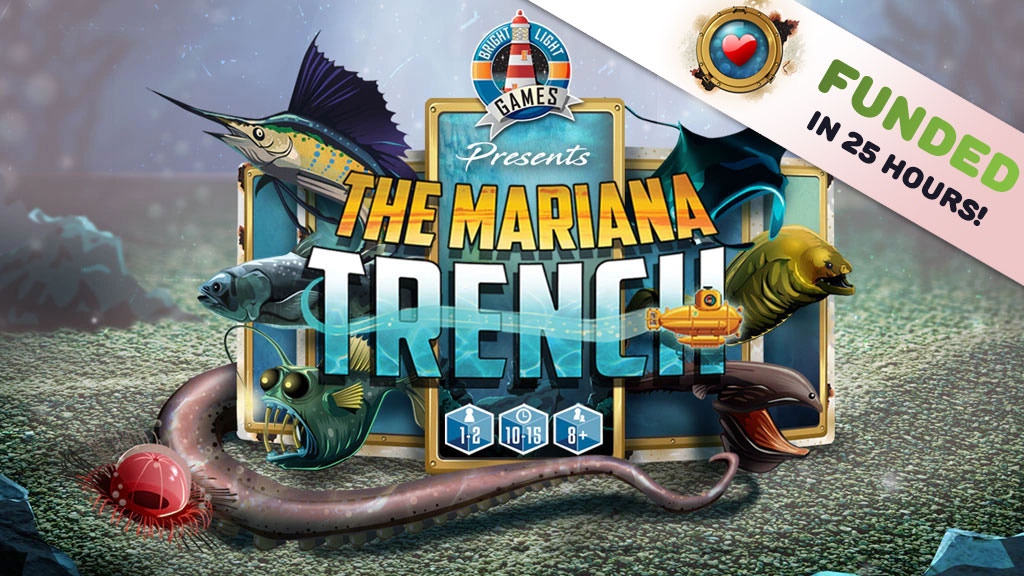 Another game of oceanic exploration, in The Mariana Trench you will command a research sub, exploring the dangerous and foreboding depths of the deepest ocean trench on Earth, a concept I honestly find utterly terrifying.  In the game, you will endeavor to gather research data by diving deeper and deeper, encountering subaquatic life and constantly improving your submersible to endure this most extreme environment.

I love the art style here, and the set collection mechanics reward players for pushing further down into the unknown.  Interestingly, it is a 1-2 player game, with the competitive gameplay centered around seeing who can be the most successful aquanaut! 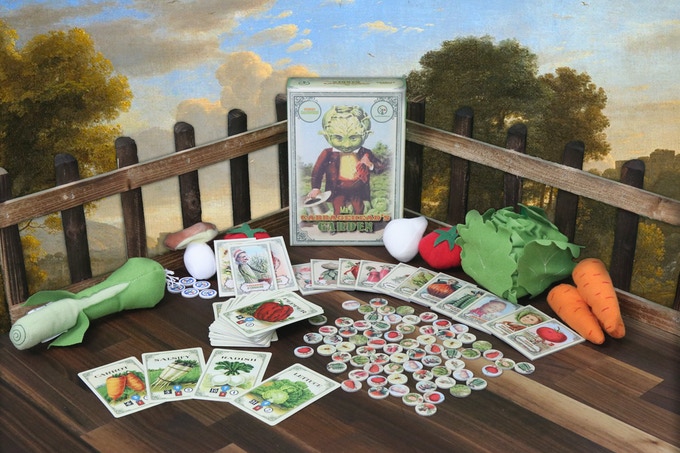 Ok, for a minute there, I thought descending into the deepest chasms of the ocean would be the most terrifying theme for a game on my list this week, but along came Mr. Cabbagehead’s Garden, and I mean, just look at this. 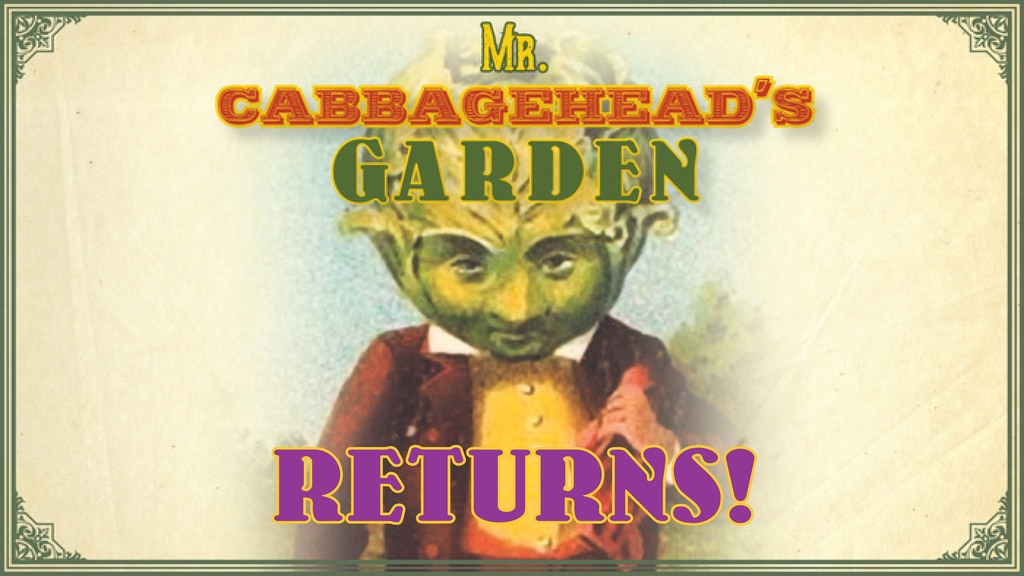 Mr. Cabbagehead, nightmare fuel that he is just wants to grow his prize-winning veggies in peace, but his neighbors just can’t resist sneaking into his garden whenever he’s on holiday.  Over the course of the game, you will add cards to your garden, looking to build sets and patterns to score big points with the Garden Committee.  Of course, you’ll have to account for his irksome neighbors and managing his bee colony, but if you do your job right, then you’ll be the toast of the town with your prize garden!

This reprint of the 1-2 player vegetable planting, anthropomorphic vegetable nightmare simulator only has a day to go but it has already crushed its goals.  If you’re looking for something unique for a solo or 2-player experience, then look no further!…but I wouldn’t stare too long.  He’s watching you.

So that’s a week’s worth of Kickstarter games that I think are worth checking out.  Did I miss any!  Please leave your suggestions or comments down below!