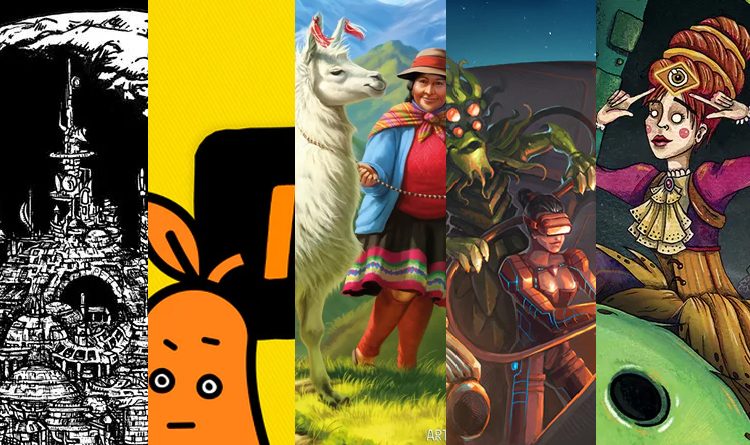 Jess
This week has been sooooo stressful. Let’s bury ourselves in Kickstarters for a few minutes.

Escape the Dark ______ is such a fantastic series of games. We love how all of them challenge you to explore room after room of dangers, making choices and fighting for your life, and desperately trying to survive long enough to escape. This Kickstarter is funding four new expansions for Escape the Dark Sector. Each of the 3 smaller expansions adds a new boss, 12 new chapters, as well as new items, dice, and mechanics.  The Collector’s Box includes 4 new bosses, 3 new starting cards, a mech suit, new weapons, ammo dice health trackers, a dice bag, and an “Acting Captain” card that helps players keep track of who is  leading the crew in each chapter. 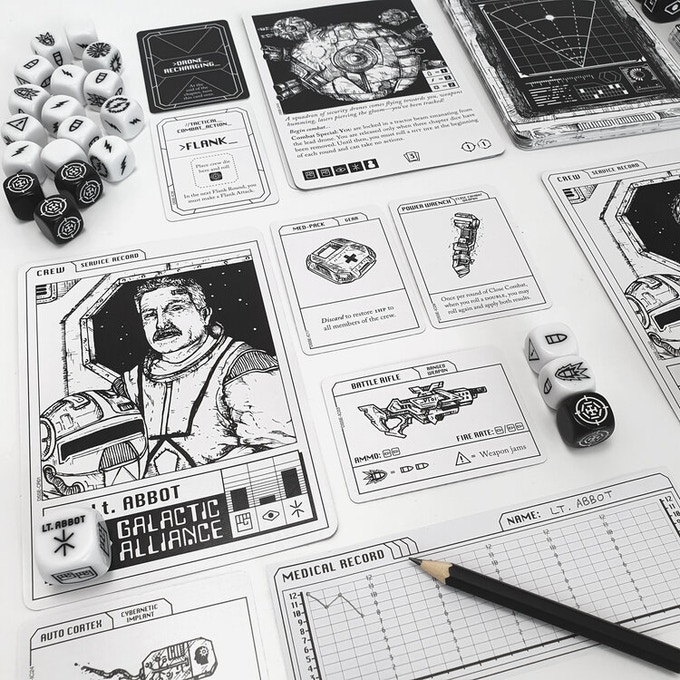 If you love challenging co-op games and “Choose Your Own Adventure” style games then you should absolutely check out Escape the Dark Sector and its expansions. If you don’t own the game you can pick it up as part of this Kickstarter. We’ll have a full review of the base game soon to help illustrate why this game is an absolute blast. Till then, check out Escape the Dark Sector – Expand the Universe on Kickstarter here.

Don’t Get Got: Secret Missions with Shut Up And Sit Down

Don’t Get Got is a delightfully tricky party game where players have a list of secret missions they must accomplish. These missions will task them with doing something without getting caught or convincing the other players to do something without realizing it is part of the game. If you get caught you must flip your mission card to the “Failed it” side. If you manage an assigned task you will reveal it to the player/s that you tricked and flip it to its “Nailed it” side. Accomplish 3 of your tasks first and you win! This Kickstarter is funding a new expansion that includes 10 plastic wallets, 1 collectible sticker, and 120 missions new missions created by Shut Up and Sit Down.

I like that this game is kind of a meta-game. It is played in the background of a normal party and you never quite know if something someone is doing is part of the game until you’ve been “Got”. It sounds like it creates a fun tension that will have players concocting all sorts of strange schemes to accomplish their goals. If you’re a fan of Don’t Get Got or think it sounds like a good time check out the Kickstarter here as SU&SD are some really funny people and I’m sure they’ve come up with some devious challenges for the game.

P’achakuna is a route-building game where 2 players (and their llamas), must try to find the best paths to the hidden mountain villages in the Andes. The game uses a double-level modular board to provide unique challenges each time you play. One player will control the black llamas and one will have the white llamas. The black llamas can only travel on the mountain part of the tiles while the white llamas can only move along the flat parts. Thus players will need to rotate the modular tiles to create paths for themselves and blocks their opponent. You gain resources by trading with the villages using your llamas and the first player to collect 7 different resources wins. 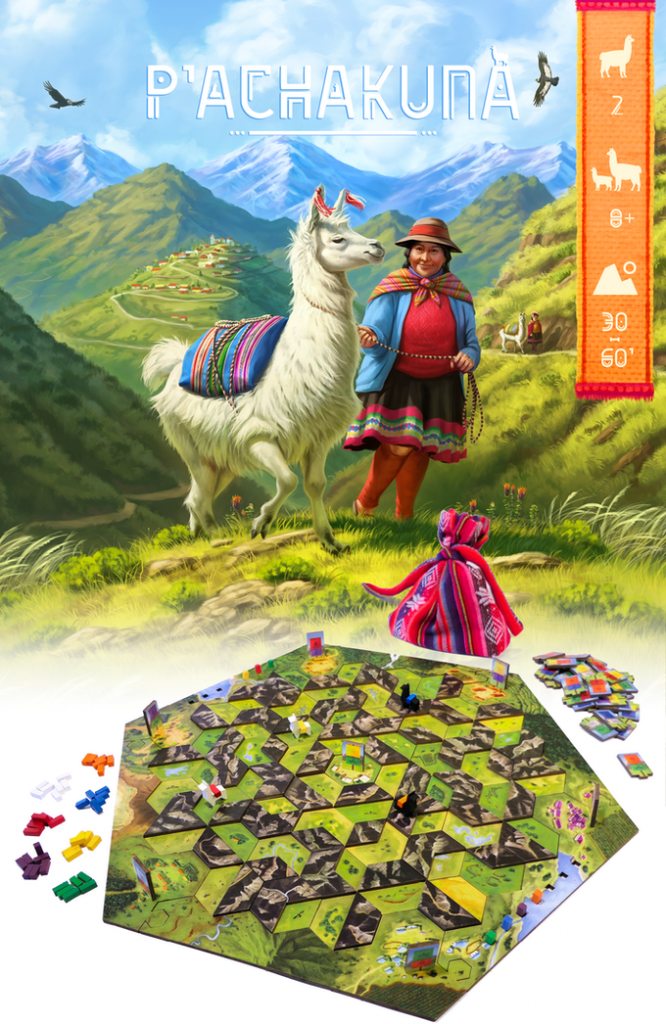 P’achakuna looks like a really unique take on route-building building. The spatial aspect of the game looks really clever and I like that the board is continually changing as you play. You can learn more about P’achakuna here on Kickstarter.

In this engine-building/ worker-placement game, players are trying to gain as much Hexis (super valuable minerals) as they can over 5 rounds by expanding their space mining operation. Each round players will take turns building up their space stations by paying for and placing module cards. These modules will do things such as gain you resources, protect you from events, allow you to get victory points, and more. Each addition builds up your engine and reaps more and more rewards each time you activate it. At the end of 5 rounds, the player with most victory point wins.

Star Scrappers: Orbital looks like an elemental engine building game with a fun sci-fi theme. I like that there are event cards you can play that can affect  the other players making for more player interaction than I usually see in this style of game. You can delve into the lore and mechanics of Star Scrappers: Orbital on Kickstarter here.

In Penny Dreadfun England has colonized Hell and, unsurprisingly, unleashed a horde of monsters into London! It’s up to the players to close the portals and save the world utilizing famous characters from history and literature and with some clever deckbuilding. The game comes as a series of scenarios (although you can play it in 4 different modes) that will take you through a dreadful yet silly adventure. You’ll be crafting your hero deck and moving around the board in order to fulfill missions and fight monsters. 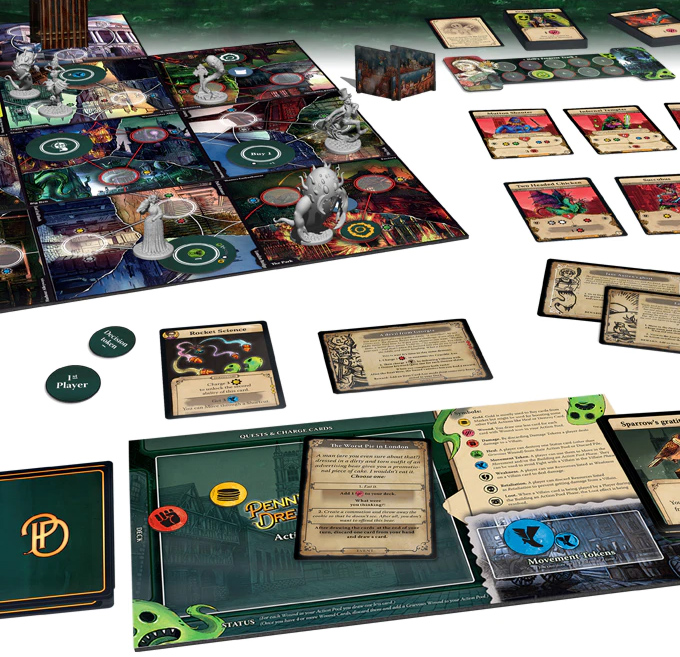 I like that Penny Dreadfun does not take itself seriously. Redi Games takes what could be a horrifying concept and turns it goofy with its kooky art and humorous approach to storytelling. This looks like a great coop game to play with friends who enjoy dark humor and deck-building. Head on over to the Penny Dreadfun Kickstarter to learn more.