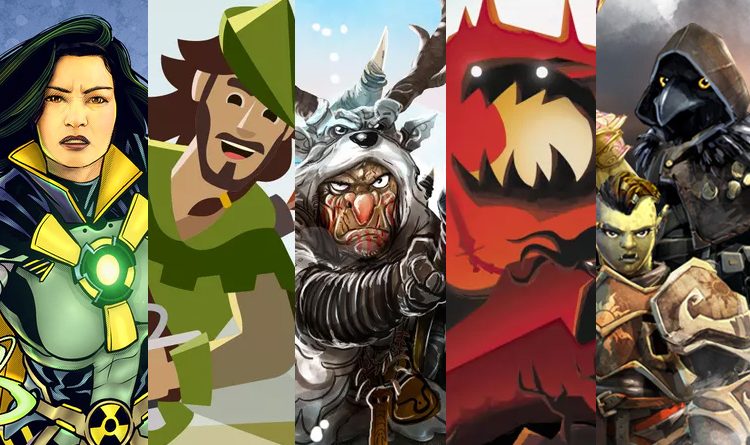 Jess
Happy Friday Folks! Let’s jump right in to our Kickstarter list and see what caught my eye this week!

KAPOW! is a  buildable dice battling game where players faceoff as superheroes vs supervillains. Each round everyone rolls their dice simultaneously and then secretly assigns them to their player boards. Dice will allow you to attack, defend, and power up dice by adding new faces to them. One all dice are assigned the player’s dice are revealed and their actions are taken. This Kickstarter is funding the second edition of KAPOW! which gives you upgraded components, new art, and streamlined gameplay.

Kapow sounds like a fun game of trying to out-think your opponent and i love that you can modify your action die. If you are a fan of KAPOW! and looking to upgrade or just love dice games then make sure to check out KAPOW! on Kickstarter here.

Oh no! The Sherriff of Nottingham has captured Robin Hood and its up to you to save him. In this cooperative card game, players must build up their bands and rescue Robin Hood. You start with a band of 4 characters that have varying levels of stats. These stats (Brawn, Stealth, Wit, & Jolliness) give you different ways to defeat the Sherriff’s guards. By defeating the guards you will free villagers and have the opportunity to recruit them at the end of the round. On the 5th round the players must take the bands they have formed and storm the castle in order to rescue Robin Hood and win the game. 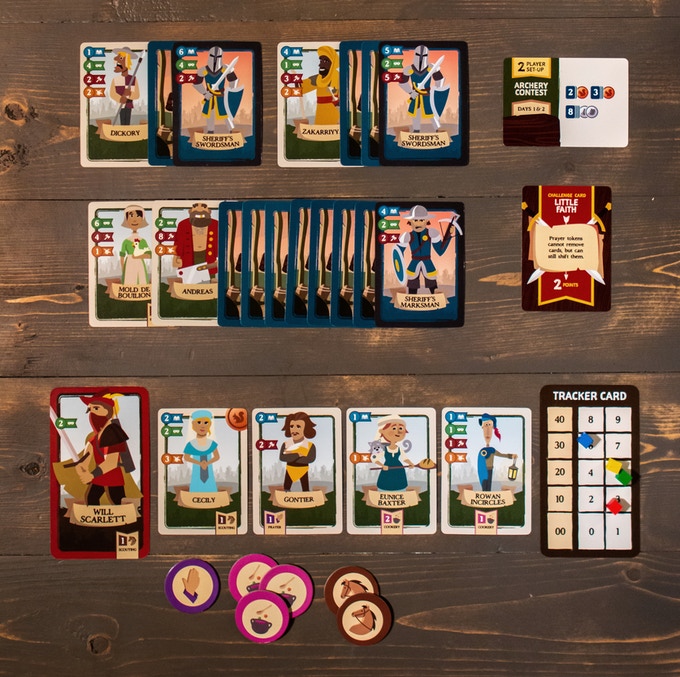 Endless Winter: Paleoamericans is a worker placement/ deck building game where players guide their tribes from survival to flourishing societies. Each turn you’ll be sending workers to action columns which allow them to take multiple actions by paying the cost of each in either cards or food. Cards that you do not use by the end of the round help determine player order and bonus actions. After four rounds the tribe with the most points wins. 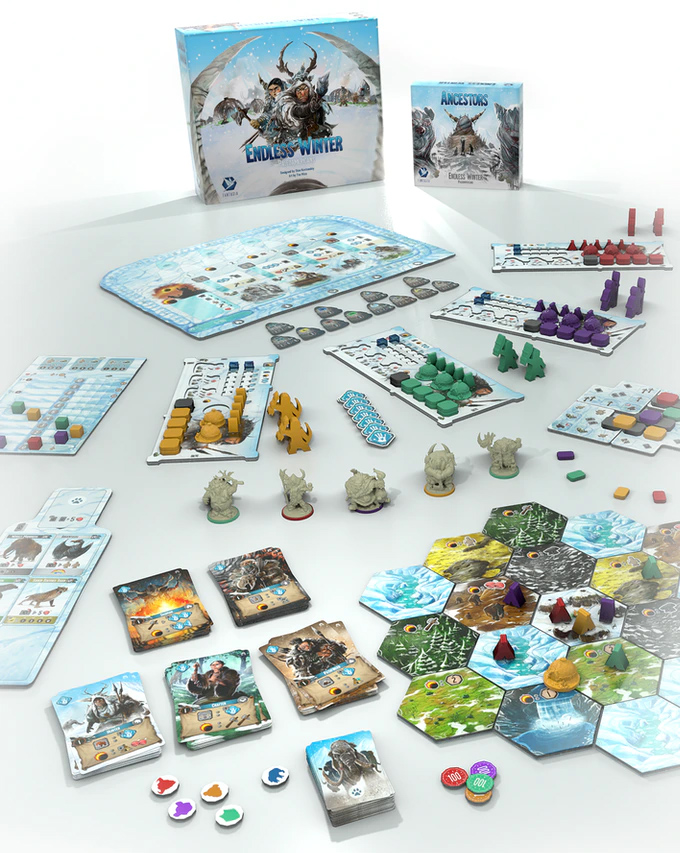 Catacombs is a series of Dexterity-Flicking Dungeon-Delving games and, as the newest installment, Catacombs Monster Pit has 2 new adventures, a solo mode, and can be integrated into the original base game as an expansion. In the game you will have an overworld adventure, where you must build up your forces to defend your citadel from monsters, and an underworld adventure, where you take the fight to the monster’s lair and try to defeat the Catacomb Lord. 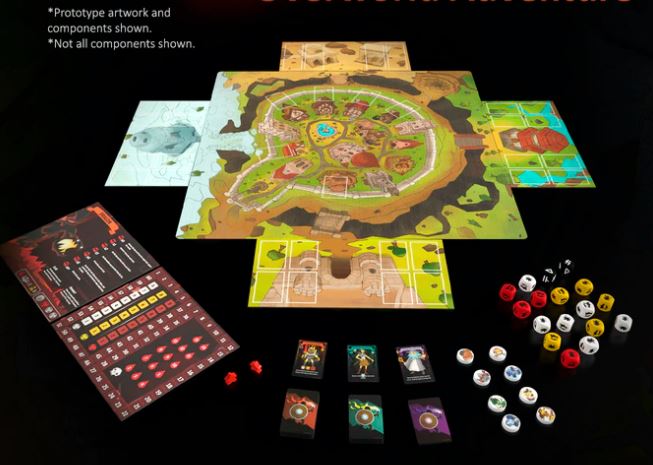 Not only is this campaign funding this newest game in the line, but it is also bringing you a new and improved edition of Catacombs and Castles, a team-based dexterity-flicking battle in the world of Catacombs. This Kickstarter is a great opportunity to dive into the series if you haven’t tried it yet. We had a great time with the original game as well as Catacombs Cubes so I really can’t wait to see how Catacombs Monster Pit comes out. You can back the Catacombs Monster Pit campaign here on Kickstarter.

If you are looking for a more traditional dungeon delver then make sure to check out Bardsung. As unique heroes, you and your party will descend into a procedurally generated dungeon fighting monsters, looting treasures, solving puzzles, and leveling up your hero any way you choose. The game uses a classless system which means that you have control on how your character progresses; choosing any combination of skills and attacks. 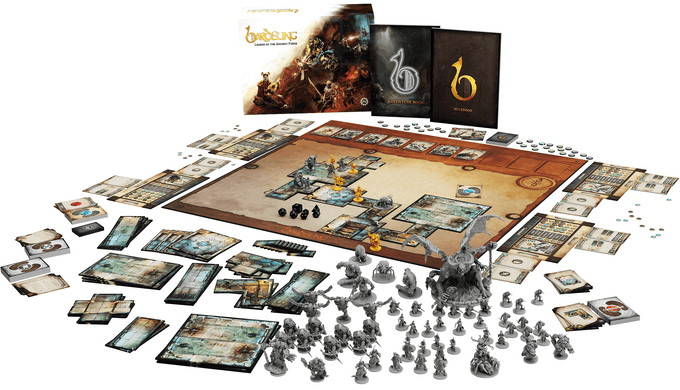 There is a lot to get excited by with Bardsung. I love that the game does not require a game master, so everyone can play on the same team. I also like that the combats use cards that modify the fight making the encouters puzzle-like and requiring you to think about positioning and team-work to win. Bardsung looks like a fun take on the dungeon delving genre and certainly appeals to the roleplayer in me. You can learn more by heading over to the Bardsung Kickstarter here.