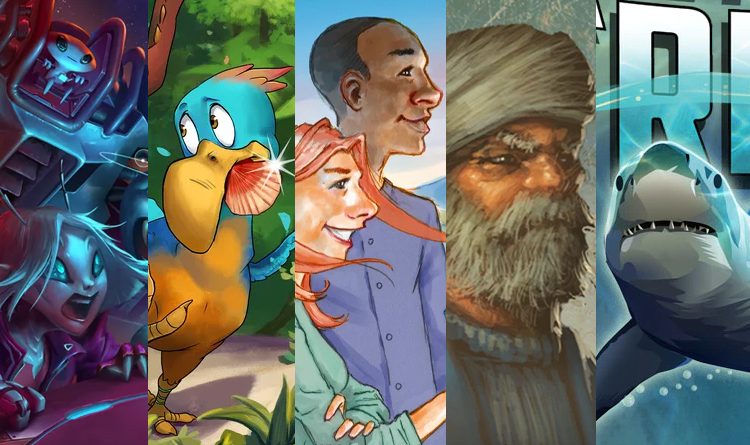 Jess
Oh… still full of turkey and stuffing…
Kickstarters in the list below. They good. Check them out.

In Mission Catastrophe your spaceship is quickly being destroyed by a meteor storm and the crew must scavenge what they can and get to the escape pod before everything blows up. While the game can be played cooperatively, with everyone trying to get out together, you can also play where only one player can get into the pod so getting your supplies and getting out makes it a competitive racing game. 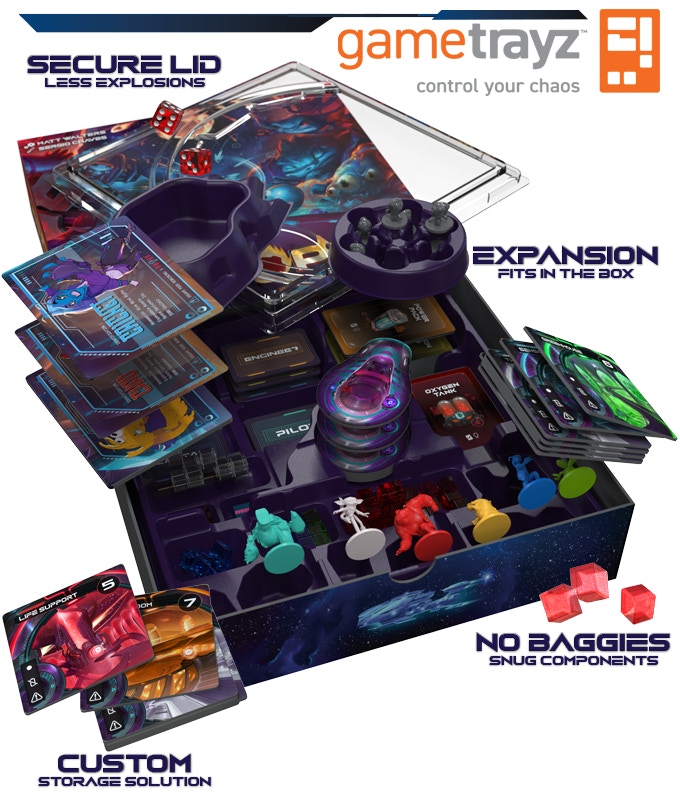 I love games that give you multiple ways to play as well as tense co-ops that come down to the wire. Mission Catastrophe sounds like a blast and the presentation looks fantastic. I think the telescoping box is a fun idea although I worry that the first person to take it off the shelf who doesn’t know about the box is going to dumb the components everywhere. Learn more about Mission Catastrophe here on Kickstarter.

Goofy games that don’t take themselves seriously are often some of my favorites. Dodoresque captures this idea with its’ Dodos; birds with a bigger love of nest building than brains. In the game each Dodo is trying to make the prettiest nest, but to do so they must gather bits and bobs from around the island. You’ll gather items by going through the adventure decks. These cards depict all of the dangerous situations the dodos get into while trying to obtain nesting materials and you’ll need matching action cards to overcome the challenges and get your items. 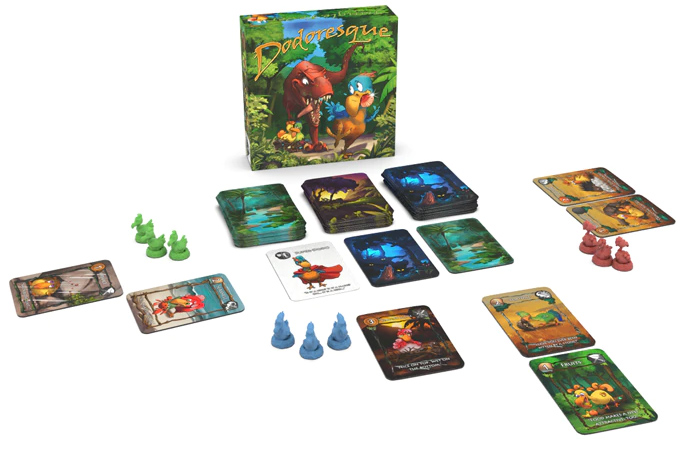 Dodoresque is a cute, silly hand management game that looks fun for up to 9 players. Check it out now on Kickstarter before the project goes extinct.

Naramata is a game about entertaining tourists on a trip through wine country. Each day you’ll need to satisfy your tourists with wine and cheese tastings, photo opportunities, delicious meals, and purchases. As players move around the board the locations they visit lock and each action they take uses up time; pushing them further back on the time track. The person with the earliest time takes the next turn, so managing your time is crucial in order to getting the locations you want. At the end of each day you’ll drop off your tourists and score points based on how well you met their goals. 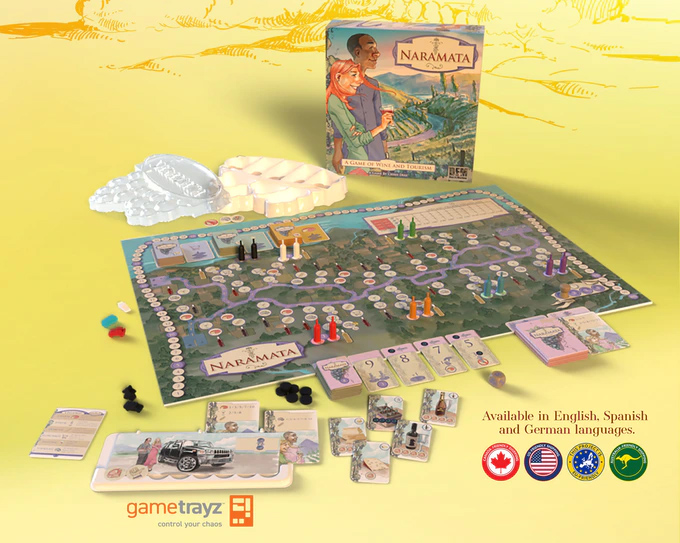 Naramata looks like a fun puzzle of trying to balance between the actions you want against the time you have. I like that the game also has a cooperative mode where players can work together to entertain tourists. It looks pretty strategic, the components look good, and I think the theme will be a hit with anyone who love travel and/or wine. Visit the Naramata Kickstarter here to learn more.

Nemo’s War is an amazing solo game where you play as Captain Nemo navigating the seas as you go on adventures and complete missions. This project adds a whole new expansion with a game guide, new 2 player versus variant, Captain Nemo’s son, new finale cards, upgrades, tokens, and more. The project also covers the Ultimate editions which gives you all of the expansion content in one box.

I’m really excited that the expansion adds 2nd player option. While we have often played the game cooperatively, discussing our moves and strategizing together, I could see Andrew and myself really getting into a battle between Nemos.  If you love Nemo’s War or are just looking for a solo game that gives you challenging and satisfying gameplay, make sure to check out the Nemo’s War: Journey’s End Expansion & Ultimate Edition Kickstarter.

The Mariana Trench is a set collection game about exploring the depths of the Mariana Trench. You score points in the game by researching the mysterious deep-sea creatures that reside in the trench. Your submarine has a limited amount of oxygen, but you can use creatures you collect to upgrade your sub. 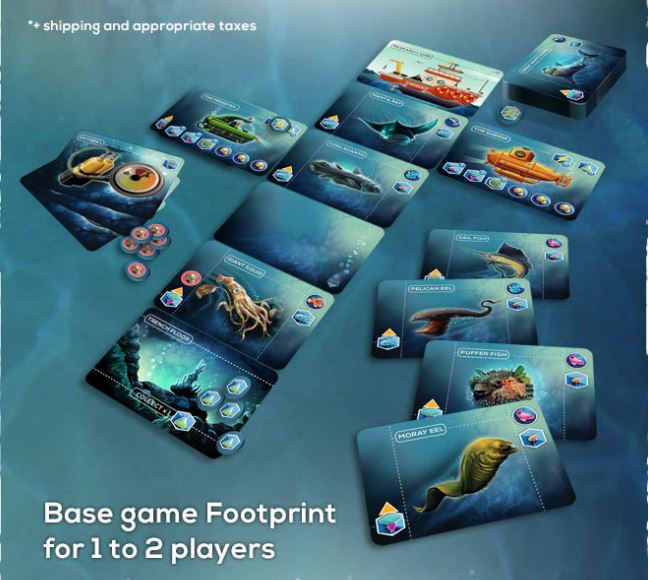 I like that the creatures you collect can serve multiple purposes (upgrading or point scoring) and that the set collection aspect allows cards to count for multiple sets. Its compact size and light gameplay make it sound great for families or to play on the go. Delve into the mysteries of The Mariana Trench by heading over to the Kickstarter page here.