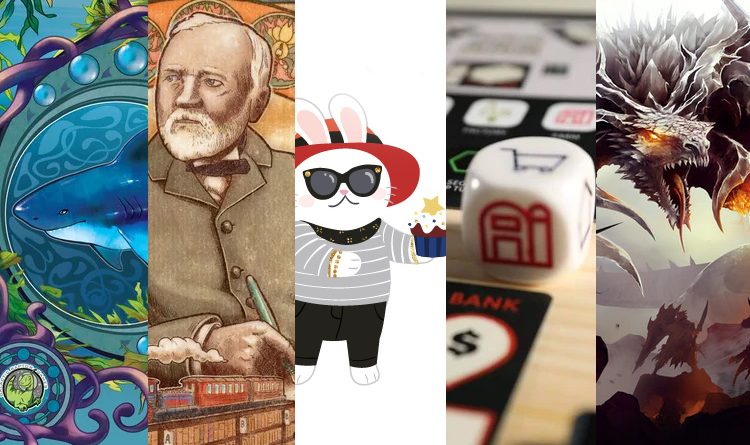 Jess
It’s Friday and I’ve had A WEEK. Yikes. Lets dive right in and forget our woes with this week’s Kickstarter campaigns!

Kingdoms of the Deep

We covered Kingdoms of the Deep in a full preview here, but long story short: the game is a vicious area control game where players seek to control different realms of the undersea kingdom. Each player represents a faction that will send their fishy forces to seize territories and guide sharks to eat their enemies. There are special goals each round that will award you reputation point. You’ll also gain points for having majorities on the capitol tiles during scoring rounds. After 9 rounds the game ends and the player with the most reputation points wins. 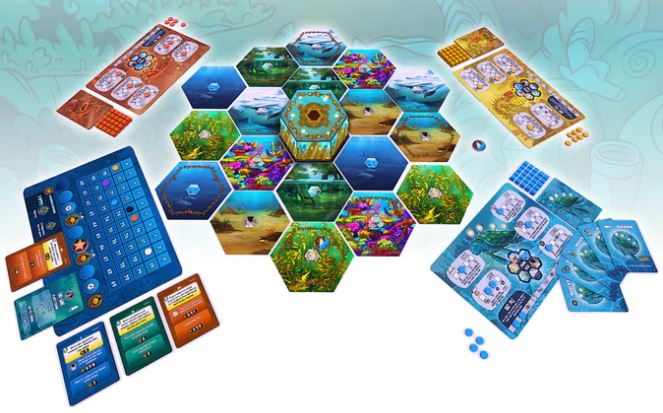 Kingdoms of the Deep is what Andrew calls a “toothy” games. Often times you’ll be caught in a choice between expanding your reach or devastating your opponents forces. If you enjoy that style of game then make sure to swim on over to the Kingdoms of the Deep Kickstarter to learn more.

Inspired by the life of Andrew Carnegie, the board game Carnegie has players building up their businesses, hiring employees, buying real estate, connecting cities, and creating goods to be sold cross the United States. Over 20 rounds the active player will take one of four actions with the other players deciding if they will follow the chosen action. Once an action is resolved players can then activate their company’s departments if they have a meeple stationed there. You’ll gain points for your employees, departments you have built, projects completed, connections between cities, and more. Whoever earned the most points wins! 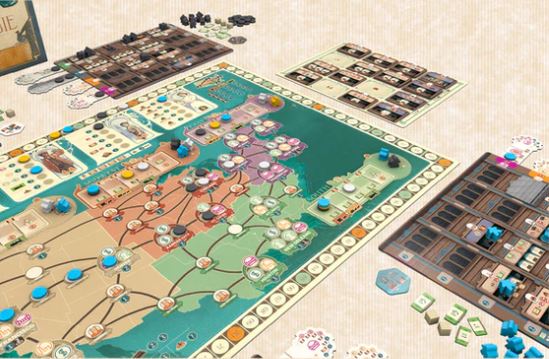 Carnegie has a ton of ways to earn points and a lot to manage through out the game, but because you are only making one choice of action per round, it sounds like the game flows nicely. I’m in love with the color palette and art and the player boards look smartly designed. Learn more about Carnegie here on Kickstarter.

The Night Sky Party is almost here which means it’s time to get decorating! Your and your bunny friends will be trying your best to host the coolest party by adding decorations to your tableau. On your turn you’ll first need to clean up your hand by either discarding a card or giving a card to another player. Then you will draft a villager to help you decorate and then play item cards and events. You’ll need to play every card in your hand, so careful consideration over how you manage your cards is crucial. After cards have been played, players can trade with each other to try to make their parties even better. 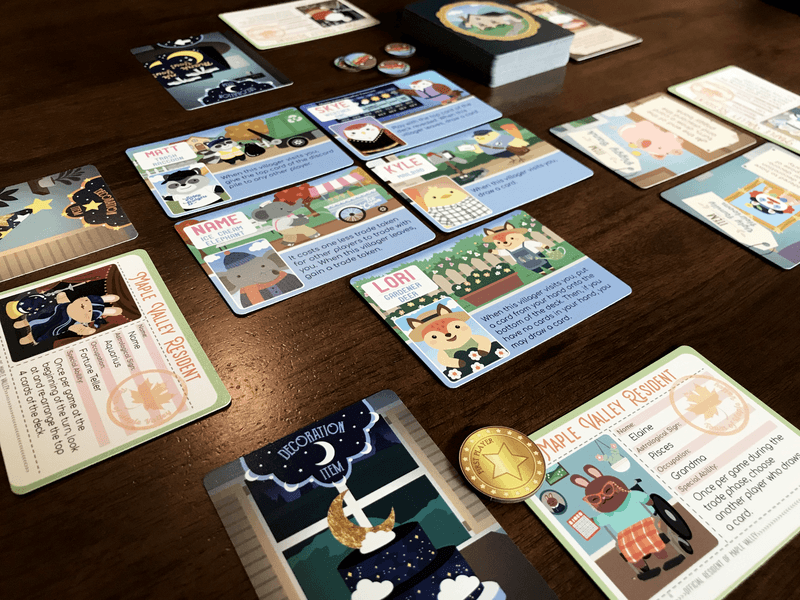 Once a player has 5 moon or 5 star decorations the game ends and whoever has the most wins! Here’s the exciting part: the player to your left or right will also win depending on what you win with (Moons or Stars). This means that there is a semi-cooperative element to the game where you can collaborate with your neighbors to help each other win. I like the idea of multiple winners in a game and helping each other. Bunny Party at Maple Valley is adorable and looks like a fun time. Hop on over to the Kickstarter campaign here to learn more.

Scribbletown is a city-building roll and write. Each turn one player will roll the dice and then everyone will choose 2 of the four results to draw into their city. If you manage to arrange your drawn building to match one of the 6 randomly drawn goal cards for the game, you can construct a special building depicted on the card. Any time you build a factory in your city you must mark off one of the garbage can symbols on your card. If you mark off a garbage can with a junk symbol, you will pass your board to the player on your right where they will draw a junk symbol on an empty space, blocking you from using it in later rounds. There are other ways to fill garbage cans, so you have to be able to change your plans on the fly. The buildings will form neighborhoods which will score you points and at the end of the game the person who earns the most points wins.

The game uses minimal components and is quick to set up and fast to learn, so it looks perfect for times when you want to get in a quick game. I wish it was a little more visually appealing, but the game play looks fun and thinky without being too complicated. Check out Scribbletown on Kickstarter here for more info.

Primal: The Awakening is a cooperative deck crafting game of big ol boss battles. In the game players take on the roles of hunters tasked with fighting giant monsters in either a campaign or a quick one-shot. Each of the characters have their own special abilities, weapon of choice, and badass miniature. The boss monster is represented by a large mini and where you place your character mini in relation to the monster is actually important as locations around the beast will provide different opportunities and attacks. The boss monster will start the game in a stance which gives them a set of cards to fight with. As the boss changes stances it will gain different attack cards. Players will need to complete different objectives while fighting to earn reward cars which can give you special attacks, weaken the boss, or even change the environment.

This game reminds me a lot of boss battles in MMORPGS where players band together to fight against an overwhelming opponent. I like the spatial element to the game and the miniatures look fantastic. You can learn more about Primal: The Awakening by heading over to the Kickstarter campaign here.